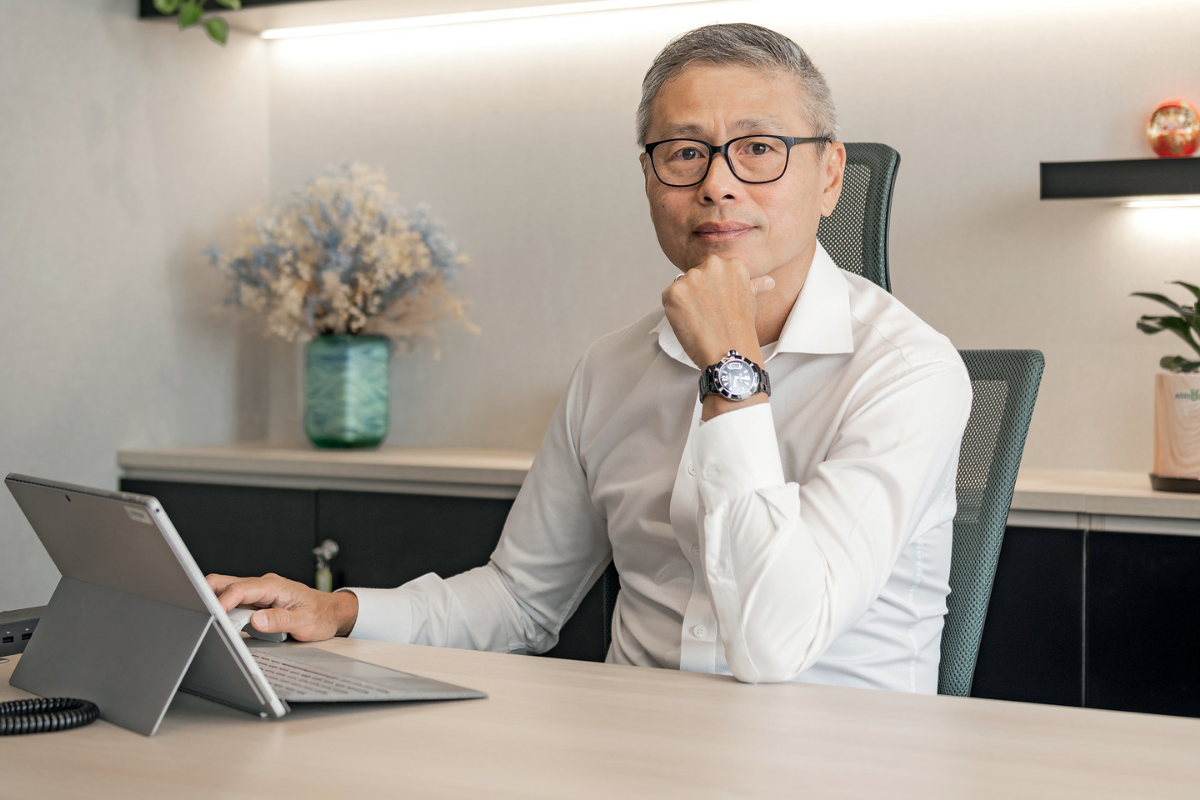 “I was looking at a picture of mine and, oh, the grey hairs I have now,” he laughs. “When I started as the company’s first CEO in 2018, there were about four of us; today, we have more than 100 employees with a footprint which has grown significantly.”

The vision behind BW, a partnership between global equity firm Warburg Pincus and investment and industrial corporation Becamex IDC, was to create Vietnam’s largest platform for renting factories and warehouses.

Boasting a stable political and business environment, low wages and a growing economy, Vietnam has become an increasingly attractive destination for multinational manufacturers, particularly for those looking for a substitute or supplement for their China operations.

“We always plan to cater to the influx of manufacturing and logistics demand from foreign investors and ecommerce players, solidifying our role as the number one industrial platform in Vietnam,” CK explains.

“During COVID-19, Vietnam demonstrated to the rest of the world a very decisive, stringent and efficient government in control, with business, social, political and environmental issues kept stable. This encouraged global players to seriously look at Vietnam to diversify their supply chain or mitigate potential challenges such as COVID-19 and trade wars.”

Thinking outside the box

CK says his initial challenge was to quickly assemble a team, while sourcing land and educating the market about the BW concept at the same time. While he appreciates that the best rule of thumb in real estate is location, location, location, he also believes that a change of mindset is needed, particularly for foreign investors, to take into account varying factors that could influence long-term decisions. 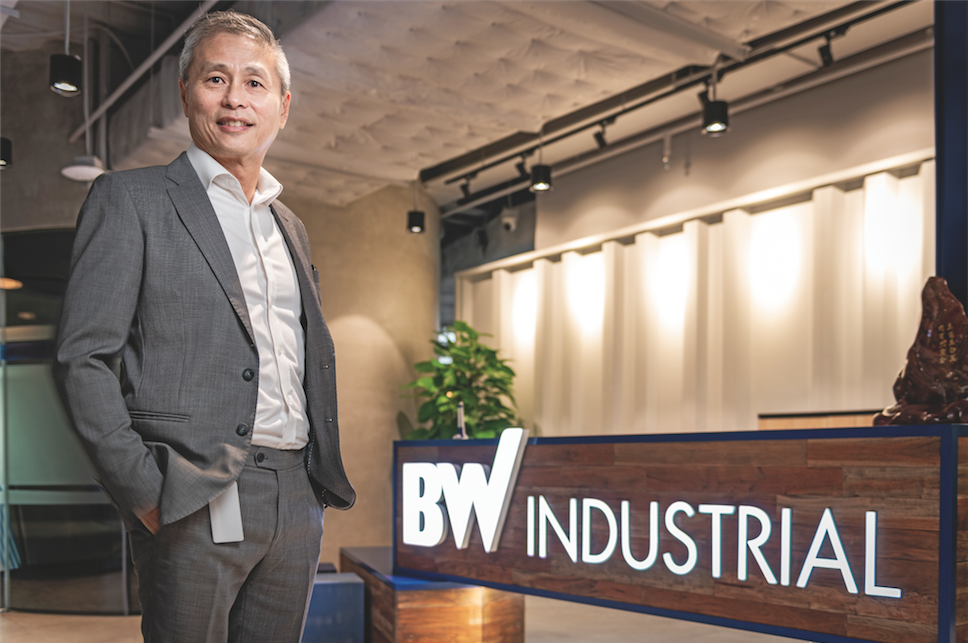 “It is a grey area,” he concedes. “Yes, Vietnam has a lot of land and like any other real estate, it’s all about finding the right piece of land and the right size. But investors will need to be a little more open-minded about choice of locations.

“If they go to an established industrial area, they are going to face competition, not only for land, but also for labour and resources. Meanwhile, areas which may not be so well located or established today may be well connected in the future. It’s a mistake to think the current infrastructure will always remain as it is. For example, construction on the Long Thanh International Airport begins this year and we’re already seeing roads in the south starting to take shape. It’s proof that newcomers have to look at the bigger picture.”

CK says the partnership with Becamex has proven advantageous to BW, helping to give it an edge over emerging competition. With 40 years’ experience, Becamex is recognised as Vietnam’s single largest industrial property developer, luring foreigners into the country for investments in multiple areas including industrial precincts, residential zones, urban areas and smart transport infrastructure.

Becamex is also a 50 per cent shareholder of the Vietnam–Singapore Industrial Park (VSIP), a joint venture with Sembcorp Development to develop industrial parks.

“Over the past 22 years, Becamex has developed and established eight industrial parks, with up to three more planned. It is extremely well known, extremely well connected, and apart from that every province government would like to solicit the presence of VSIP,” CK explains.

“Given that regulations demand manufacturing be done in the industrial parks, we have the advantage of securing land in areas we can confirm will be supported by suppliers. In that respect, Becamex has been a great help in providing solutions for land sourcing.”

It was the move of big brands such as Apple and Samsung into Vietnam that triggered the idea for building and renting factories and warehouses.

BW identified the needs of smaller vendors requiring space to operate supplementary supply chains and has quickly developed a strong reputation for being the go-to solution for tenants armed with specific requirements who want to set up operations quickly.

“While the concept is very established around the world, we were the first to introduce it here in Vietnam,” CK says. “Our portfolio is mainly factories ranging from 1,000- to 5,000-square-metre units, 99 per cent of them housing suppliers of big brands. However, more medium-size players in the furniture, electronics and garment industries are also starting to come.

Demand for warehouses is mainly from ecommerce players, and we offer space ranging from 10,000–80,000 square metres.

“We’re dealing with huge investments, tens of millions of dollars, and we have to give our clients the sense of comfort that we’re not going to waste their time. That begins in sourcing the location; then we need to work with the construction companies and provide the equipment needed.”

While CK concedes that BW is often perceived as either a developer or real estate company, he insists that matching tenants with a local supply chain is an integral and vital operation of the company.

Even before sourcing land, BW is meticulous in its research to discover supply solutions for prospective tenants, which means talking with local governments to discover what infrastructure plans are in the pipeline and how the area will be evolved.

“We have strong connections with local government and this research then leads us to planning where we might locate next,” CK says. “That way, the minute we are ready to take on a tenant we already know the reasons for being there and who would be suitable to move in. We know where the manufacturing volumes are going to be and we also know where the top percentage of workers are going to be, which all translates into consumption.

We always plan to cater to the influx of manufacturing and logistics demand from foreign investors and ecommerce players.

“It’s like providing a road map for the tenant. We can tell them straight away what is going to benefit them in terms of their business. So, we do a lot more than just buying land, building warehouses or factories and then trying to lease them out. We actually sit down with them and have very strategic dialogues telling them, ‘This is where you have to be, if you’re planning on capitalising on this type of growth.’” CK pays tribute to his team for having the passion and drive to execute plans rapidly and work to fulfil exact requirements. He says the challenges of launching a business and successfully managing its process and outcomes in such a short period of time speaks volumes about the culture of the company and how it has flourished as a customer, a supplier and an employer.

CK grew up in Singapore and spent many years working with DHL in China, Hong Kong and Vietnam. His career with the company started in the late 1980s when he worked in a warehouse as a part-time forklift driver to pay for his tuition at San Francisco State University, where he was completing a transportation management degree.

Years later, CK was introduced to the concept of renting industrial sites while working as the Managing Director for DHL’s supply chain in Hong Kong. He was working back in Singapore at DHL Global Forwarding when he was headhunted for the role at BW.

Having enjoyed senior roles in several countries around the world and currently working with an Australian deputy CEO, a Korean COO and a German head of construction, CK thrives on a multicultural atmosphere.

However, he cannot emphasise strongly enough the need for foreign investors and expats to learn about the new country in which they choose to live and do business.

“Whether it is an emerging or developed economy, in Asia, Europe or wherever, every foreign investor or every foreigner moving to a new country should respect the culture, its people and its history,” CK says.

“I think that is critical. They must always try to be positive and not try to apply the standards they are accustomed to in a country operating differently. That is not only ignorant but utterly disrespectful.”

One lesson CK learned about Vietnamese culture is the importance of family, an appreciation he’s developed from his wife Mina, whom he met on his first trip to the country in 1996. He credits Mina with teaching him that there’s more to life than just work. Like their regular Bachata lessons.

“It’s a form of Latin dance and we enjoy doing it together, although Mina is way above my league,” he laughs. “Of course, work is important and I am passionate about it. We should always do our best, giving it 100 per cent, but family is always at the top of the list, as is life outside of work.

“I’ve always told my colleagues and my friends, ‘Don’t worry about a problem, the problems will always be there in your life. The important thing is no matter whether you solve the problem or not, you should still try to find a way to be positive and happy, and enjoy every moment of your life.’” 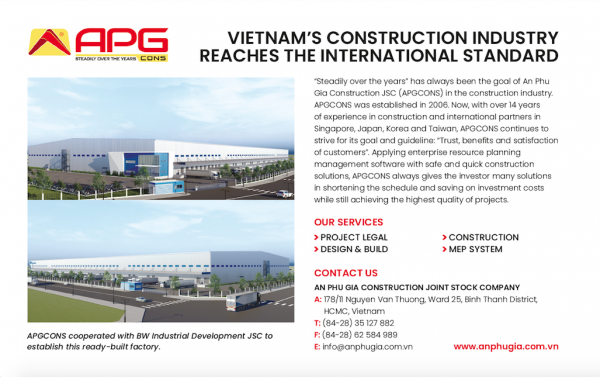 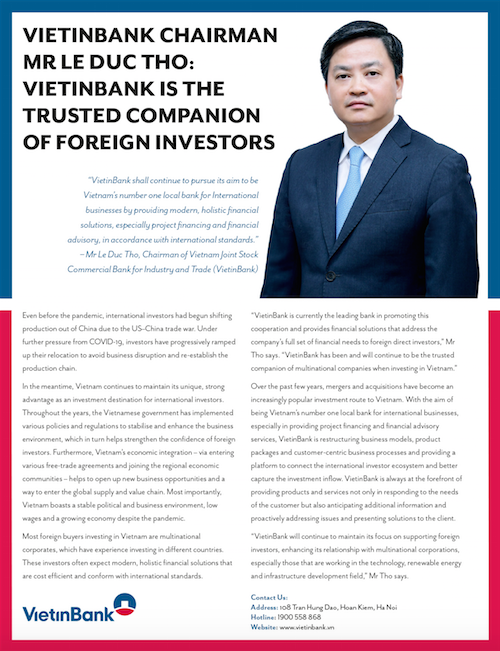