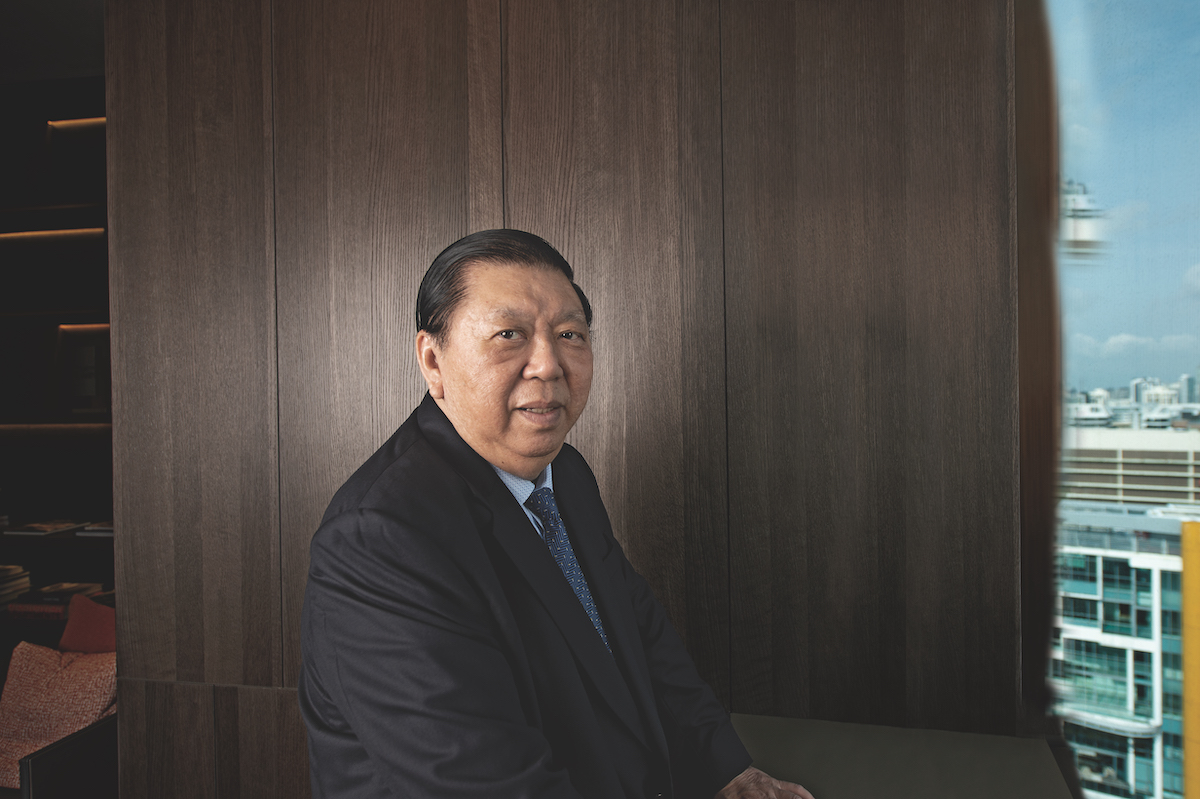 Having spent 30 of those years at the helm of UOL Group, CEO Gwee Lian Kheng is preparing to hand over the reins in January 2019. Leaving behind a strong legacy, Lian Kheng speaks with The CEO Magazine about the company’s growth and the part he played.

After graduating in the early 1960s, Lian Kheng started his career as a senior accountant at BP Singapore, where he eventually became an economic controller and found himself in a safe position, taking home good pay, but his ambition would not let him rest. “I was seeking new challenges in a sector that could contribute towards Singapore’s industrialisation program and, back then, BP was not expanding so fast,” he recalls.

A large bank ended up catching his eye: he admired the aggressive approach the United Overseas Bank (UOB) took when conducting a series of acquisitions, and in the wake of UOB’s acquisition of a controlling interest in what was then known as Faber Union (in 1975 it would become United Overseas Land and, in 2006, UOL), Lian Kheng joined the management team as a company secretary and group financial controller in 1973.

The first 15 years of Lian Kheng’s tenure with UOL were marked by several crises. The oil crisis of 1973 was later followed by the Singapore economic recession of 1985, and in 1987, the Singapore stock market crashed. During this period, the company could not pursue any of its plans for expansion, forced to remain passive and conservative instead by Lian Kheng’s predecessors. With the economy showing signs of recovery in the wake of 1987, it soon became strong enough for UOL to raise its equity capital to S$252 million in 1988 and embark upon a series of development acquisitions, including shopping malls and hotels, designed to shape a more balanced property portfolio.

A period of heightened activity between 1993 and 2006 saw the Group purchase five more hotels in Australia, and several more in Singapore, Vietnam, Malaysia, China, and Myanmar. These days, UOL owns about 30 hotel properties, comprising roughly 10,000 rooms, mostly under its Pan Pacific and PARKROYAL brands. In 2003, the company moved quite aggressively into the residential market in Singapore and has continued to pursue this strategy since, developing luxury, high- and mid-end projects, including Nassim Park Residences, Newton Suites, and The Clement Canopy.

Lian Kheng’s longevity enabled him to pursue UOL’s vision of acquiring its rival, United Industrial Corporation (UIC). A significant achievement for the Group, the process took 25 years, relying upon the patience and perseverance of UOL management. UIC became an associated company of UOL when, against the backdrop of the global financial crisis, UOL increased its strategic stake to 30.78% in early 2009. In June 2018, UIC became a subsidiary, when UOL acquired more than a 50% interest.

UOL has grown its assets from S$749 million in 1987, to nearly S$20 billion in 2018. Lian Kheng is evidently leaving the company in a strong and healthy position, and has a clear vision for its future. “There needs to be an efficient use of capital, and decisions must be made regarding when and where we should monetise our properties. UOL needs to diversify into global commercial properties and hotels in key cities of the world, to balance geographical risks. We need to buy more, but we cannot put all of our money in London, or in China. We must keep a balanced portfolio.”

“The people together have made this a success, not me alone. One cannot get very far with their own two hands; they need many hands.”

Lian Kheng is certain that the company will remain, on the one hand, disciplined in managing costs, risks, and returns, and, on the other, agile in its acquisitions. He is also adamant that innovative design will remain a part of UOL’s DNA, with the company already having received recognition, in the form of FIABCI Prix d’Excellence and President’s Design Awards, for projects like the Newton Suites and PARKROYAL on Pickering, in Singapore’s CBD.

The team at UOL will be missed by Lian Kheng when he departs. “My people are my most precious asset,” he says, “and I could not have carried on without their loyalty and support. The people together have made this a success, not me alone. One cannot get very far with their own two hands; they need many hands.” He notes that roughly 30% of his management team have been with UOL for 15 to 40 years, no mean feat given that these days, by his own admission, it is difficult to retain staff beyond five years.
During his tenure, Lian Kheng also enjoyed a strong relationship with the UOL Board – a relationship aided by a shared commitment to operating with integrity, and in line with a sound business model. 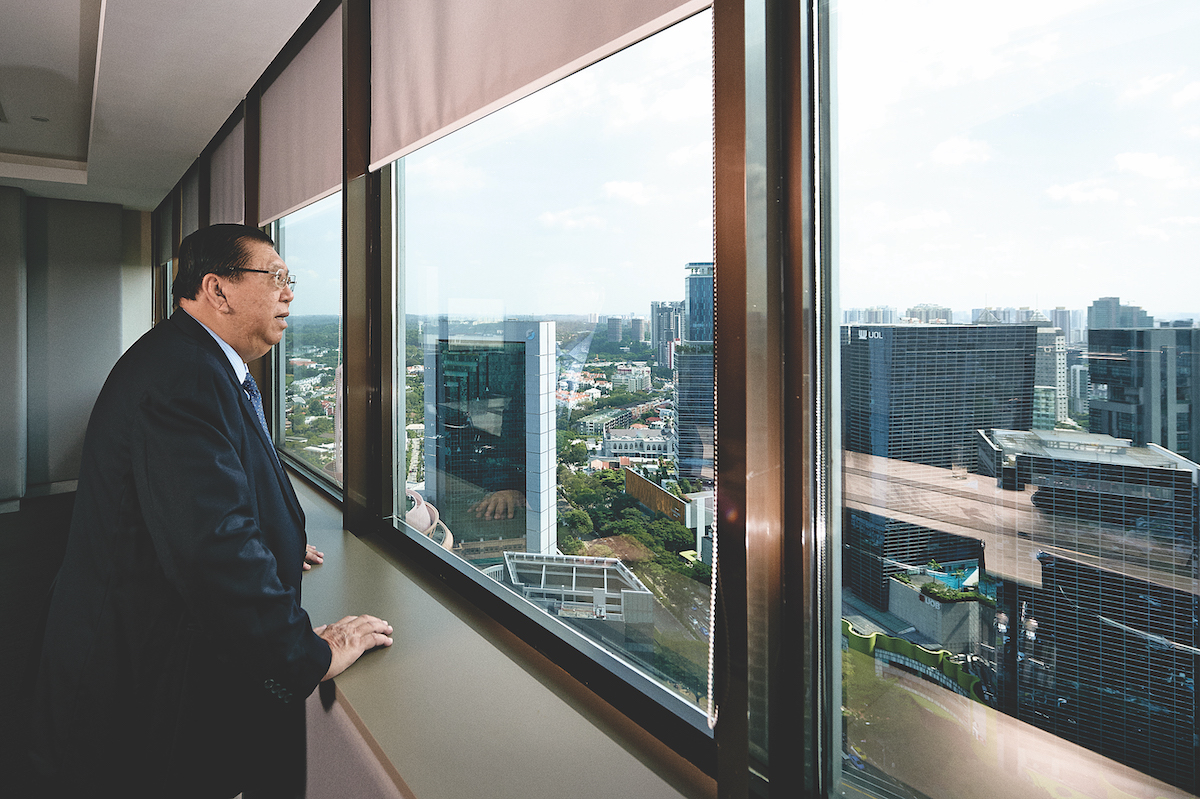 Having gained the Board’s trust, Lian Kheng was given the authority to execute the company’s business ventures. The vision for UOL’s future has always been shaped collectively through its CEO and its Board, and this practice is likely to continue.

Lian Kheng received the Asia Pacific Hotelier of the Year Award in 2003 and the Hotel Legends Hall of Fame Award at the 11th Australian New Zealand Pacific Hotel Industry Conference in 2011. Beyond work, Lian Kheng is active in the social service sector and for his long-term contributions to the Singapore Children’s Society, he was conferred the Pingat Bakti Masyarakat (PBM) Public Service Medal and the Bintang Bakti Masyarakat (BBM) Public Service Star by the President of Singapore in 1994 and 2002 respectively. Lian Kheng made a strong impression, too, on his peers.

“My impression of the man, after many years of interaction, is that he has an instinctive feel of the property market not only in Singapore but also in the region,” says Francis Lee, Head of Group Retail at UOB. “Lian Kheng has a strong entrepreneurial spirit tempered with a prudent risk appetite. This has aided UOL’s growth.”

“With years of experience in commercial and hotel real estate, Mr Gwee is without doubt one of the most successful investors in Asia–Pacific.” – Mike Batchelor, CEO Asia, JLL Hotels & Hospitality Group

Lian Kheng is ready to relinquish the responsibilities attendant upon running a company. At 77, he accepts, “retirement is long overdue”. He recounts a story from 20 years ago, in which a fellow CEO shares some words of advice with his general manager while dining. “Don’t look at UOL as a tiny kitten,” the CEO says. “One day, it will grow to become a majestic tiger.” 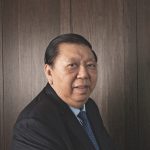