On The Shoulders Of Giants: Jack Henderson 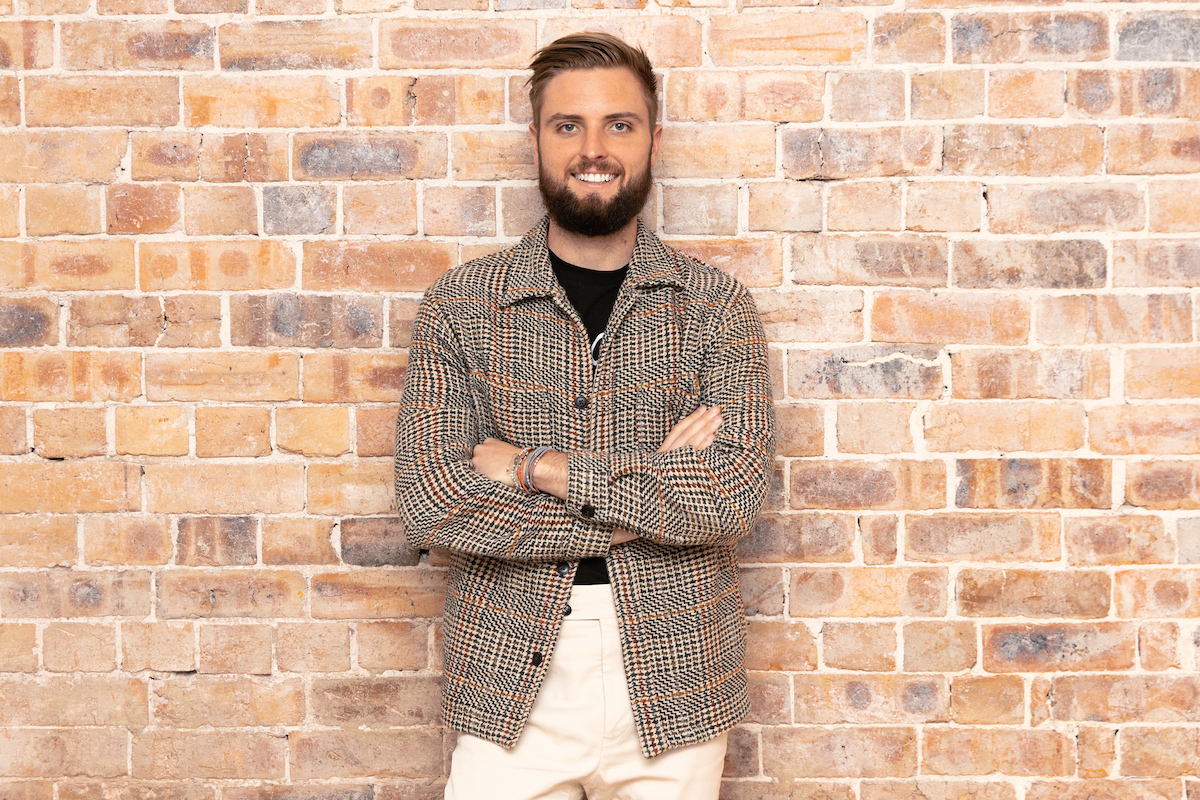 Success in the property market is predicated on opportunity. Every sale, every property presents a chance for buyers and sellers alike to dramatically transform their portfolios and fortunes, be it now or in the future. But recognising these opportunities is a skill, and so is the ability to make the most of them.

However, not everyone has the time or the experience to study the industry and spot the inroads whenever and wherever they appear. This gap in the market was in itself an opportunity spotted by Jack Henderson, who traded the world of mining for the property industry and never looked back.

“For about two years, I built quite a substantial property portfolio, and then naturally progressed into helping people buy property for free,” Jack says. “That’s when I first realised my passion and jumped into the industry.”

And as Founder of Henderson Advocacy, he has made quite a splash. The Sydney-based business taps the power of digital marketing and an assemblage of some of the very best in the business to take the hassle out of property investment.

“As I was coming into the industry, I was fortunate to have the coaching of some extremely successful executives, which helped give Henderson a good kickstart,” he shares. The biggest hurdle readily apparent to Jack was the property industry’s inherent conservatism; a trait that would prove to be an opportunity in disguise.

We tell you what you need to hear, and that’s not always what you want to hear.

“No-one had a brand, no-one was using digital marketing to their advantage and no-one was polarising,” he recalls. “We started a media business on the side and from day one that gave us full media support in terms of building the brand.”

With a viable brand in hand and passion in his heart, Jack set about creating a formidable team of experts to surround him. “I have people like Ben Handler, who founded the biggest buyer’s agency in Australia; he’s on our executive team,” he explains. “And we also have Mark Kentwell, one of Australia’s top real estate agents and venture capitalists. I brought a lot of great minds together.”

Another was Frank Raiti, Henderson’s Head of Investment – Buyer’s Advocate. “I’ve been investing since I was 19 years old, so some 28 years, and my portfolio’s hovering around A$12 million now,” Frank reveals.

“So I’ve always had a passion for property, and when the opportunity came to join Jack’s team, I saw it as a chance to follow that passion.” For Frank, Jack’s own exuberance and love of the game sealed the deal. “I saw how switched on he was, and how keen he was to launch not only himself into the real estate world and turn it on its head, but launch his business as well.” The result is Henderson Advocacy, which acts as a guide for those looking to find the right investment or build a strong property portfolio. Through its extensive network of selling agents and industry experts, the firm offers its clients an insider’s route into the market. In doing so, Jack believes it bucks the trends expected by the real estate industry.

“Acquiring land will be very difficult moving forward because there isn’t a lot of it left,” he points out. “So many of the big players, the ones with a lot more capital than we have, will be snapping up those opportunities. But there’s a saying: ‘Where there’s a will, there’s a way.’ And I see such things not necessarily as walls, but as speed humps.” It’s this attitude that’s made Henderson Advocacy the bold business it is today.

“We tell you what you need to hear, and that’s not always what you want to hear,” Jack concedes. “A lot of businesses are very much the opposite. But personally, I have a mentality of not necessarily caring what anyone else thinks.” But relationships remain vital in the real estate business and to that end, Henderson Advocacy is well covered.

These factors combine to form the foundation of the Henderson Advocacy of tomorrow. Jack is quick to outline his vision for a future in which the firm plays a greatly expanded role. “My end goal, probably in the next five to 10 years, is to have a massive Australia-wide development business that can then go international,” he confirms.

“I want to build a brand known for bespoke luxury living that puts everything at your fingertips.” A business with such goals needs an active leader, something Jack is very much aware of.

“Where I see a lot of business leaders go wrong is they’ll become the founder, and then all of a sudden, there are all of these other people handling all of the roles internally, so they take a step back,” he explains. Not so in his case.

“I’m someone who always wants to be the best and be a pioneer in anything. I am a doer, so I need to lead from the front, by example. You have to be an inspiring leader because people want to work with people they are inspired by, and that are the best in their field.”

As Henderson Advocacy continues to grow, passion remains at its core. In fact, Jack says passion counts for much more than it used to. “Not one of my 22 staff members has a background in real estate. They all come from different facets of life and are new to the industry,” he reveals.

“But we’re a lot hungrier. We’re not set in our ways or old habits. And if you look at some of the biggest companies in the world right now, Google and Facebook, they are doing something similar. Degrees don’t really matter anymore. It’s passion and practical experience that counts.” 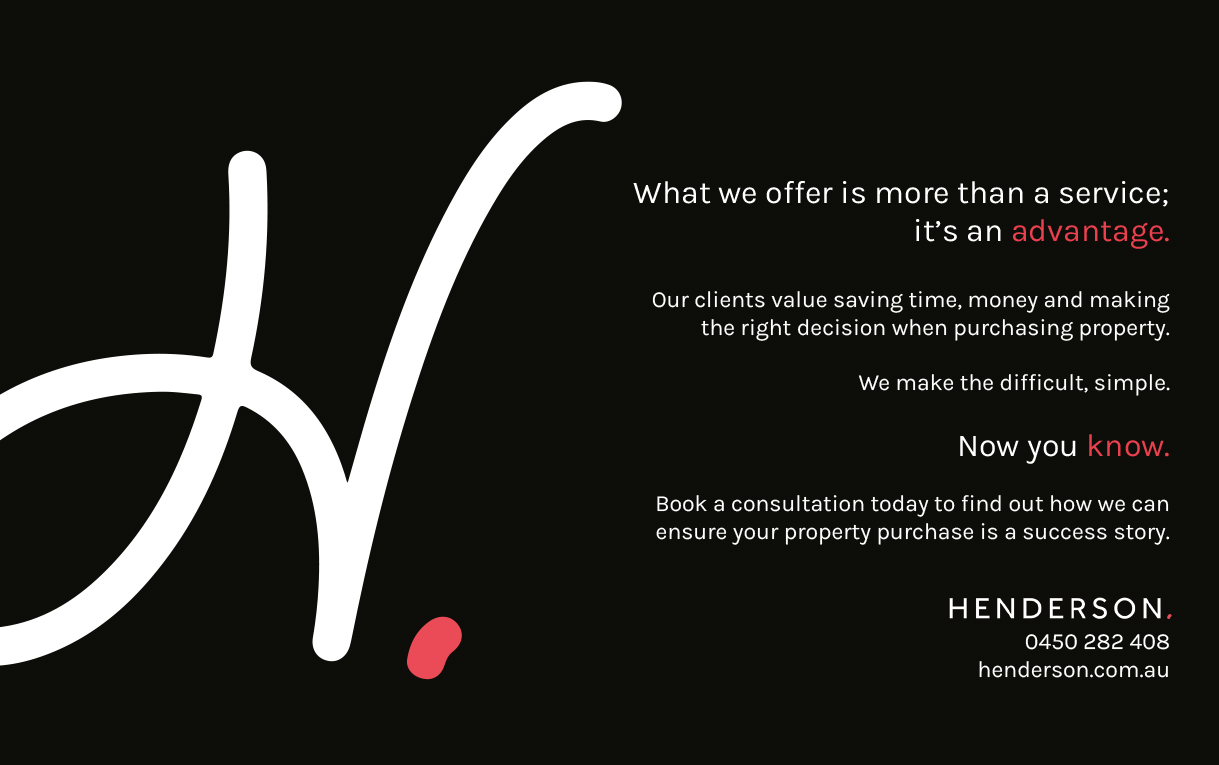