Your Space & Mine: Jessie Glew and Tim Brown 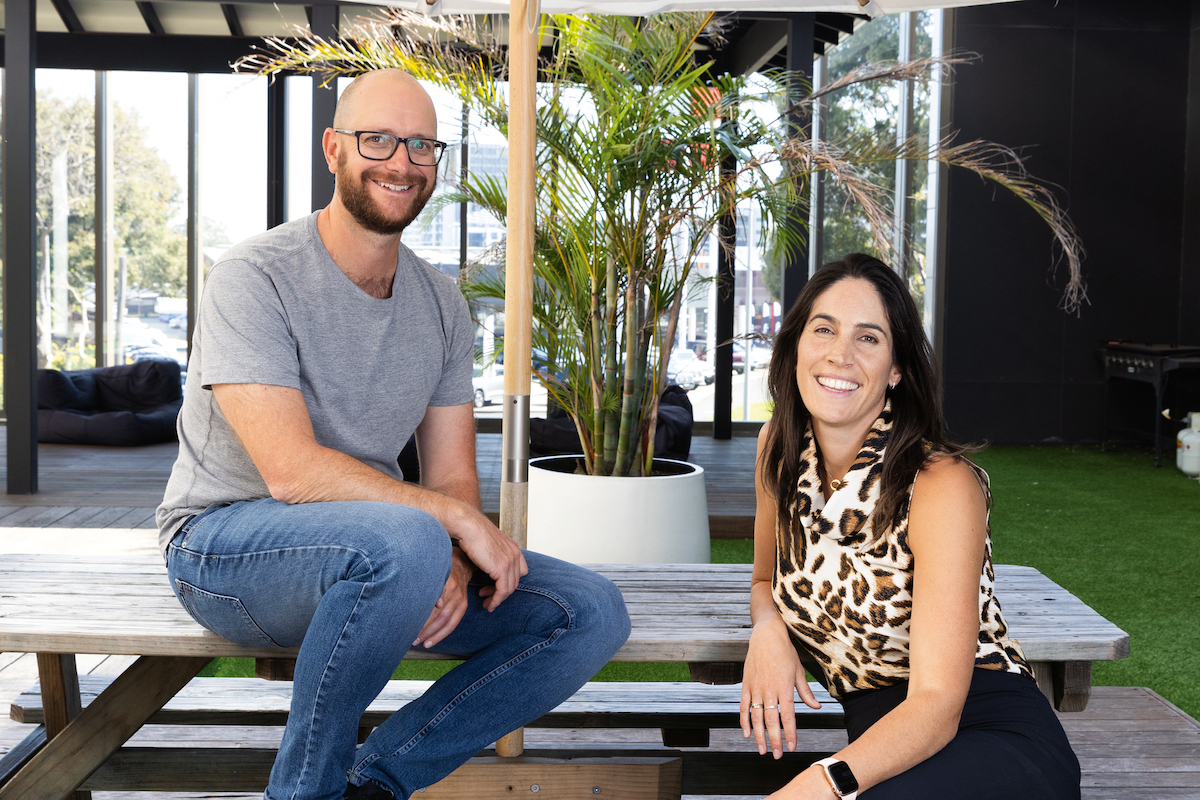 The office as we knew it was irrevocably changed when COVID-19 disrupted our work (and domestic) lives. Working from home has become the norm for a significant proportion of the workforce, although as health restrictions ease, some may venture back to their traditional offices.

But other working models are making their presence felt. Like working near home. For many small and mediumsize enterprises, there is a middle way that provides dedicated work spaces that are located near to employees’ residences. Jessie Glew is Joint Managing Director and COO of ASX-listed BlackWall (ASX: BWF) and its funds, and has been with the company since early 2011.

From 2014 she was General Manager Property, then she was promoted to COO in 2018 and Joint Managing Director in 2019. BlackWall operates real estate investment structures, including ASX-listed WOTSO Property (ASX: WOT), which uses a flexible property management and security model.

Investors are exposed to higher return rates from flexible leasing of business workspaces, alongside income and growth from an established property portfolio. Joint Managing Director and CFO of BlackWall and WOTSO Tim Brown joined the business in 2008 as Financial Controller when his brother Stuart was CEO, although he has since left.

With Jessie and her father’s involvement in the business as Chairman, it developed a family ethos, which has been accentuated with several other family members now involved as well. “Before BlackWall we were called Pelorus, which was also listed, and it morphed into BlackWall,” Tim says.

WOTSO has allowed us to throw our hearts into a building. That’s been the part I’ve really enjoyed over the past seven years. — Jessie Glew

“Over the past few years, we’ve talked about the WOTSO business, with which we’ve created a flexible property business out of a couple of vacancies we had in our portfolio in 2014, and that’s now grown to 19 workspaces across Australia, which BlackWall manages on behalf of its investors.”

WOTSO was a subsidiary of Blackwall. About 18 months ago, WOTSO demerged from BlackWall, but in February this year, it was stapled to BlackWall’s previously listed BlackWall Property Trust (ASX: BWR) to form WOTSO Property. WOTSO offers office services from casual desk space to full offices across several locations, as well as meeting rooms and event spaces available for hire by the hour or day.

The concept enables sole operators and businesses to connect with like-minded operators for mutual benefit, and cost savings. “We have two listed vehicles – Blackwall, which manages our listed security WOTSO Property,” Jessie explains.

“WOTSO Property has a great story. It’s about finding distressed real estate – physically or financially distressed, completely vacant, the entry might not be in the right place, or it could be a receiver in possession building. Our objective is to get in there and turn that building around, but the best part is we now have a tenant that can move straight into that building, and that tenant is WOTSO.” 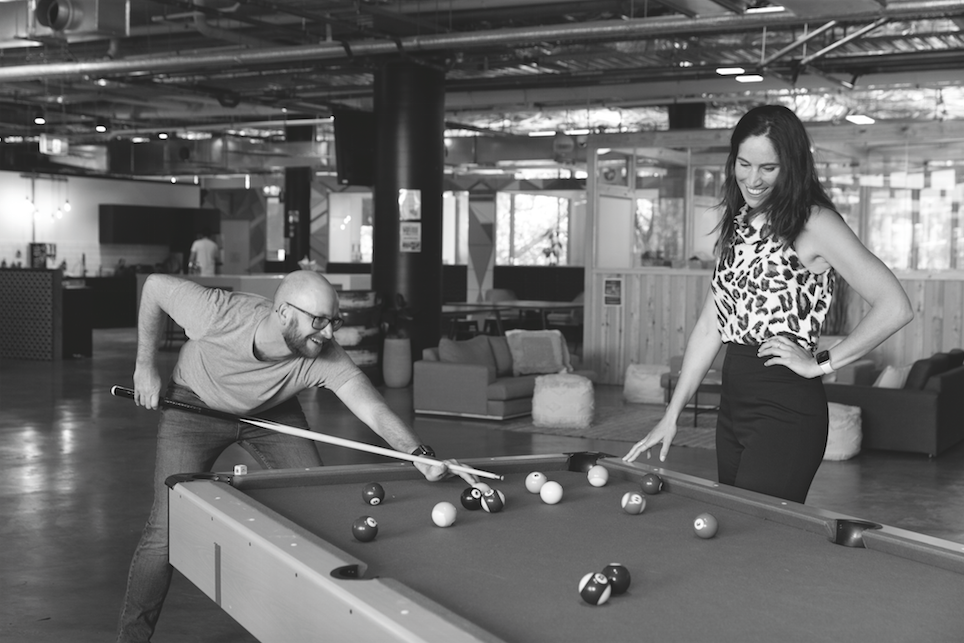 Tim continues, “We heard about a thing called coworking that was starting to gain a foothold over in the States and we decided to give it a go in Australia. But what we realised pretty early is that the whole idea of flexibility and the offering we were going to give to SMEs in Australia was not going to be in the CBD; it was going to be close to where people live. So it’s about creating a work–life balance for businesses in Australia so they can work, live and play close to their home and get rid of the commute. So all of our spaces are in the suburbs. We’re not in the CBD at all. It started in 2014 in two sites in Sydney – Neutral Bay and North Strathfield – and it was a slow burn because you open up and they just don’t fill up in a second. But over time, they did start to fill up and we’ve gradually opened more since then. About half them are in buildings we own, and the other half in third-party leased deals or management agreements.”

WOTSO has given the team the opportunity to adapt their real estate holdings, by including perhaps a cafe, a childcare centre, a gym, and flexible casual workspaces for businesses, into a mini community “WOTSO has allowed us to throw our hearts into a building,” Jessie shares.

“That’s been the part I’ve really enjoyed over the past seven years, watching how something that we didn’t know about – co-working and flexible space – become something that dictates how we look at real estate moving forward.”

Tim says that in the past six months they have bought three new properties. “One in Brookvale and two in Newcastle. Both were vacant properties and WOTSO will be the prime tenant for all three,” he says.

The Wotso Way To Work

WOTSO provides office space to sole operators or SMEs by the desk or by the room, by the hour or month, as well as hosting networking events, skills-driven social events, educational workshops and seminars in all its locations.

“We’re looking for other service-oriented offerings in those spaces as well. “We’re looking mainly in Australia, and we would probably look in New Zealand, but not much further afield at the moment. We think that there’s so much scope for growth in the Australian suburbs at the moment.”

The WOTSO concept is able to achieve yields that are 2 to 3 higher than is typical for their investors, and sometimes 5–10% higher when the WOTSOs are mature. What sets WOTSO Property apart is there are not many operators in the flexible space industry that own their own real estate, operate it themselves and have a manager as a related party to it.

“That gives us a competitive advantage; we see the property from all angles, and what transpires in it from close quarters,” Jessie says. A significant contributor to WOTSO’s success is the relationships that it has built with suppliers and local contractor services. Brehar Building has worked in tandem with WOTSO to upgrade and modify buildings to suit the WOTSO model, and the relationship has blossomed into one of trust and respect. 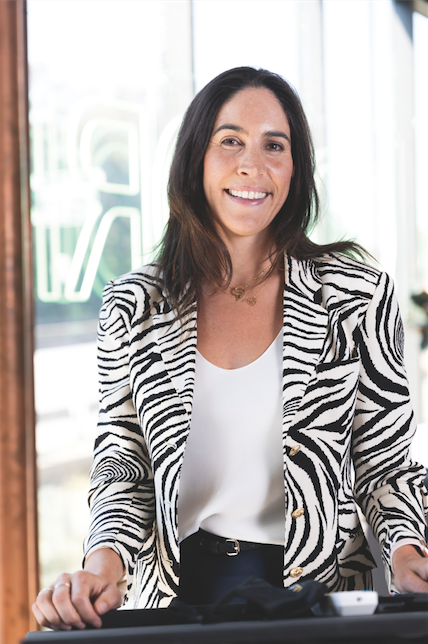 “We’re hugely loyal to our contractors. For example, Brehar Building is a New South Wales company and they’ve expanded into Queensland off the back of our WOTSO business,” Jessie says. Brehar started with us at the first fit-out we did at Neutral Bay for the co-working space on level two, and they’ve really become part of the furniture with us. They’re fantastic, and I think they’ve helped bring a lot of ideas to the front.”

Similarly, WOTSO has firm partnerships with other contractors such as internet providers and cleaners who have developed specialised services that fit perfectly with the WOTSO building model. It’s a win–win situation for all concerned. “I think the best part is having them come along for the journey as well. They feel like it’s part of their business, and they’re a part of our business.

They are emotionally involved with how the business turns out, what the space looks like. Watching our suppliers’ businesses grow off the back of work that we have provided them is a really nice feeling,” Jessie says. 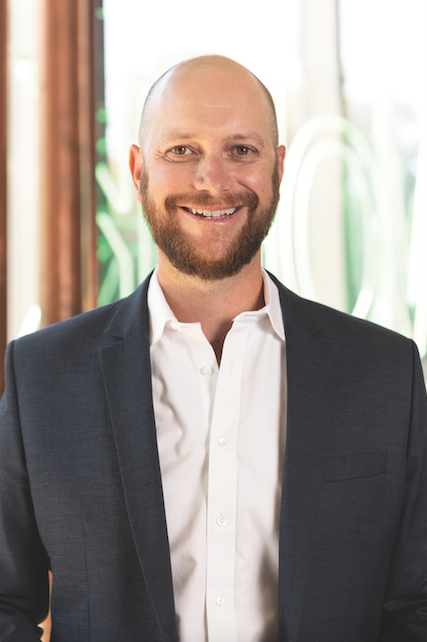 “We are a property business at heart with a family ethos, and we have grown into a new area of the property industry that we think we’re really at the forefront of,” Tim confirms. “So the idea of some of our catchcries, like ‘workspace made easy’ and ‘property by name, flexible by nature’, really speak to who we are and what we do, and the fact that flexi-space is going to be part of the future of the modern office.” It seems that WOTSO is a bright idea that Jessie, Tim and their team can bank on for the future.