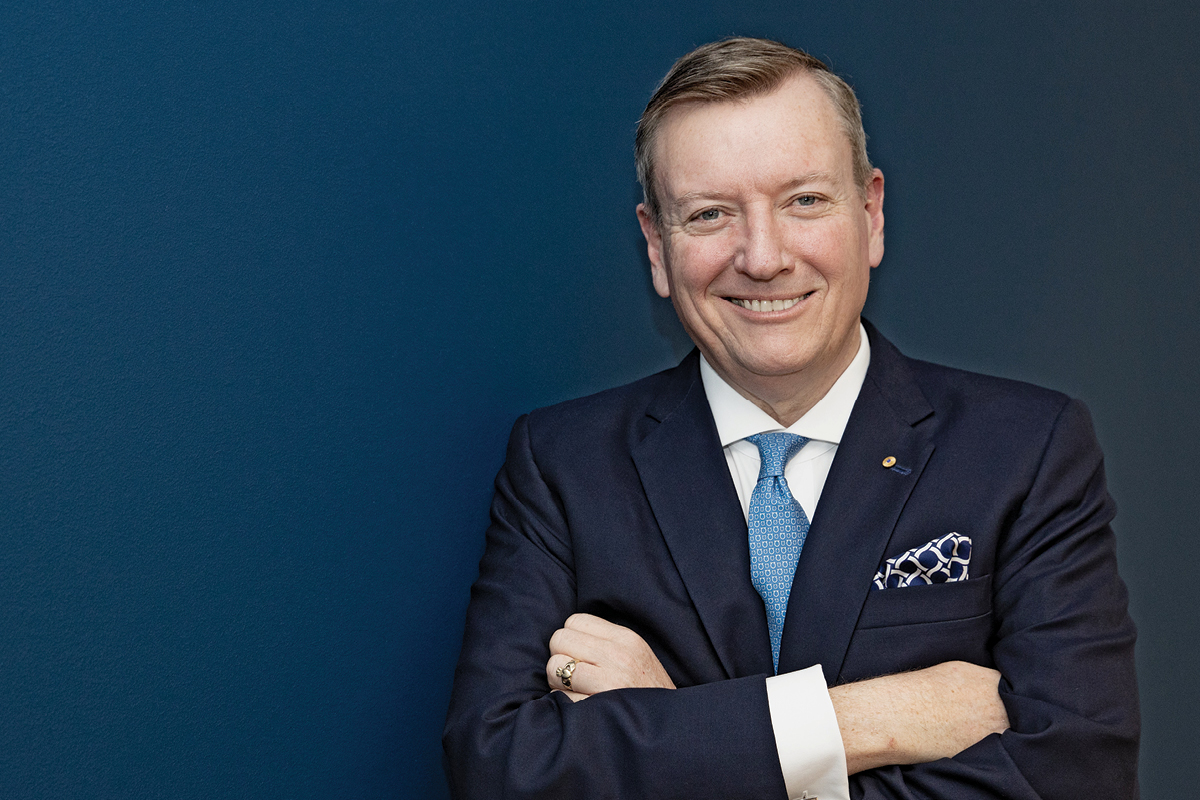 John Brogden is a passionate, multidimensional man, as committed to housing struggling Australians as he is to caring about their mental health. The Landcom CEO’s answers to tough questions are real rather than scripted, refreshing considering his political DNA, and they offer insight into how he has used dark episodes of his past to shine a beacon of hope onto others.

The former New South Wales Opposition Leader and Chairman of Lifeline has a long history in the public eye, and while not all of it is pretty, the majority reflects a record of outstanding community service.

Except perhaps when manning the Nippers barbecue at Sydney’s Bilgola Beach on Sunday mornings. “Yes, sometimes I’m the grumpy Nippers barbecue man,” he admits. “Don’t look at my sausages, don’t criticise my sausages and don’t interfere with them. You get what I give you.”

Ok, we get it. Don’t mess with the man when he’s armed with tongs. But it’s his empathy, not macho bravado, that flares when discussing Landcom’s commitment to providing affordable housing in NSW.

The state-owned corporation, comprising a team of around 170, including planners, architects, developers and engineers, uses vacant and established sites to create new residential communities and infrastructure in public and private sectors.

It’s delivered more than 94,000 new homes since its inception in 1976, catering predominantly to demand in Sydney, where affordable housing is still out of reach for many and Community Housing Providers (CHP) groan under a 40,000 affordable housing backlog.

“We certainly have an undersupply of what is known as affordable housing for low-income earners who are too well off to qualify for government housing but can’t afford to buy a house or survive and thrive if paying rent.

They are a very quiet group of people you don’t normally hear from but are suffering enormous stress.

“Women over 55 are most at risk of becoming homeless. They may find themselves single with few assets after divorce, or little superannuation having taken time off for children. They are widespread and certainly not living with the dignity they deserve, couch surfing or living in their children’s garages.”

Landcom’s response to the crisis is to ensure between five and 10% of every project it completes includes affordable rentals.

Of the 11,000 homes being built by Landcom over the next decade around the eight stations linking Rouse Hill and Chatswood across the Sydney Metro Northwest project, 500 will be offered as affordable housing to be managed by the CHP.

“There’s still an enormous amount of developable land in Sydney and we’re demonstrating to the private sector market that it can still be profitable to include affordable housing in a development. The challenge is providing the infrastructure.

No-one can predict how people will be living in 30, 40, 50 years from now, so we really try hard to determine community needs.

“Much of what we do at Landcom isn’t seen, things like putting in sewerage, water, drainage and fibre optics, often in hilly areas, or near a national park rather than an industrial area. It’s fascinating to make all that work.

Green space is another priority. We try and put trees and parks in first, so when people move in, they’re not surrounded by a construction site and they have mature trees and parks ready to use.

“And everything old is new again. Houses used to have water tanks, until they were seen as third world. Now we’re putting them back in. We’re putting in fewer footpaths and more grass, moving away from trendy black slate roof tiles, which attract heat, and minimising black tar roads, which suck in the heat and pass it off to the houses around. That’s what we’re going to see more and more of in communities.” 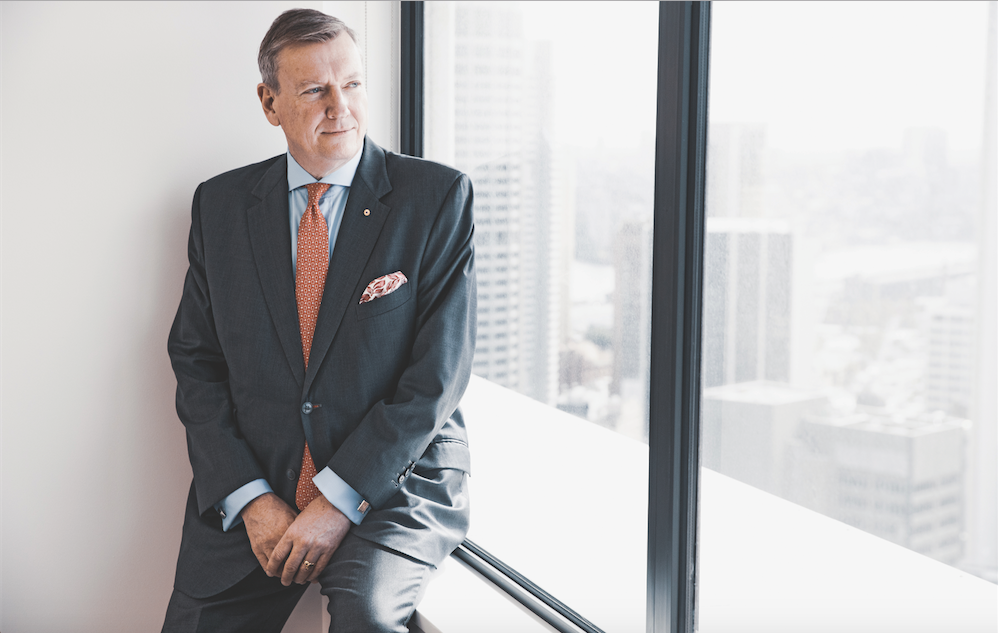 While John was appointed Landcom’s Chair of the Board in 2012, accepting the role of CEO in 2018, his interest in housing dates back to 1999 when he was appointed NSW Shadow Minister for Urban Affairs and Planning Projects.

He admits it was a portfolio he wasn’t overly enthusiastic about until he understood the impact planning had on the wider community. “I realised the most powerful economic influence on NSW wasn’t Treasury, it was planning,” he explains.

It’s an organisation he openly credits to getting him through his own very dark periods. He was the youngest member of the NSW Legislative Assembly when elected as the Liberal member for Pittwater on Sydney’s northern beaches in 1996.

Transitioning to NSW Opposition Leader in 2002–2005, John was bulletproof, popular in the polls and his sights set firmly on the premiership. It took a booze-fuelled night and some clumsy indiscretions for his world and political career to come crashing down.

In 2005, his near decade-long career as a politician was finished. Overwhelmed by shame and a sense of hopelessness, he attempted suicide. 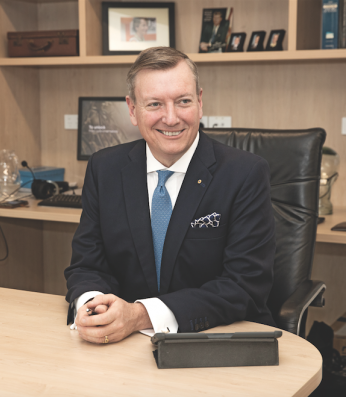 Diagnosed with depression, it took John six months to recover just enough to get out of bed, get dressed and leave the house. A simple daily process John says tens of thousands of Australians battle every year.

“As Chairman of Lifeline, I speak to businesses about improving mental health in the workplace and I always recommend senior executives to talk openly about their own mental health. I have depression, I take medication every day and see a psychiatrist every fortnight. If 25% of Australians have a mental illness at some stage of their life, that means a quarter of my staff are vulnerable, so I make sure nobody has to worry about talking about mental health and no-one has to hide it. They know we will provide the best of care in exactly the same way we’d look after somebody with a physical illness.”

Coming from politics where working 16-hour days, six days a week, was the norm, John has slowly learned to understand the need for a more healthy balance in life, starting with clearing his weekends, a luxury he could ill afford when embroiled in political life.

These days, he often relies on his wife, Lucy, to set the boundaries, or indeed their three children, aged 12, 14 and 16. “It hasn’t been easy, but Lucy’s very good at getting me to say no to things and put family time first. As it should be.

It fascinates me that while our children have become less physically dependent, they are more emotionally dependent and actually need you more now than when they were babies.”

While John is working tirelessly to expand Landcom’s reach and its commitment to helping Australians afford housing, his ambition for Lifeline is ironically the opposite. He wants to see the charity shut down. “One day. It’s not going to happen any day soon,” he reflects.

“But imagine no-one having to need Lifeline. Imagine a zero suicide rate. Sure, a lot of people ask if that’s achievable. My view? If you don’t try, you’ll never know.” 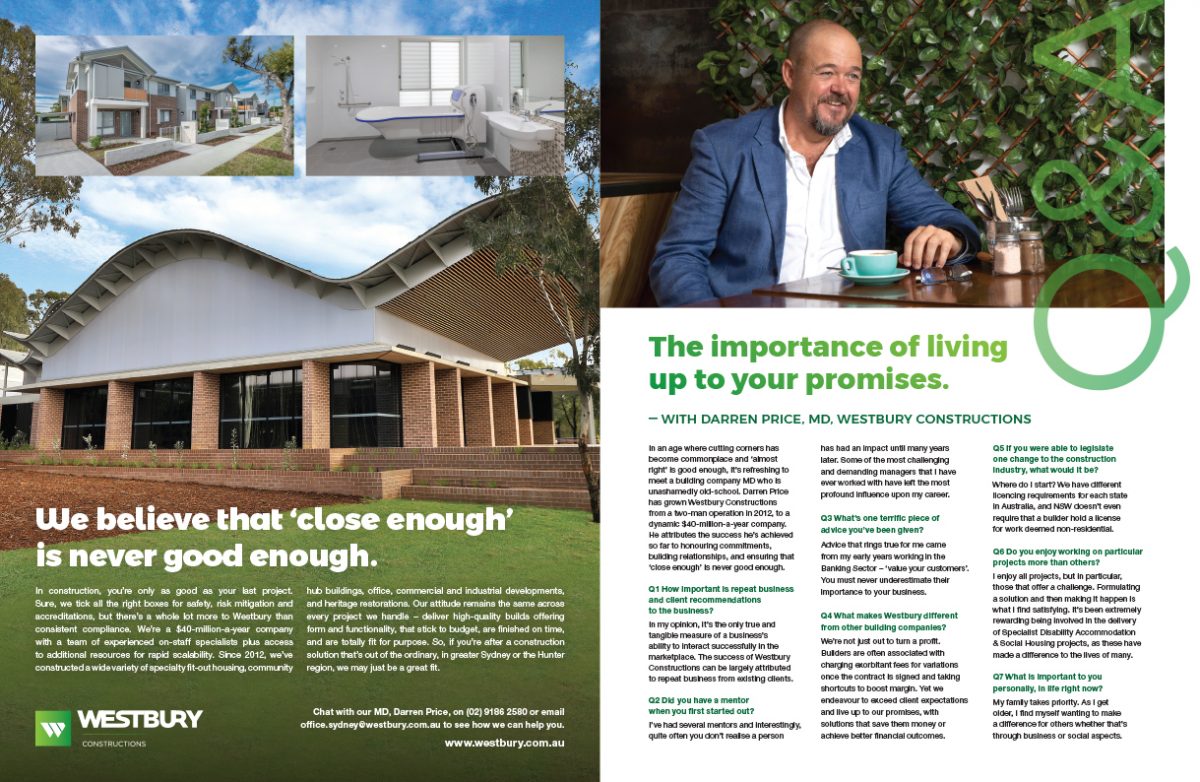 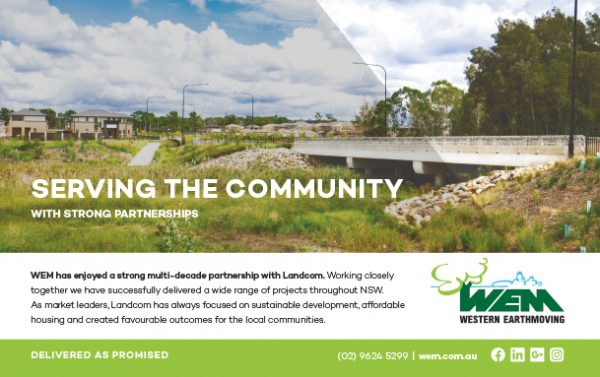