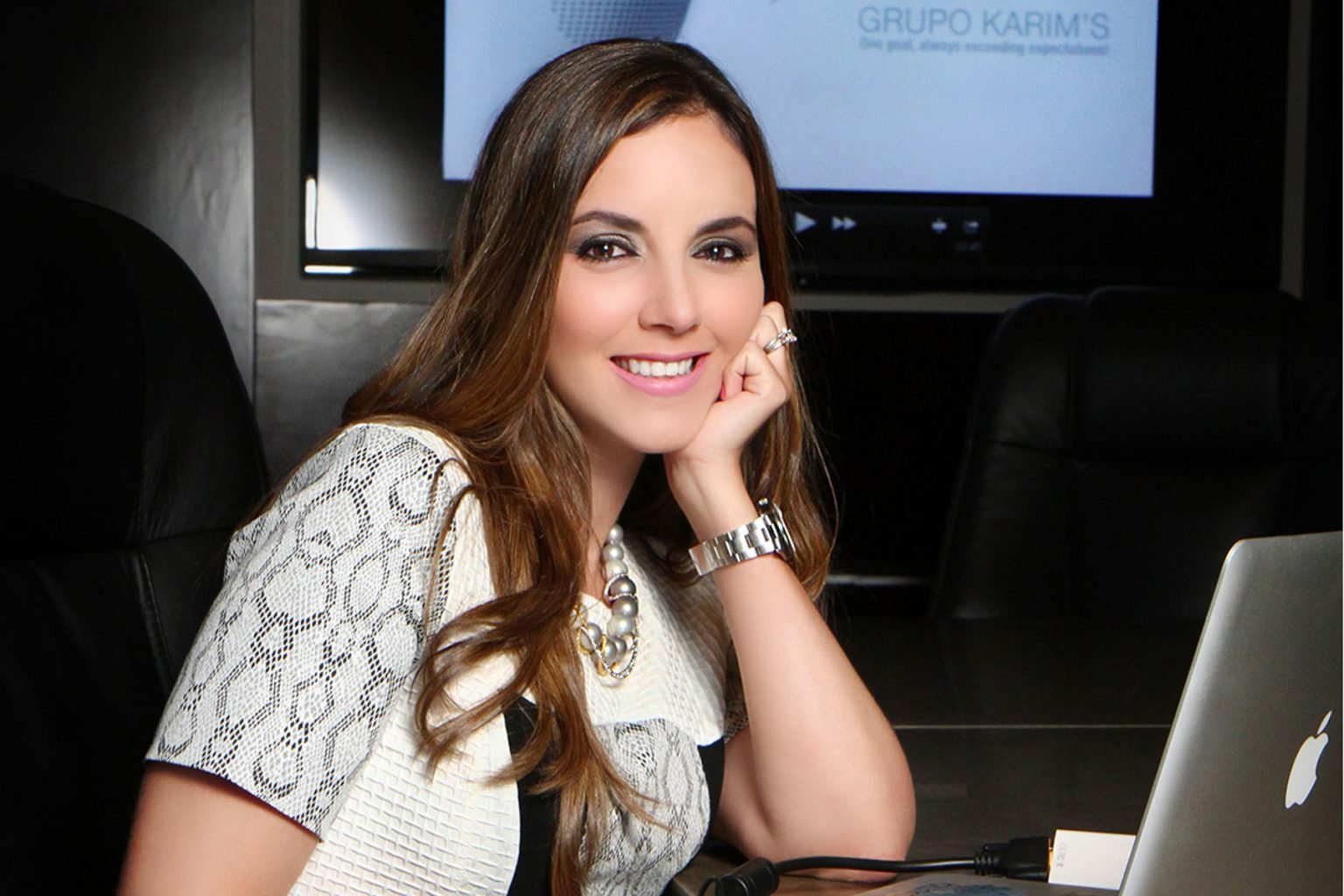 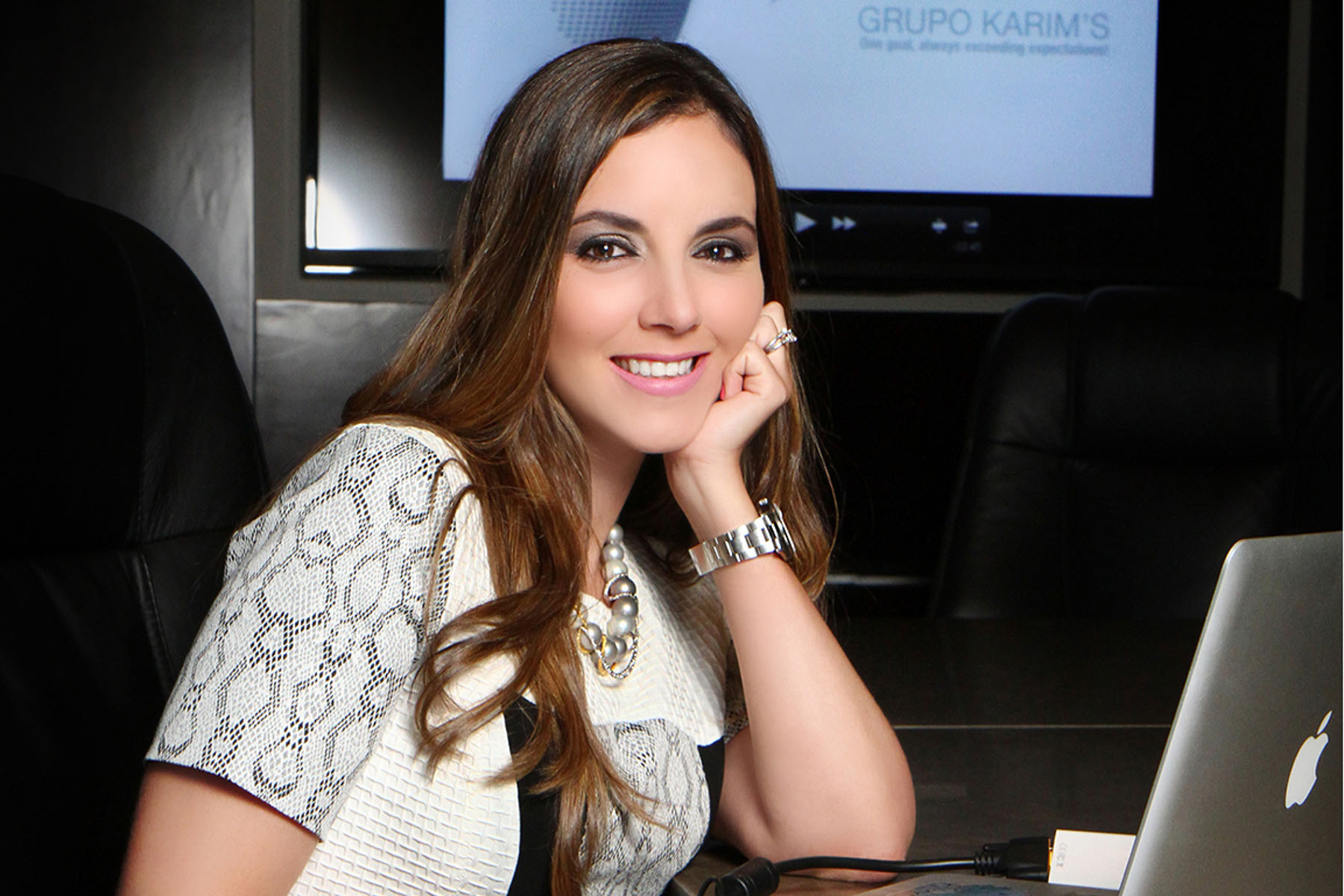 As Executive Vice President of real estate and textile conglomerate Grupo Karim’s, Kathia has well and truly gone above and beyond all expectations in her determination to tap into the “great” potential of Honduras, helping to put her country on the map by opening up the eyes of the world to the possibilities of it being a vibrant global business hub.

The Central American nation hadn’t exactly been promoted as a destination for business process outsourcing (BPO), but Kathia saw it as a valuable resource, comprising a huge underutilized bilingual and skilled young labor force, ideal for attracting foreign investment.

“We also didn’t have any adequate infrastructure to cater to foreign companies even if they wanted to invest in Honduras,” she explains. “So I decided to get out and promote my country, because to sell a project, you have to be able to sell the country first, right? Then we can generate work opportunities which never existed before.”

Today, those work opportunities translate into more than 12,000 jobs, with Honduras home to Grupo Karim’s numerous developments including industrial, residential and commercial complexes, hotels and its flagship projects of Altia Smart City.

The company has sales offices throughout Central America and in Dubai, the Caribbean and Pakistan operating its textile and real estate sectors in North and Central America, the Middle East and Asia.

Its enormous textiles division, including apparel, spinning, yarn and chemicals, is carried out in the US, Central America and Pakistan, where the company launched more than 50 years ago before expanding into Honduras in 1991.

Kathia earned her double major BBA in International Business and Marketing from Loyola University in New Orleans, returning to Honduras to spend around five years working in the textile industry at Jockey International.

In 2010, she joined Grupo Karim’s as the company’s Corporate Marketing and Commercial Manager before taking on the Executive Vice President role in mid-2018.

While Grupo Karim’s has made its mark with extraordinary industrial parks such as Green Valley and Zoli Pride, hotels such as Ocean View Hotel in Mexico or residential estates like Merendon Hills, arguably the stars of the company’s portfolio are its smart cities in Tegucigalpa and San Pedro Sula, where Kathia is based at headquarters.

The concepts offer personalized architecture and technology solutions to create a more modern intersection of lifestyle and business. “Our smart cities have different components: the business part, the recreational center, which includes a cafeteria and dining and gaming areas, the shopping center, the university and the residential area,” Kathia reveals.

“Everything is interconnected – it enables people to work and study concurrently, and gives employers easy access to talented graduates. “We also specialize in building Class A infrastructure which meets US building standards. We’re the only one in the region doing that.

To sell a project, you have to be able to sell the country first.

“For the first time, different countries have set up business in Honduras, including top Fortune 500 companies. Admittedly, it has been a struggle to alter the perception of safety and security in Honduras, but once people come and see the project, how successful it is and what a good talent pool we have, they realize that what is portrayed in the news is not the reality of our country.”

With plans to expand its smart cities concept globally, Grupo Karim’s has eight projects underway throughout Honduras and Mexico, including its Smart Forest City – Cancun, a 1,376-acre plot previously used as a sand quarry for hotels and earmarked for a shopping district.

Kathia says Cancun’s predominant focus on tourism has neglected another abundant resource that could result in the industry sector becoming just as popular. She adds that while the project will be similar to the existing Altia model, it will be developed to suit the local area.

The plan is to build a mixed-use development, which would have 100% food and energy self-sufficiency, housing up to 130,000 inhabitants and 7.5 million plants.

“There is great potential in Cancun, another area offering another great talent pool,” she says. “Apart from the cutting-edge technology and residential aspect offered, and while Cancun really wants to start a business hub, this is going to be a completely green project with efficient use of water and smart cars.”

Kathia attributes Grupo Karim’s success to innovation and having an excellent grasp of client needs. A prime example is the support offered during the COVID-19 crisis when a medical triage unit was set up and a call center established to answer enquiries from anxious tenants. “Our clients are more like partners and friends,” she says.

“We’re with them every step of the way, we go above and beyond. I think that’s what really makes the difference.”