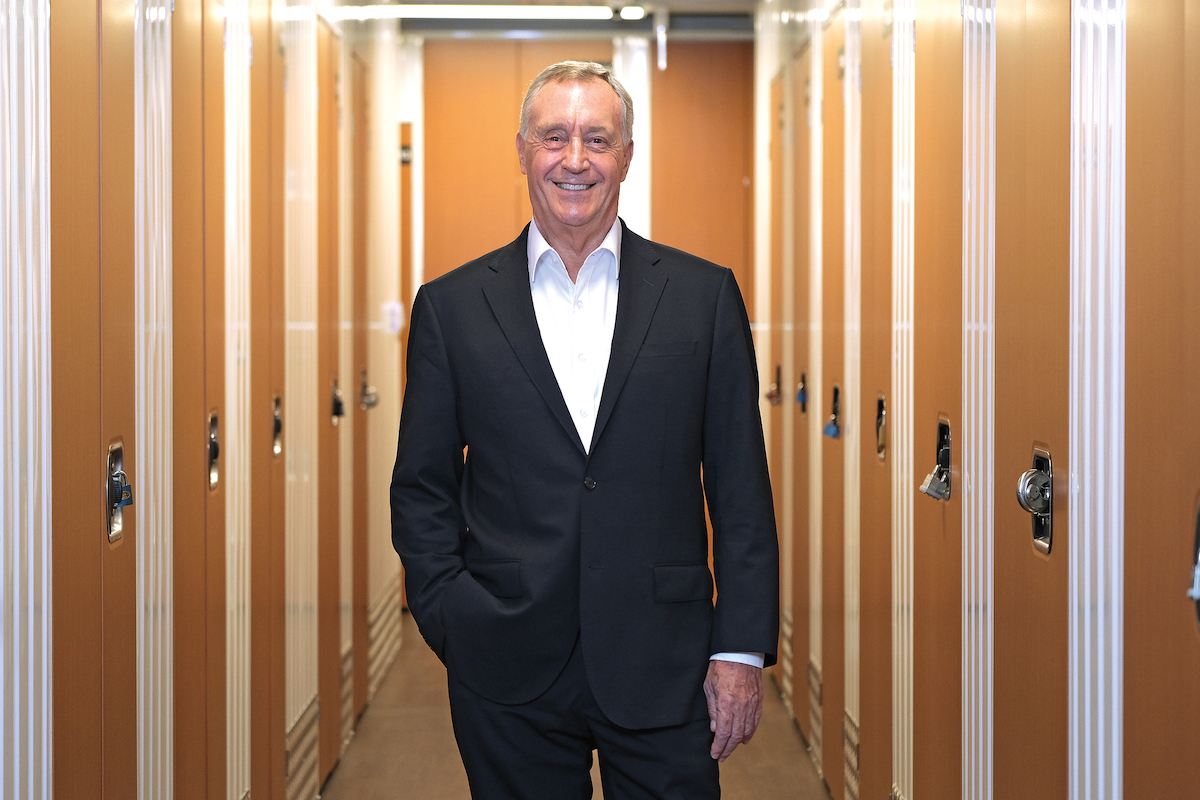 Calling a career like Kenneth Worsdale’s varied is an understatement. The CEO of self-storage company Extra Space Asia, who is “South African born and raised”, started as a chartered accountant with KPMG.

An opportunity opened up for a transfer from KPMG South Africa to the US and after a little more than four years, he had been promoted to the role of Senior Audit Manager. Then came Tonka Toys, one of KPMG’s clients.

“At the time, it was one of the biggest toy companies in the world,” Kenneth recalls. After spending a year as the head of the US office’s internal audit function, he was asked to transfer to its Hong Kong office as CFO for the company’s Asia operations.

“To be honest, the US companies at that time really didn’t understand Asia, other than it was a good place to get toys made.” That move would come to define the rest of his career. After Tonka, Kenneth spent time at premium cognac company Camus Cognac. Although all production took place in France, it was sold throughout Asia.

Following a short stint in the Philippines with Dole Food Company, he relocated to the US again with Conagra Brands, one of the major food companies in the world – but by that point, Asia was in his blood.

“I moved back to the US as CFO for one of its divisions, but I was missing Asia,” he recalls. So when Del Monte Pacific approached me and asked whether I would become CFO for its operations worldwide, there was appeal for me. Because I was going to be CFO of a publicly listed company in Singapore, and because I was coming back to Asia.”

The role at Del Monte led to Furniture Origins, a furniture manufacturer headquartered in Singapore. “After almost four years, the opportunity came up with Extra Space Asia,” Kenneth says.

Having worked in such varied industries, Kenneth believes that the one thing tying them all together is a good sense of business management. “If you end up in any industry where the experts are, sometimes they just need a leader to channel them in the right direction,” he reflects.

“They do the work. Elon Musk isn’t out there building Teslas. He’s got this vision that he wants to build electric cars, so he hires the best people he can and they’re the ones doing the work. It’s just common sense.” Kenneth admits he faced a learning curve when he joined the company.

If you end up in any industry where the experts are, sometimes they just need a leader to channel them in the right direction.

“I joined not knowing anything about self-storage,” he says. “Essentially, it’s like a hotel business in many ways – you buy a large property, you put in lots of smaller rooms and then you rent them out.”

Recognising what the company had to offer, Kenneth says translating that into brand recognition was one of his priorities.

“I think the challenge for us in the industry, more so in some countries than others, is to get potential users of the industry to really see what Extra Space Asia can do for them,” he explains. “We find very prominent buildings, and we brand them in our blue and red, and the big E.”

Kenneth’s simple approach has led to outstanding results for Extra Space Asia. “When I joined, we had six facilities. Now we’re at 63 and we’ll hopefully be closer to 70 by year-end,” he smiles. “We’ve seen rapid, rapid growth. I’ve really focused the direction of the strategic plans for the company outside of Singapore, so now we’re in six countries: Korea, Japan, Taiwan, Hong Kong, Malaysia and Singapore.” This success can be attributed to the strength of Kenneth’s leadership, which is particularly impressive considering the cultural barriers he faces, not to mention a global health crisis.

When it comes to the leadership values he finds most important, Kenneth doesn’t hesitate. “Listening is number one. It’s hearing what people say. I think a good leader doesn’t dictate what has to happen; they let things flow,” he says.

“It’s working together as a team. When you have everybody working as a team, giving people flexibility to make decisions, people generally rise up. And yes, sometimes someone will mess up, but they learn from it. I learn from it. Everybody wins.”

It’s about building that trust between employer and employee, Kenneth adds. Employees need to know they are being supported in order to become autonomous and empowered to suggest new ways of doing things.

“A lot of the ideas have come from junior levels,” he reveals. “It’s not management saying, ‘This is how we do it.’ It’s often the people in the facilities coming up with ideas. I think that’s something they appreciate, that they feel more valued, more wanted. We’re there to help their careers, to help them grow.”

This attitude has been particularly helpful in Asia, where people hesitate to challenge the status quo. “People don’t want to challenge things or question their boss,” he points out. “I think it’s not something you can do overnight. Again, it’s just building up trust.”

An app for everything

That trust hasn’t been misplaced. A bricks-and-mortar company like Extra Space is hard to move online, given that what it’s providing is, well, extra space. However, in an era where there’s an app for everything, Kenneth’s team has done just that.

“To become quite high-tech, we’ve come out with an app, which is exciting. It’s something no-one in our industry has done before,” he says. “We’ve also come out with electronic locks, where people can now use their phone to get into the facility and open up their storage locker.”

During the pandemic, Kenneth’s people had already started moving a lot of their face-to-face interactions online. “All of our employees have truly pulled together at all levels to find creative ways of doing things differently,” he beams. One example is taking videos of the storage rooms or locations to send to customers. Moving it all to an app is just common sense. 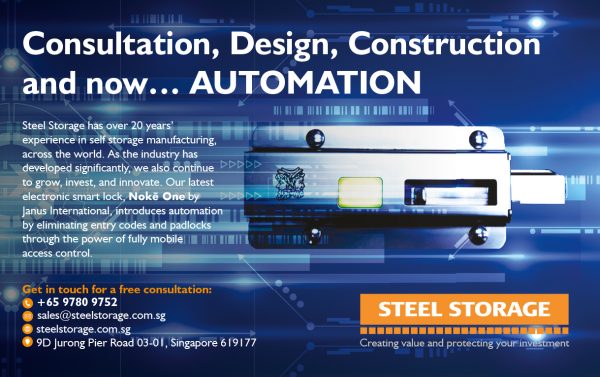