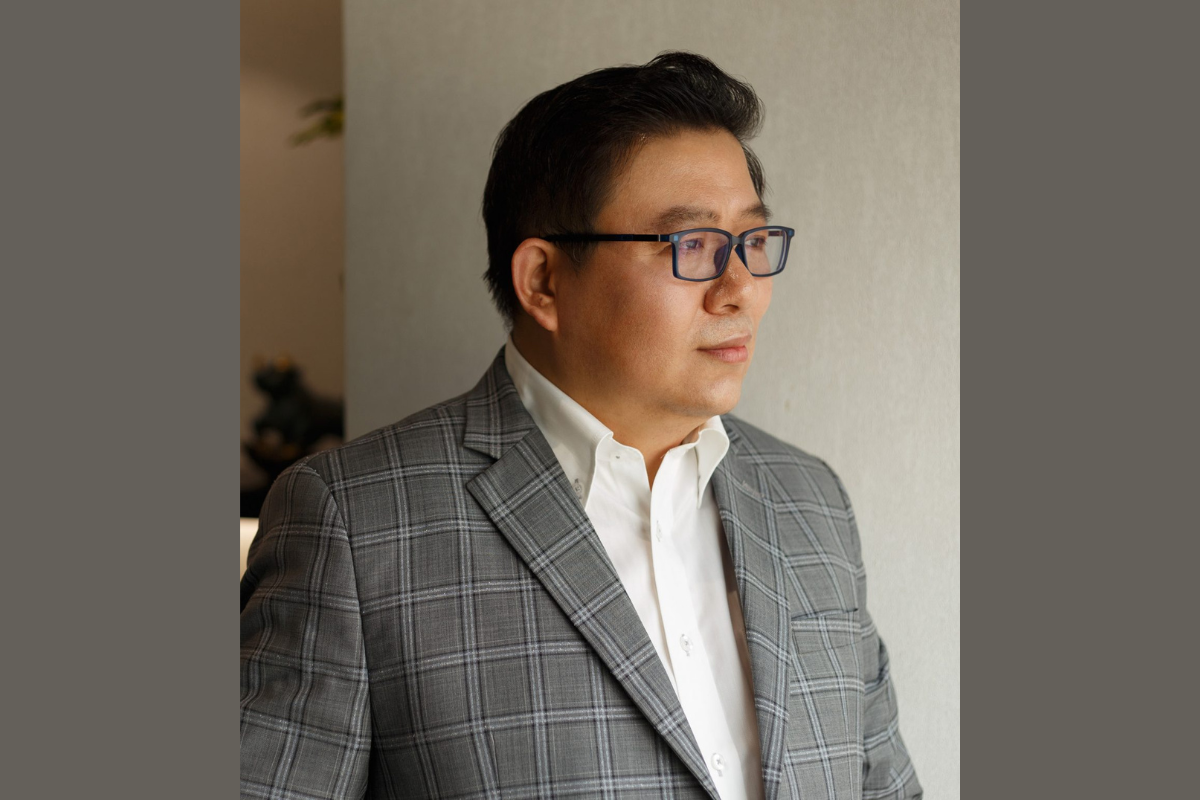 When Lance Li reflects on his career, one observation stands out: perfect timing is a myth. Long was the ladder to the top (in this case, the CEO-ship of BW Industrial Development) but despite his wealth of experience, Lance says he’s rarely felt completely ready for what the business world had in store for him.

Founded by global private equity firm Warburg Pincus, BW Industrial Development has, in a short space of time, shot to the top of Vietnam’s blossoming global manufacturing industry. The logistics and industrial rentals developer has taken advantage of the country’s push to boost its gross domestic product on the back of foreign investment in manufacturing.

“I was happy despite the fact I’d be moving to Vietnam on my own, away from my family, and might not be able to return until the end of the year, or something like that. And I’d never led a company,” Lance admits.

He took his concerns to Jeffrey Perlman, Managing Director of Warburg Pincus in South-East Asia. “I’d known Jeff for over 10 years, and he said, ‘Look, we invest in so many people and none of them were perfectly ready. So don’t worry, we’re here to help you.’ He was right; if you waited until you’re fully ready, it’d be too late.”

The Warburg investor entity’s faith in Lance’s ability to do the job came from the years he’d spent working within its portfolio. A decade at logistics real estate developer ESR China primed Lance on the ways of Warburg Pincus. “I’d been working with ESR’s co-founders, and they were looking to attract strategic investors,” he recalls. “So I met with Warburg Pincus, they backed us, and that was that.” 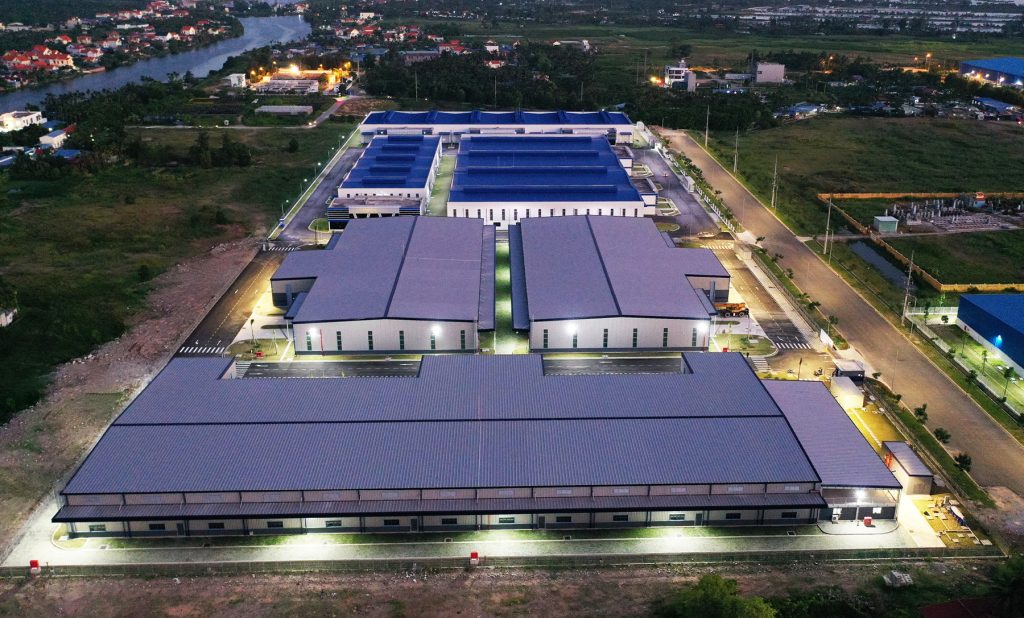 The beginning of Lance’s career was a time when there wasn’t a lot of local knowledge on how to build high-specification factories in China. “So clients would engage us to be their local representatives to get their factories built,” he explains.
Early success stories included big global names such as Sony Music and Mars. “Over 10 years, I built a lot of industry facilities and became well known in the industry,” he says.

When Warburg Pincus decided to start its own logistic and industrial concern in Vietnam, he was an obvious choice for CEO. The move solidified his career in an industry he never thought he’d be a part of. “I was just in construction initially, helping foreign investors realise opportunities in China. Now, I’m stuck in this industry,” he laughs. 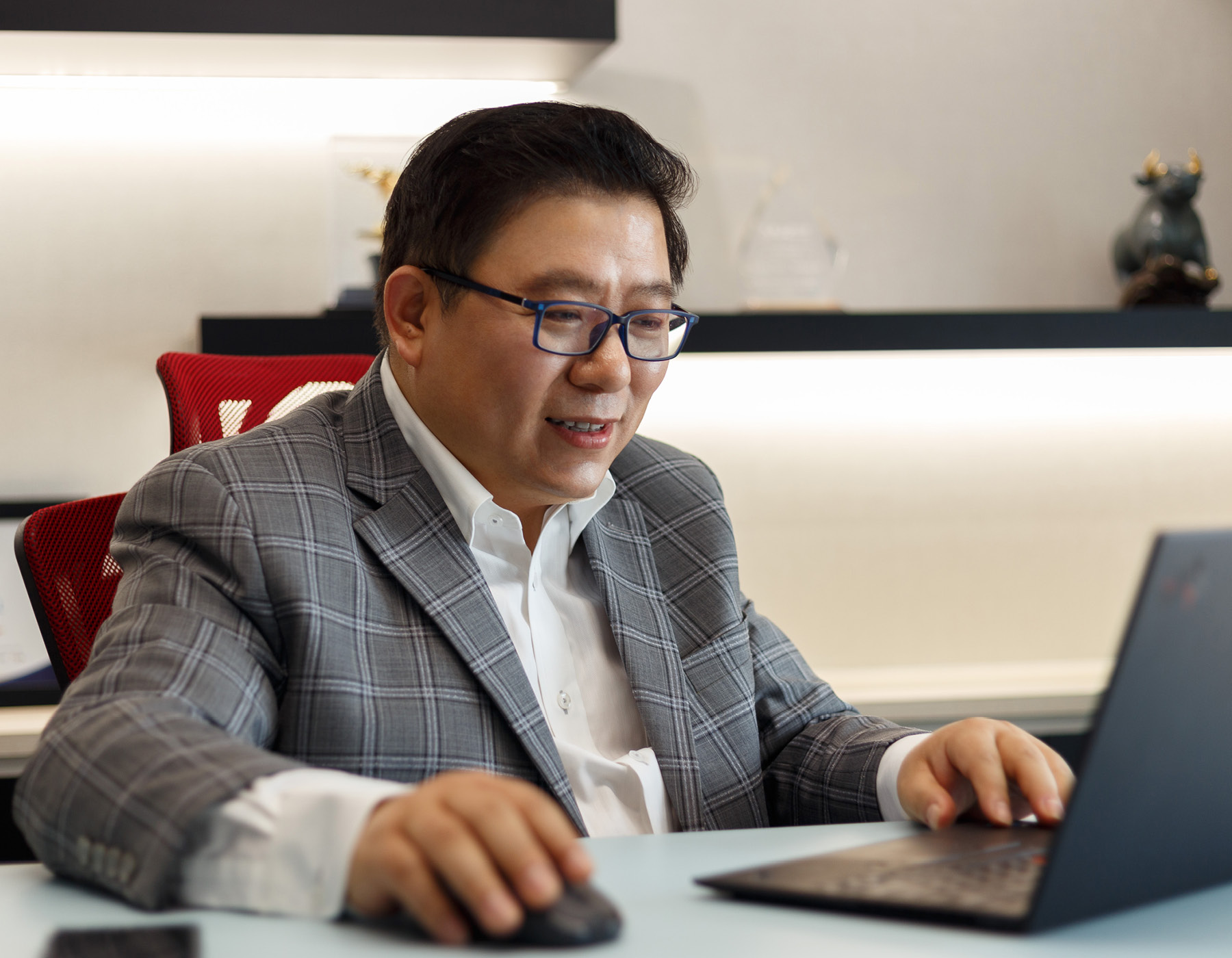 The Vietnamese team would be the first to tell you they don’t know a whole lot, but they’re eager to learn, and I should be there for them.

In fact, Lance has come to understand the industry like few others. He saw the potential in Vietnam long before the country’s industrial renaissance began, despite never having worked abroad. “While I was with ESR, I’d tried to get into Vietnam twice,” he remembers. “It’s quite like China and their people work hard.”

His time in Ho Chi Minh City opened his eyes to a world of potential. “The people are so open, so professional. Actually, they work even harder than the Chinese, from my point of view,” he says. “They’re much more straightforward and so am I. They very much respect competence and technical capability. They won’t follow you purely because you’re the CEO, but they’ll follow you if they believe they can learn from you. And I do have a lot to share with them.”

Lance’s fact-finding missions were a large part of Warburg’s decision to offer him the opportunity to move to Vietnam with BW. “Ultimately, it didn’t take me long to say yes,” he shares. “It was a challenge, but it’s challenges that make life more fun.” 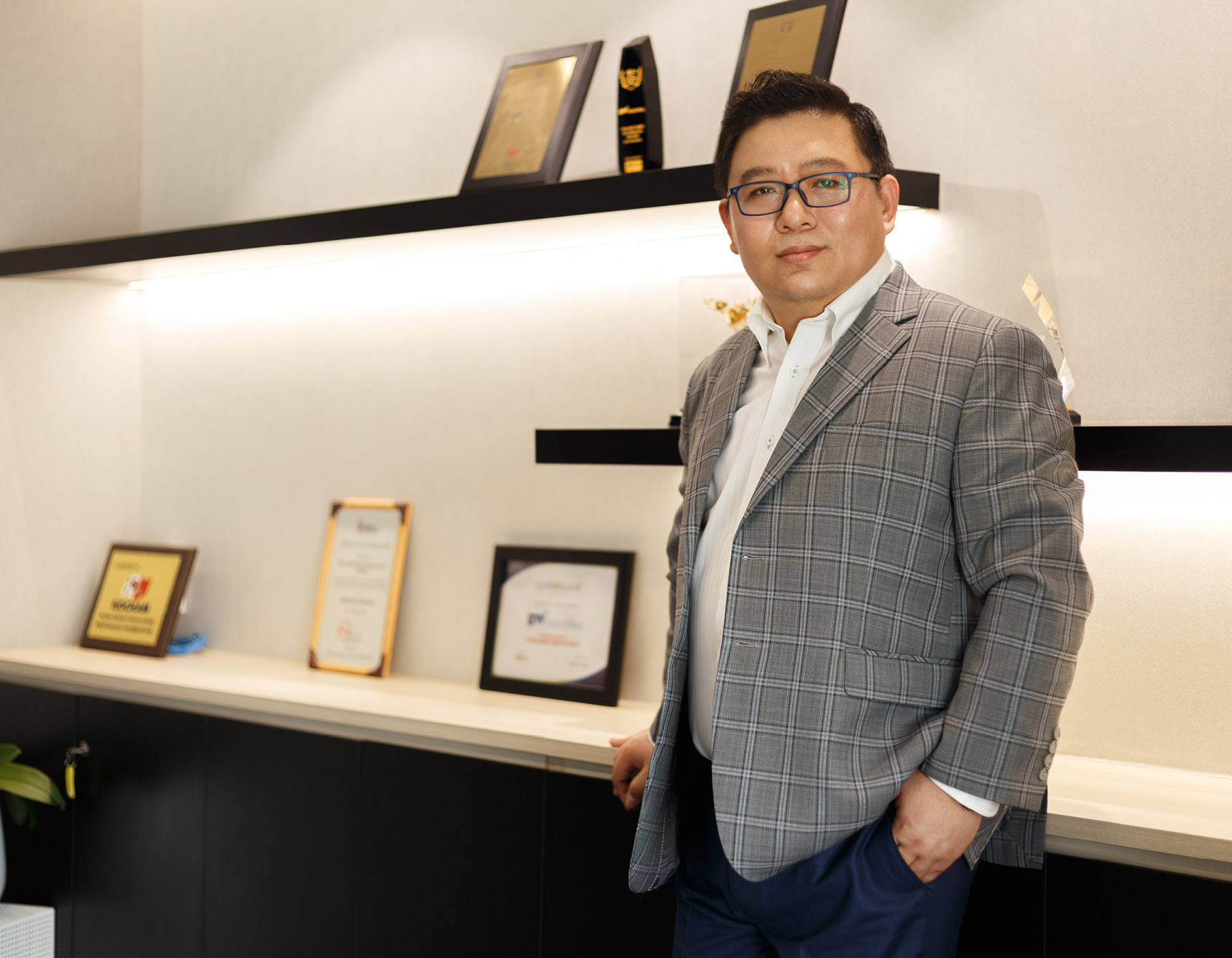 I’m quite happy to have witnessed the growth of the company, and that I participated and made my contributions, whether big or small.

Once the CEO got to work in Vietnam, he soon found his ideas about leadership challenged. “Early on, I believed that discipline was important. I pushed my teams hard, and I didn’t believe it was my job to give credit for a job well done; after all, that’s what you’re paid to do.

“But I’ve learned the value of encouragement, of pointing out the right direction and explaining why it’s right. The Vietnamese team would be the first to tell you they don’t know a whole lot, but they’re eager to learn, and I should be there for them. That way I’m doing my part to prepare them, to make them ready for opportunities that come their way down the line.”
The move also fell squarely within Lance’s belief in driving change on a personal level. “Whenever I’ve taken a job, I like to think that my participation can change the company and even the industry,” he says. “With companies of a certain size, you get the feeling that no matter what you do or how you do it, you can’t make a difference. That wasn’t the case with BW, and I think the move to Vietnam made it even clearer to me that I was driving change.”

But the rapid evolution of China’s economy, and Vietnam’s in turn, has driven the logistics real estate business in South-East Asia to new heights, and Lance’s place in that in a mythical convergence of circumstance is perhaps best described as perfect timing. “We’re lucky,” he says. “And I’m quite happy to have witnessed the growth of the company, and that I participated and made my contributions, whether big or small.”

An experienced and leading state-owned commercial bank, and a leading partner of FDI enterprises. 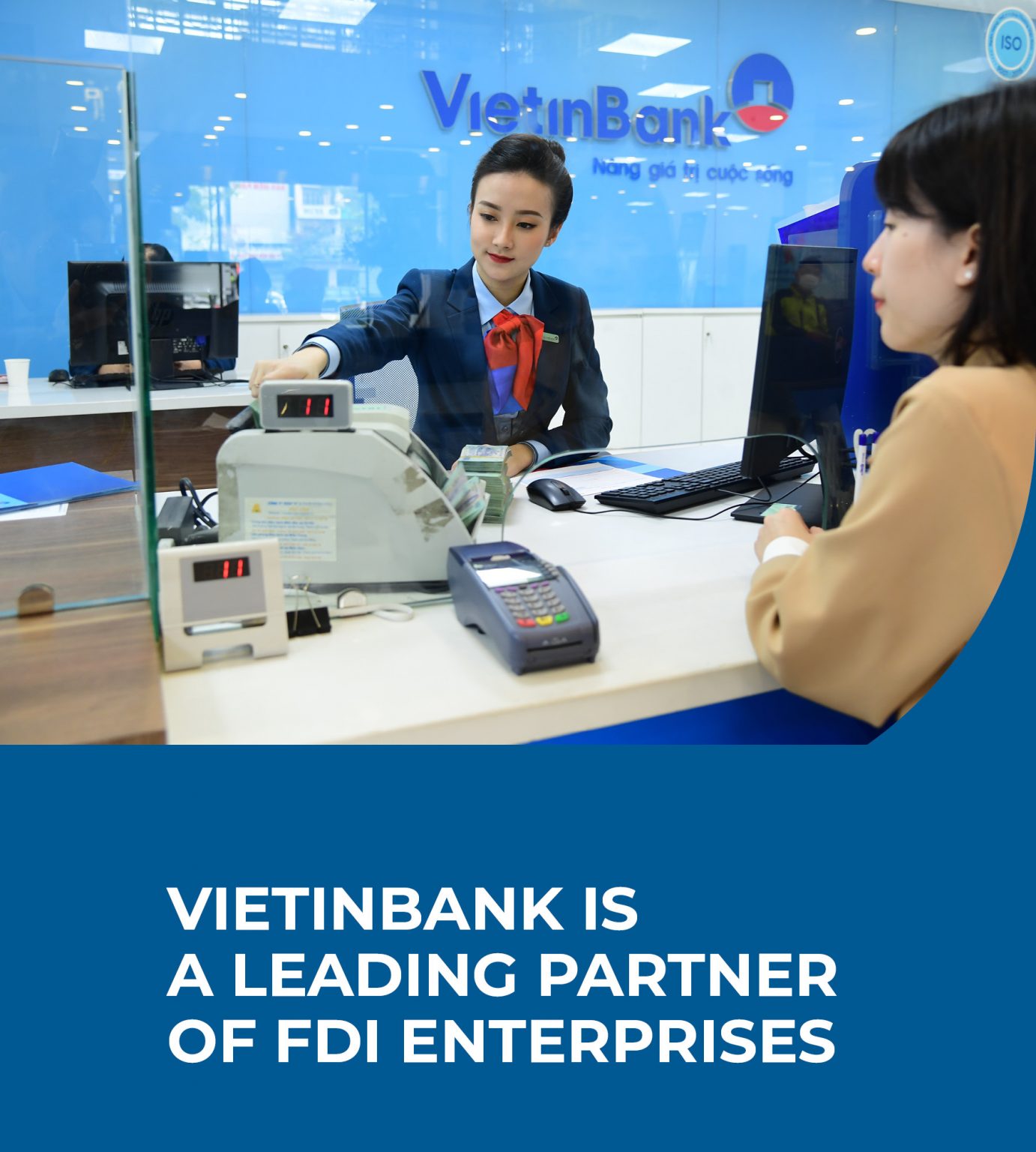 “Since entering the Vietnamese market, BWID has chosen VietinBank for transactions and financing its projects. BWID’s strong and successful development has always been accompanied by the close companionship of VietinBank. Strategic and comprehensive cooperation on the basis of win–win is the guideline in all activities between VietinBank and BWID.” – Tran Minh Binh, Chairman, VietinBank