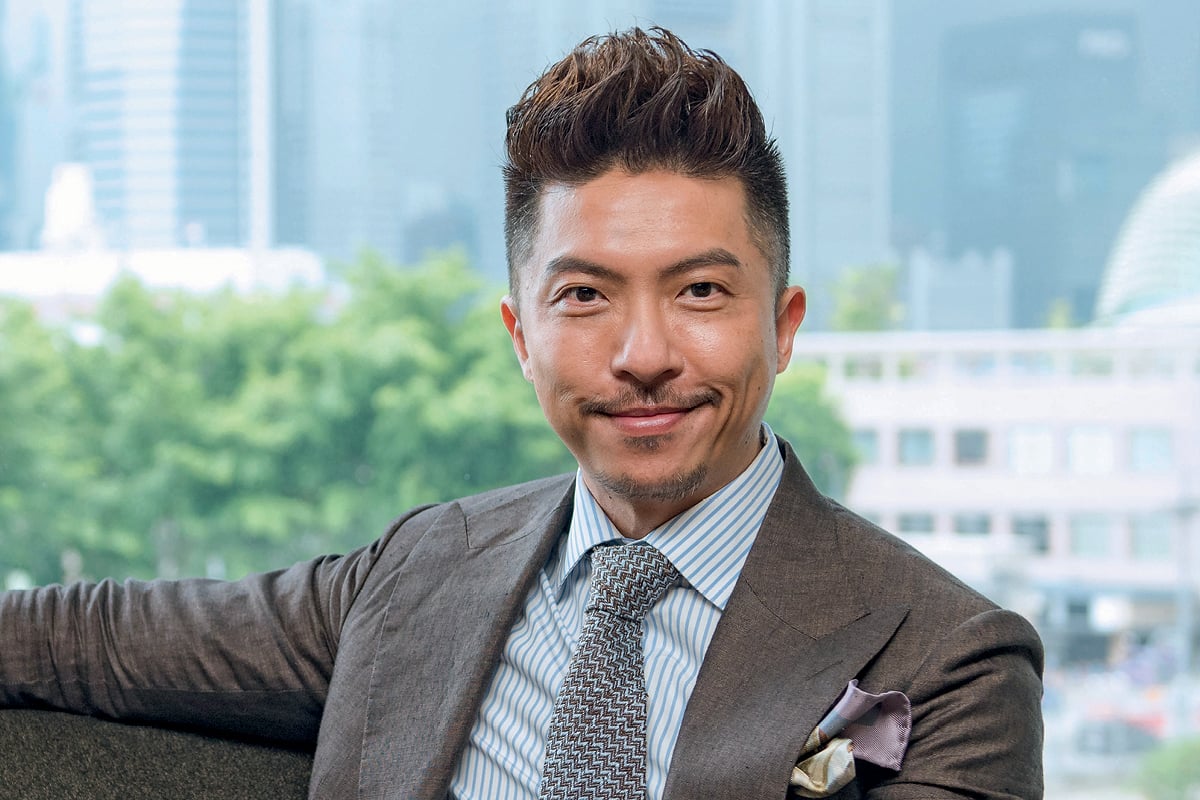 Leonard Lee takes pride in affecting change. “It’s important because, to me, there is a difference between leading and being a leader,” says Leonard, who is Regional Creative Officer and Regional Managing Director of Wilson & Associates. “This was something that a mentor of mine instilled in me throughout my career.

“He said the difference between the two is when you’re a leader, you either got there because you’ve earned it and you worked your way there, or you came into that position. But leading is leading a group of people who follow you willingly. Not because they have to but because they want to. This is what I like to do.”

After studying interior architecture in the 1990s, Leonard joined a local Singaporean architectural firm. During his three years there, he worked on the Esplanade project, an iconic performing arts theatre in Singapore. “It was a long project, and I was looking for something that allowed me to be more creative,” Leonard recalls.

“It struck me that I should explore hospitality design. When you design a hotel, you get to work on every aspect of design such as restaurants, guestrooms, lobby spaces, ballrooms and meeting rooms.”

Leonard decided to seek out Wilson & Associates. “Emails weren’t a thing yet, so I actually wrote a letter to them,” he says. “I got a call back and the rest is history.”

Leo Burnett once said, “Curiosity about life in all of its aspects, I think, is still the secret of great creative people.” This is true for Leonard. Early in his career at Wilson & Associates, Leonard’s mentor, Bernie, saw the potential in Leonard and trusted him with the task of designing an entire hotel by himself.

“I had no experience in hospitality design as this precocious, young kid,” Leonard says. “Maybe he saw something in me, and he believed that I would grow into a talented and creative designer.”

It was an exciting opportunity for Leonard, given that designing a hotel as an entry-level employee was unheard of at the time because typically when you join a firm, you start at the bottom. “Looking back, Bernie recognised that this would help me grow by leaps and bounds,” Leonard reflects. 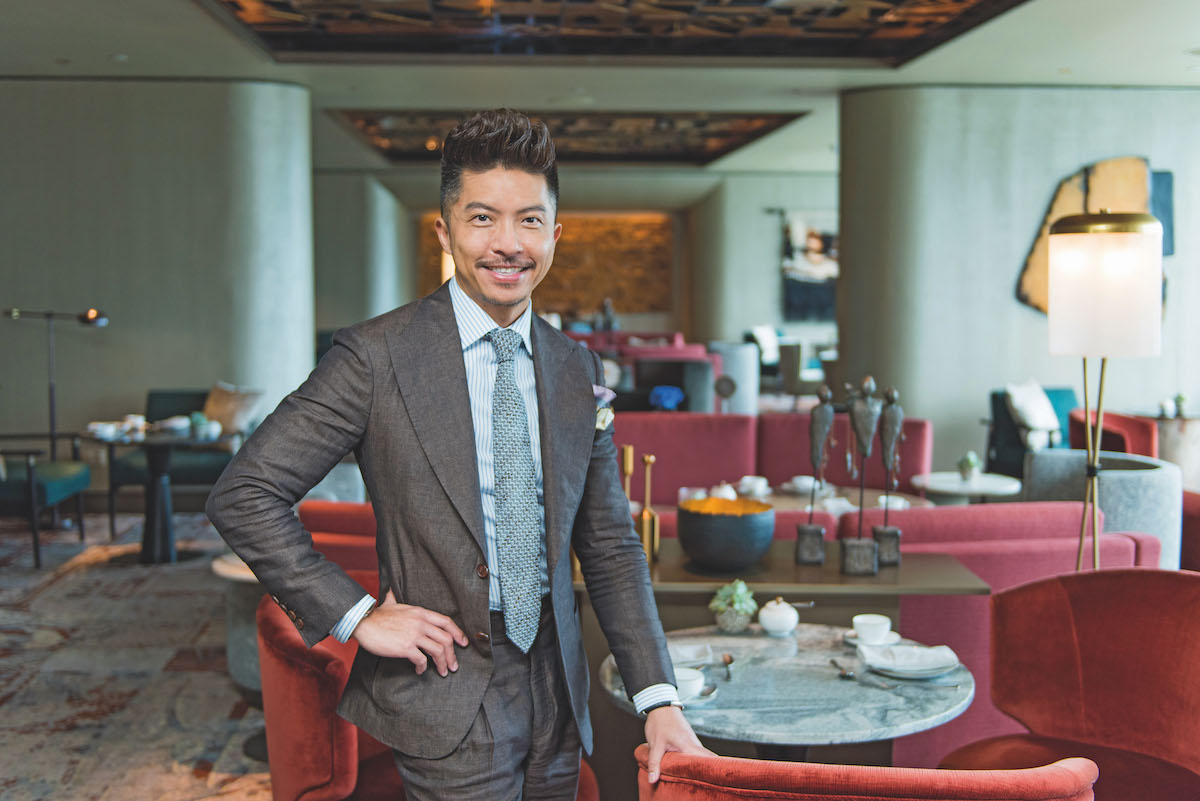 “By doing that, he was also aware that I would make mistakes and was okay with that because he knew it’s how I’d learn and grow. It was wonderful to know that.”

The hotel, Conrad Bangkok, was built and opened in 2003. “It only recently underwent renovations,” Leonard says. “This is also something unheard of because, in this day and age, the life span of a hotel building is probably five to seven years, but it was almost 10 years before they renovated.”

Leonard has been with the company for nearly 20 years and hopes that young people will stick around as long as he has. “The only way to keep people around is to paint them a vision,” he says.

“I strongly believe in this. People are motivated by finances. I see this now, especially the fresh graduates, they tend to hop around. Every time they jump, they believe they can get more salary. I don’t want to see that in our company.

“I want to create an environment where the people that I’m leading share the vision and believe in what I’m trying to do. Once they believe in that vision and feel that they are a part of it, they will stay longer and help me, and the firm, reach the goal.”

The company has a team of 85 people in Singapore and a small group in Bangkok and Tokyo that are just starting. Leonard has cultivated a close-knit team that looks out for each other. “Here in Singapore, we’re like family,” Leonard boasts. “This attitude goes back to when I first started with the firm. Back then, we had around 20 people. 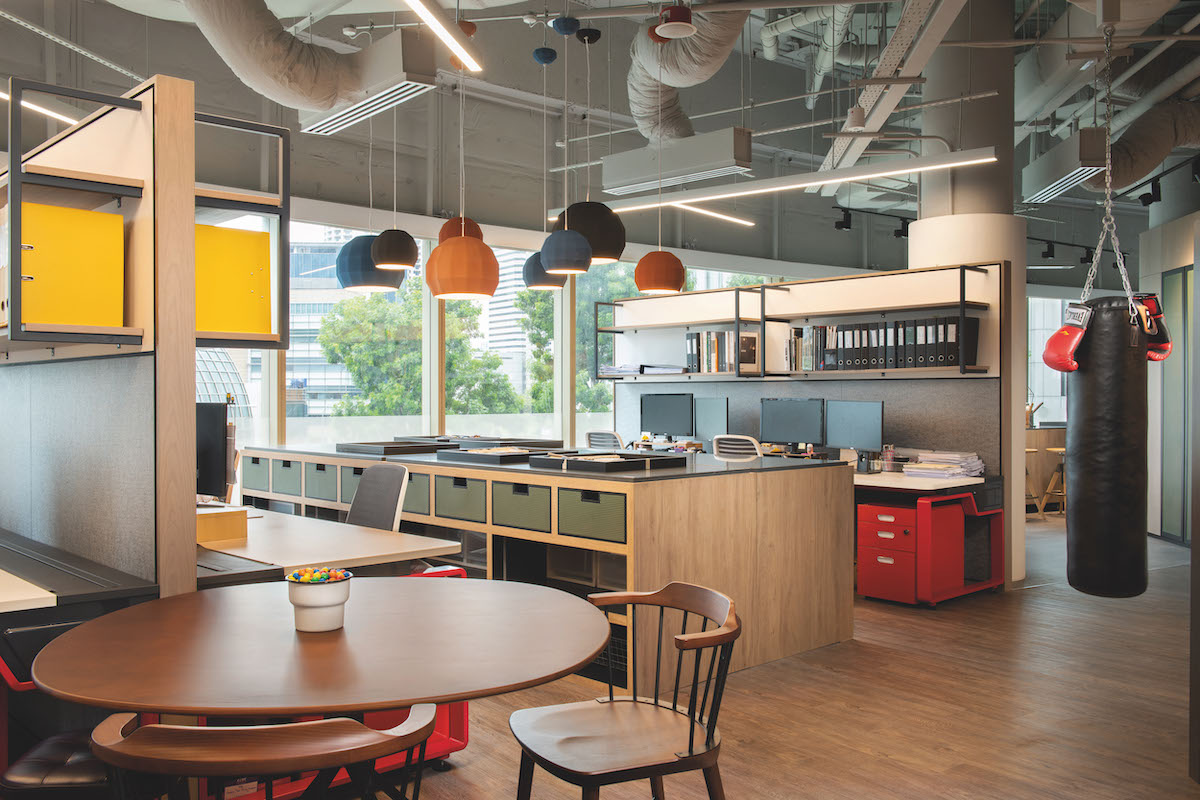 “I wanted that same philosophy as we grew. I impress this upon my leadership team and I treat them like family with the hope that they will then do the same for their teams. I think that’s how you spread it across the entire office.”

At Wilson & Associates, the team celebrates small wins. Leonard has cultivated a culture where nothing is too small to celebrate. “I tell the senior leaders to find the time to congratulate,” Leonard says.

“Even if we didn’t have a successful pitch, but were among the finalists, I think it’s important to celebrate that still. At the end of the day, people want to be recognised.”

The family-like culture means that Leonard is honest and open with his employees. “I always tell the team that I’m here to speak to them even if it has nothing to do with work. You want to be able to know every one of your employees on a personal level. Because once you start sharing, you have a closer connection. I think once you have that sort of culture, people tend to stay in the firm longer, and there are fewer office politics, which can be disruptive.”

Of course, families also need to keep each other accountable. The most challenging part of leading the business for Leonard is downsizing. The firm has recently dealt with the challenge of a competitive industry and had to make tough decisions.

“We weren’t quite meeting our targets,” he explains. “It’s always challenging when you have to look at the team and decide who to let go. Not many people understand why. You can tell them it’s a business decision but, deep down, I don’t think many people truly understand.”

As a positive person, Leonard finds it challenging to deal with because he’s optimistic about the teams and the firm. Throughout this process, he’s adopted a pragmatic approach and learned to hire the right people for the job. “When I came into this position, I inherited the team,” he says. 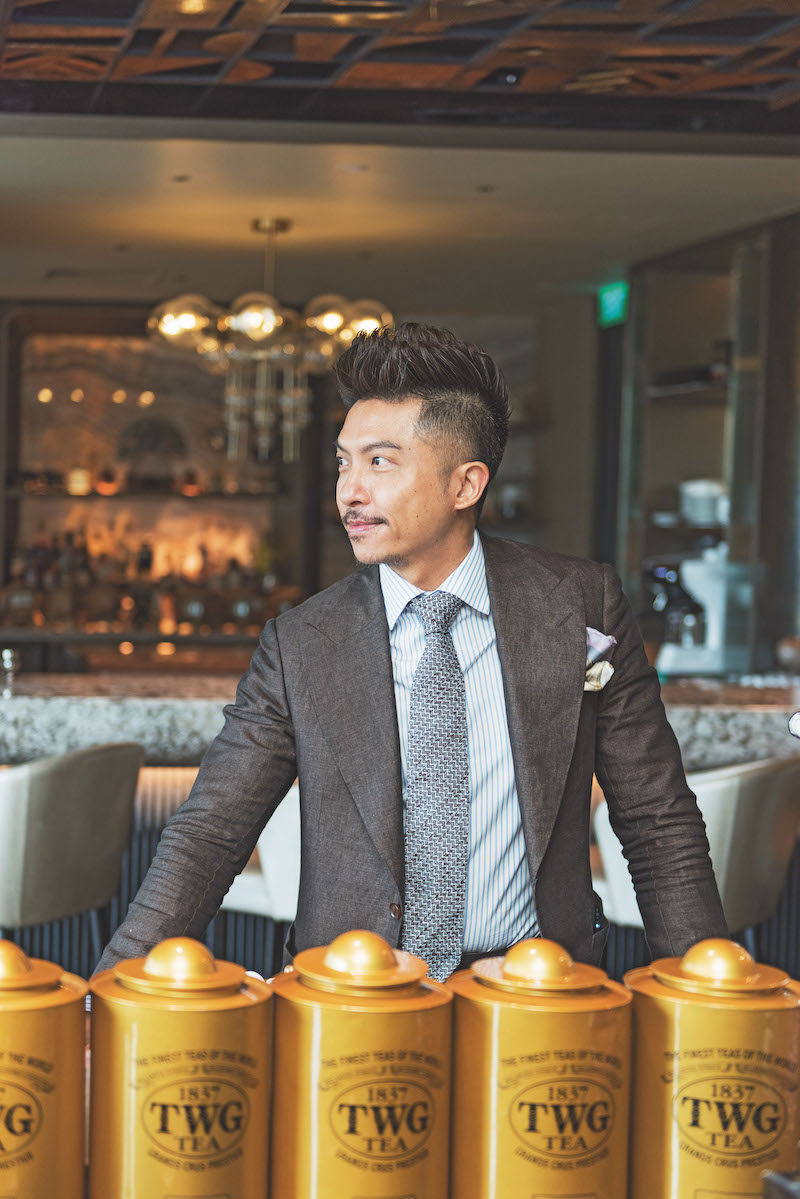 “I’ve come to realise that in any business there will be people who are coasting. They’re in a comfort zone. You need to identify individuals like that.

“First and foremost, I learned that you don’t get rid of them right away,” he continues.

“You need to give them an opportunity. You need to understand why they are working the way they are. Find out what it is that motivates them. Maybe they weren’t used the right way. I always have to look at that first and then decide, so you’re allowing people to perform better. If they don’t, then the call is easier.”

Leonard believes that the consistency of Wilson & Associates makes it stand out from other firms. “Right now, my vision is transformation,” Leonard says.

“It’s really about evolving because we’re celebrating 50 years next year. I feel that it’s time for us to evolve, be a better version of ourselves. That’s why you have to be consistent when you want to impart that vision. You can’t waver from it because then it wouldn’t be authentic.”

The industry is competitive, and Wilson & Associates must ensure it has a strong team since more talented individuals who’ve left larger firms are setting up their own. Leonard’s team must navigate this and the competition’s different price points.

“They’re able to come in more competitively with their pricing, which is something that I’m looking at,” he explains. “We need to find a way to position ourselves to give us an advantage.”

Leonard adopted the idea of transformation from bestselling author and motivational speaker Simon Sinek. “It’s so true what he says about how not many people know why they do what they do,” he explains. “They know what they do and how to do it. But not a lot of people understand why they do it.

“For a firm that’s been around for almost 50 years, you can be so focused on the mundane stuff, like the numbers or making a client happy. We must remind ourselves why we are doing this. If we can present to clients and have them understand why we’re doing this, I think it will set us apart from our competitors.”

The idea of transformation for Leonard is a long-term road. “We’re looking at how we can better present ourselves image-wise,” he says. “We’re looking again at our marketing collateral, trying to come up with more creative ways to do it. After all, we are in the design business. And then, of course, it’s looking at different markets, going where it’s not so crowded.”

Australia and New Zealand may be on the horizon, as it’s a market that Leonard is interested in. “We could be looking at opening an office in Sydney,” he says. “We’ve got a couple of projects in Australia, one in Auckland, and also one in Fiji. There aren’t many international firms there now.” 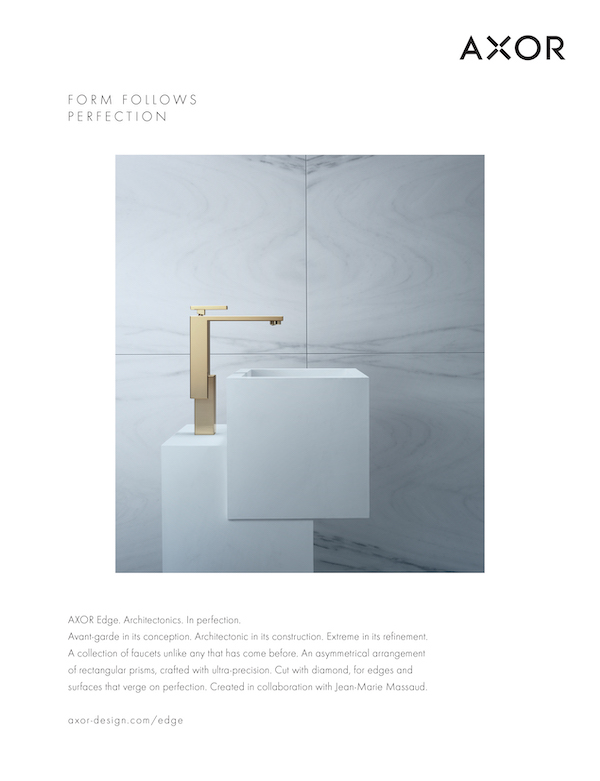 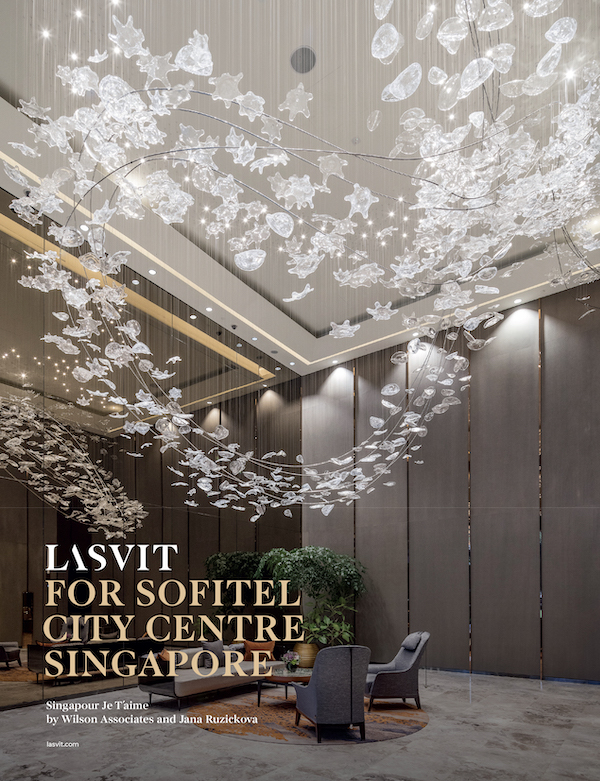 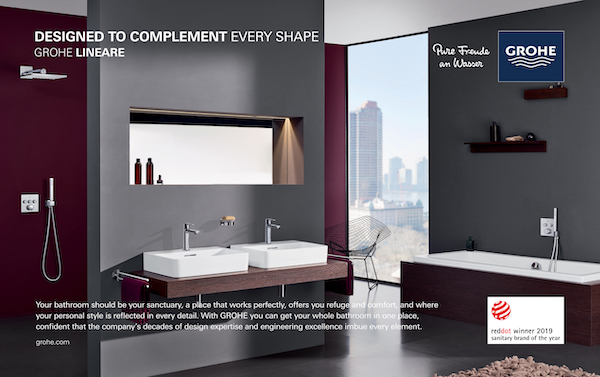 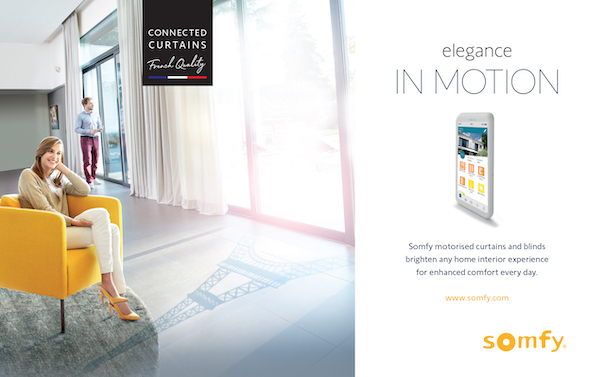