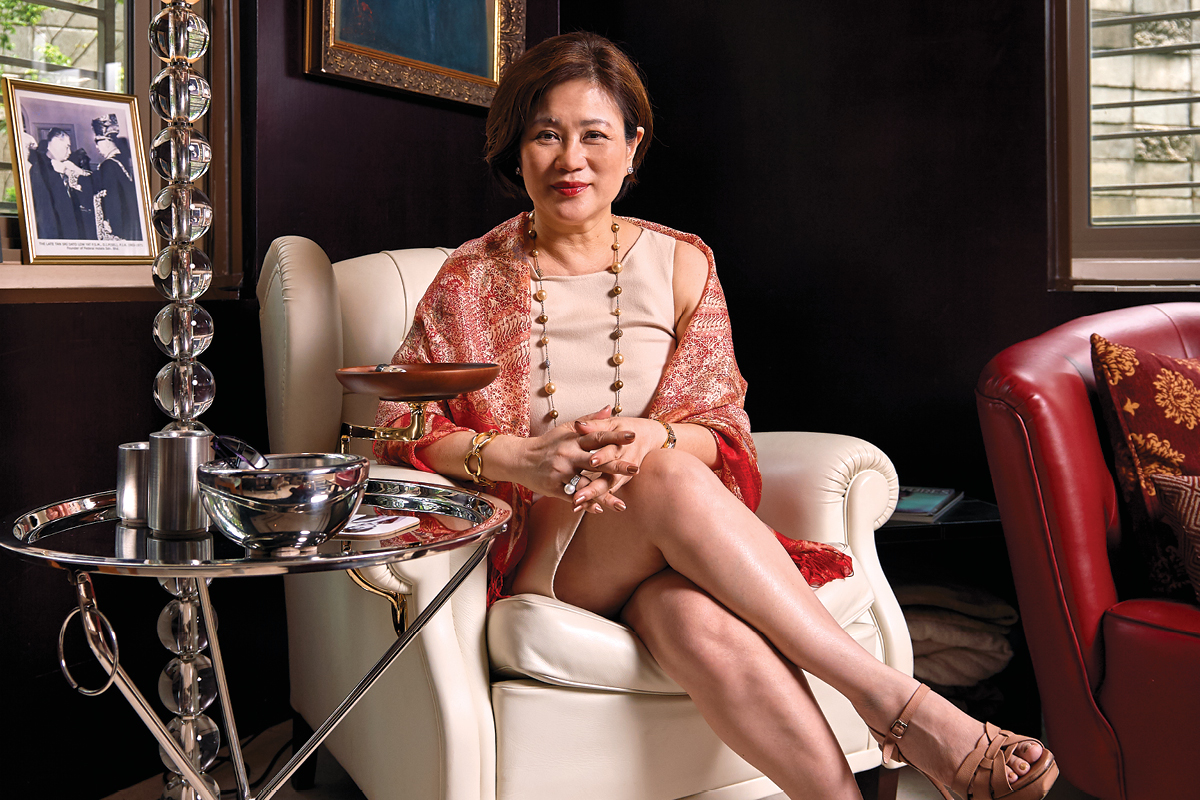 When Low Su Ming is asked to describe her childhood, she recalls happy memories of travelling the world with her family. “It was a lot of fun,” she says. While many people love to buy souvenirs during their trips abroad, Su Ming reveals that her father preferred to make much bigger purchases.

“My dad enjoyed travels with his family and along the way, he would snap up properties all over the world. It was very much his pastime to buy properties whenever we were on vacation,” she reflects.

Of course, it was far more than just a hobby for Su Ming’s father, Tan Sri Low Yow Chuan; it was his passion. The Malaysian property developer and hotelier was dedicated to growing his family business, the Low Yat Group, which was founded in 1947 by his own father, Tan Sri Low Yat.

In 2006, the business was passed down to the third generation and is now run by Su Ming and her three brothers. Today, the Low Yat Group is one of Malaysia’s largest privately owned groups. After starting out as a construction business, it now has diversified interests across the property development, hospitality, retail and agriculture sectors.

Given that Su Ming was just 16 and still in high school when she was first given the responsibility of managing properties for her father, she can barely a remember a time when she wasn’t working in the family business. “I was entrusted with a duty to take care of these properties. I suppose this was my dad’s first business influence on me,” she says.

Su Ming joined the Low Yat Group full time in 1986 after completing an architecture degree at the University of New South Wales in Sydney. Soon after graduating, she was put in charge of the interior refurbishments and project procurement for three hotels: The Crown Princess and The Federal, both in Kuala Lumpur, and The Grace in Sydney.

After spending the past three decades working her way up through the business, Su Ming is now Managing Director of the property division and Group Executive Director. She knows her father is proud of all that she has achieved, but she’s not sure how her late grandfather would feel if he could see his business now.

“My grandfather hailed from China and had very traditional values. I don’t think he would have imagined that his granddaughter would be working in the company, let alone assuming a leadership role,” she explains.

While Su Ming feels privileged to follow in her father’s footsteps, she says she’s been careful to carve her own path. “My father always tells my brothers and me to learn from his mistakes. To me, that speaks volumes about his strength of character, wisdom, humility and, most of all, his unconditional love for his family. It’s very important that you learn from the past in order to grow the future,” she says. 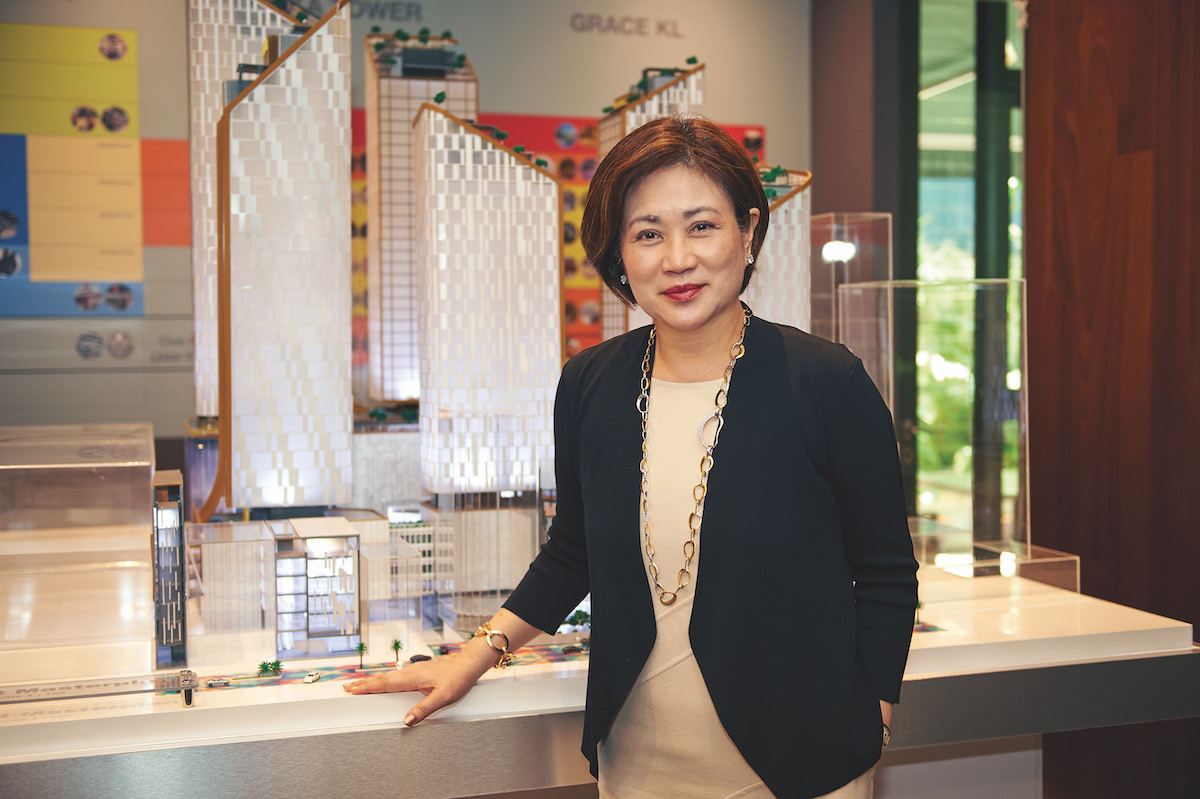 “We are a family business, and we are looking at how to grow the business in a way that enables us to focus on maturing the next generation of leaders. That’s pretty much the purpose and my personal goal is to develop responsible family members to be leaders for the company.”

Su Ming’s daughter, who is 25 and the eldest of 10 grandchildren in the fourth generation, joined the Low Yat Group three years ago after graduating from university.

Su Ming expects another three young family members to join the business this year under the guidance of herself, her brothers and her father, who is now 87.

“In his own way, my father is also nurturing the fourth generation, because he’s pretty excited about them joining the business. It’s great for them to be exposed to his wisdom and experience. He talks a lot about business and family values and defines the fine line between them and, therefore, the need for family governance and policies to be clearly defined. I believe without a successful family, you won’t have a successful family business,” Su Ming says.

“It’s very important that you learn from the past in order to grow the future.”

Describing herself as a “guardian”, Su Ming believes her role is to protect and care for the company until the next generation is ready to take over. Although the Low Yat Group has very traditional roots, she recognises the need to evolve the business to make it more resilient in the future.

“We’re a 72-year-old company and we have loyal employees who have been with us for 20–50 years, but we also have younger staff members from generation Y and generation Z,” Su Ming says. “As a company, we need to embrace change with the fourth generation. We must recognise the shift in lifestyle in these younger employees and we must also shift the company’s mindset in terms of our traditional rules and regulations.”

Technology also poses a challenge to the business; however, Su Ming tries to approach it as an opportunity rather than an obstacle. “In this digital age, when there is so much disruption in the market, it’s really about how well we can adapt to these changes as a business, because it’s affecting everything we do. If I want to build a mall, I have to take into account online shopping. I also have to consider whether we might need less car parking, because there’s now Grab and Uber,” she says.

“In this digital age, when there is so much disruption in the market, it’s really about how well we can adapt to these changes as a business.”

“With our hotels, we now have to meet the disruptive challenges posed by Airbnb-type operators. Therefore, it’s important for us to consider these disruptions in a positive way and then it comes down to the kind of planning that we do. Today, we talk about disrupters in just about everything that we do. We need to rethink our business model to evolve and adapt to these changing dynamics.”

As Su Ming looks to the future, she says maintaining the Low Yat Group’s outstanding reputation in the market is essential. “We have been around for many years and we are here to stay,” she says. “We want to continue to be around for many more years for the younger generations. But without a good reputation, it’s very hard to sustain the business.”

This is why the company works closely with suppliers who share the same values and integrity. “I believe in harmony and having a good working relationship with all my business partners. Each one contributes greatly and has to be recognised, and together we form a team to bring about the end product.”

Reflecting on her 33 years working for the Low Yat Group, Su Ming highlights developing luxury apartment complex Shiki Niseko in Japanese ski resort Niseko in
2011 as one of her greatest achievements. “It’s just one of the many challenges that I’ve faced, but it stands out as it was a new country,” she says.

“I didn’t know the language and it was a new culture and a new way of working. The project was exciting, rewarding and a challenge that I will never forget.” Su Ming hopes the fourth generation will be able to experience the same exhilaration and satisfaction that she has enjoyed during her career with the Low Yat Group.

“I think the future of the company is bright: we have happy employees, we keep up with the times and we have a family that can work well together,” she says with a smile. 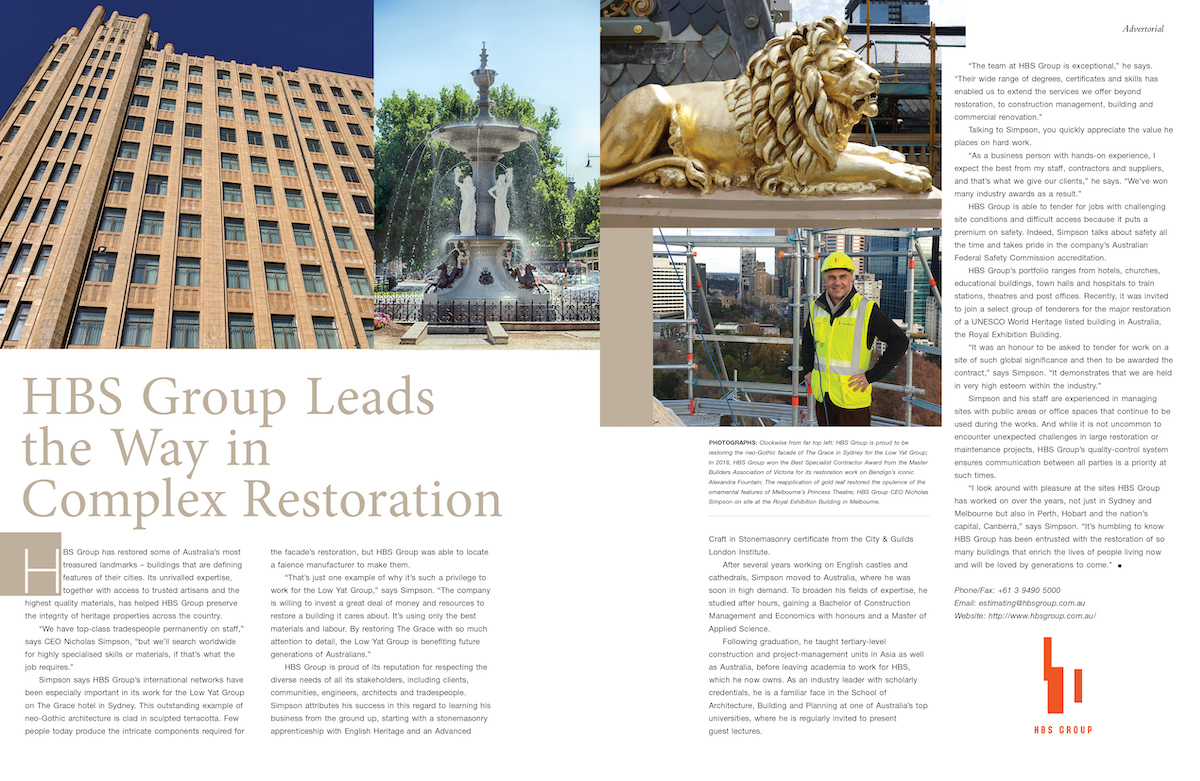