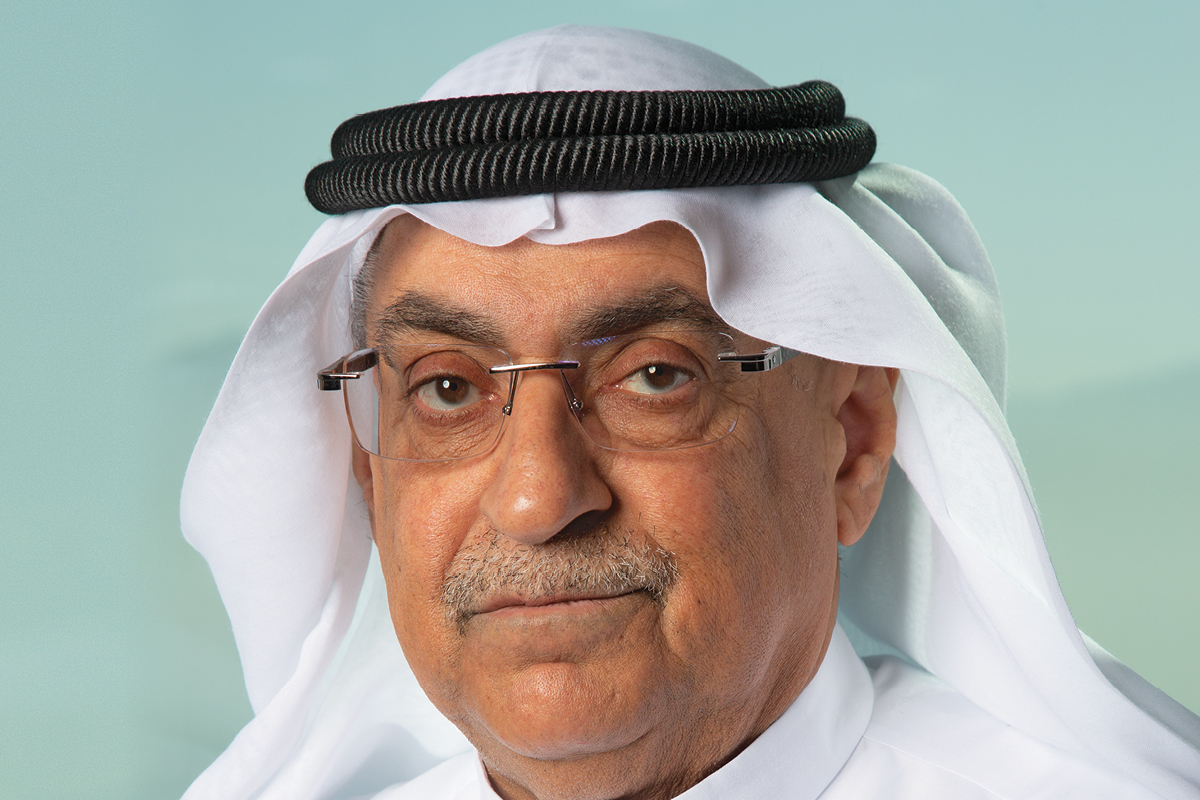 No challenge is too big for Mohammad Sultan Al Qadi. As CEO and Managing Director of RAK Properties, he has spent the past 15 years leading one of the largest real estate development companies in the UAE.

Despite being hit by the global financial crisis in 2008 and a slowdown in the economy in 2018, RAK Properties has continued to grow and thrive. “I believe difficulty is always there, and there is no life without it,” Mohammad says.

“Challenges exist, from the day we are born until the day that we leave this life. We are here to manage the challenges and to see opportunities during times of crisis.”

There’s no doubt this optimistic outlook has guided Mohammad throughout his career, helping him focus on the bigger picture rather than the many obstacles that one encounters on the road to success.

He has led RAK Properties as CEO and Managing Director since the company’s founding in 2005 as part of a vision set out by the Ruler of Ras Al Khaimah, His Highness Sheikh Saud Bin Saqr Al Qasimi.

Challenges exist, from the day we are born until the day that we leave this life.

“The UAE is lucky, because we have capable, visionary leaders, who give us all the support we need. They always find solutions in times of crisis,” Mohammad says.

Tasked with a mission to lead real estate and tourism infrastructural development in Ras Al Khaimah, RAK Properties has built a strong record of attracting foreign investors to state-of-the-art projects, including luxury hotels and resorts.

“When we established RAK Properties, we were aiming to raise AED2 billion (€494 million) as capital, but were lucky enough to attain AED63 billion (€15 billion) in share subscription,” Mohammad recalls.

“From the very beginning, we had the goal of becoming the best real estate company in Ras Al Khaimah.” RAK Properties has become a trusted firm in the region over the past 15 years.

In 2019, it was named Best Hospitality Developer at the prestigious Forbes Middle East Awards, just one of many accolades the team has won since its establishment. Its most notable achievement, however, is the role it has played in elevating the standard of living in the emirate.

“Back in 2005, Ras Al Khaimah was behind. It was not highly developed compared to other emirates such as Dubai, Abu Dhabi and Sharjah,” Mohammad reflects. 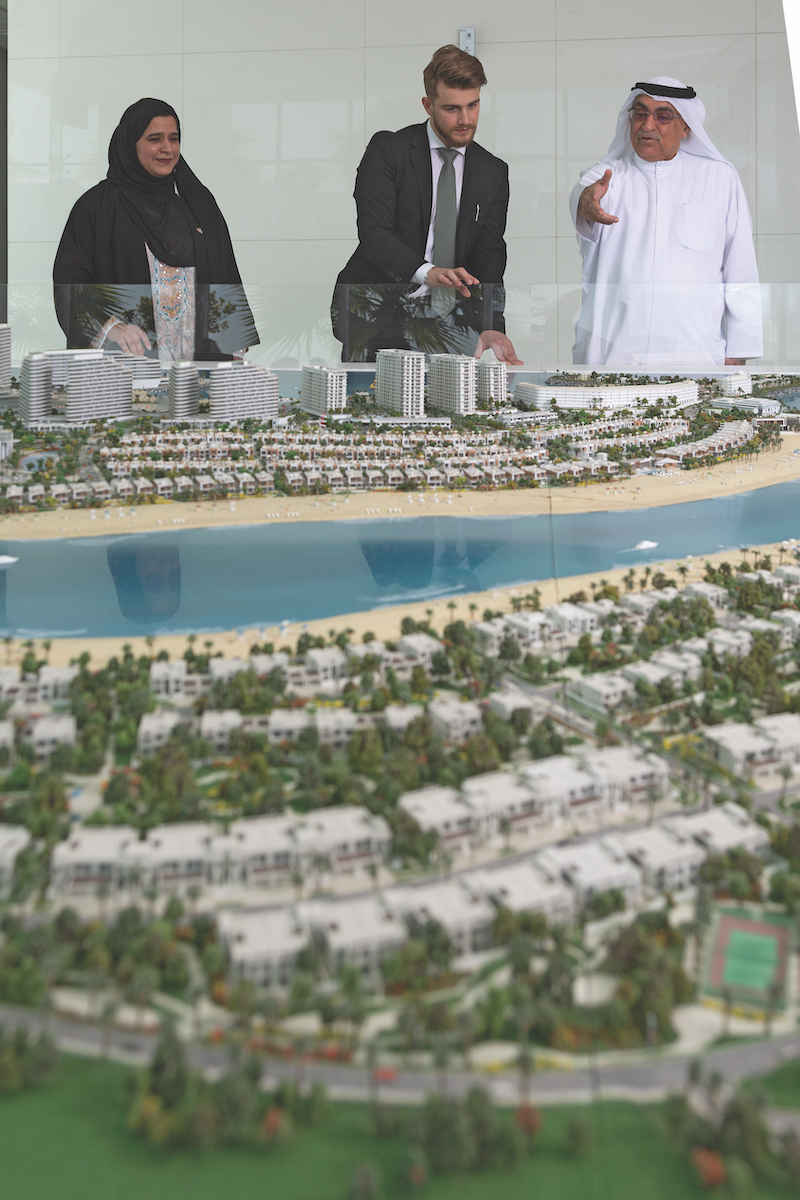 Inspired by the vision set out by His Highness Sheikh Saud Bin Saqr Al Qasimi, he thought, “Why don’t we do something to improve the situation and align with what the other emirates have to offer?

Let’s create something unique and make Ras Al Khaimah a destination.” Although RAK Properties has developed many iconic towers and residential communities, Mohammad considers Mina Al Arab to be a standout.

Described as ‘home to perfection’, it is a luxury waterfront community with lush landscaping, coastal wetlands and pristine beaches. Located on a 66.7-million-square-metre island, this flagship development has been designed to be the new social and entertainment hub of Ras Al Khaimah.

“It’s like living in a holiday paradise. It is near the coast and you have nice facilities surrounded by beautiful landscaping,” Mohammad explains.

“We identified a gap in the market for high-quality residential developments and introduced a new lifestyle to the people of the Emirate through Mina Al Arab. We also built hotels, towers and office buildings, all of which have added a lot of value to Ras Al Khaimah.”

We identified a gap in the market for high-quality residential developments and introduced a new lifestyle to the people of the emirate.

It is apparent that RAK Properties’ efforts are paying off; the northern emirate is now a fast-growing tourist destination.

Last year, the Ras Al Khaimah Tourism Development Authority announced stellar visitor figures for 2019, with arrivals seeing an increase of almost 4% to 1.12 million and revenue per available room (RevPAR) recorded at an impressive US$114.90 (€102.75), among one of the highest in the region.

This was also reflected in the strong yearly occupancy rates averaging 74%. With its close proximity to beaches, sand dunes and mountains, Mohammad believes that Ras Al Khaimah has something for everyone.

“We have the best location. If you want to go to the dunes, they are less than a 10-minute drive away. If you want to visit the beach, it won’t take you more than five minutes.

With so much nature on our doorstep, it makes sense to build a tourism industry around it, and we’ve been successful. We are seeing increased demand for beachfront properties.

In addition, Ras Al Khaimah enjoys proximity to Dubai. All these factors make the emirate unique and differentiates it from others,” he enthuses.

One of the keys to RAK Properties’ success has been building strong relationships with suppliers. “We consider them to be our partners. There is mutual respect between us,” Mohammad affirms.

“I like to believe that RAK Properties is one of the best companies to deal with. We have no disputes, no issues and no delays in payment. We keep everything running smoothly so that our relationships with our partners remain excellent.”

According to Mohammad, the company extends the same treatment to its investors. “I’m constantly trying to balance the needs of our shareholders, customers, suppliers, and staff. These four pillars should always be strong and complement one another, because without them, we wouldn’t have been able to achieve everything we have to date. I’m very thankful to our investors for trusting in this company, and I want them to know that their investment is in good hands.” 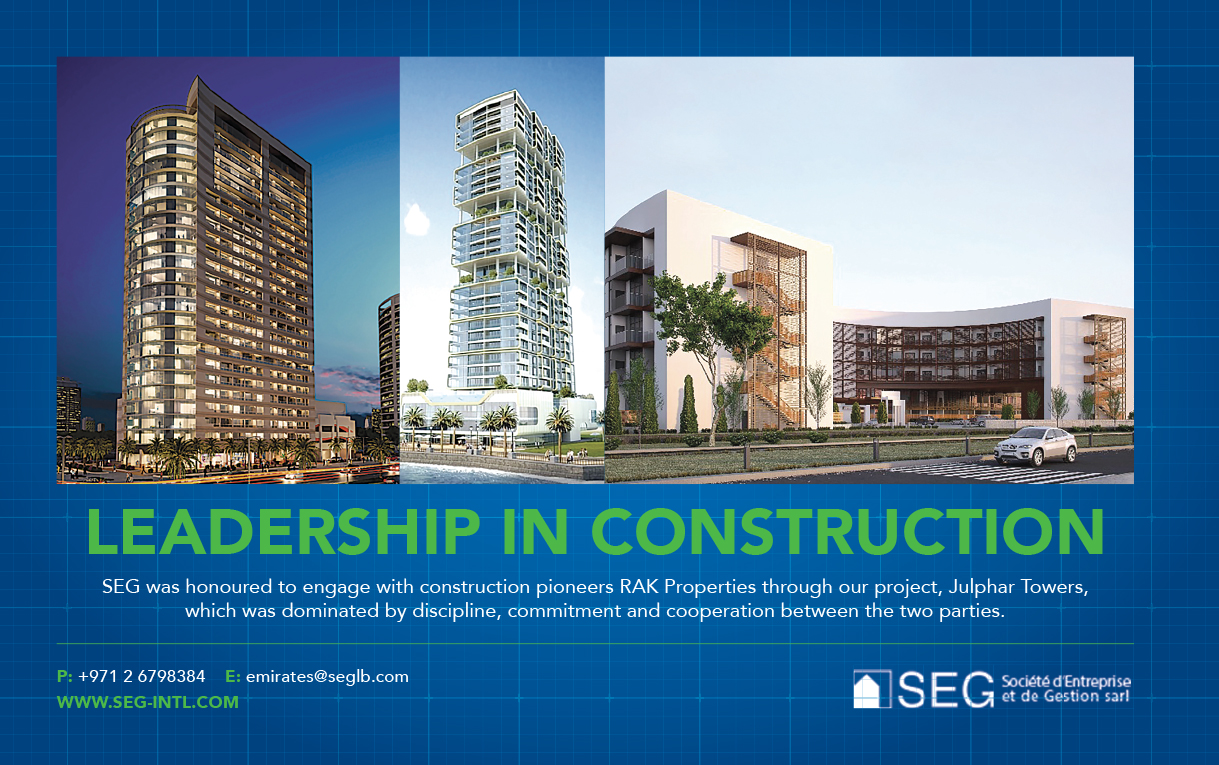