“Our business depends a lot on collaboration”: Patrick Keenan 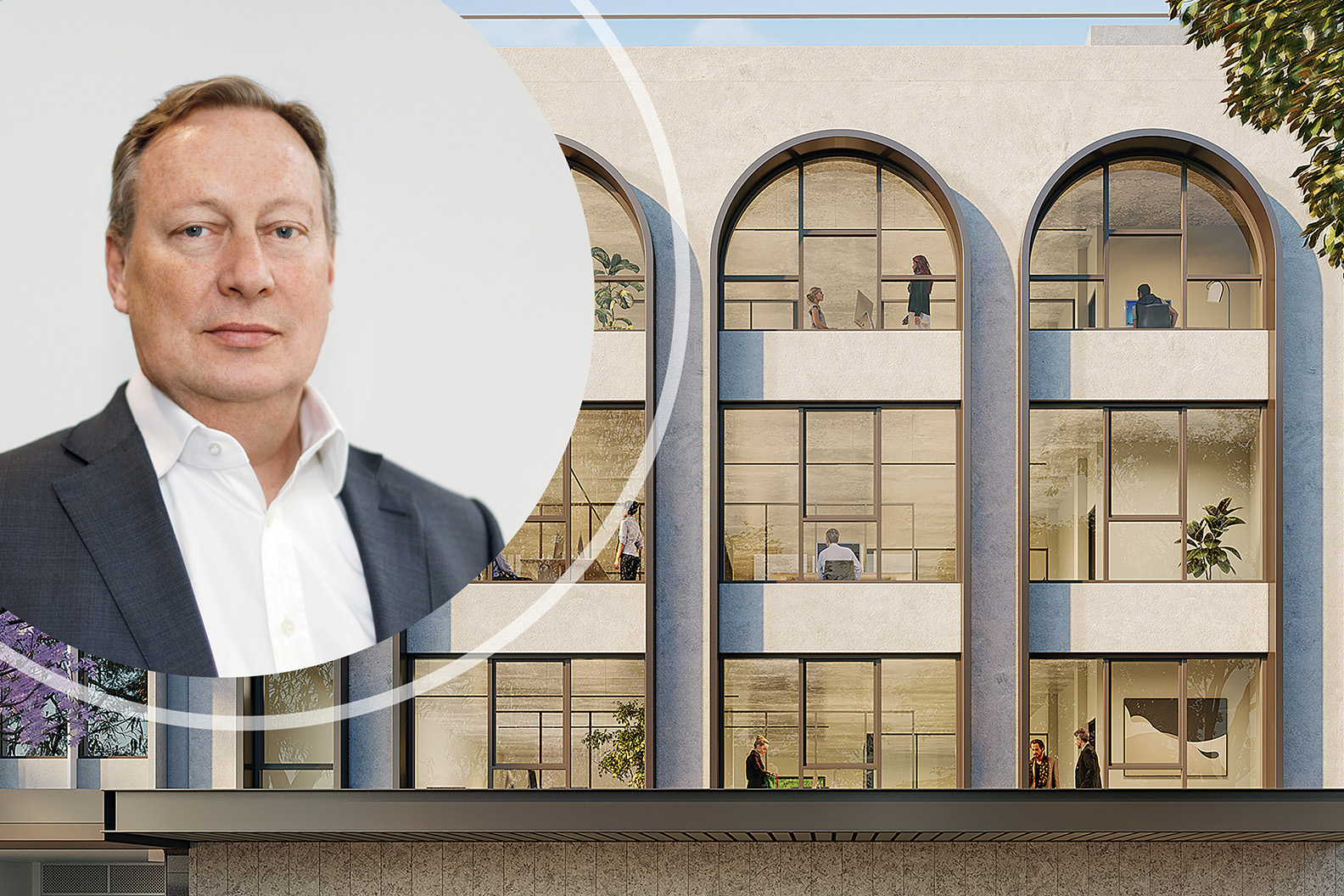 Take three people with different skill sets but a common ambition, add five years of endeavour and the sum of those parts is property investment company Pallas Capital and its development arm Fortis.

Executive Chairman of both companies, Patrick Keenan, gathered over three decades of experience in law, investment banking and broking in Australia with Freehill, Hollingdale and Page (now Herbert Smith Freehills) and in London with Dominguez Barry Samuel Montagu and Prebon Yamane Group, before heading back to Australia in 2005 to be involved in property developments.

In 2016, he partnered with Dan Gallen and Charles Mellick to form Pallas Group, which includes Fortis. “I brought two things to the businesses,” he says. “One was experience in structuring and closing transactions, particularly unusual transactions, and the other was strategic input into how we could take our skill set and turn that into a growing business.”

If Fortis had an early challenge, it was the constraint of having to use its own capital. But it was a case of the right place at the right time, and with the help of long-time colleague Mark Spring, the group quickly established networks of investors.

What they’ve learned over the past five years, Patrick says, is that if it was a good enough deal, they could always find the money needed to fund a transaction. So the business has grown quickly. Their limitation now, he adds, is finding enough time to run down opportunities and ideas for developing the business.

Fortis is undergoing projects in Melbourne, including commercial projects in Clifton Hill, South Melbourne and Richmond. The company also has residential projects in Toorak, South Yarra and Brighton, and completed developments in Glen Iris and Malvern.

Pallas Capital has rebounded from the COVID-19 pandemic after a brief hiatus in early 2020. The company originated A$200 million of transactions during 2019, but garnered the same figure in just the last three months of 2020, so it has in effect quadrupled its rate of generating funds. “We’re back on track, if not more so,” Patrick declares.

“In December last year, we issued a bond in a warehouse structure that makes first mortgage loans. We understand that we were the first to launch a bond like that with an initial A$30 million. In late March, the total investment was increased to A$55 million. We’ve been approached now by a number of brokers, who have a strong investor interest in the bond. It looks as though it will be a substantially higher pool of funds within the next few months.”

As well as several projects underway in Melbourne, Fortis has five residential and commercial projects under construction in Sydney’s upmarket Double Bay and Edgecliff, which is undergoing a revitalisation, due in no small part to Fortis’ vision for the area.

It’s not that we haven’t faced problems – but somewhere in the room, we have the person with the skills to solve each problem as we go on.

When completed, one of those, Pallas House, will boast the latest culinary venture by celebrated restaurateur Neil Perry, who looked at the restaurant plans, and “got quite excited about it”, Patrick says.

“We’re trying to take Double Bay back to its glory days.” Fortis has used Lords Group for construction of several of its Sydney projects, and a genuine synergy has developed between the two companies.

“If you can find a builder who has the same ideas about quality and on-time delivery that you have as a developer, then you hang onto them,” Patrick points out.

“We met the Founder and Director of Lords Group, Jad Maroun, who’s a quality guy. He takes building very seriously, and has the same ideas about delivering quality that we have. We have the same relationship with a company called Cobild in Melbourne and, in both cases, they deliver high quality products on time. And the interesting thing is, I don’t think we’ve ever had a serious argument with either of them. That’s the way we like to operate.” 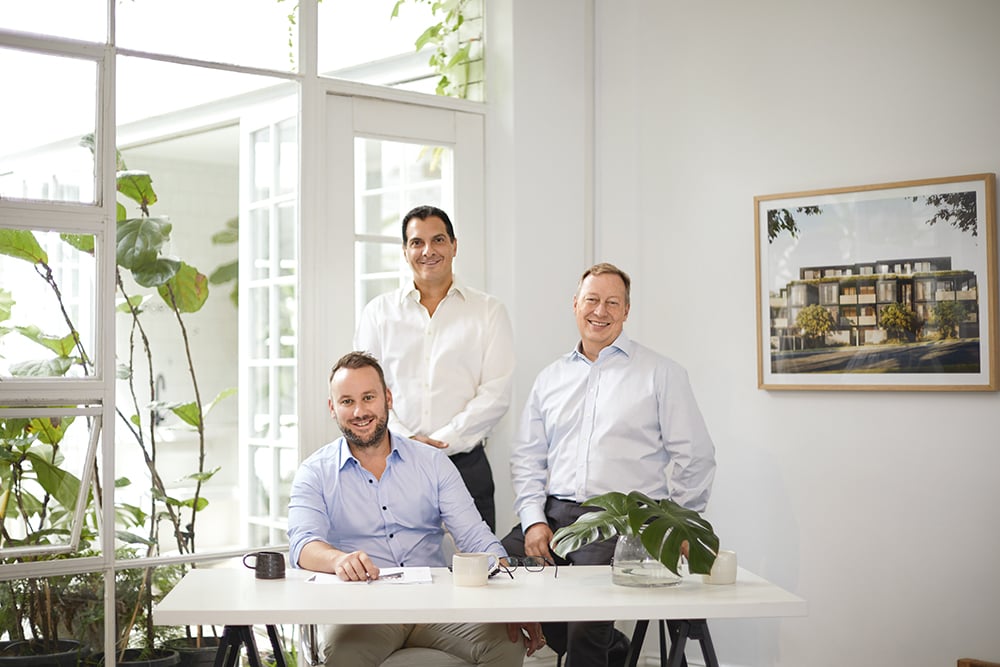 Pallas Group’s team of 55 is a tightknit group that shares a common purpose, Patrick says. “That’s great for us as employers, because we never have to chase people. We’ve got a very good record of getting our development approvals in short periods of time, because the people here do a great job. Our staff have a good time, and there’s a real collegiate spirit.

“Our business depends a lot on collaboration – on people sitting down together and trying to solve problems. It’s not that we haven’t faced problems – but somewhere in the room, we have the person with the skills to solve each problem as we go on.”

Plans for expansion are in the wind, but Patrick explains that Fortis is presently seeing so many interesting potential sites that there’s no great pressure to look further afield.

It’s the team’s ability to meld possible sites, an appropriate vision for its potential and the right people to see it through that brings Fortis’s projects to life. “I think I have a good strategic vision,” he acknowledges.

“I can look at a project or a series of projects and analyse what made those projects successful. I see what the potential of the business is and then work with Charles and Dan and the others to attract the talent, the resources and the investor support we need to deliver that program.”

Using that vision brings more than business success though, he also admits. There’s much more to his appetite for the business than that. “I saw a good quote the other day – ‘You have to make sure that you’re always having more fun making your money than you are spending your money,’” Patrick says.

“That really appealed to me. As much fun as spending money can be, I’ve always found that the work I’ve done has been really interesting and rewarding, and I enjoy coming to work.” Building on that premise will undoubtedly bring even greater success for Fortis. 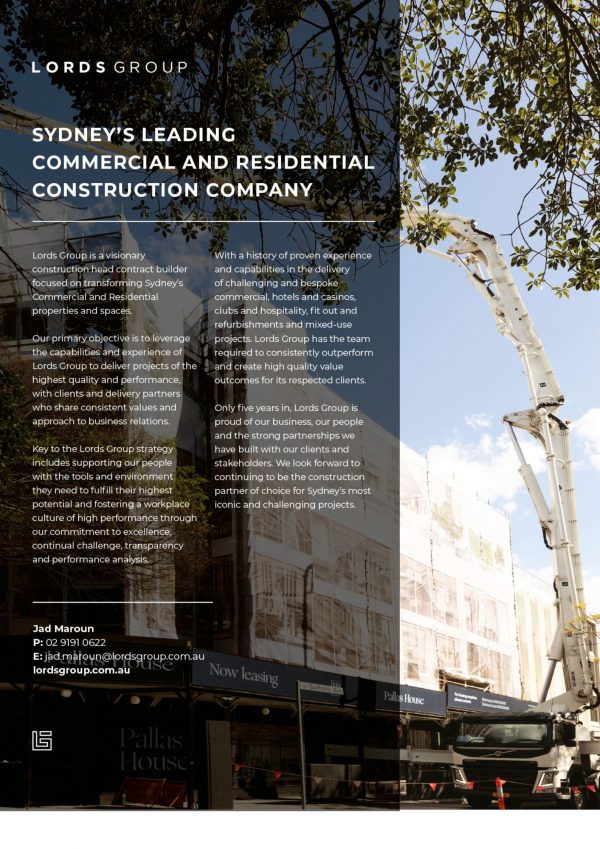