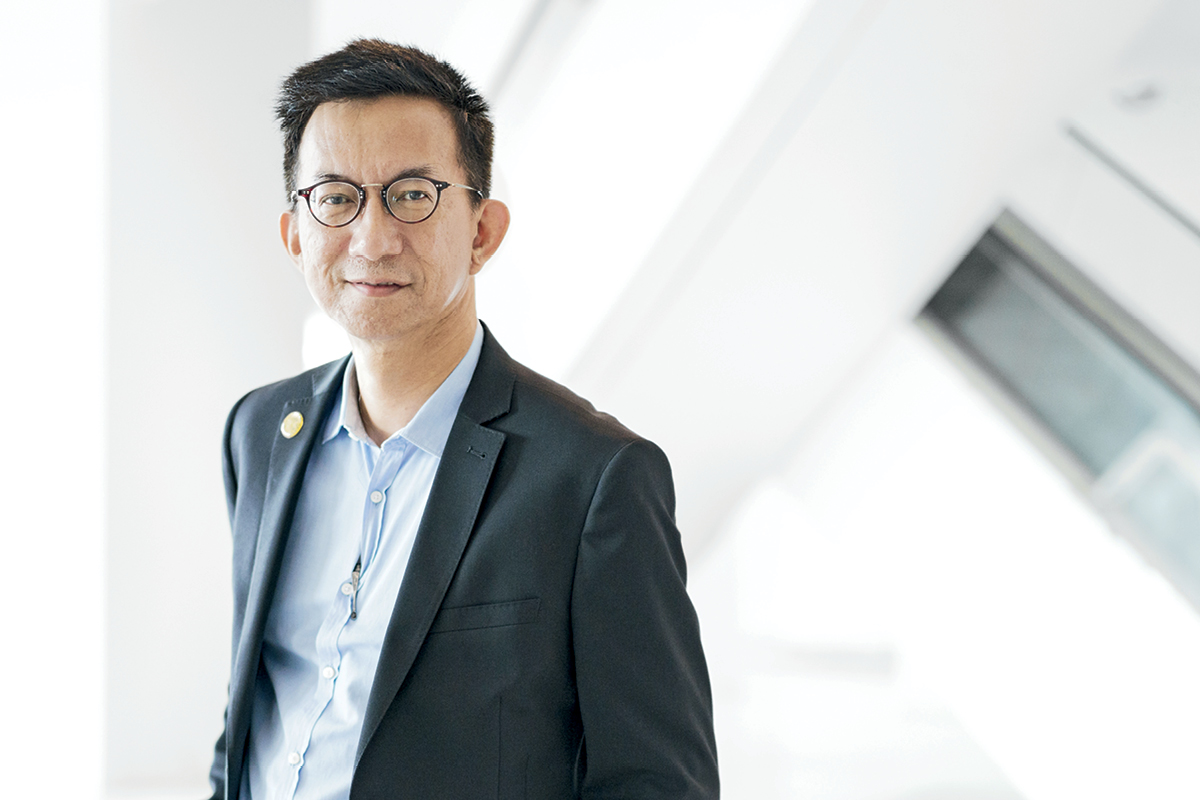 In late 2016, 7.4% of job seekers in the US started their own businesses. When compared with 4.8% a year prior, it’s indicative of a growing number of entrepreneurs across the world striking out on their own. With this in mind, it’s more important than ever to look at the motivation behind starting a business, and Capital City Property Executive Director and CEO Siow Chien Fu is qualified to offer words of wisdom on the subject.

Chien Fu is often asked for advice by aspiring entrepreneurs. “I ask them, ‘Why do you want to do it? Why start this business?’ If it’s just because they want to try something new, that’s not good enough.”

As the founder not only of developer Capital City Property, but also of architectural firm RDC Arkitek, Chien Fu has a great deal of experience in building and managing a company. RDC Arkitek, in particular, demonstrates his aptitude for the property business, as it won a spot as a Top 10 Market Leader in Architecture from BCI Asia, for seven non-consecutive years.

So what is the right kind of motivation to start one’s own business? “You must have a good reason,” Chien Fu says. “First, you must enjoy what you’re doing and believe in it. Believe that whatever you do, that’s the future. If you’re doing it just because you want to try it out, don’t. You have to believe that the products you are putting out have a future.

“Along the way, you must also understand your purpose. Are you doing it to make a lot of money? You won’t be able to get everyone to buy your product. It’s more important that you believe in your product, believe in what you’re doing. You must have passion. If you don’t have passion, then you won’t be successful.”

Having trained as an architect and worked in the field since 1986, Chien Fu is a prime example of practising what one preaches; he’s extremely passionate about the industry he’s spent more than three decades in. Given the kind of projects Capital City Property is involved in, it’s not surprising that Chien Fu is committed to the business.

Perhaps the most ambitious project, both in scale and concept, is Capital City, a massive complex that encompasses all entertainment factors in the one facility, including a thematic shopping mall, the largest indoor theme park in South-East Asia (MCM Studio), two international hotels, the first indoor musical circus in the region by the London Musical Circus, and condominiums. The complex itself represents a unique experience, by incorporating cultures from across the world, with each of the continents represented on a separate floor. MCM Planet Hotel represents a similar level of luxury, providing accommodation for the discerning traveller. Many of the suites are, again, representative of diverse cultures, though all uniformly glamorous. MCM Planet Hotel also offers impressive function rooms, as well as a gym and infinity pools on the 30th and 31st floors.

These projects characterise Chien Fu’s vision for Capital City Property. “As the CEO of the company, personal dedication, passion and commitment to projects are of utmost importance,” he says. “The most important policy for driving the company is having a vision for the company in the future. But at the same time, on the ground, one must commit oneself and have the passion to carry out what one wants to do.”

In May, Malaysia saw a general election that promised to transform the South-East Asian nation. In a series of firsts, the ruling party suffered its first defeat since independence in 1957 and the new Prime Minister Mahathir Mohamad became the oldest head of state in the world. This new Malaysia, Chien Fu expects, will likely bring a lot of changes, not least to the property sector.

“I think there’s going to be a lot of foreign investment in this country,” he says. “With that, we’ll increase productivity and encourage people into office jobs. That will be followed by the development of residential policy, housing and so on, to help keep the population growing. It will take a while for the new government to get investors into the country.”

At the same time, opportunities may open up for Malaysian companies to move beyond the country’s shores. While Capital City Property does have a presence in countries such as Singapore, Indonesia and Thailand, it has not yet pursued any development opportunities elsewhere. When the company does eventually pursue these options, Chien Fu says, it will be helped along by commonalities between Malaysia and its neighbours. For now, Capital City Property is content to bide its time. 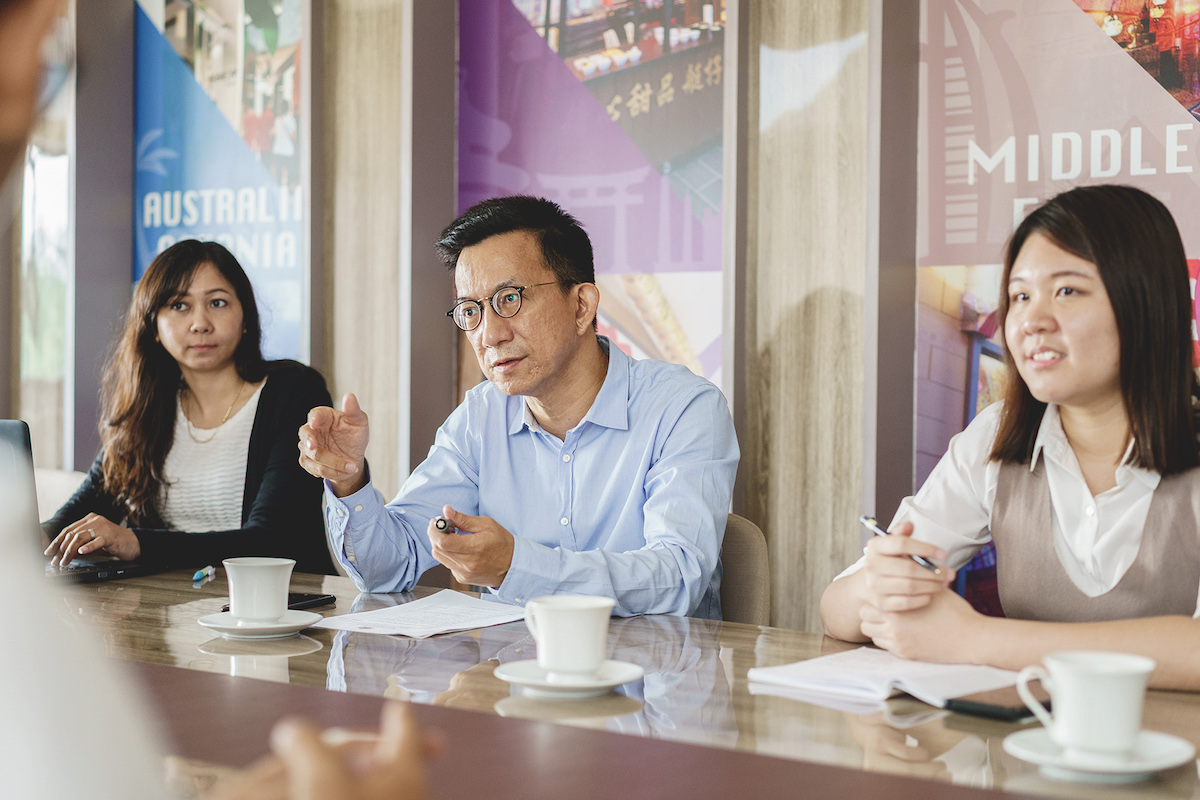 “We started in Johor, the second-largest city in Malaysia,” Chien Fu says. “Before we do any regional expansion, there are plenty of opportunities in Malaysia, particularly in Kuala Lumpur. Also, I believe that we have to have a firm footing in what we are doing now, that is, property development, before we expand to other areas.”

“I define success in business like this,” says Chien Fu. “If you can walk out of your office at the end of the day, and feel you’ve done your part to contribute in a professional manner, then that’s success. What you do for society and what you do for your family, comes together to make you successful.” 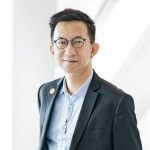