“Nothing Motivates Staff More Than a Joint Cause”: Stacey Jones Stacey Jones, a lawyer by profession, spent most of her career in commercial property law before joining the family business. Her father, Warren Ebert, established Sentinel Group Australia in 2009. 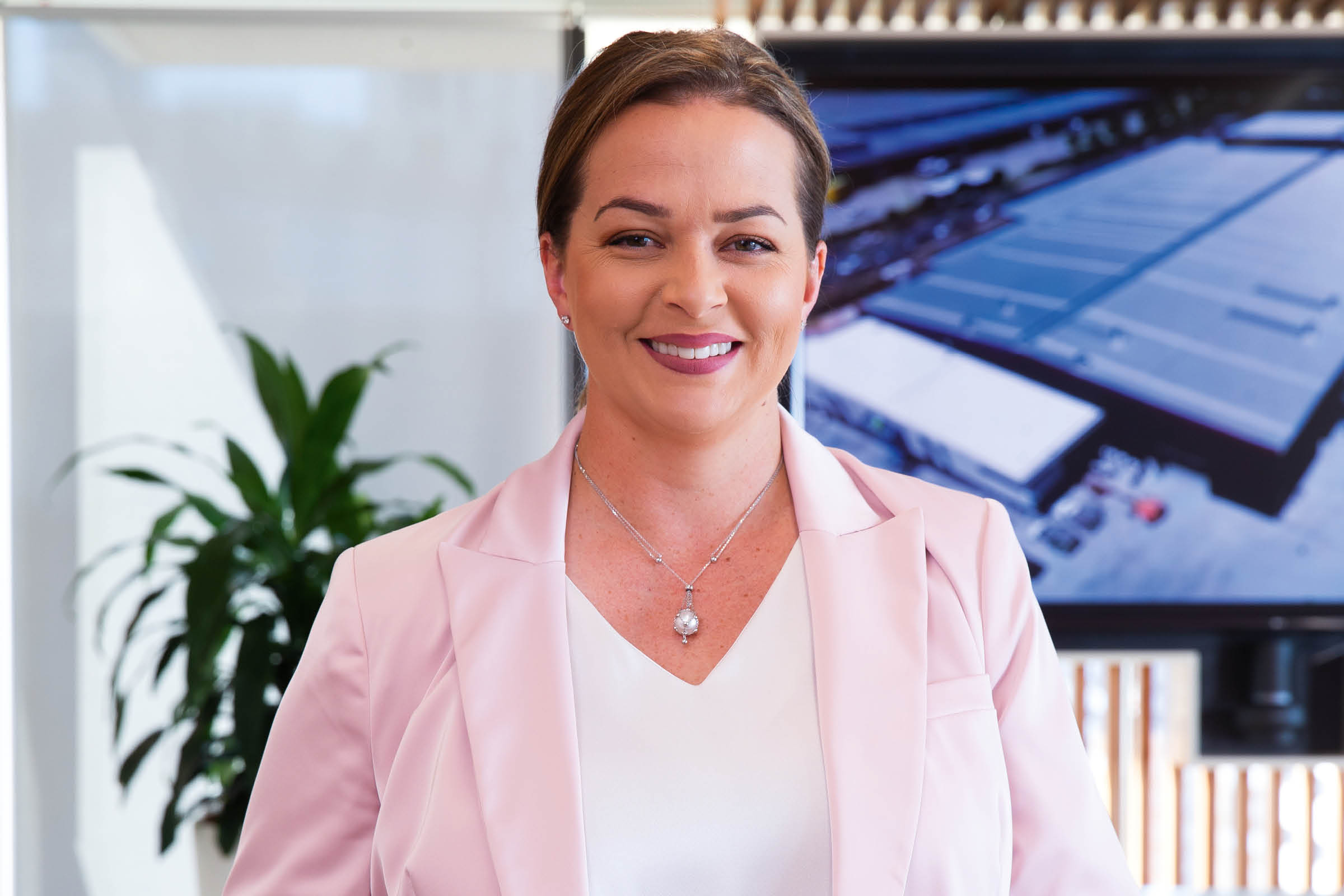 “I have never been a Paris Hilton type,” she says “I have never been one to take the family credit card and go on a spending spree; I like to do the work. My father had been asking me to join the family business for a while, but I was of the view that he didn’t have enough work to keep me busy.”

In 2012, when Sentinel gained a big enough portfolio where Stacey felt she could keep busy, she joined the company, starting as General Counsel as part of a small team of seven. As the team grew over time, she gradually started to take on more corporate matters, leading her to the COO position in 2016.

“I took on the COO role but still had oversight over the General Counsel role, and then last year stepped into the CEO position as a decision with my father Warren, recognising my contribution to the business and also planning for his retirement.”

Sentinel is the management group that runs the day-to-day business with the properties being owned by individual trusts in which people invest. Stacey’s interests are perfectly aligned being a large investor in those trusts herself.

As a smaller yet successful property business with a current portfolio valued at about A$1.2 billion, Warren and Stacey know all the 100-strong team, the properties and every issue that comes up. In contrast, management at other larger property trust institutions can’t be as in touch with their assets and people.

“We’re still at a point where we can be intimately involved,” she says. “As soon as issues arise, whether it be a staffing issue or a property issue, we’re aware of it, we’re across it and we’re dealing with it. We are as active as we possibly can be.”

Sentinel has experienced a lift in workload over the past year, with about 550 tenants on the books. Various shutdowns due to COVID-19 and the decrease in tourism impacted the company’s tenants, property management division and leasing department, but the work never stopped.

“They just had so much work to do to deal with leasing, the government-imposed rent concessions and stores closing,” Stacey recalls. “We were swamped and fortunate to only lose three tenants.”

Although the business has been around for almost 12 years, the growth it experienced was rapid. There was a long period where the team felt like it was playing catch-up.

We’re still at a point where we can be intimately involved.

“We paid attention to everything that we were doing along the way, but we’ve always worked hard to make sure that we’re on top of the day to day, which has made planning a bit more difficult,” Stacey reflects. In the company’s recent ‘Leading Teams’ session, Stacey termed 2021 as the ‘Year of No Excuses’.

“Whatever your excuse may be, sit down now and work it out. What do you need to make sure your team is operating as efficiently as possible? Bring it to me and we’ll get it done. Let’s make this the year we get in front of everything, that we’re as proactive as we possibly can be.” Stacey is honest with her team.

“I like to make sure that staff know where they stand on any given point,” she states. “I think if staff don’t see you as a real person with real pressures, they discount your opinions on things and they’re not as willing to follow you. If you’re honest, relatable and build relationships with your staff, you receive a commitment and a team that goes above and beyond because they’re on board with the cause. Nothing motivates staff more than a joint cause.” 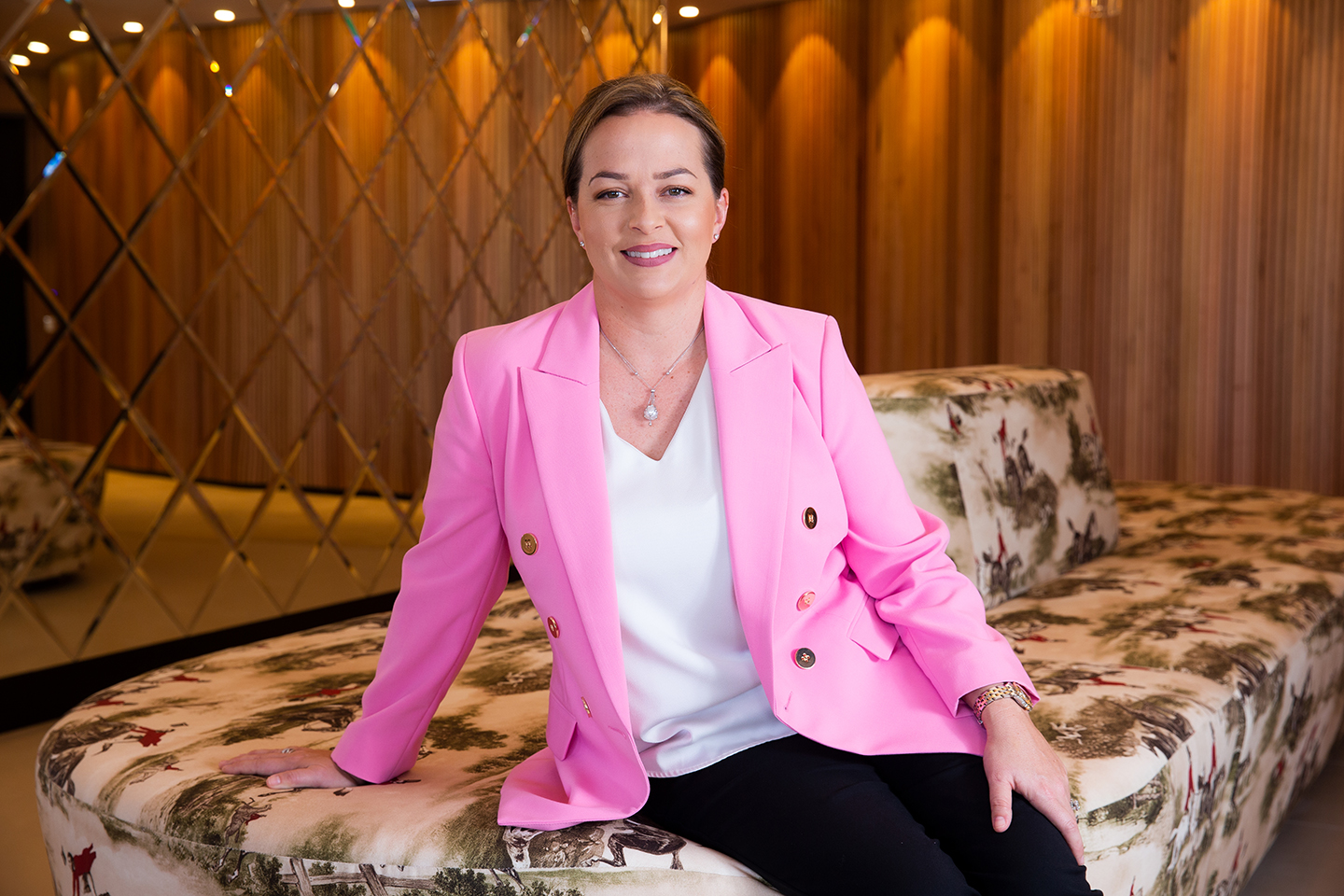 Stacey particularly understands the family pressures her staff have. “I find women, particularly mothers, are so diligent with their time,” she says.

“While businesses might look at it as though they have these additional requirements to serve a family, well, they shouldn’t, because family responsibilities should be spread equally. It shouldn’t always just be assumed that it’s the female who takes on that role.

“Men are certainly taking more time for family matters, which is great for the workforce as a whole because that then means that their partner isn’t having to be the one who’s taking all the time from their job. And we absolutely understand that family has to come first; they’re the most important part of their lives.”

The company’s positive, supportive culture and camaraderie make for an environment where the team can have fun, laugh and put their heads down to get the work done. “Our leadership all have a good tenure now and they’re all on the same page,” Stacey says.

“Our teams like each other and that translates into results. Our fantastic people are one of the large drivers of the business’s success.” Stacey notes how outstanding the returns and benefits the company has given its investors are and what it means for them.

“The average age of our investors is over 63 and many of them lost money in the global financial crisis,” she reveals.

“It’s critical to us that they don’t lose money and we’re very aware that if we get it wrong, it has dire effects on real people’s lives. When we get notes from our investors saying that they’ve invested some money to buy their child’s first car or to help them get a deposit on a house, it makes us extremely proud.” 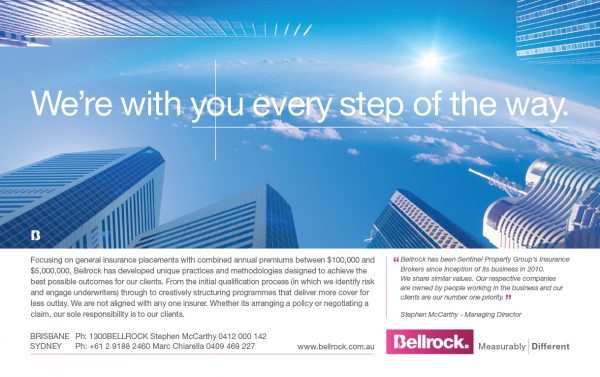