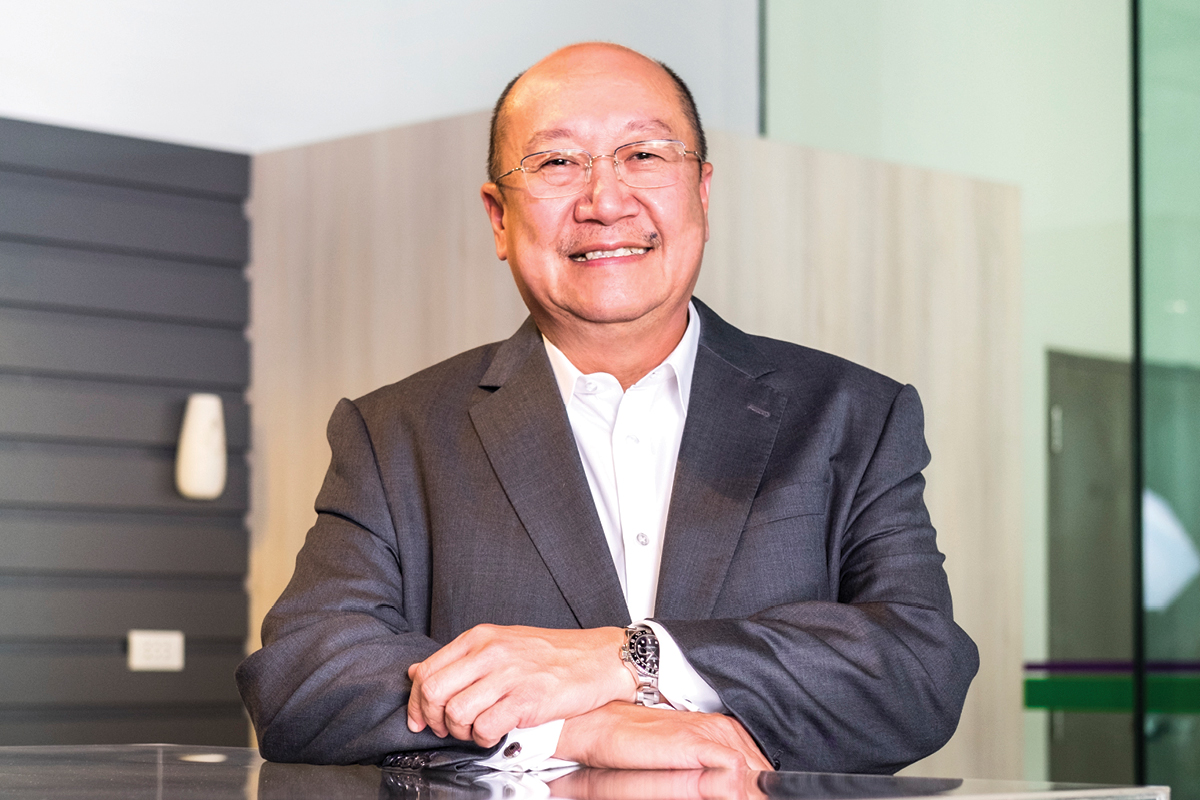 Wilfredo Placino, known as Freddie to his friends and colleagues, the President and Vice Chairman of the Philippines’ new centre for business, culture, entertainment and leisure, Clark Global City, believes that in life there is a reason behind all the peaks and valleys.

“In my first job at Union Bank, there was a financial crisis during Ferdinand Marcos’ time,” he recalls. “All of us juniors were given a credit course to evaluate companies so you can lend to them. I flunked. I had to retake it. Walter Wassmer, who was my credit boss in Union Bank, would call me Sunday afternoons to teach me credit so I could be a good lending officer.”

This lesson prepared Freddie for a bigger job in derivatives in Singapore. It turned out to be a stressful time because the market fell. “That was the worst,” he says. “But the good thing that came out of that is traders are now required to have licences. I strongly believe our failures make us stronger.”

Although his background is in banking, Freddie is now in a completely different industry: property. However, Clark Global City, which covers 177 hectares in Mabalacat, isn’t your typical property development. “Behind every great economy is a great city,” Freddie states. “A city ready to meet the needs of today and the future.” The CEO Magazine speaks to Freddie about this unique business model, his strategies for success and the father figures in his life who helped him become the man he is today.

Situated in the Clark Freeport Zone, Clark Global City not only enjoys the benefits of an ideal regulatory, economic and operating environment, it also has infrastructure that satisfies and exceeds global standards. It is directly adjacent to the Clark International Airport, which has a passenger catchment area of approximately 24 million.

It is currently at a capacity of four million passengers per annum with government investment to expand the capacity to 12 million. It is also located at the interchange of SCTEX and NLEX, two major expressways that connect it to Manila, Subic and the northern regions. 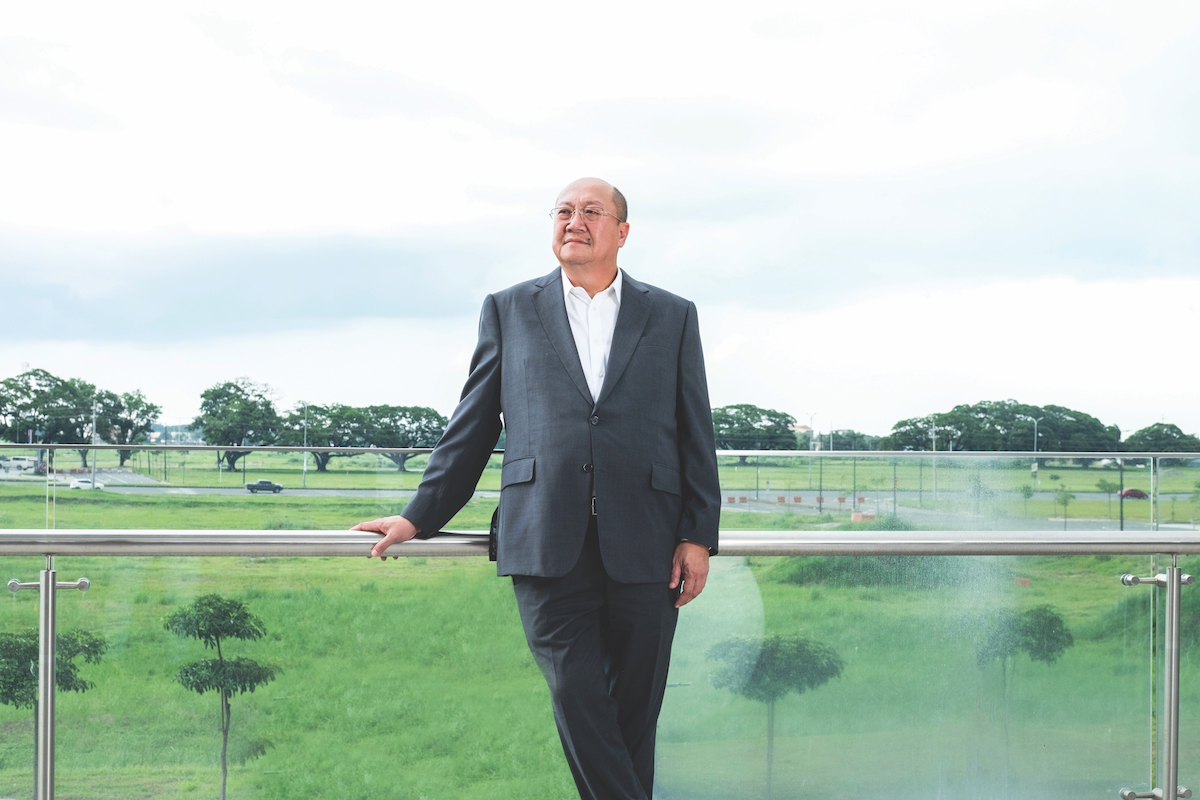 We benchmarked ourselves against Bonifacio Global City. I am a fan of benchmarking. We are a world-class centre. It has a neighbourhood concept; it’s diverse, walkable and connected, and transit-oriented. What else is unique about the Clark Global City business model? Identified as a project of international interest, Clark Global City has been named one of the Top 100 Strategic Infrastructure Projects in Asia-Pacific.

It is among the Top 100 Global Infrastructure Projects of 2012, 2013 and 2014 as designated by CG/LA Infrastructure. The surrounding area boasts of superior infrastructure and more than 400 kilometres of Grade A road network from the US Clark Air Base.

Clark Global City is a fully master-planned Central Business District with more than seven million square metres of planned floor space. It has a 75-year, long-term leasehold interest (effectively freehold) to 177 hectares of land, the only sizeable contiguous parcel of land available in the area. It has the rights to transfer its leasehold interest to prospective foreign investors of property in the Philippines.

What do you love about your job?

It brings out the best in me. I like to mentor; I find joy in mentoring young men and women in my team.

What drives you to do what you do?

To be able to help and be of value, to mentor and to make a difference.

What initiatives or strategies have you put in motion for the development and success of Clark Global City?

When we took over, the product offering was a logistics park. It was a waste as this was such a beautiful, expansive estate. We changed it to mixed-use. We turned the masterplan to what the market will take.

What are your three tips for a successful strategy?

First, you have to be quick to adjust. Second, be creative; think outside of the box, do things out of the ordinary. Third, out of every negative situation, look for the opportunity.

What business principles are most important to you?

She became a teacher. She took on a job in Uno High School. And then she would go to Divisoria to buy ‘tela’ fabric. She would sell these to her siblings’ offices. She would also sell Tupperware. Our house was like a factory of Tupperware. She became one of the top salespeople. Later on, she even sold funeral caskets. 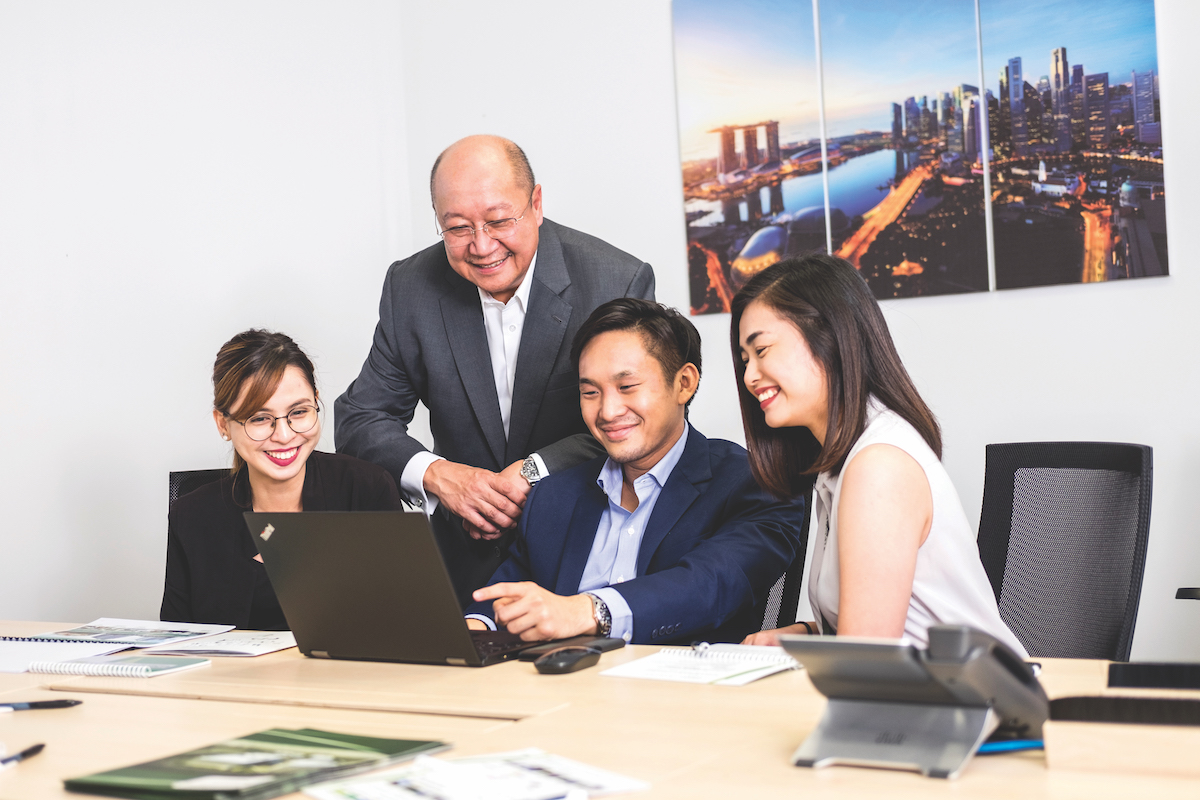 What is the company culture?

What is clear is that we are passionate, and we work fast. We need to be able to pass on the values of UDENNA: to be united, driven, excellent, nurturing, with a need for speed and to be accountable.

Who or what inspires you and why?

I am grateful that even though I didn’t have a dad, God gave me opportunities to have father figures and mentors at various stages of my life. Since my mother worked during weekends, she would let us stay in her siblings’ houses. Uncle Narding de Guzman was a successful banker with Solid Bank. He started as a clerk and became a senior vice president. I saw in him how to be a father, how to be a banker and how to be a good disciplinarian.

Then there was Dr George Ochoa of Unilab, the father of one of my best friends, Jomar. And then Roni’s dad, Atty, Samuel Abellera, who was also a very successful person. He was a clerk in Getty Oil, and eventually became President of Getty Oil.

There was Martin Avancena, who was the President of Rizal Empire Insurance. He had an excellent relationship with his children and his sense of humour was tops. And John Cobunpue, whom I looked up to as a father when I was posted in Cebu. I saw in him how to be a good businessman. And my father-in-law, Dr Benigno Sulit Jr, who excelled in his medical profession. From him, I witnessed firsthand a genuine love for God, country and family.

My children inspire me as they have succeeded in their own chosen fields. Dino is an independent film director, Mara is a pastry chef, Gian is a medical intern at the Philippine General Hospital and Selene is an industrial designer. My team in Udenna Land inspires me. We have evolved to be a well-oiled team. They are family to me.

Our founder and Chairman, Dennis Uy, inspires me too. He is not just a boss, but a dear friend too. His passion is contagious. Finally, the love of our Creator who has given me second chances to rise up from my failure. 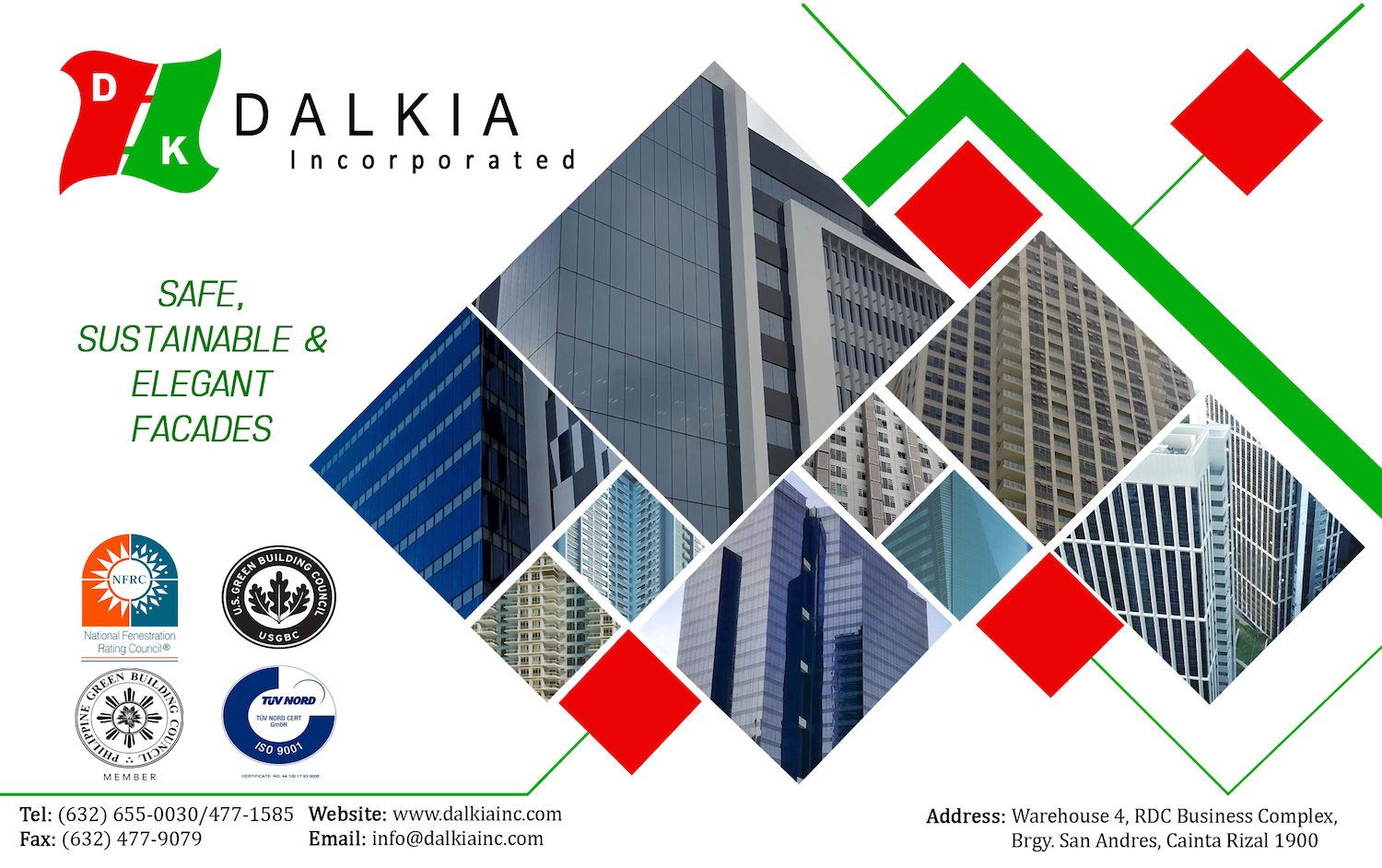 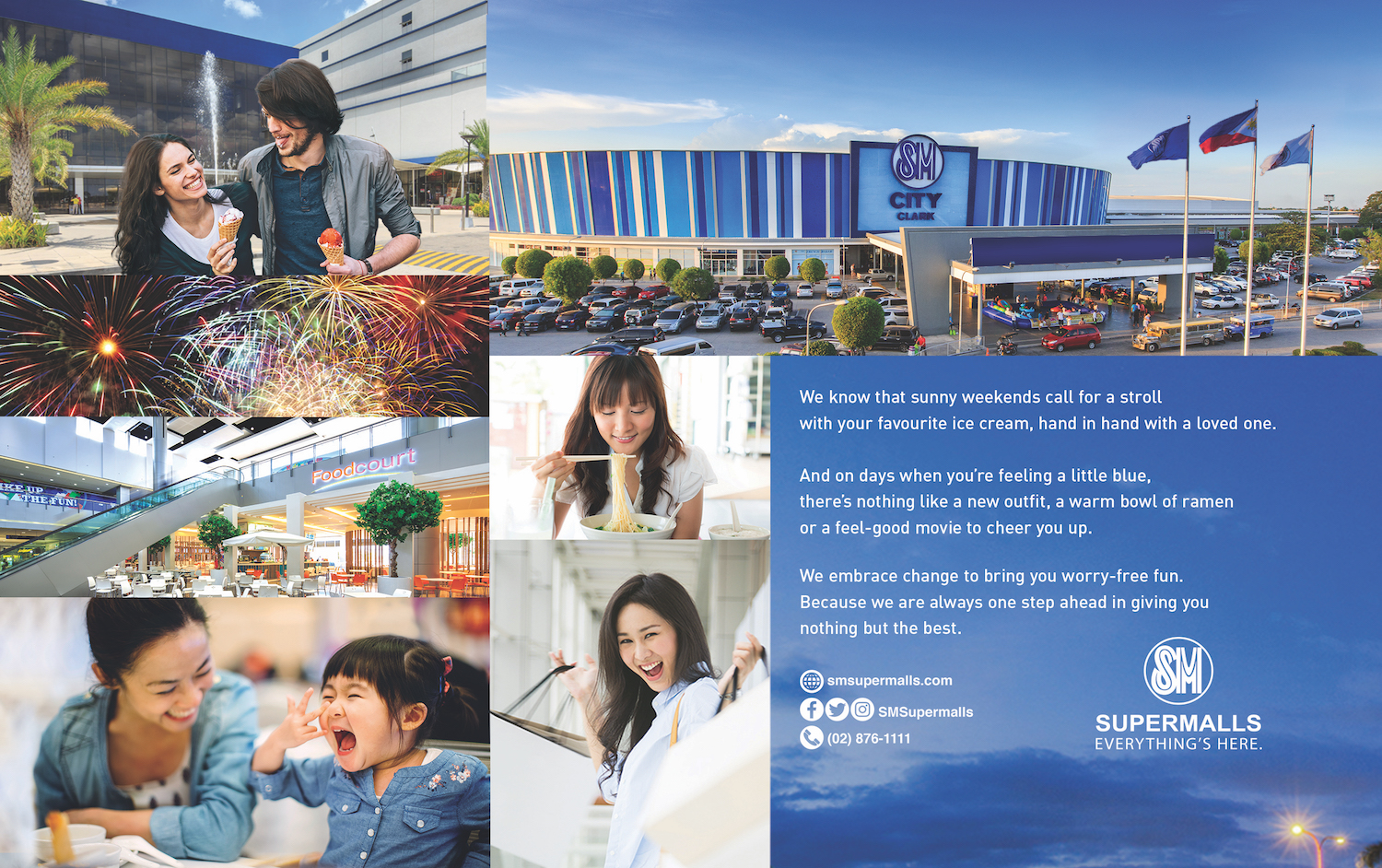 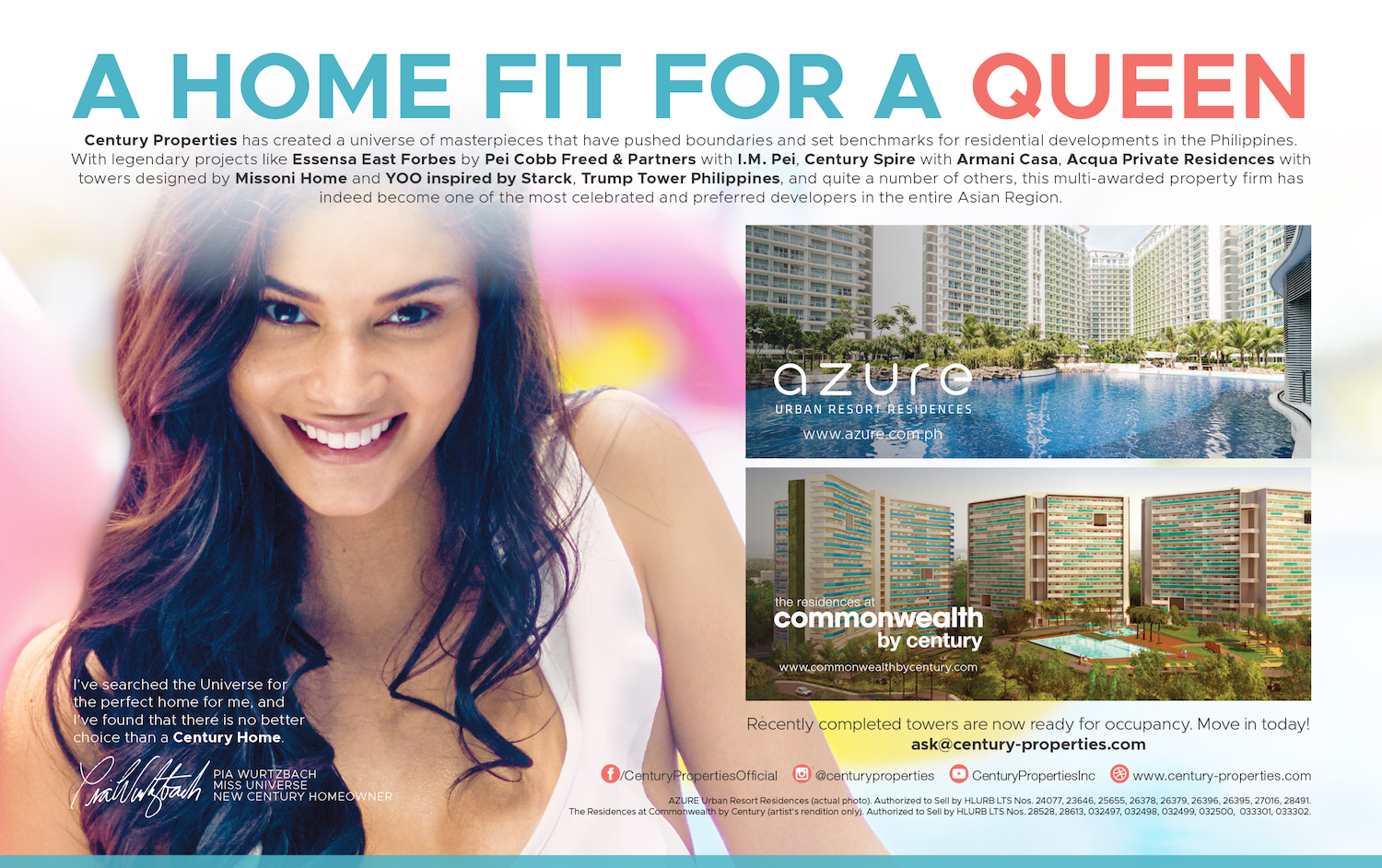 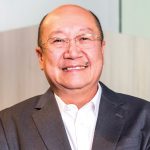