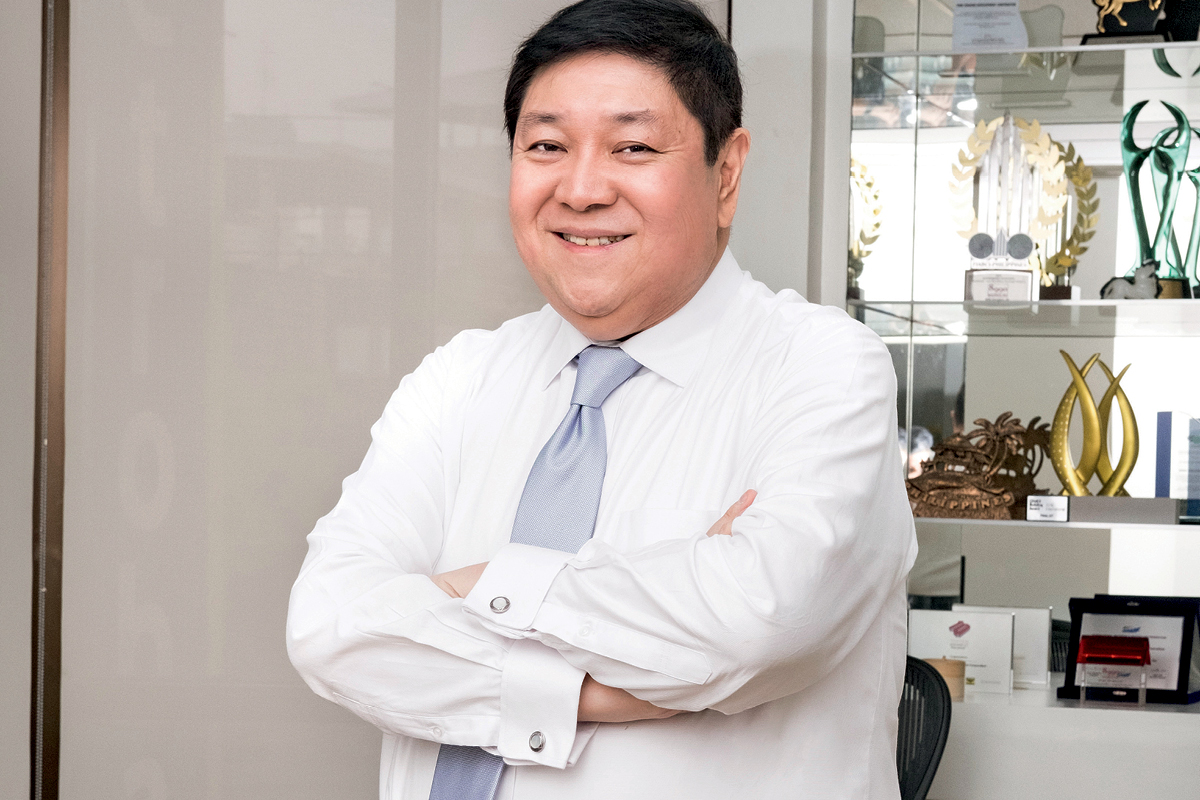 Though he’s only been a part of 8990 Holdings since 2012, Willie J Uy’s ties to the property development firm go back a lot further. “I knew the owners as early as 1997 because we belong to the same industry association,” he says. “We’ve worked together for a long time and put in a lot of effort to improve the industry. So, I knew them well and thought we’d have good chemistry. I’ve always admired them, since I’ve watched 8990 grow from a mom-and-pop company, when it started 15 years ago, to the largest in its industry niche.”

As 8990’s CEO and President since the start of the year, Willie has made a conscious effort to maintain the company’s air of camaraderie. He says this makes the environment much more enjoyable to work in, since he understands his colleagues’ way of thinking, and can therefore easily reach agreement on principles and strategies.

“I don’t have a boss–worker relationship,” says Willie. “I’m just working with friends. I’m able to talk easily about my own ideas, even if they conflict with theirs. Because no-one would take it personally and, eventually, I’ll either convince them, or they’ll end up convincing me.”

While he acknowledges that it can take a lot of effort to maintain, Willie is a strong believer in the value of a healthy internal culture. “The demands of the job are intense,” he says. “You need to meet your targets every year. So it’s very easy for leaders to make the mistake of just focusing on the bottom line. But this will not be sustainable, especially if the leader only looks at the end goals and forgets that there are other stakeholders in the company, such as the employees, whose needs also have to be met.”

“It’s very easy for leaders to make the mistake of just focusing on the bottom line. But this will not be sustainable.”

As an example of 8990’s employee-focused initiatives, the company hosts a two-day Christmas party for employees, including dinner, a raffle and various other events. This in itself is not unique, but Willie highlights the efforts of 8990’s Chairman Emeritus in engaging with all the company’s workers.

“He goes from table to table, trying to spend as much time talking to everyone no matter what their position might be,” says Willie. “They could be an entry-level employee or a grounds person for a project. He talks to them like they’re an old friend. It’s so touching when I see him do that. He toasts with them, and it’s something I’ve never seen before.”

Similarly, the entire company is treated to a group vacation once a year, to build morale and solidarity among the staff. The most recent one was a trip to Bangkok, where the whole team flew in from all over the Philippines, stayed at the same hotel, dined together and unwound over four days. When the team comes home after each such trip, Willie says they’re not only relaxed, but also rejuvenated, connected and eager to return to work.

This emphasis on people not only characterises 8990’s mission, but also provides Willie with much of his own inspiration. “My motivation is to be able to improve people’s lives,” he says. “And when I say people, I mean both our home buyers, who dream of owning their first home, and my teammates, to help them improve their lives and thereby improving their families’ welfare. Our mandate is to make people’s lives better.”

While Willie recognises the importance of social events and holiday time for his employees, he also wants to help his workforce build on their training and education. Willie believes competition for workers, both in the Philippines and overseas, is playing a part. “Everyone’s building at the same time, and we’re competing with overseas projects where Filipinos are in great demand,” he says. “At our end, we are trying to find solutions that would use fewer people and rely on machines more.”

However, technology is not his only solution. “We believe that a more long-term solution would be to address this problem by helping grow the pool of skilled workers and investing in manpower,” he says. So actively training and improving 8990’s staff will be a major focus. “We hire people from all over the country, and sometimes their education is not on par with those from the better schools,” says Willie. “We’re hoping to come up with a program where we can train our own people and keep them longer. Hopefully, we can improve their level of education by creating programs for them to train in.”

“We’re hoping to come up with a program where we can train our own people and keep them longer.” 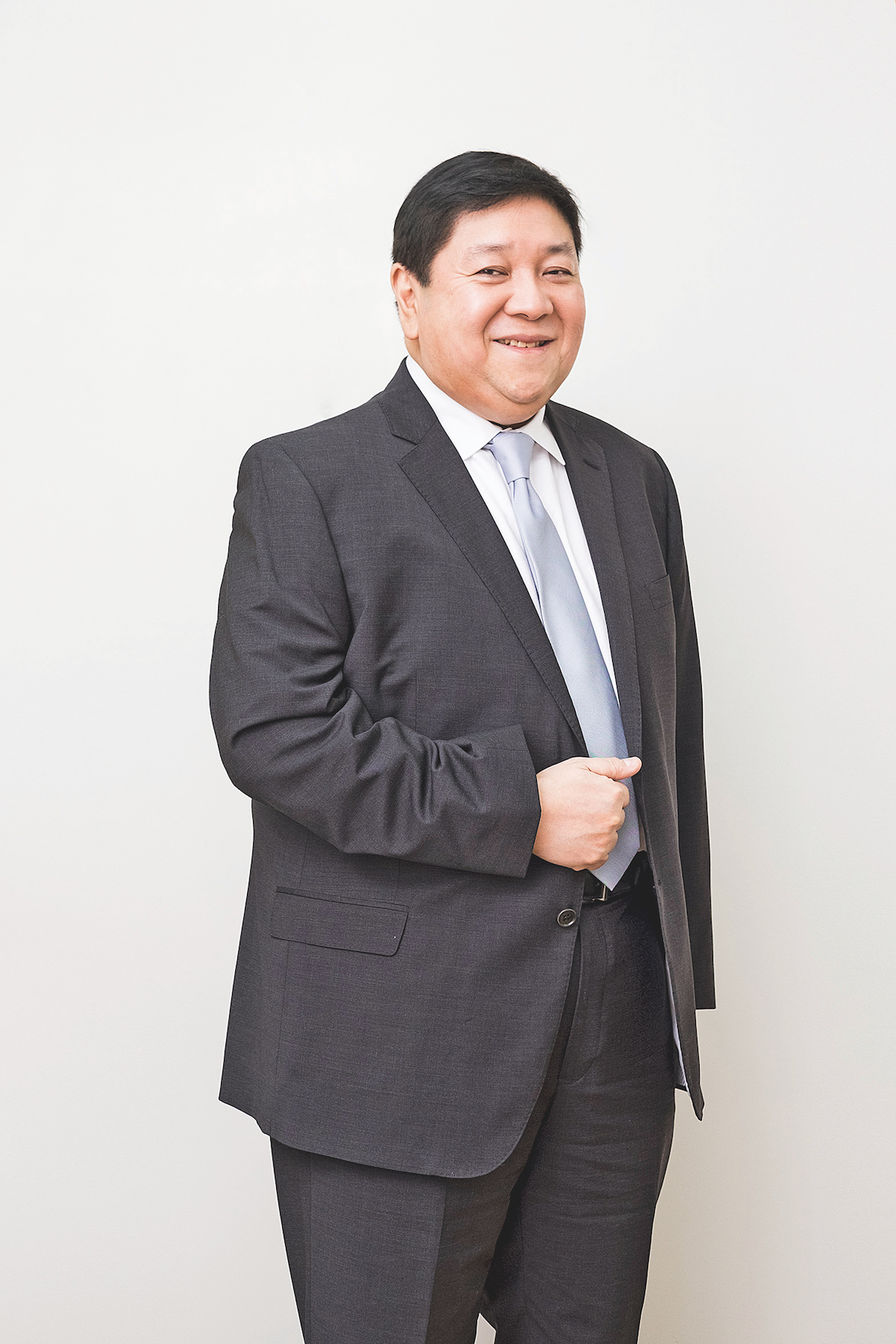 Willie is also ensuring that the company improves its operational side, by innovating its building processes. Thus the company is implementing a new system of building to emphasise efficient, better-quality walls with guaranteed plumbing systems. This includes a degree of automation, removing many of the human factors from the building process.

This new system is only one aspect of the company’s plans to pursue internal improvement. The management team regularly holds meetings to ensure 8990 Holdings is at the cutting edge of the Filipino construction industry.

“We’re always making sure that something positive comes out of our discussions,” says Willie. “This could be in terms of technology, our operating system, manpower or managerial choices. We’re trying to make sure that this company will last for generations. We’re trying to build our best.” 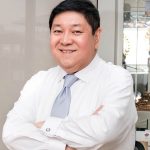