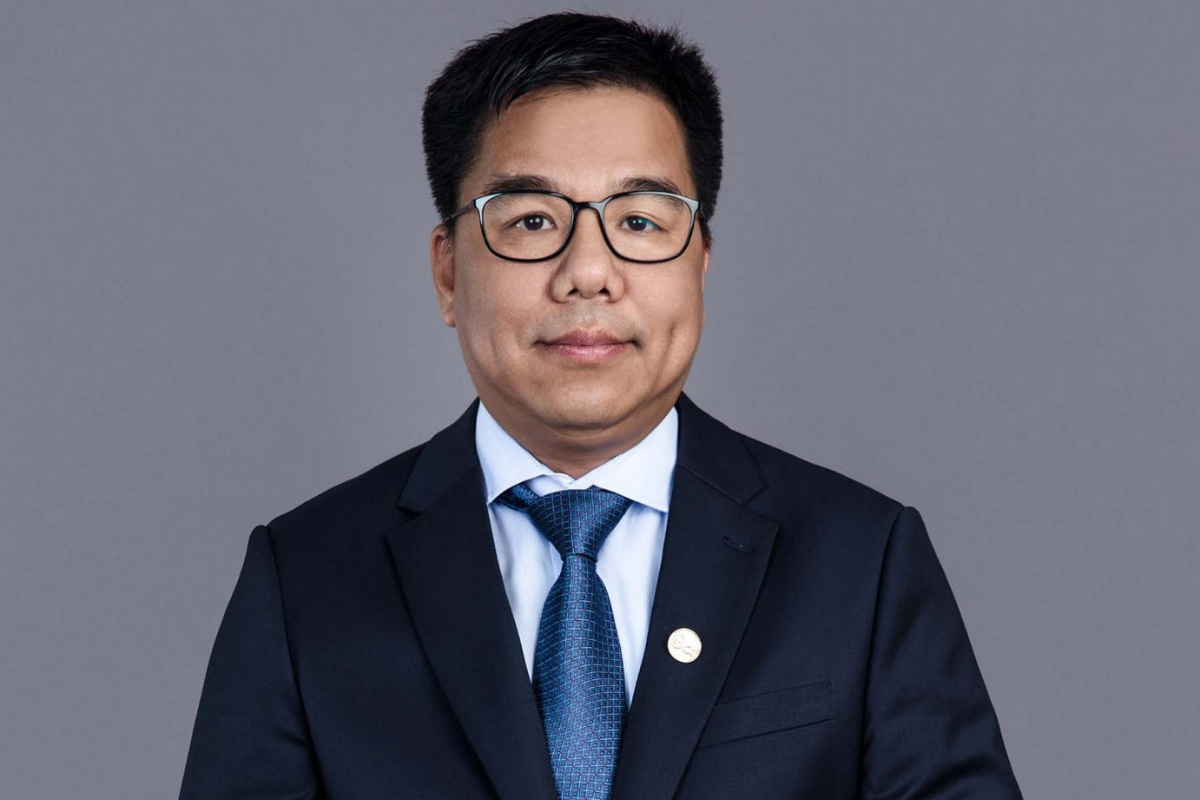 Companies that span multiple industries have a certain responsibility to make sure those industries are the right ones. What constitutes ‘right’ is, of course, open ended, but the best choices usually revolve – to some extent – around the community in which those companies are based.

Such was the case for Bamboo Capital Group (BCG), which was established in 2011 with a relatively narrow focus: investment banking services and IT solutions. By the time it went public four years later, it had spread its wings significantly with more than 15 subsidiaries and affiliates conducting business across a variety of industries.

This exposure to realms beyond its initial remit gave it the experience and confidence to restructure and refocus in the areas in which it could excel, including the establishment of subsidiary BCG Energy. In 2019, BCG zeroed in on four distinct operating segments for its consolidated investment portfolios: agriculture and manufacturing, construction and trading, infrastructure and real estate, and renewable energy.

The latter was of particular import, particularly in the company’s native Vietnam, where in 2017, the government had instituted a feed-in tariff to encourage private investment both locally and internationally. According to Tuan Pham, who started as BCG’s COO in August 2017 and took on the additional role of BCG Energy’s CEO in 2018, investing in renewable energy was an easy decision to make. “At that time there was a race to get that feed-in tariff,” he recalls. 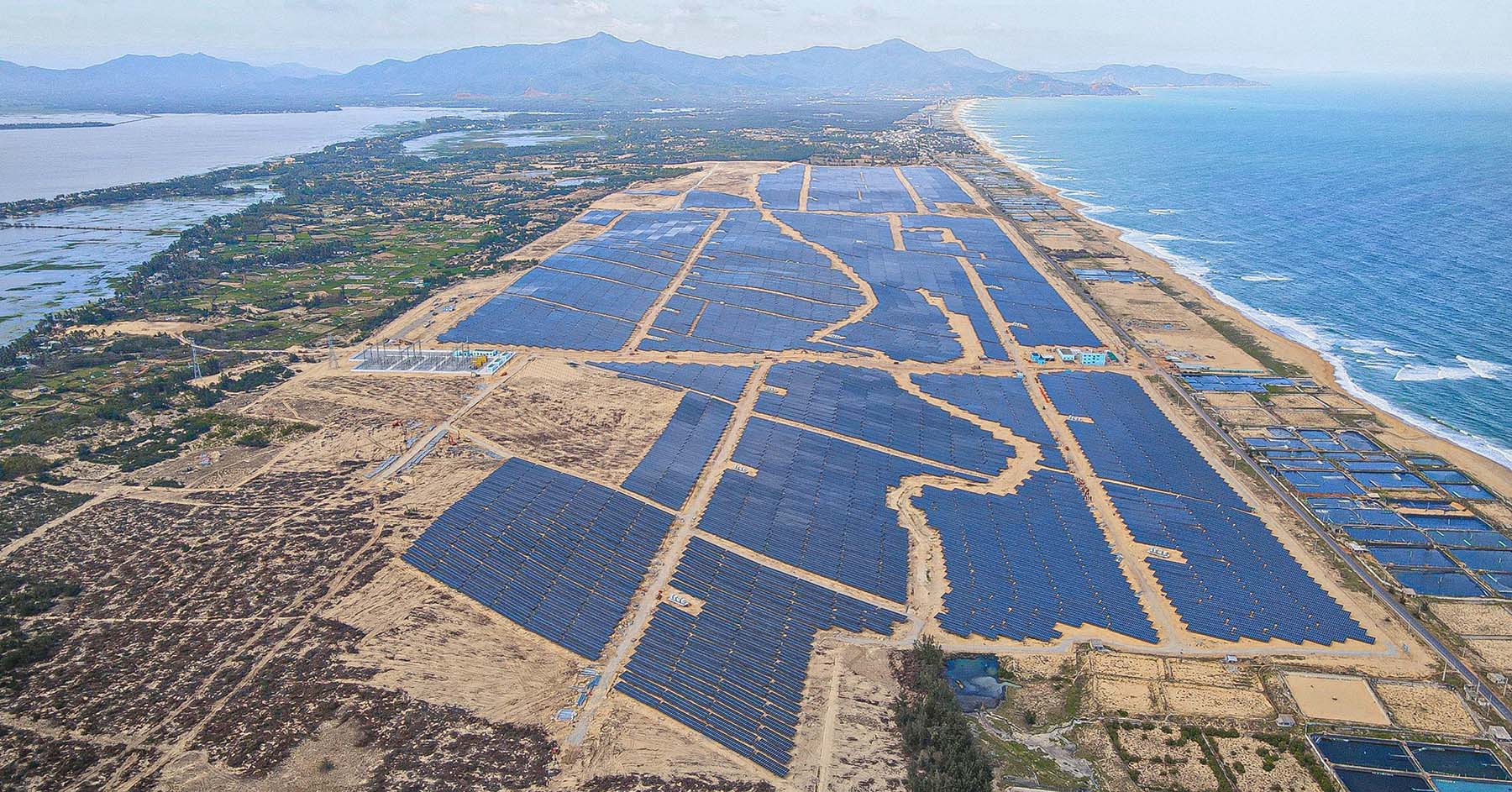 “A lot of foreign investors were coming to Vietnam looking to acquire licences and approval to start their own projects.” But because renewable energy was a new concept in Vietnam, local investors found themselves unable to get a foothold in the emerging market; at the peak of the first round, foreign investors accounted for up to 80 per cent of the sector.

And then came COVID-19. Borders closed, lockdowns were imposed and foreign investors found themselves on the outside. “We saw an opportunity to mobilise local funding,” Tuan says. “Our strategy was to acquire licence and approval, then use local funding at a higher rate to build the assets. Once assets are generating cash flow, we plan to refinance at a lower rate, which normally isn’t the way local investors would do it.” At the same time, BCG Energy made sure its platform was built to equally accommodate foreign investors from a fundraising perspective. “That was a huge success.”

Not long after Tuan’s appointment as CEO, BCG Energy finished its first solar farm, a 40.6-megawatt project in Vietnam’s Long An province. “Within a year, our total capex investment was close to US$450 million,” he shares. By 2020, BCG Energy had a second solar farm up and running and had acquired licences and approvals to build a further two solar projects. It had also started construction on three wind projects. “In just two short years, we’ve gone from a company with no projects at all to one with roughly US$500 million in assets.”

That growth hasn’t slowed. The BCG Energy team has expanded from 10 people in 2017 to a full-scale operations and maintenance team of more than 200 today. “We maintain and operate four different solar farms across Vietnam, and we have about 50 megawatts of rooftop solar as well,” Tuan reveals. “Now, our aim is to grow the platform further.” 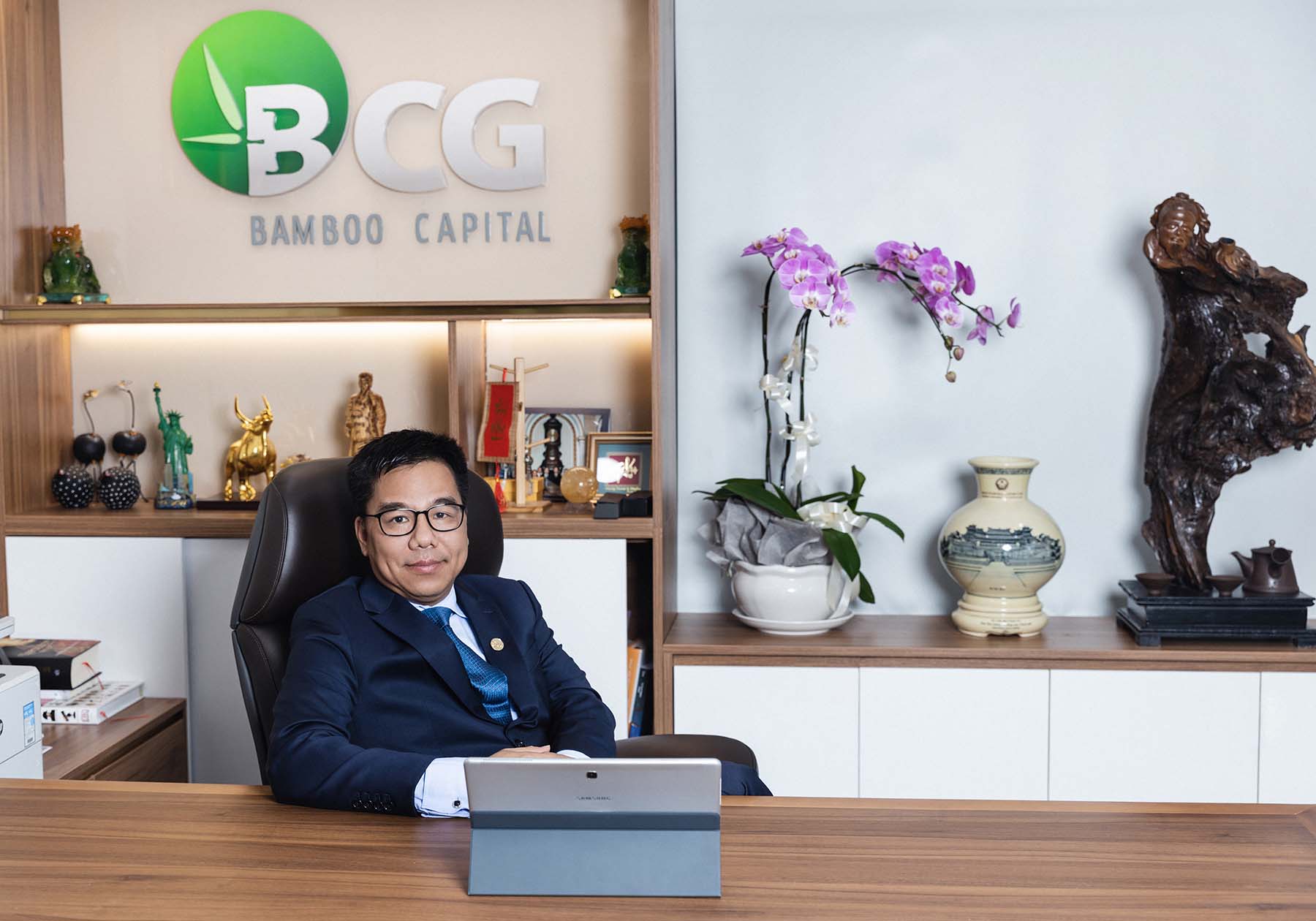 And as the vaccine drive helps distance global business from the worst of the pandemic, the platform it has spent its time in isolation preparing is undergoing its first test. In August 2021, Singapore’s SG Group partnered with BCG Energy to enter the Vietnam renewable energy market. The joint venture has a target of 500 megawatts of rooftop power by 2025 – a major boost to the country’s carbon-neutral goals. “We’re easing the pressure on Vietnam’s grid,” Tuan says. “And there are also benefits for whoever’s beneath those roofs too.”

We’re one of the few with a majority of the team fluent in English. So we can communicate with investors directly without the need of a broker.

The distance afforded BCG Energy by the pandemic has also allowed the company time to differentiate itself from other local developers. “We’re one of the few with a majority of the team fluent in English,” Tuan points out. “So we can communicate with investors directly without the need of a broker.”

This is most useful, he says, when it comes to educating potential partners on the unique properties of the Vietnamese market. “It’s one of the fastest-growing countries in the renewable energy sector,” he explains. “The current tariff for wind projects means three gigawatts of energy to come in the next two years. Compare that to only 100 megawatts in the past seven or eight years, and you start to get a sense of the speed of that growth.”

However, that early success has led to strain on Vietnam’s electricity infrastructure network. “The generation of power has definitely outpaced the production of that infrastructure,” Tuan admits. “So if Vietnam is to have a significant energy strategy into the future, the government will not only need to continue to incentivise the private sector but manage the grid as well.” 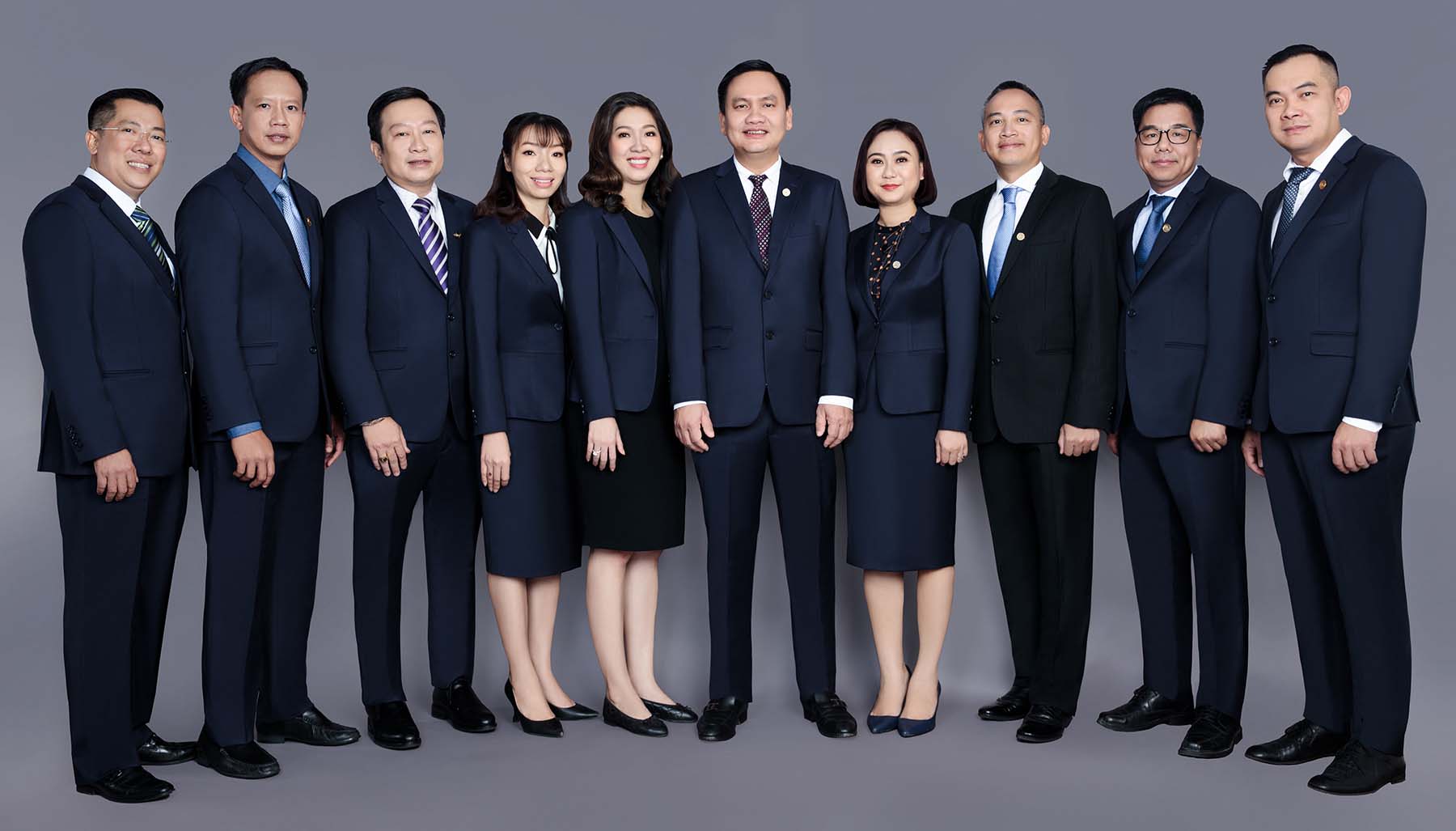 Reliance on the government is just another form of partnership, an area in which BCG Energy is very experienced. “At the core of any relationship must be an attitude of win–win cooperation, respect and the ability to help each other in difficult times,” Tuan asserts. “How you maintain the relationship and deal with people day to day makes all the difference.”

Power China, an engineering, procurement and construction contractor, is one of its strongest allies; South Korea’s Hanwha Energy is another. “We’ve also built sturdy relationships with all our close partners and contractors, with that win–win approach front of mind,” Tuan adds. “We can put the pressure on them to meet deadlines, but we can also support them in times of difficulty. In return, our suppliers put in 120 per cent effort, and that shows in every one of our projects.”

For BCG Energy, 2022 is rapidly approaching and, with it, greatness. “Despite all the issues surrounding COVID-19, we’ve managed to become the second-largest renewable energy platform in Vietnam,” Tuan beams. That’s occurred not only through hard work and shrewd decision-making, but also through wise investments in human resources. “We take care of our people and we work through adversities together. In a developing country like Vietnam, that goes a long way.”

“BCG Energy is a reliable and integrity-driven company in Vietnam. Last year, we met a huge challenge in Phu My project, but BCG remained committed to working with us to figure out the solutions. It is an honour to be BCG’s partner.” – Du Haiyang, Chief Representative PowerChina Vietnam, PowerChina International Group 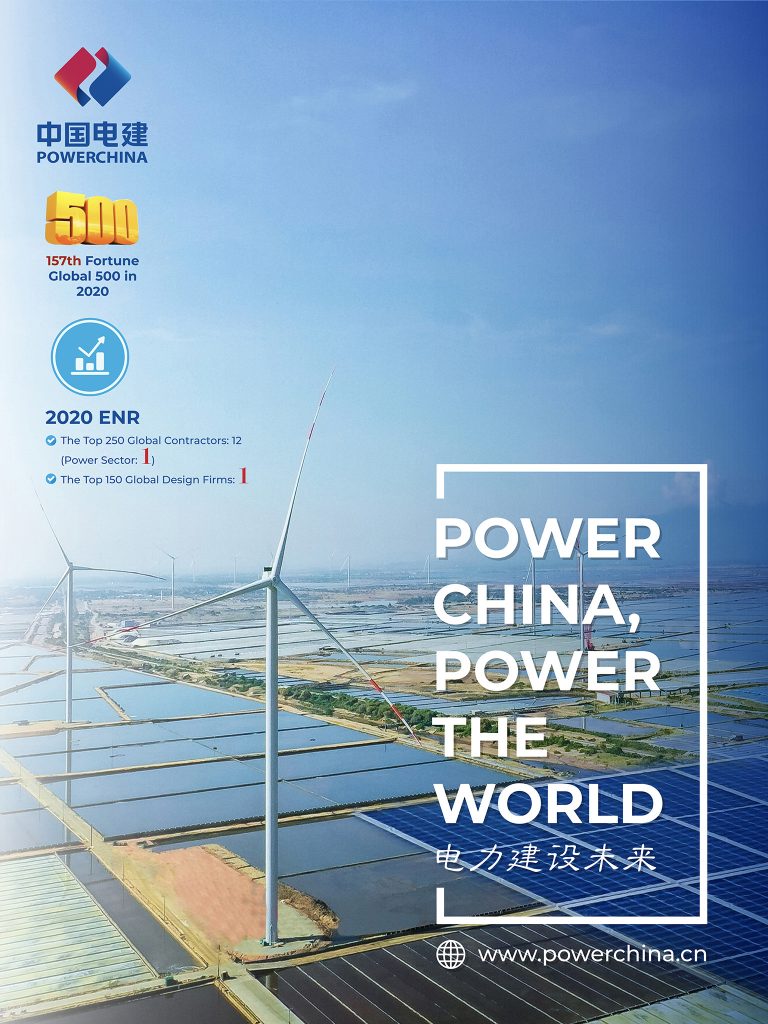