“Culture Is The Soul Of Your Company”: Wouter Van Kempen 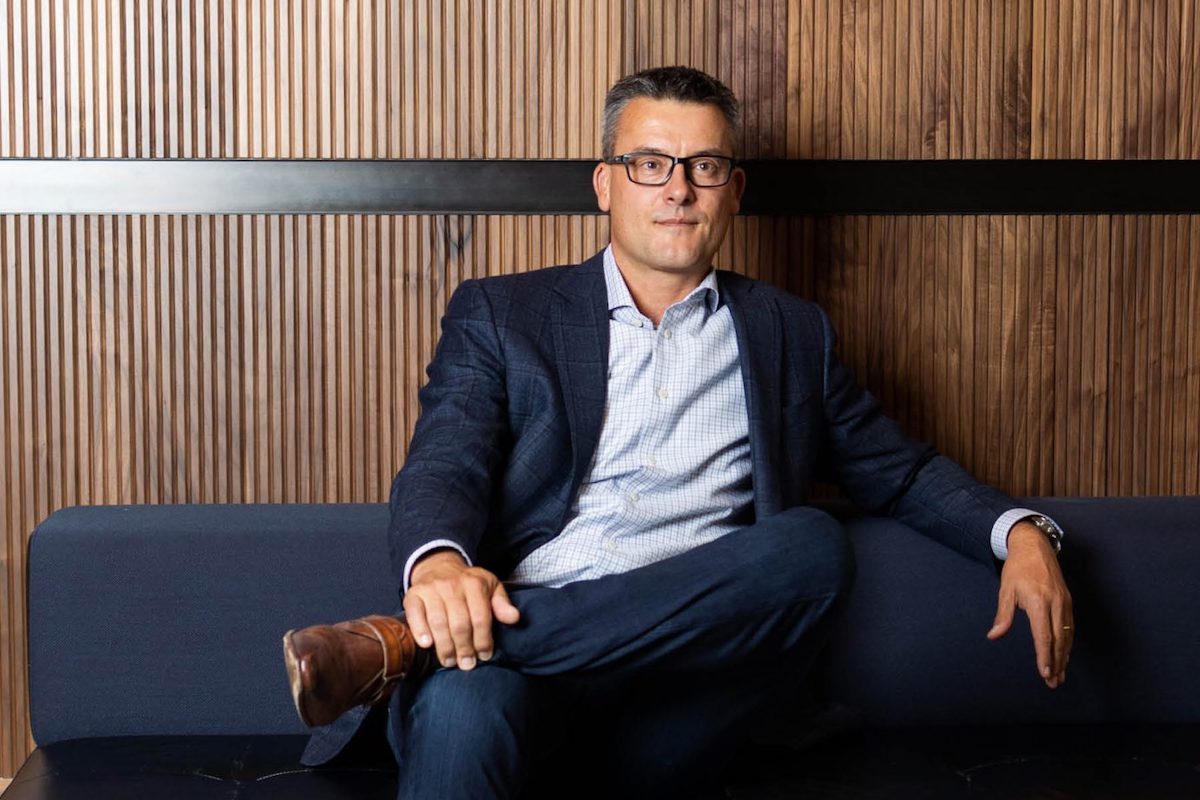 DCP Midstream is one of the largest producers and processors of liquid natural gas products in the US, with plants, storage facilities and pipelines across several states. But the company is increasingly being defined by its culture, innovation, commitment to sustainability and leadership on climate change.

In fact, in an industry where climate change was once considered an off-limits topic, DCP is tackling it head on.

“The industry is so polarized right now from both sides of the aisle,” said DCP Chairman, President and CEO Wouter van Kempen. “That’s something we need to get over because like education, like health care – energy is one of those things that we need to get right.”

Wouter shares eagerly what DCP is doing to reduce its own emissions and how, in some areas, it’s helping other companies do the same. In order to address emissions, DCP first realized a crucial step was gathering data to determine the exact scale of the problem in any given area.

Since July last year, high-tech aircraft equipped with methane-detecting computers have been flying over DCP’s operations in Texas, New Mexico and Colorado to do just that. The initiative, a partnership with a startup called Kairos Aerospace, is just one example of how DCP has undergone a cultural, digital and technological transformation under Wouter’s leadership. The partnership, managed by an in-house innovation team called DCP Technology Ventures, has also helped Kairos Aerospace expand its footprint, helping align both parties’ strategic goals.

“I looked at our asset base and saw limitless opportunity for us in digital transformation.”

“We’re flying over various parts of the country where we have facilities and saying, ‘OK, where are the fugitive emissions?’ so we can quickly deal with them and keep lowering our environmental footprint as a company,” Wouter says. “It’s a partnership, and it’s the largest voluntary industry-led methane survey being done in the United States.

“It’s also a great example of how working with a small company, a startup, can bring us new and different technologies that may have worked in other industries that we can apply in our industry, or that can help us solve challenges we have within our company.”

DCP and Kairos are also making the data available to industry partners and competitors operating in areas covered by the surveys. 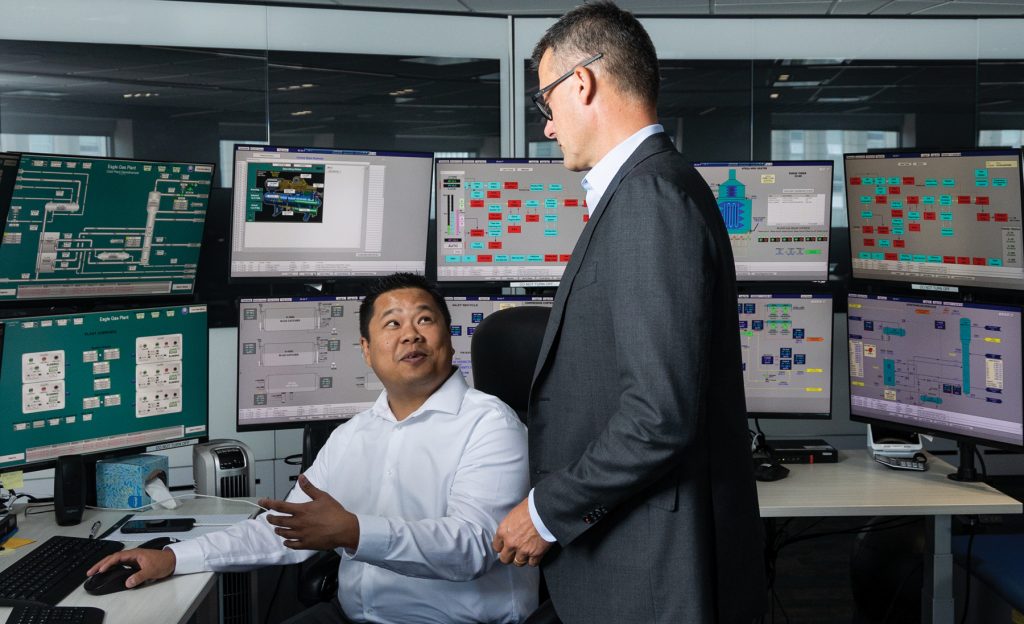 Wouter, who is from the Netherlands, joined DCP in 2010, moving to Denver, Colorado, after already having spent a large part of his career working in the US and other countries. Like many oil and gas companies, DCP had not embraced digitalization when he became CEO in 2013. He recalls the moment he realized how much potential there was in digital.

Seeing the graph inspired a minor revelation. Wouter looked back on his experiences working outside of the industry, particularly at General Electric, and recalled how that company was embracing digital adoption in the early 2000s. With that knowledge in hand, he realized DCP could benefit greatly from going through a similar process. “I looked at our asset base and saw limitless opportunity for us in digital transformation,” he says.

DCP dubbed the transformation DCP 2.0, and it has been just as successful as Wouter first envisioned it would be. Today, the company has automated 36,000 processes, and analyzes seven billion data points every day using real-time information on everything from asset markets, pricing data, contractual data and engineering data. This has helped double the company’s per-asset productivity. “It’s been a tremendously rewarding and interesting learning experience for me, and for everybody in the company,” he says.

DCP has digital twins for all its assets across 26 facilities, which a team monitors from the company’s high-rise headquarters in Denver to ensure everything is operating at peak performance. “We’re on the 23rd floor remotely operating large gas processing plants,” Wouter shares. “When we started our transformation in 2016, no-one else in the industry was doing it, and everybody was saying, ‘Hey, does this make sense?’ The interesting thing is everything had become digital in our personal lives; we were already looking at screens to do everything, so why not do things the same way in our company?”

Making the change was a challenge, one that Wouter addressed by first making sure everyone in the company was on board. “This was a massive, massive change, and most people don’t like change,” he admits. “We always talk about people, process and technology. First, what you need to do is make sure you’ve got your people with you. You’ve got to get people excited about the change that you’re going through; if you don’t have the people with you, it’s not going to work.

“You can have the most beautiful strategies out there, but if you don’t have the right culture, and your people aren’t willing to follow you and believe and buy into that culture, it really doesn’t matter. I think in the end, culture is the soul of your company. It’s the personality of your company.”

“Our work and our infrastructure are vital to meet the rapidly increasing energy demands of a growing population.”

After the right people are on board, Wouter says then you can dig into getting all your processes right. “If you just start automating without being thoughtful about it then you end up with bad automated processes. You’ve got to get them right first, then you can overlay technology and start digitizing.”

With 56,000 miles of pipeline and 37 gas processing plants, DCP processes six billion cubic feet of natural gas products every day. To put that in perspective, the average US household uses roughly 170 cubic feet of gas per day, so the company’s operations provide enough gas to supply up to 37 million households daily. “Our work and our infrastructure are vital to meeting the rapidly increasing energy demands of a growing global population,” he said.

As a midstream provider, DCP is the link between the raw material that comes out of the ground and the finished, processed product used on stovetops and to heat people’s homes. “We sit right between energy production and energy consumption,” he points out.

<blockquote>”Over the past decade, we have completely changed what our company looks like and how we make money, which is a great strategic achievement by our team.”</blockquote>

When Wouter arrived at DCP in 2010, it was predominantly a commodity-exposed business. Today, it is a vertically integrated midstream service provider with a major logistics business on top of its traditional gathering and processing operations. The logistics division, which now makes up a little more than 60 per cent of the business, uses large-diameter pipelines to transport natural gas and natural gas liquids long distances to the Gulf Coast of the US and to other destinations. “Over the past decade, we have completely changed what our company looks like and how we make money, which is a great strategic achievement by our team,” he reflects. 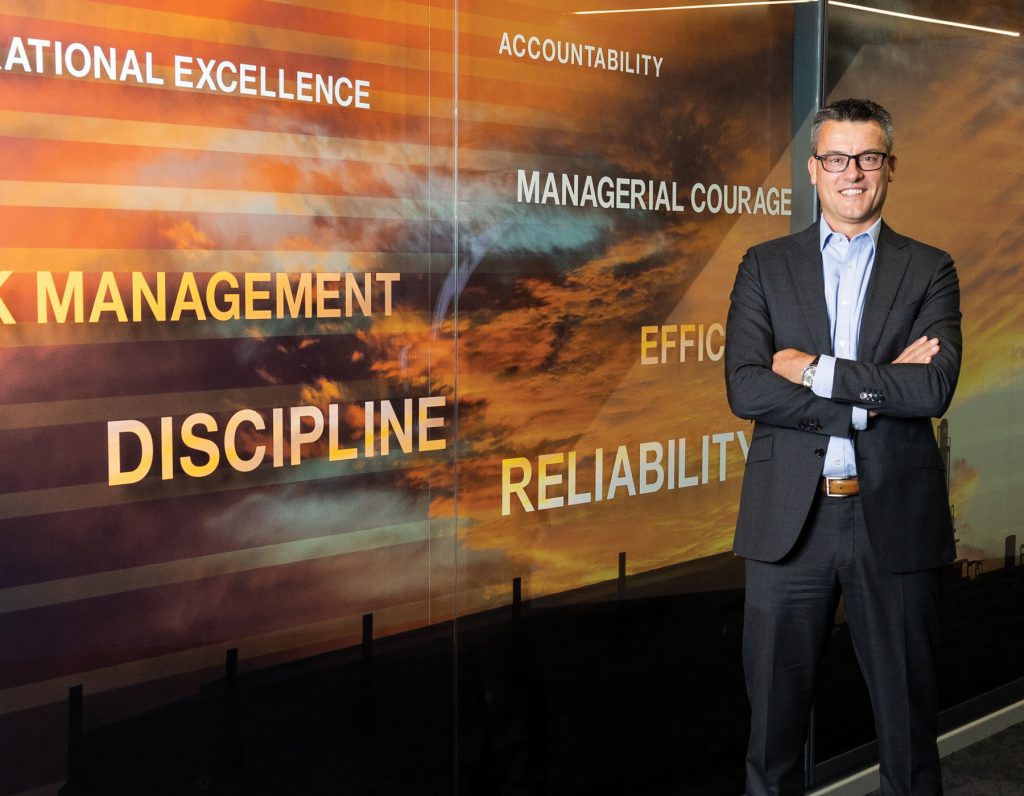 In 2015, DCP embarked on a five-year plan to become the safest, most reliable low-cost midstream provider in the industry. Today, Wouter and his team can proudly boast they have met that target. “We can say we are the safest midstream company in the US,” he smiles. “For many years in a row, we have received distinctions and awards from within the industry around our safety profile and how safe we are as a company.”

DCP’s total recordable incident rate – a key metric for measuring safety that represents the number of injuries compared to the amount of time worked – ranges from 0.3 to 0.4, which Wouter notes is comparable to rates recorded in retail clothing stores. “There is a large, well-known, advanced manufacturing company that makes electric vehicles a lot of people know,” he says. “A few years ago, it proudly announced that its total recordable injury rate was around six. DCP is 20 times safer than this company. Regardless of industry, if you focus on it, you can be inherently safe.”

Such a strong safety record is not something that happens on its own in the oil and gas sector – it requires sustained dedication and hard work. “We have spent an immense amount of time and effort on making sure the people who work for us go back to their families safe every day and every night, and that’s something I’m really proud of,” Wouter confirms.

“There’s a tremendous amount to be proud of over the past five years in an industry that has seen a lot of ups and downs and is a notoriously cyclical business.”

The second part of DCP’s five-year plan – being the most reliable provider in its class – is also coming to fruition. The company’s reliability rating has gone up significantly since 2015, thanks in large part to its technology focus.

Boosting safety and reliability may sound costly, but even during this transformation, and even while operating more assets today than it did in 2015, DCP has also succeeded in its third goal of significantly lowering its cost base. “What our team accomplished is incredibly impressive,” Wouter says. “There’s a tremendous amount to be proud of over the past five years in an industry that has seen a lot of ups and downs and is a notoriously cyclical business.”

These achievements have given DCP the freedom to reflect the company’s purpose of Building Connections to Enable Better Lives in the community. Last year, an employee-led initiative selected Wounded Warrior Project for a multiyear investment and engagement partnership. “Our employees, many of whom are veterans, chose to make an impact with Wounded Warrior Project because their mission to support warriors is invaluable to our nation and communities,” Wouter said at the time.

Since 2007, DCP’s philanthropic efforts have helped raise and direct more than $10 million to charity organizations.

The DCP team’s success is all the more impressive considering the US oil and gas industry has faced major crises in recent years. After recovering from a downturn in 2014, producers were hit with declining demand at the start of the COVID-19 crisis. Then, the Organization of the Petroleum Exporting Countries began a massive supply push, which further depressed prices. 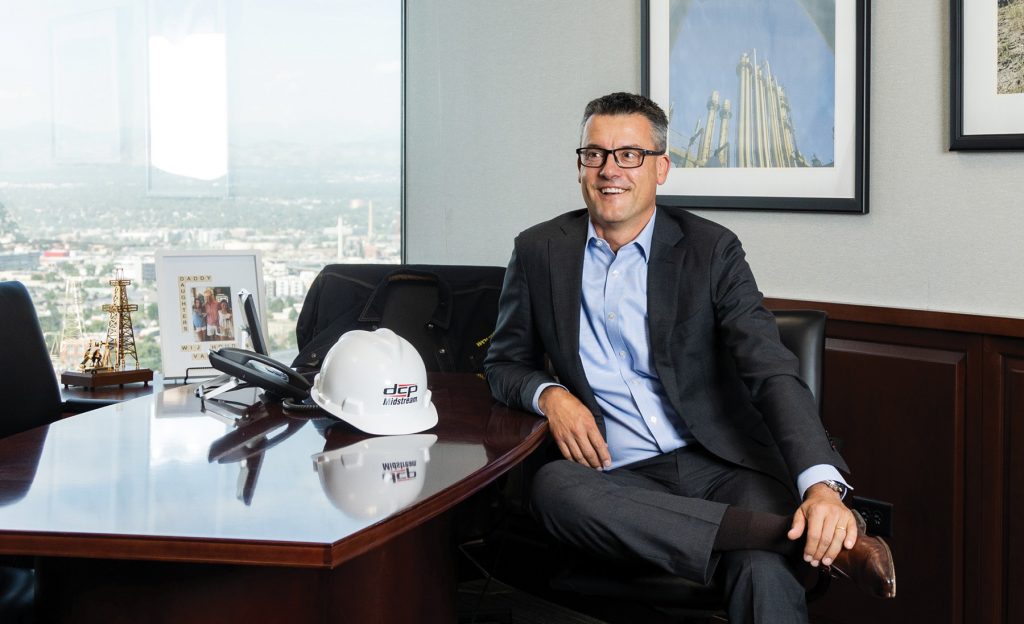 “It’s probably going to take a while to get to those 14 or 15 million barrels, if we’re ever going to get there,” he predicts. “I think there are some fundamental changes we are all going to see in the way our industry works over the coming years. We’re going to become more like a normal industrial manufacturing type of industry, where it’s not always about hypergrowth and cycles. It is about making sure you operate sustainably by taking care of your people, making sure that you operate safely, maintain productivity, and watch your costs, and that you get as much value out of your assets as possible.”

Taking the long view comes easily to Wouter, and sooner than it did for others in the field, thanks to his previous experience outside of the oil and gas industry. “It has helped me a lot that I haven’t spent my whole career in this industry,” he says. “I see a lot of parallels now with the first 10-plus years of my career. At General Electric, it was an industrial manufacturing business that didn’t have super cycles of growth. It was about getting some market share, improving productivity, and making sure you ran your operations really, really well.”

At ThoughtTrace what we do is transformative for our customers. To make that transformation possible, it helps to work with people and organizations that gravitate to change rather than turn away from it. DCP is a leader in this regard – the individuals and the culture embrace change and strive to continuously find a better way.” – Nick Vandivere, CEO, ThoughtTrace 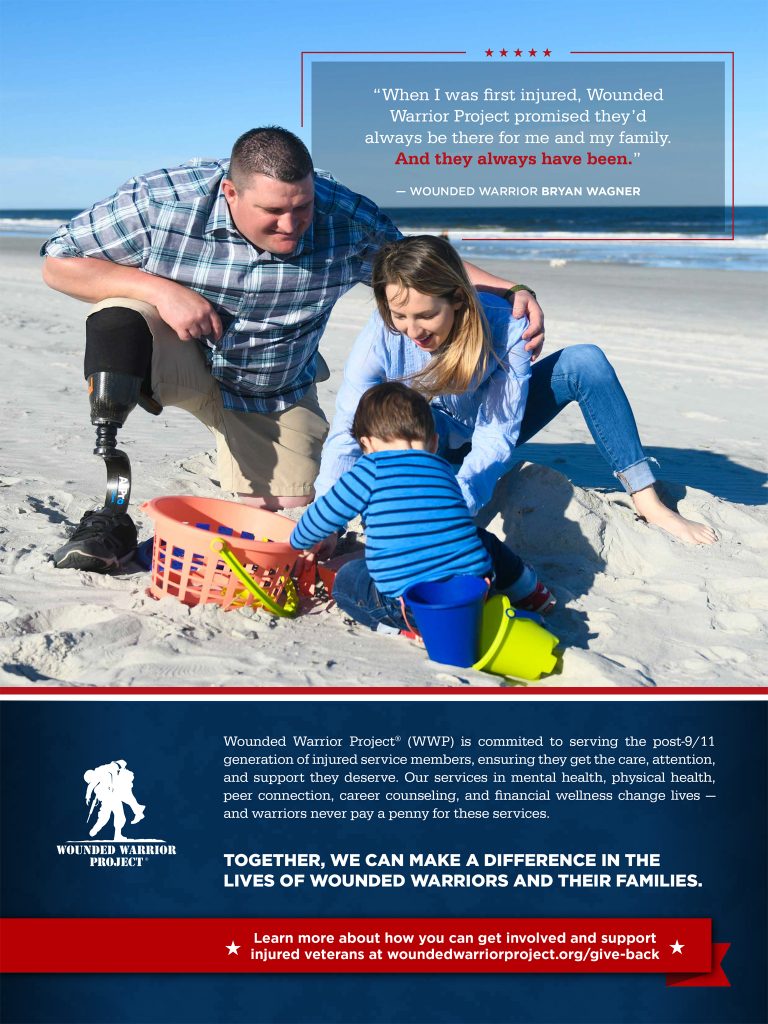 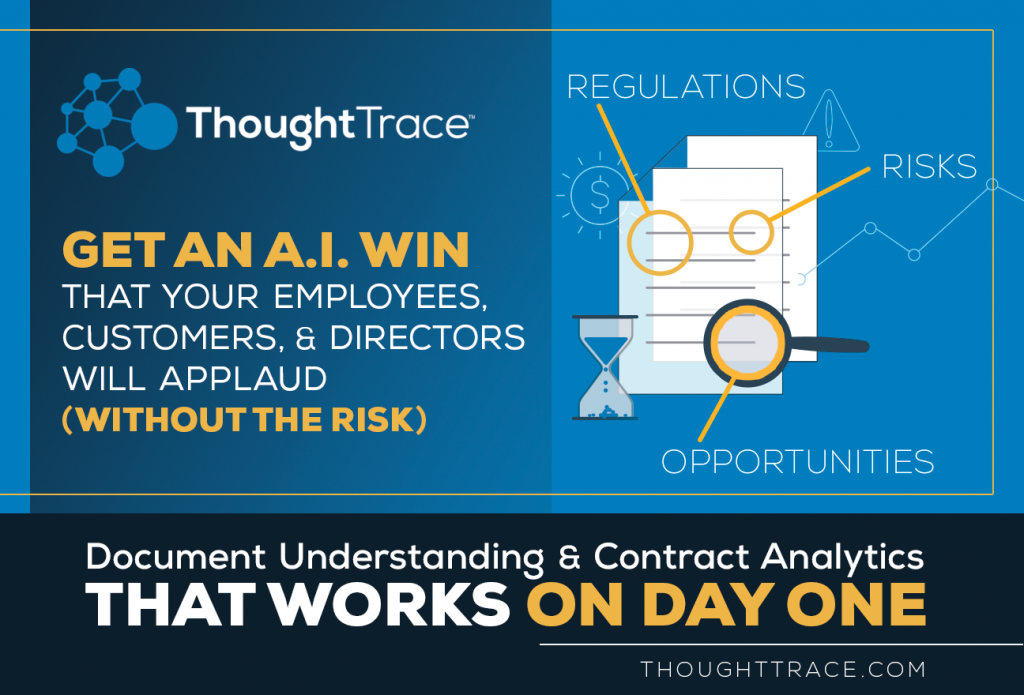 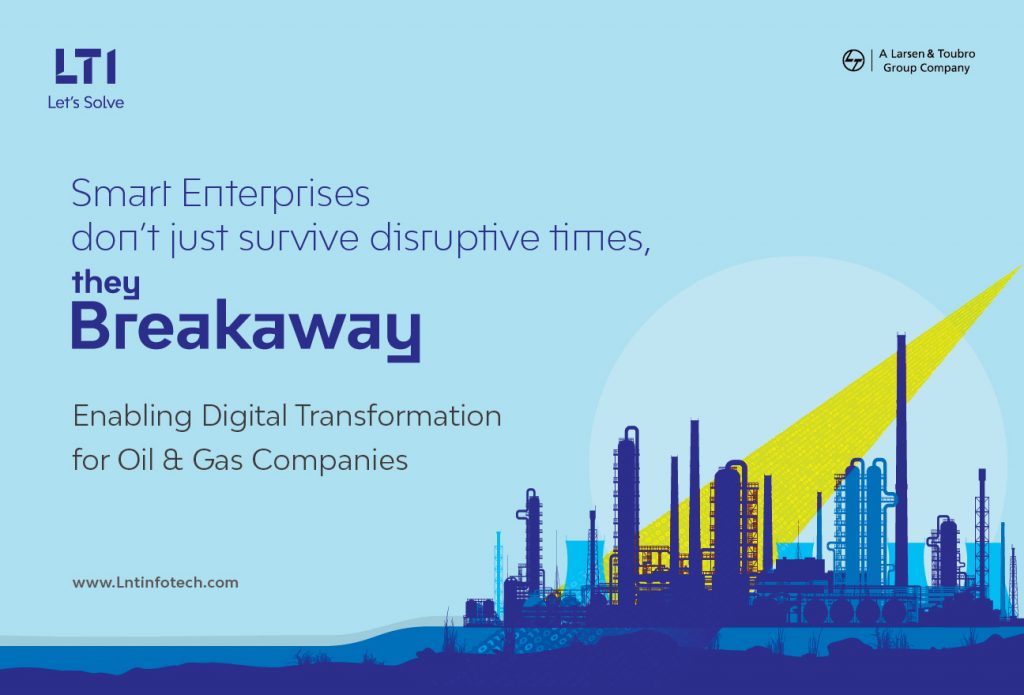 WPI has been a key provider of products and services to the US and international oil and gas industry since 1924. DCP and WPI’s successful partnership has helped to transform the industry and to improve the health and safety of their staff and communities. 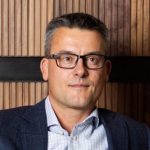