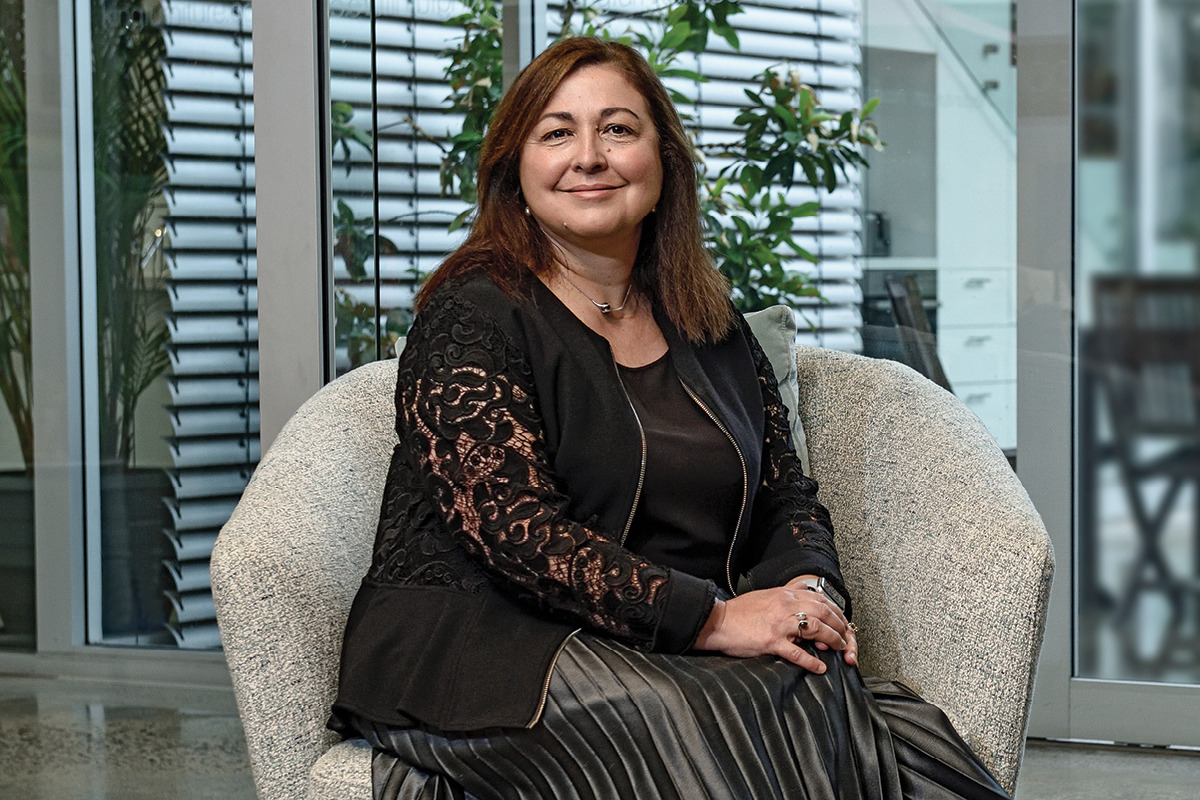 When King Living CEO Anna Carrabs signed on with the award-winning, Australian-based furniture brand in June 2015, she was assigned a mission. Founder David King wanted her to ensure the brand would still be thriving in 100 years. The very next month, Anna took the company global. “Now we have the right team, the right systems and the right platform in place,” she says. “The longevity has been created.”

But, it didn’t happen overnight. Anna worked tirelessly to prepare the company for global success. “I had a really good base to work with – the creativity and the product are second to none,” she shares. “As expected with a rapidly growing business, we had to implement robust systems and organisational structure to facilitate our expansion plans. So, I’ve spent my time setting the platform that would allow us to take the business global.”

King Living’s first foray on the global stage was in Singapore. From there, it moved into New Zealand and, most recently, to Vancouver. To say things are going well would be an understatement. “The Australian brand is so well received in other markets,” Anna says. “It’s seen as something new and fresh. Combined with purposeful design and the highest standard of quality, it’s considered to be affordable luxury.”

Using a vertically integrated model, King Living handles everything from design through to manufacturing and sales. This gives the furniture powerhouse a great deal of control over the quality and performance of its designs – and a leg up on its competitors.

“There are very few furniture businesses in the world that can actually fit into that category,” Anna says. “Innovation is at the core of everything we do. It’s about the product and our people. It’s about the service. It’s about aftercare. The reality is, we are in the top five Australian companies with patents on products.”

King Living was involved with refitting Australian embassies around the world. It often surprises people to learn this established luxury furniture retailer alsohas a very large trade and commercial side.

It all boils down to the tremendous amount of thought that goes into each new product. King Living’s furniture offers a solution to its customers before they even realise they have a need. “We focus on function. We think about how people live their lives and what they might not even know they need,” she explains. “Our job is to work out how we can make their lives better. That’s what we’re all about.”

The company’s newest initiative isn’t only enhancing its customers’ lives, it’s also benefiting the planet. Design Online, King Living’s recently launched digital brand, is targeting millennials with a quick-to-get range of sustainable furniture that’s “built for the future, not for the landfill”.

“It’s been a year in the making,” Anna shares. “It was the brainchild of David King and the beauty of it is, we’ve used leftover products from manufacturing King Living Furniture. Rather than creating more waste in the world, we created a new brand. It’s amazing to work with a founder who’s always thinking ahead of the curve – a true visionary.”

“Rather than creating more waste in the world, we created a new brand.” This professional relationship has been one of the key factors of the company’s success. “It’s really a collaborative partnership,” she says. “David still has a very active role and directs the creative team, and I basically execute his vision with the management team.”

It’s a relationship that’s been built upon years of trust. Anna was actually working with David long before she signed on as King Living’s CEO. She was at a mid-tier accounting firm called William Buck for 20 years. As part of that, she took on a number of important clients – one was King Living.

On many occasions, David and I discussed taking the business to the next level, engaging someone to build the systems and put a team in place that would fulfill his vision. I introduced David to many people who I thought could do the job. Then, one Christmas, David and his wife, Sonia, invited Anna over for dinner. It was here that David revisited the conversation about finding a CEO.

In 1977, David King and his mother Gwen King – an interior designer – began crafting foam furniture in their home to sell at Paddy’s Markets. David created the sofas and his mother sewed the covers. Today, the family legacy continues as David, his wife Sonia and their two daughters Stephanie and Louise all work together in building the King Living brand.

“He told me that he’d finally found someone,” Anna says. “When I asked him if it was someone I had introduced him to, he answered, ‘Well no. Actually, it’s you.’”

“I was floored,” she continues. “So, that’s how I came to be. Because I had an integral part in setting up the operating structures, I had a huge head start when I got appointed to this role. It’s been very seamless to come into the organisation and continue that collaboration.”

To build David’s dream global company I needed to build a strong and cohesive management team that had the skills to take the business to the next stage. “That team is my biggest achievement,” she beams. “They’re very skilled and collaborative. They work as one. When issues arise, they work through them together and rise above.”

This teamwork has been vital for taking the company globally. “There’s no doubt challenges have come with becoming a true global empire,” she admits. “From the way of doing business through to the language barriers we’ve faced, each jurisdiction has come with its challenges that we’ve needed to address. But, we’re stronger for it.” 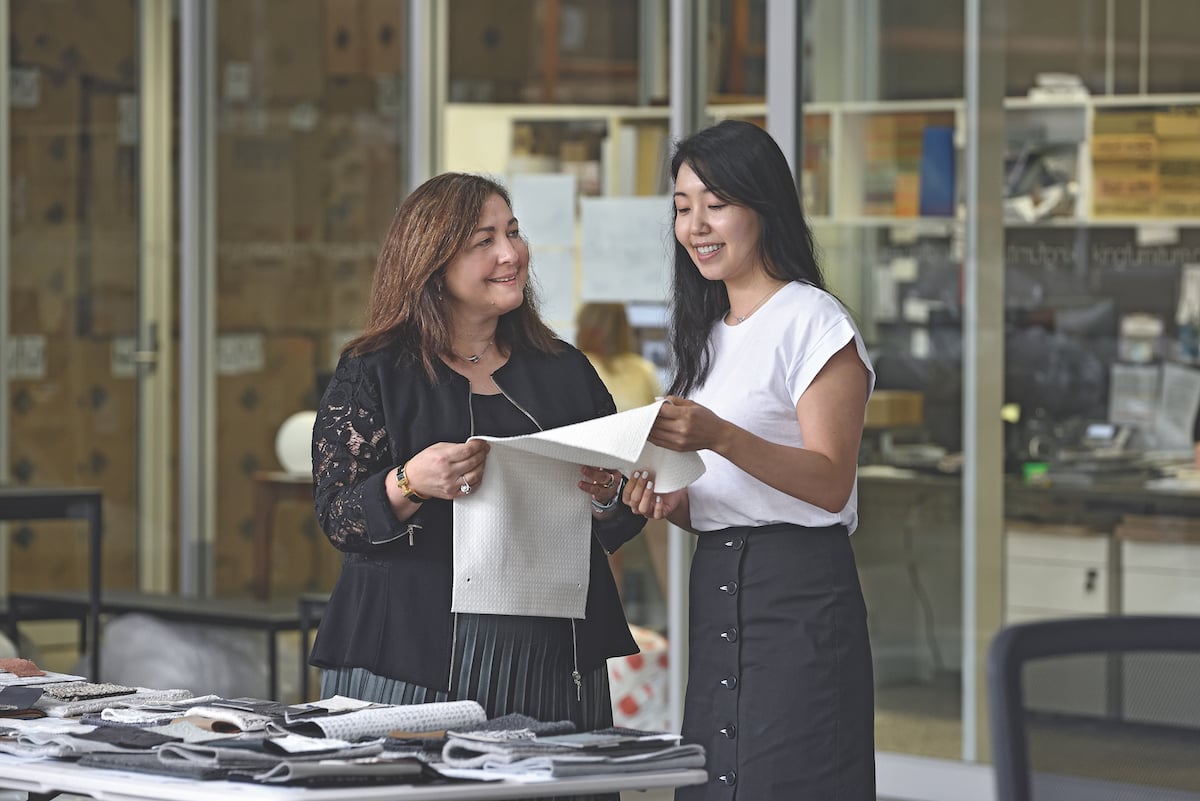 Anna likes to give opportunities to the staff, like the story of the warehouse employee who was studying for a degree in IT – he was groomed to become the brand’s Global Head of IT. And, the employee who was originally responsible for unloading containers, now runs the company’s infantry.

“It’s been my biggest achievement – seeing the value people can bring, recognising those golden nuggets and actually doing something about it.”

It’s something that was quietly instilled in Anna throughout her more than 30-year career. Unbeknownst to her at the time, she was picking up the best practices of her former managers. They once took a chance on her and, now, that practice has come full circle.

“I had bosses along the way who basically allowed me to fail,” she remembers. “They let me take chances and supported me. They could see that even if I didn’t have the skills yet, I would make sure to grow them because I was very engaged. I’ve been really lucky in my life to have experienced that.”

It’s a value that’s very much ingrained in her professional life. Just as she likes to grow talent with King Living, she also likes to take chances on promising small businesses. “I’ve always believed in supporting them.”

“It’s been my biggest achievement; seeing the value people can bring, recognising those golden nuggets and actually doing something about it.”

For Anna, these types of relationships aren’t merely nice to have – they’re crucial. “Growing relationships is key to growing business,” Anna says. “It’s a philosophy I’ve always had. I encourage each and every member of my team – especially the senior leadership team – to partner with suppliers. Doing so creates new value propositions for both parties.”

With future endeavours aimed at expanding its manufacturing operations coupled with the company’s current success on the global stage, King Living is well primed to endure whatever the next century may bring.

“There’s a sign that says, ‘Culture eats strategy for breakfast each and every day,’” Anna says. “And, it does. It’s the key to an organisation that thrives and grows and remains relevant.”

That’s exactly the culture that Anna has poured her heart and soul into creating at King Living. Now this family-run business is set to take on the world in style. Talk about longevity. Mission accomplished. 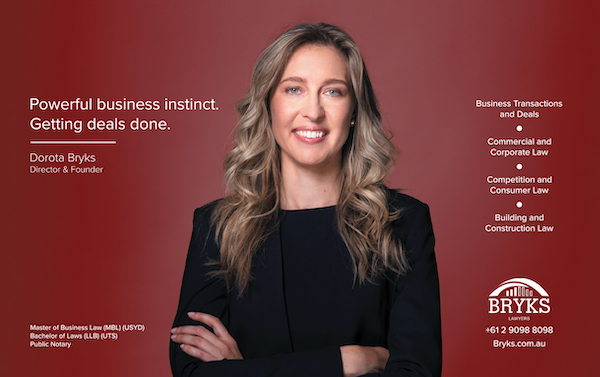 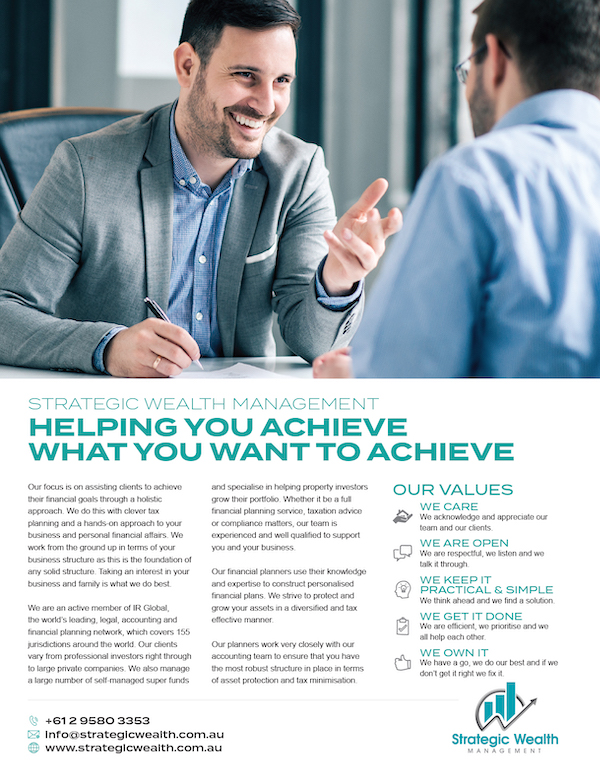