Bling at its best: Baby George 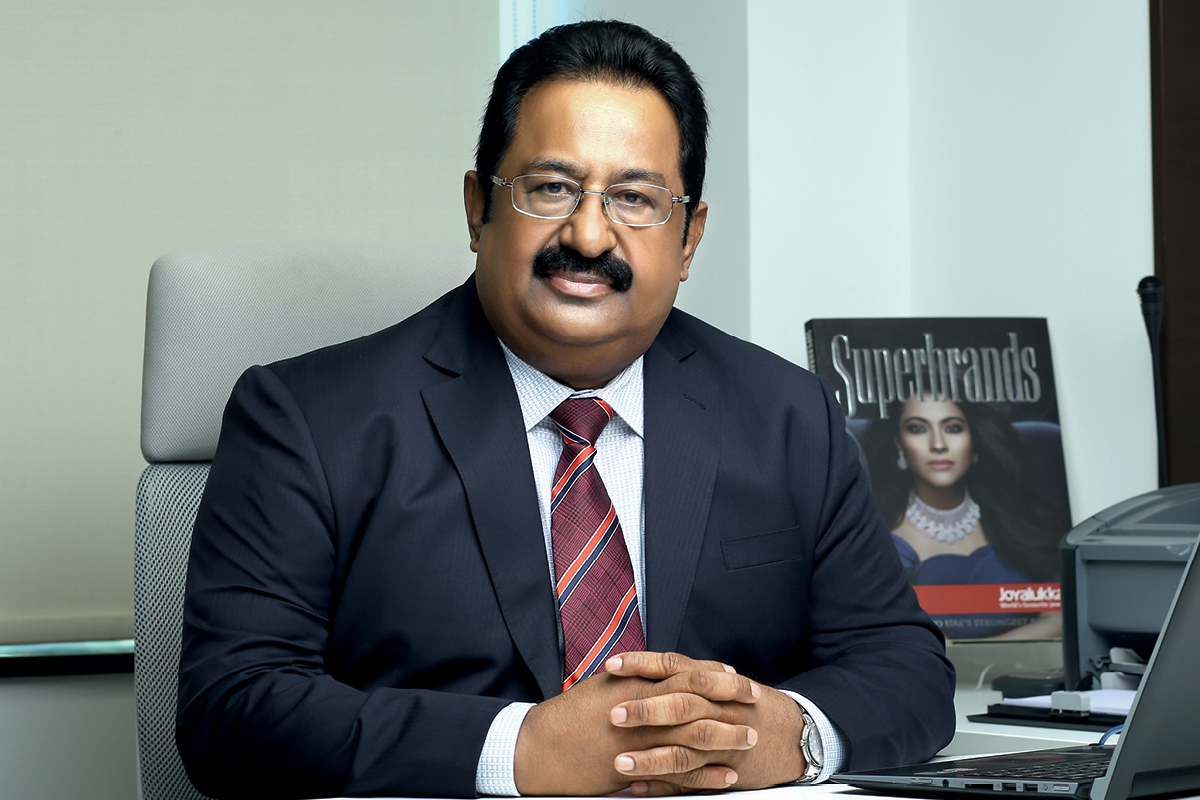 Ploughing through filthy floodwaters to reach stranded villagers in Kerala was a world away from the glittering bling Joyalukkas employees were usually surrounded by. But it was all part of a day’s work for the jewellery business, a company passionately committed to its community. And CEO Baby George couldn’t be prouder.

“It was during the fury of the 2018 floods,” he explains. “Our staff sprang immediately into action to help families that were left homeless. They waded through the water to reach the marooned and found them temporary accommodation in relief camps. Our employees from Alappuzha, Kottayam and Thiruvalla were also the first to visit the camps and provide people with food, clothes and medicine.”

Via its Joyalukkas Foundation, the Kerala-based company exercises an ingrained sense of responsibility to help those in need. It’s an obligation the company takes very seriously, although it wasn’t its primary focus.

Baby George joined the company in 2014 and his vision then for the company was far more business related. “My energy was centred on strengthening the company’s balance sheet, improving its credit rating, efficiency and profitability,” he says.

Fast forward five years and the CEO has made good on his promise. The company is enjoying a worldwide reputation for its gold, diamond, platinum and pearl jewellery, and turnover has almost doubled. It’s a success that required making difficult decisions to ensure operations and the bottom line was improved.

Before Joyalukkas, Baby George was based at Chennai, heading the southern region of the IDBI Bank, and using his solid background in banking, foreign exchange, finance and credit, he implemented some serious financial tweaking at the jewellery company.

He knew that the best way to improve the company’s profitability was to control expenses and gradually reduce the bank borrowings without affecting the business by optimising the inventory turnover.

“We brought down finance costs, employee costs, promotional expenses and rentals to improve our profitability,” he says. “Our EBITDA margins increased from about four to 7%, while our operational costs fell drastically from about 11 to 8%.”

Baby George’s inclusive leadership style is also pivotal to triggering the right results. His strategy of grooming employees for leadership positions includes equipping them with the power of responsibility and keeping them connected. 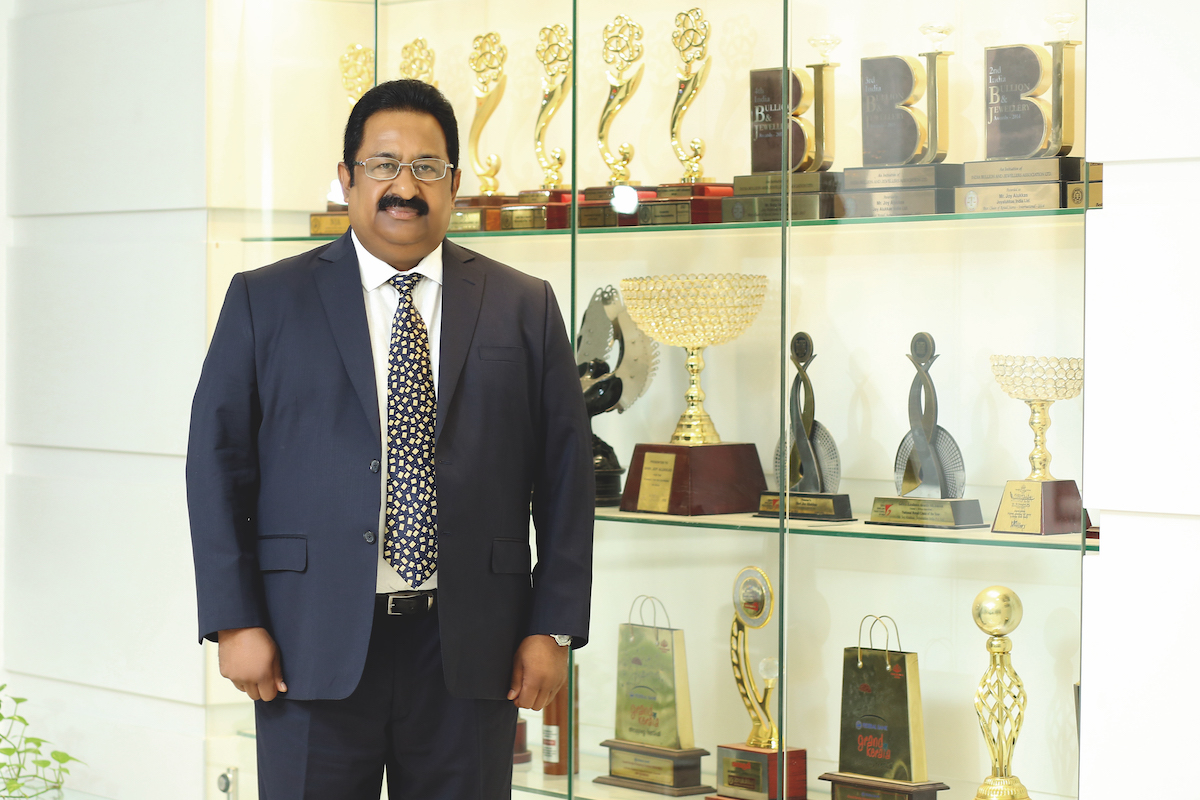 “I always treat people kindly, I get to know them and listen to them,” he says. “I make sure they have targets and deadlines, I keep them in the know and follow up their achievements.

“I’m definitely results-oriented and keen to learn new things,” he adds. “I commit to my work and feel passionate about making a more significant contribution. These are all factors that motivate me as a leader.”

There’s no doubt that powerful executives around the world are woven together by common threads of ambition, commitment and loyalty; it’s their differences, individual attributes and idiosyncrasies that make them unique. Which naturally brings us to Baby George’s name – not the usual moniker bandied around a boardroom.

“Baby is a common name in the southern regions of the country, particularly the Kerala state,” he explains. “It’s common practice to add your father’s name as your surname and that’s how Baby George came about.”

Joyalukkas, meanwhile, gets its name from its visionary Chairman and Founder, Joy Alukkas, a jeweller who learned his craft from his father’s business in Kerala. Launching Joyalukkas Jewellery in Abu Dhabi in 1987, he expanded the company into a chain of nearly 160 showrooms across 11 countries, with about 90 in India.

The Indian business is completely independent from its overseas counterparts and Bollywood star Kajol Devgan has been the brand ambassador of the company for the past two years. Already this year, she has been on site launching Joyalukkas showrooms in Hyderabad, Bengaluru and the company’s fourth store in Chennai. Other stores in Madurai and Coimbatore have also been opened by actor Vijay Sethupathi.

“Since we started operations in India in 2002, we have been growing consistently in revenues and profit. We are opening on an average between five and eight stores a year,” Baby George says.

“Our company is a well-organised retail business entity that has been growing in revenue at around 10% annually. We are confident of maintaining the present growth track records well into the future, both in revenues and profits.”

“Our company is a well-organised retail business entity that has been growing in revenue at around 10% annually.”

Joyalukkas enjoys relationships with about 200 suppliers throughout India, with Baby George believing that the integrity of the company and its strong reputation for reliability are key factors.

“I believe our suppliers are happy because they have been with us for the past one and a half decades,” Baby George says. “We have never defaulted nor delayed on our financial commitments. We don’t have any cashflow issues, they get paid on time and they deliver on time, which is exactly how we want it.”

The Joyalukkas Foundation, established in 2009 under the initiative of Jolly Joy Alukkas, is a perfect complement to her determination to be kind and help others.

“We believe that any institution, or individual, has a responsibility to support the community in which it is thriving,” Baby George says. “Helping others and empowering people is what motivates me the most.” 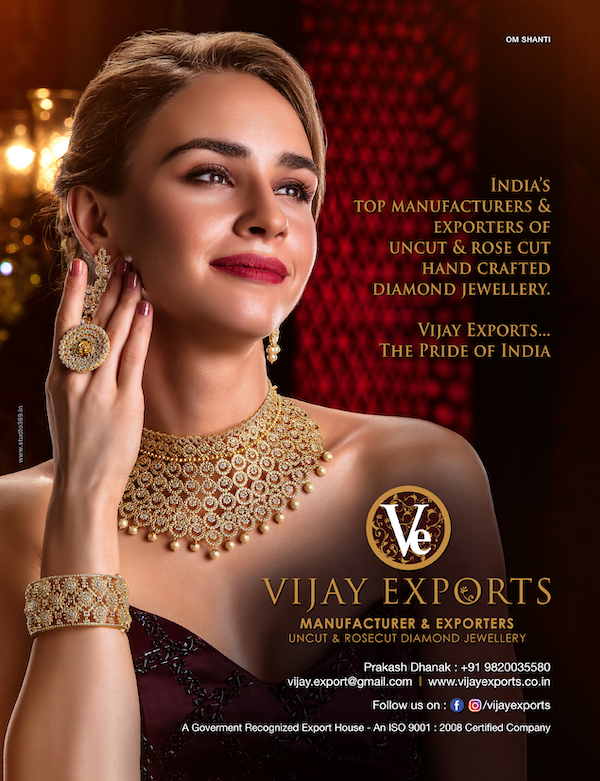