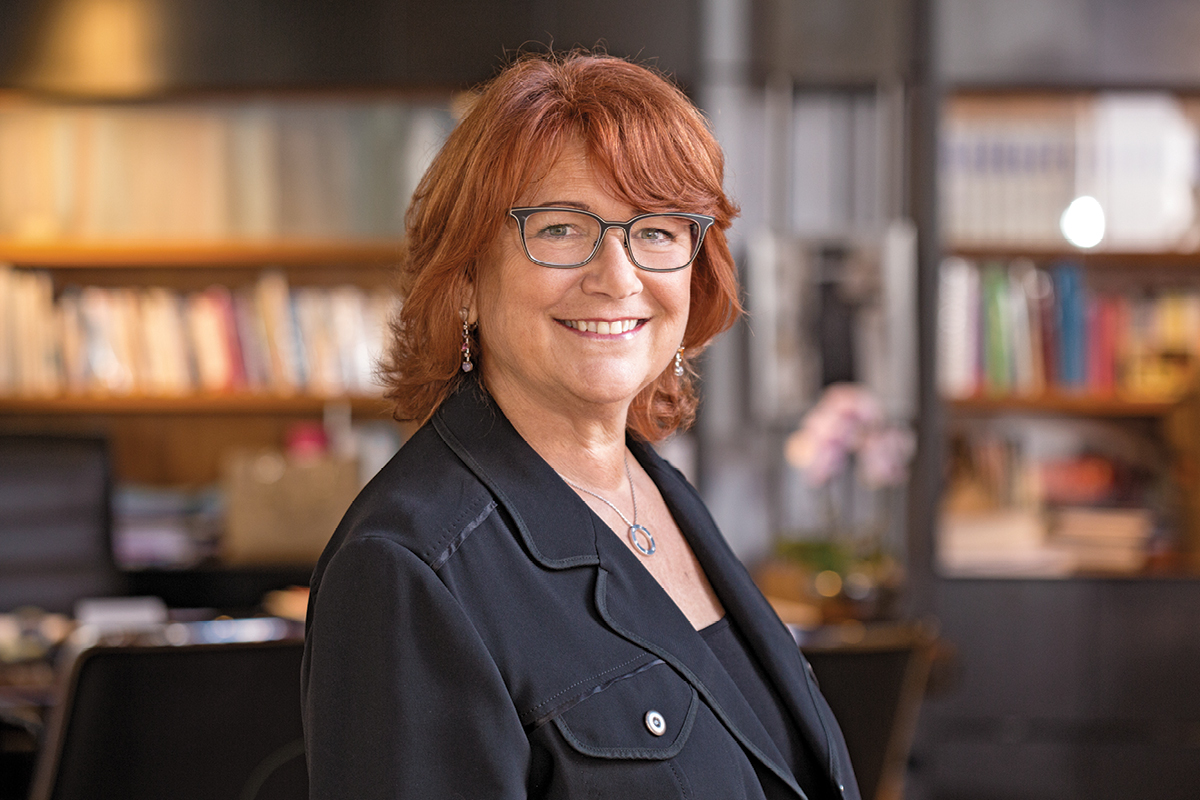 On paper, Raja Group is one of Europe’s leading packaging suppliers and distributors. In the words of CEO Danièle Kapel-Marcovici, however, it’s a company that is first and foremost a story about women.

It’s a story that began more than 60 years ago in 1954, when women were not allowed to open bank accounts or choose their professions without approval from their husbands. But one Rachel Marcovici didn’t just find herself employment, she founded the Raja company, (then known as ‘Cartons Raja’).

Her fight to success in the then male-dominated industry of packaging supply and distribution gave birth to the Raja Group of today. In her long professional journey, Rachel’s tenacity, determination and strength became the biggest source of inspiration for her daughter, Danièle.

Today, the firm is present in 18 countries in Europe with 21 subsidiaries that brought in a turnover of more than €631 million last year. It has more than 1900 employees, more than half of whom are based in the company’s home country of France. With the recent announced acquisition of Staples Solutions business units in France, Spain and Italy, Raja Group will have 3,000 employees and reach a turnover of €1 billion.

In 1982, when Danièle’s parents passed her the reins of the family firm of fewer than 50 employees, she no longer had to ask a man for permission to be CEO. But she continues her mother’s – and many other women’s – fight in asserting their rights to live in a more equal world. 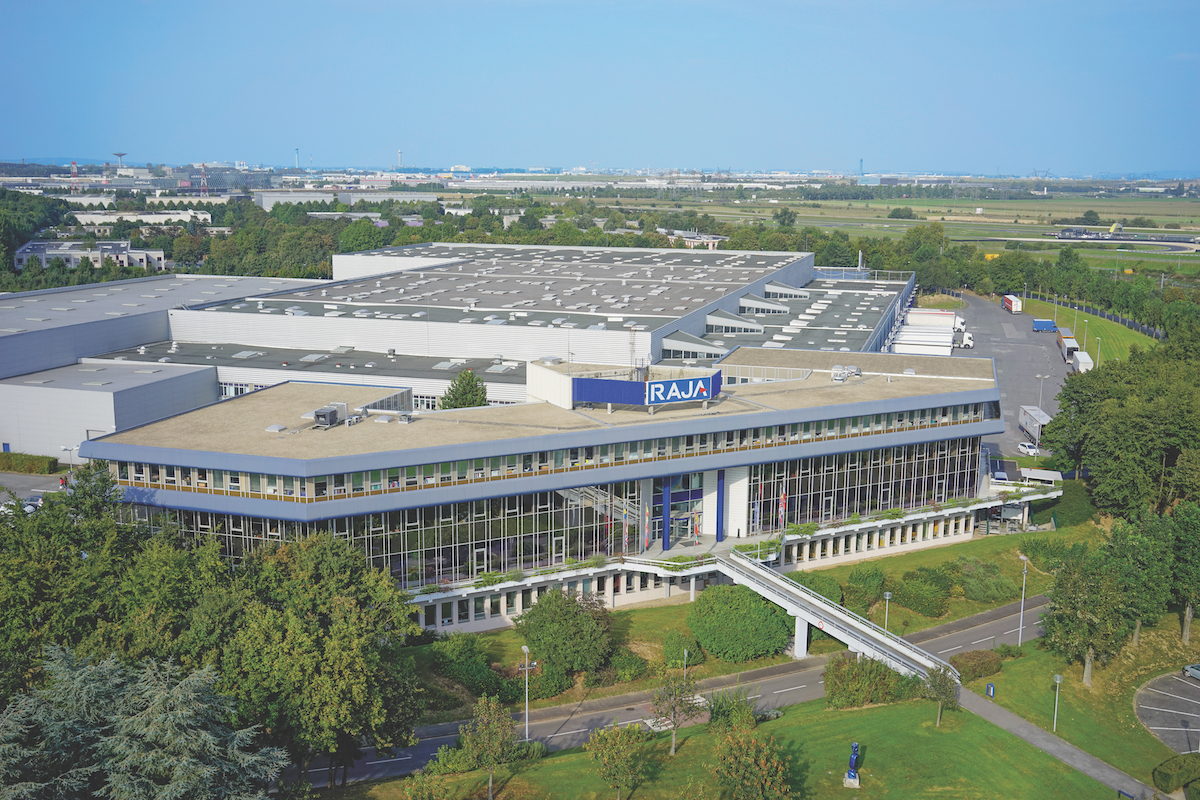 Danièle’s convictions came to fruition in 2006 with the founding of the Raja-Danièle Marcovici Foundation (known colloquially as the Raja Foundation). Dedicated to the empowerment of women in France and around the world, the organisation has since supported 447 female-centric charity projects in 54 countries, some as far-flung from France as Indonesia, Bolivia and the Democratic Republic of the Congo. More than 90,000 women have benefited from the activities of the Raja Foundation. The organisation has also dedicated a budget of over €9 million for its cause.

Here, Danièle shares her opinion on why the feminist movement still matters, the necessity for corporations to balance business with philanthropy, and her vision for the foundation.

As the CEO of a for-profit corporation, what inspired you to start a charity?

I have always been a committed woman and, since the 1970s, have led a personal and collective struggle for feminist awareness. Women should be free to choose, have the same rights, the same recognition and the same status as men in society.

I also believe that, in addition to their economic role, companies have a role to play in the society. That is why I created the Raja-Danièle Marcovici Foundation in 2006, under the aegis of the Fondation de France (a French philanthropic network), to support organisations that work for the empowerment of women and the improvement of their living conditions.

The foundation supports projects in France and abroad that contribute to women’s education, social action, the fight against violence against women, training and professional integration. The Raja Foundation was one of the first in France to commit to this cause, and it’s funded by Raja Group.

There are many groups in the world that need help. Why does the feminist movement in particular mean so much to you?

Women are the first victims of inequality in the world. They perform two-thirds of international work but earn only 10 per cent of the income. Seventy per cent of people living on less than US$1 (€0.89) a day in the world are women. One in three women is a victim of violence during her lifetime.

It is essential to support actions that empower women and reduce the inequalities they face. Women need equal access to education and to professional opportunities; they deserve the same pay and the same freedoms as men. Investing in equality is the best investment for achieving global political stability and economic development.

How can a for-profit corporation uphold and support the values of its not-for-profit activities?

Since I took over the leadership of Raja Group from my mother when I was 36, I have led the group with respect for professional and wage equality between women and men. The company refuses all forms of sexism and has strong values of solidarity and respect. 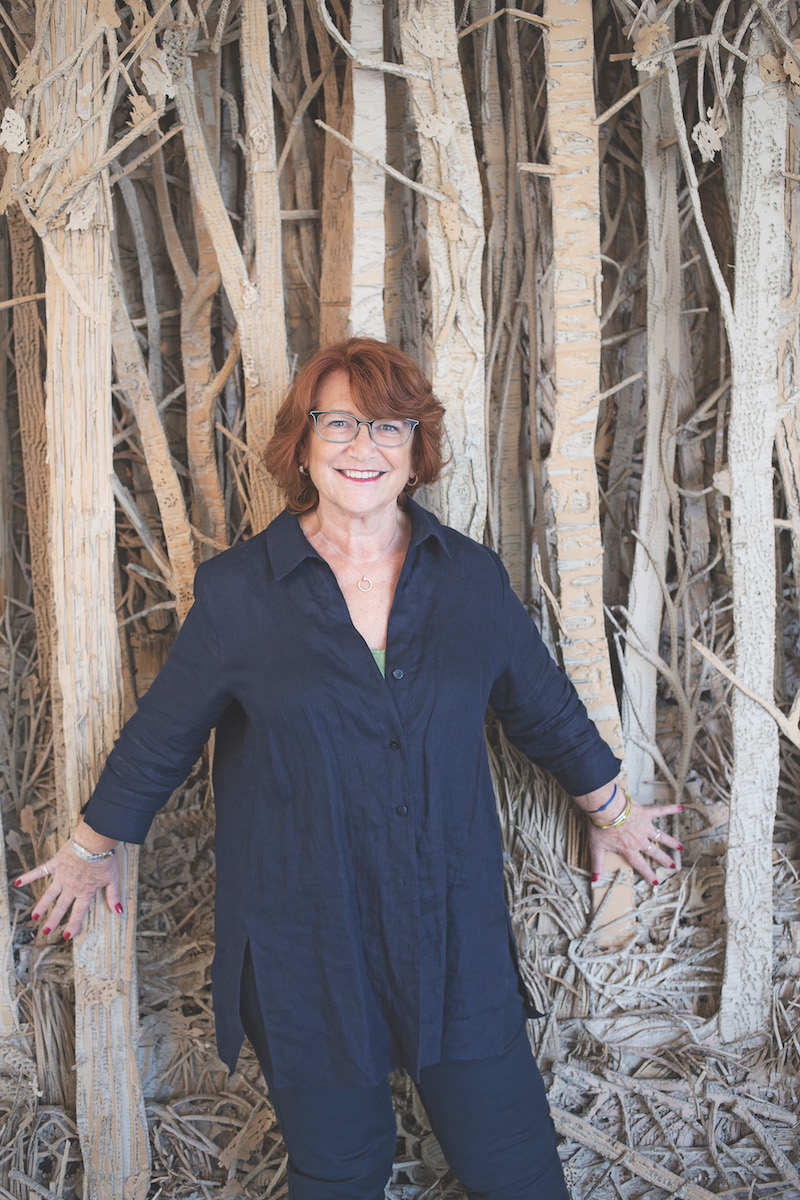 The social commitment of Raja Group reinforces the purpose our employees feel in their professional lives. In 2013, I created the program Rajapeople, which allows employees to get involved with the Raja Foundation in different ways.

An employee can choose to have their salary rounded up to the nearest euro so that the difference between this and their actual salary becomes a monthly micro donation that goes to the foundation.

They can also volunteer with the foundation, sponsor a project, or take part in events that are organised throughout the year.

The company also organises events in France and in our European subsidiaries on March 8, which is International Women’s Day, and November 25, International Day for the Elimination of Violence against Women.

Most recently, we were a partner of the first feminist eco-festival in France.

Why is the fight for women’s rights still necessary in developed regions?

Any progress made is still too slow and uneven, and political will and financial support remain inadequate. The movements launched in 2017, such as Me Too, have highlighted that the problem of violence against women remains a reality in many countries – even in France.

In 2017, one French woman was killed every 2.8 days by her partner or ex-partner, yet only a third of them were identified as victims by the police or those close to them.

In addition, the news constantly shows that many rights remain to be won and those that have been obtained are regularly challenged in an era marked by the rise of individualism, conservatism and obscurantism.

Even in France, where men and women are said to have equal rights under the law and its application, there is still a gap and the conditions for female emancipation are far from being fully acquired. 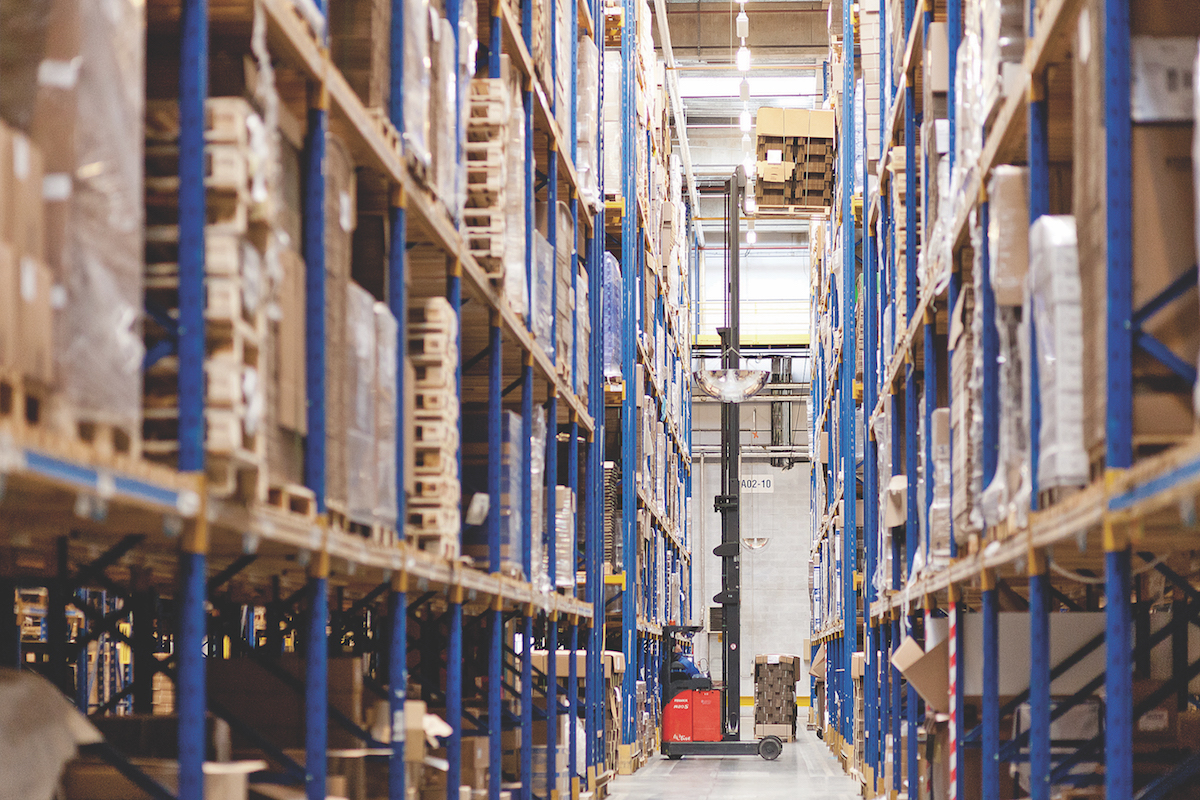 What aspects of the fight for women’s rights continue to require attention?

Today, as in 2006, when I founded the Raja Foundation, women continue to suffer discrimination and violence regardless of their age, nationality or religion. There are still women who are not allowed to drive, who are excluded from inheritance or the right to own land. Girls are deprived of education simply because of their gender and, in some regions, are still being forced into arranged marriages.

Acting to improve the status of women around the world remains a priority for me. The Raja Foundation will continue its mission to advance the rights of women in France and in all regions for the world for as long as inequalities persist.

In contrast, what are some of the changes that deserve to be lauded?

There has been some progress made and the status of women has improved in many respects in both developed and less developed countries. When my mother was young, she was not allowed to vote. When she founded Raja Group in 1954, women were still not allowed to open a bank account or practise a profession without permission from their husbands. At the beginning of my career, there was no law that guaranteed equal pay for women and men for work of equal value. Now, all these have changed.

What are your goals for the foundation in the next five years?

My ambition is to make the Raja Foundation a think tank for women’s rights. I have committed the foundation to three complementary missions – to financially support relevant projects, involve the employees of Raja Group as well as to denounce, inform and contribute to advocacy to overcome inequalities. As part of the last mission, the foundation develops women’s rights awareness programs that it shares with different audiences.

I also launched the Raja Women’s Awards in 2013 to promote and commend exemplary actions and projects taken and led by the organisations with whom the Foundation works. I aim to facilitate the exchange of experiences among all those involved in the feminist cause to improve the effectiveness of actions and to contribute to the development of everyone involved.

The Foundation will continue to support the organisations it works with and encourage our employees to get involved in its activities. I want its voice to be heard on different platforms where gender issues and women’s rights are discussed, at both national and international events.

Raising awareness of the Foundation is also a priority. It has a website (fondation-raja-marcovici.com) where we present the organisations and projects that we are supporting. Raja Group also communicates regularly with its network of suppliers, customers and other stakeholders about the foundation’s activities. 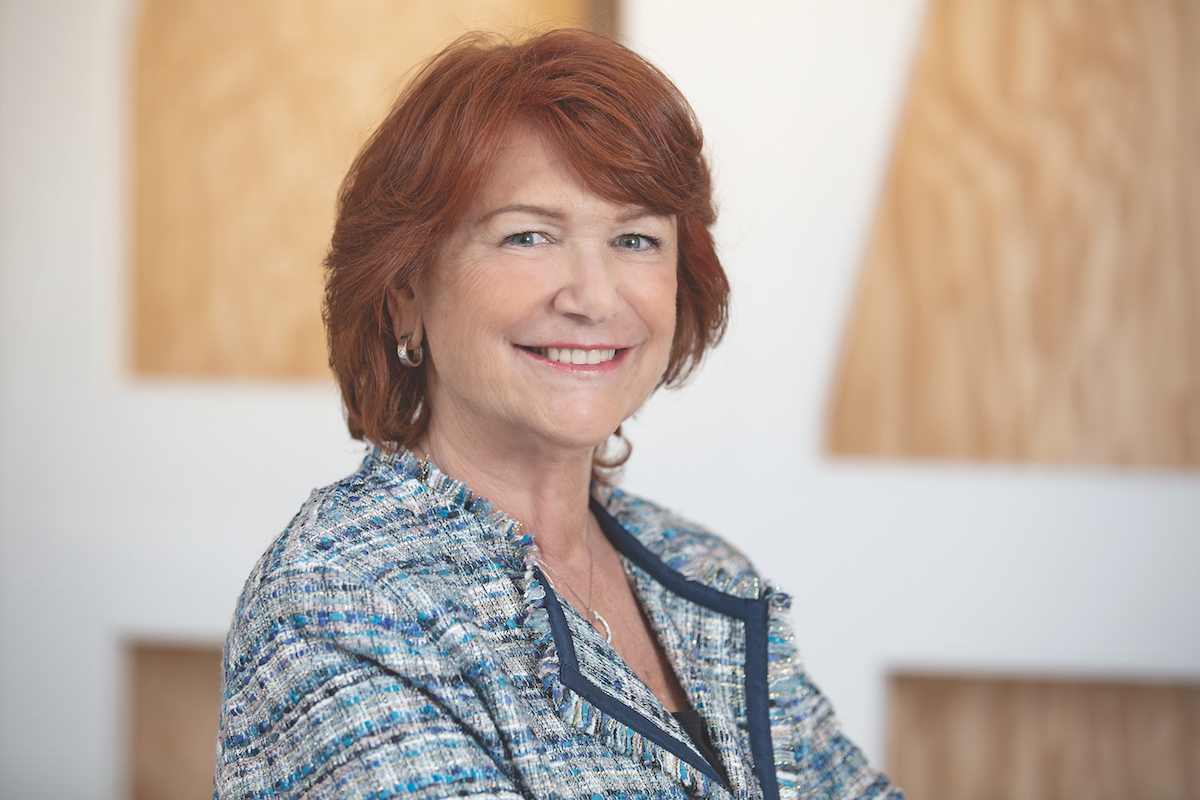 What are some of your most memorable moments with the Raja Foundation?

Every Raja Women’s Awards ceremony, where more than 400 people gather to recognise exemplary projects carried out by different organisations supported by the foundation, is emotional for me.

My visit to Northern India in 2017 with an organisation that the foundation has supported for many years is also a highlight. I was able to meet local women as well as the renowned female Indian scholar and environmental activist Vandana Shiva. 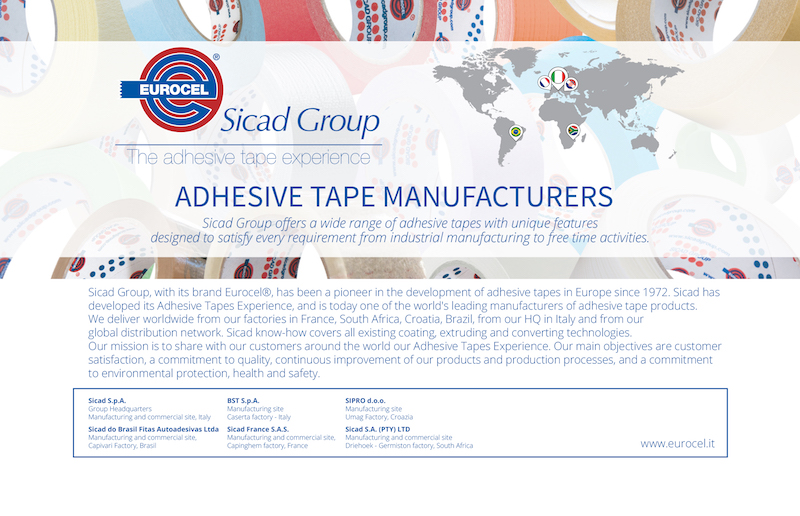 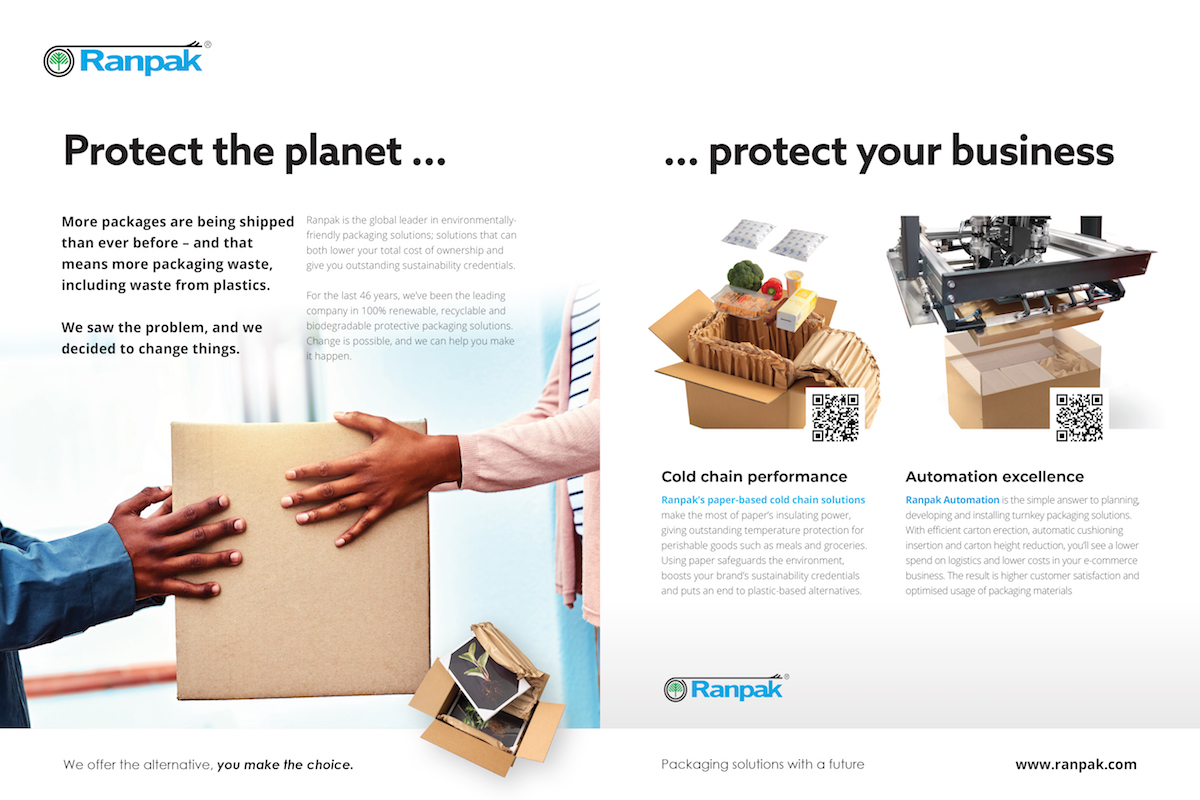 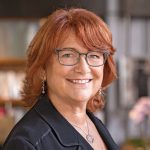