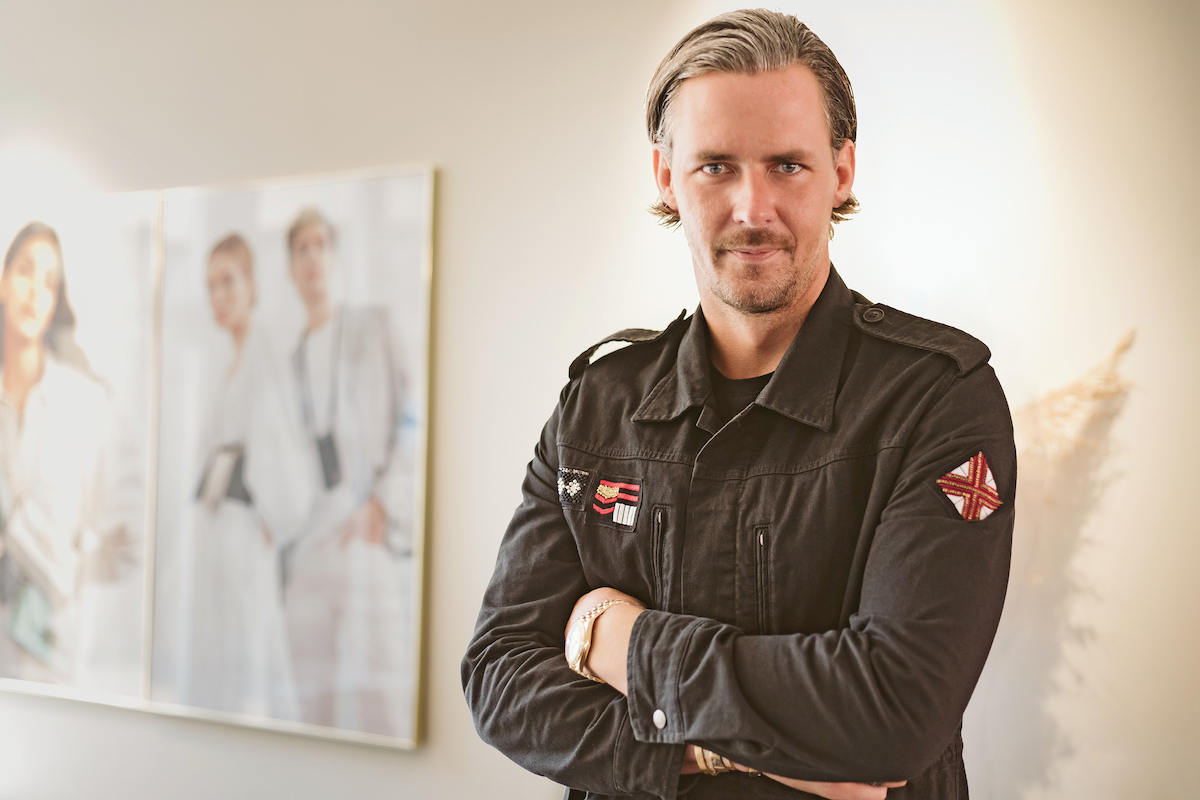 Today, Apple is a household name with approximately 1.65 billion Apple devices, such as iPhones and iPads, in active use all around the world. But once upon a time, that tech giant wasn’t so giant. Back in 1976, the company was just an idea in a Cupertino, California garage. Similarly, Swedish mobile phone accessories retailer iDeal of Sweden also got its start in a garage.

Co-Founder and CEO Joachim Angelton reveals that Apple has been a major source of inspiration for him and the development of the company. “I’m a big admirer of Steve Jobs,” he says. “In fact, iDeal of Sweden has clear connections with iPhone. iDeal of Sweden’s initials are iOS, and my daughter’s name is Siri.”

The company has been on a whirlwind growth journey of late, emerging as a world-recognised lifestyle and fashion brand as well as a leader in the ecommerce space with its range of mobile phone accessories like bags, cases and more. Case in point, iDeal of Sweden’s first year of business was in 2014, and just three short years later, its revenue shot up to SEK167 million (€16 million).

Its success makes Joachim smile as he remembers the days when the company was just starting off and he was taking phone calls in the most unusual of places and staying up late packing boxes to ship off to customers. 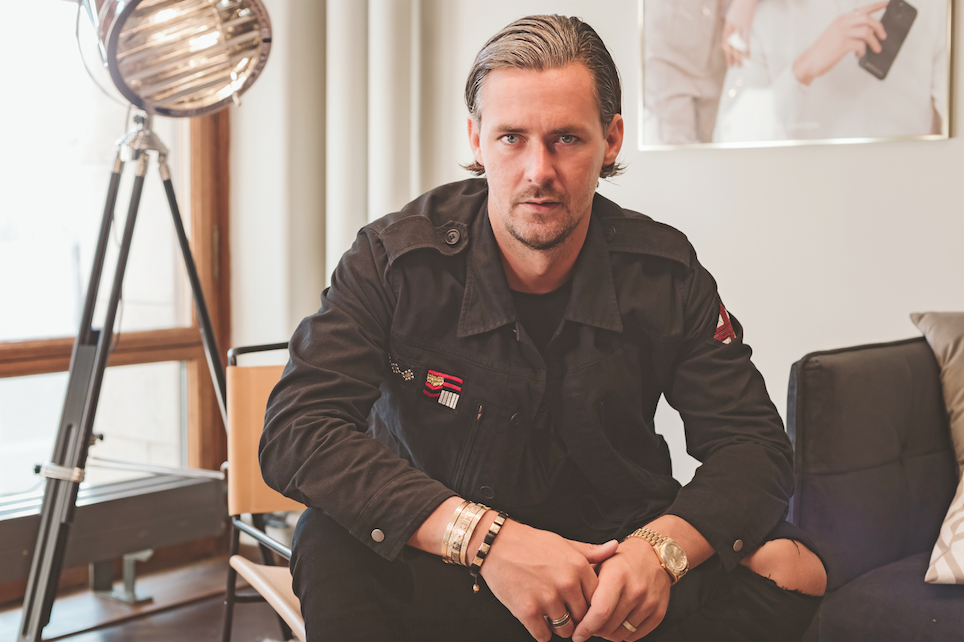 “Our first year of business was in 2014, but the idea came to us a couple of years before that,” he recalls. “My friend Filip Ummer and I started the company in my garage, and our very first recruit was actually our babysitter. We created the brand, the products and packed them for shipping at night. At that time, I also took all phone calls in the sauna because it was the only place I wouldn’t be disturbed.”

In those early days, challenges were many and although bankruptcy fears were looming, their belief in their idea and a drive to fill a need in the market kept Joachim and Filip’s passion burning strong.

“We had both worked in the telecom industry before we started the company and it was then that we saw a big gap in the market,” he says, recalling how customers used to come into the telecom operator store where he worked and leave disappointed due to the lack of options for fashionable mobile phone cases.

“We saw strong demand for beautifully designed mobile accessories. But, back then, options were very limited. You basically had black, white or clear cases and that was it. That led to us designing our first product – a fashionable phone wallet case that combined the functionality of a wallet with the protection necessary for the phone.”

While iDeal of Sweden’s first products were a bit more minimalistic in design, now its offerings, which range from chargers to cables to cases, seamlessly fuse a designer-label feel with high-tech functionality.

“iDeal of Sweden is at the intersection of fashion and technology,” Joachim says. “Everything we do is in line with the latest fashion and interior trends.”

And it’s clear that everything iDeal of Sweden is doing is working. Today, its products are sold globally, both online and in-store, in more than 70 countries. The pioneering business has also amassed several awards since its inception, earning it a spot as one of Sweden’s top 10 ecommerce companies alongside popular fashion retailer H&M.

“Over the years, we’ve received various awards for our omnichannel success. Filip and I were even named Young Entrepreneurs of the Year in Sweden,” Joachim says. “And then, in 2017, I personally received the award for Young CEO of the year at another gala in Stockholm. They are things that we’re quite proud of.”

However, he ensures the accolades don’t go to his head. The humble leader would rather the company’s recognition speaks for itself. “I truly believe in the quote that states to ‘work hard in silence and let success make all the noise,’” he says.

“Yesterday’s performance should be today’s baseline. I have a big passion for the business and its future.” During the company’s first years, Joachim shares that they focused on expansion for growth. But now, he says it’s time to shift gears. “In terms of our strategy, we have gone from expansion to penetration,” he explains.

We believe that it’s very important for an office to feel like home.

“We’re putting more focus on the markets where we’ve already established ourselves. Our biggest markets are Scandinavia and Germany, the Benelux. But our market in France is also growing quite fast. So now, we’re really looking at the Middle East, Russia and Brazil and plan to launch local websites in these areas this year.”

These are impressive ambitions, considering the world is still healing from the seemingly unending pandemic and its brutal attack. But Joachim says that, while there have been challenges, COVID-19 has also accelerated areas of the business, presenting opportunity. “The fashion industry in Europe was down 20% in 2020, and fashion accessories were down even more, like 45%,” he says.

“It was a huge drop that affected us significantly. And, as an online business, we didn’t really get the upside from the shift from offline to online. “The pandemic presented organisational challenges as well,” Joachim continues.

“When COVID-19 hit, a lot of the processes and structure within our company were not yet fully established. As we are a fast-growing company, it has really highlighted all of those gaps. But we are always aiming to improve.” That’s why the company has been recently pouring money into its ecommerce platform.

“I’m very proud of this investment,” he says. “We’ve invested about €1 million in automation and different tools that will make us much more efficient and scalable. Because before, everything was manually handled.” On the culture side of the business, iDeal of Sweden has been fortunate to have a team that’s been both strong and resilient.

“As a culture, we take to the ‘work hard, play hard’ mentality,” he says. “And during the pandemic, transparency and clear communication have been more important than ever. Finding ways to connect and inspire, which were easier when we could all be in the office together, has been key.”

Based in Norrköping, iDeal of Sweden employs about 150 people around the world, and also has offices in Stockholm, France, Japan, Australia, China, the Netherlands, the US and the UK. And Joachim believes that one of the keys to the company’s ongoing success lies in growing its team.

“We want entrepreneurial people,” he says. “So we have instituted internal learning and programs to make a sort of ideological school for entrepreneurs. We do a lot of things outside of the box like this. It’s definitely quite different to other companies.”

The business also has plans to renovate its offices in Sweden with both the health of iDeal of Sweden’s employees and the environment front of mind. “We believe that it’s very important for an office to feel like home,” he says. “At the same time, it’s vital that the energy we use is totally green. Sustainability is the foundation of everything that we do.”

Initially, sustainability wasn’t the focus, Joachim admits. But with the company’s skyrocketing growth, he quickly implemented sustainability into the strategy, beginning with iDeal of Sweden’s products. “We started to use materials that we knew were better for the environment,” he says.

“As an example, we decided not to work with real leather because the leather industry is considered one of the most damaging in the world. That’s why we use vegan leather instead. “The same goes for plastics; we choose those that have less of an impact on the planet. We are also looking into working with a Danish company that’s producing plastic in a totally different way, which could further help us to reduce our eco footprint.”

With his eyes set on the future, and while competition remains fierce, Joachim highlights the importance of staying driven. “The shift from offline to online has accelerated and competition is increasing, so we remain very much KPI-driven,” he says.

“We reinvest about 50% of our revenue from the commercial side directly back into marketing. For us, it’s important to keep in line with our KPI levels in order to continue our growth. We need to become better and faster than before.” 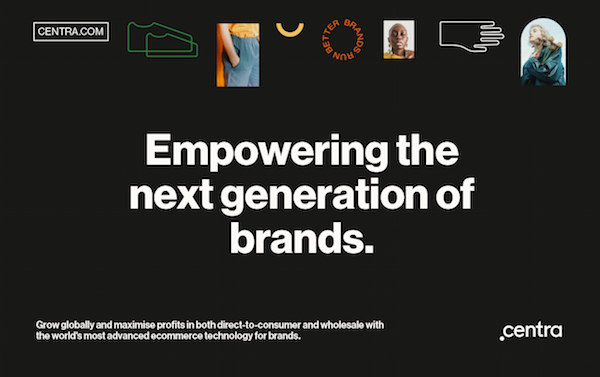