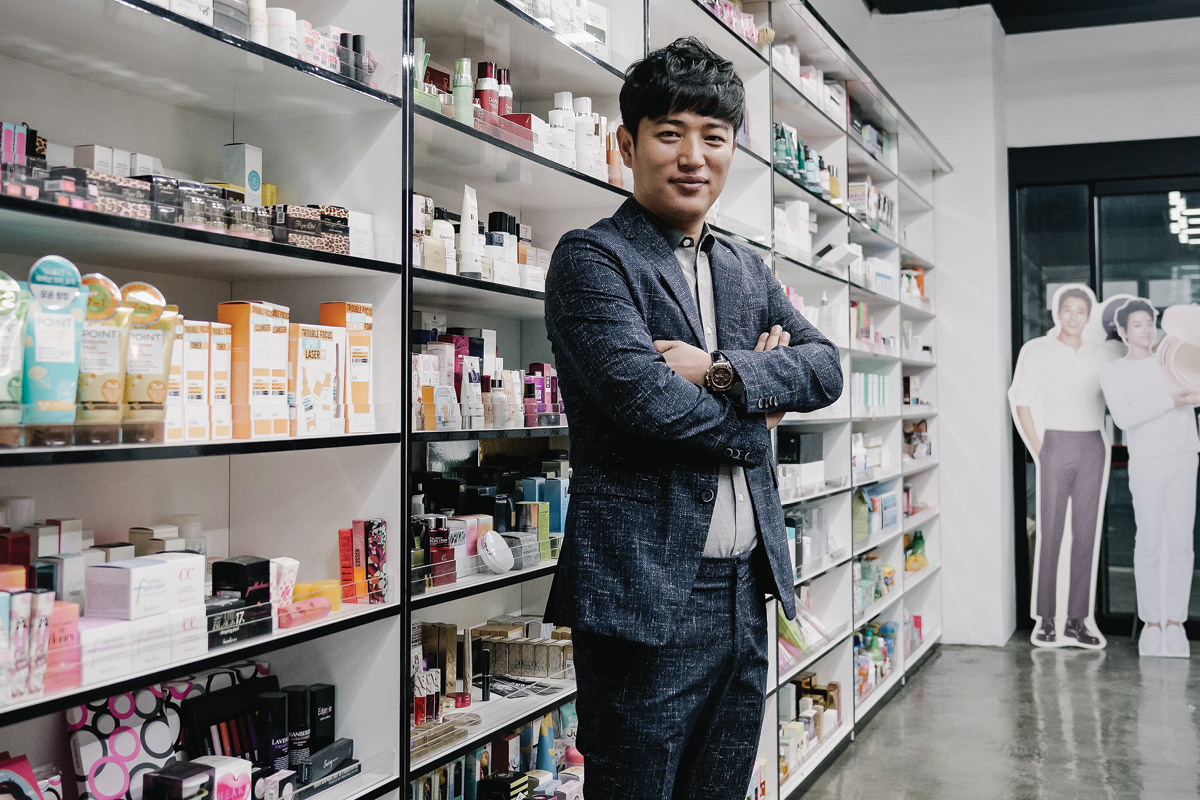 From an early age, a young Jong Soo Kim dreamed of owning his own company, an ambition the clever entrepreneur achieved when he started selling menswear in his native Korea. But he soon noticed that the customers for his crisp business shirts were predominantly women. “I realised that if I wanted to grow my business quickly, I needed to specifically target the female consumer,” he says.

As he explored potential opportunities in the retail sector, he spotted a gap in the cosmetics market. “Most of the big beauty stores were selling products, but not the tools required to apply them.” The year was 1998, and “in the blink of an eye” he had a portfolio approaching 300 retail customers. Expanding the product range to include make-up and skincare products was an obvious and natural progression. By 2005, he’d outgrown the start-up label and, drawing upon the initials of his Christian names, JS Global Corporation was born.

In its first year, it achieved export sales figures of US$2.5 million, mainly to China and Hong Kong. Today, 80% of total sales come from overseas distribution. It has no direct-to-consumer channels of its own, instead cultivating longstanding partnerships with some of the giants of ecommerce in the region, including Jumei.com, SaSa and Mannings.

What was it that drew the businessman towards cosmetics, as opposed to clothing or accessories? The answer is simple. “Frequency of purchase,” he acknowledges. “When most women purchase a handbag, a new cocktail dress, or a pair of heels, it is a long time before they feel the need to purchase the same item again.” Such decisions are often seen as investments, he says. But cosmetics, which combines an attractive price tag and breadth of range, offers a much faster purchase rotation. “Even if a woman already owns a red lipstick, there is every chance that she will walk into a beauty store and pick up an alternative in pink that she instantly wants to add to her make-up collection.”

Jong Soo is talking to The CEO Magazine from JS Global’s suitably hip corporate head office in Seoul. The walls of the meeting room are covered in display units showcasing the brands that have propelled it to the top shelf of Korea’s cosmetics distributors: from the fun, pop-art inspired BOBMIKI range to the silky facemasks and rejuvenating creams of Nine Tree – developed as a brand for OBM (Own Brand Manufacturing) in China.

The décor is industrial chic, with arcade games and a billiard table thrown in the mix. It wouldn’t be out of place in Silicon Valley. But then again, Korea is currently the source of inspiration for hordes of trendy young things around the globe – especially its beauty industry.

South Korean skincare, popularly known by blanket term K-Beauty, is a big industry. In 2016, sales in the US were a reported US$225 million, a 30% increase on the previous year. For Jong Soo, it’s easy to identify what has made K-Beauty such a growth industry worldwide: the ingredients in the products. “They are the real thing,” he continues. “Once people have used the products themselves, they don’t stop. And that really catapulted Korean cosmetics onto the world stage.” 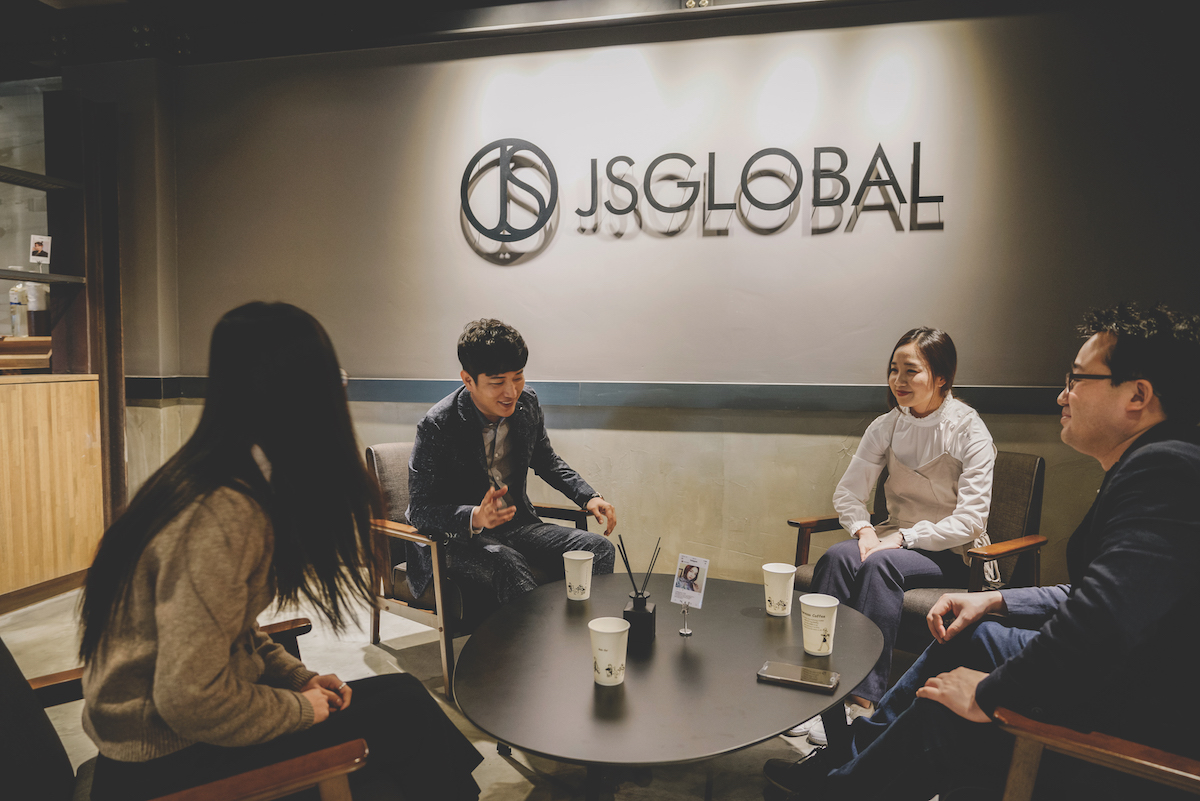 Much of this popularity has been driven by porcelain-skinned influencers with millions of social media followers on platforms such as Weibo and WeChat. For Jong Soo, aligning the company with this new breed of internet celebrity has been an important part of his strategy, especially in China, its most important market.

“Some of these online personalities are more famous and popular than actresses and singers. They’re showing their followers what to eat, where to go and how to dress. That’s a real marketing tool.”

We now make use of all forms of media to demonstrate to our customers how our products look and how to use them.

Currently, he says, the company is working with around 50 celebrities, each with an average of 2 to 3 million followers. Until recently, the focus has been on building relationships with Chinese online star Wang Hong; however, the scope has now extended to influencers in the US and Europe as it looks to capitalise on the K-Beauty explosion in new markets.

Korea is the world’s fourth-largest cosmetics exporter after France, the US and Germany. In 2016, it exported more than US$3.45 billion worth of cosmetics goods, a 40% increase on 2015, according to figures released by the Korea Customs Service.

Jong Soo admits that, back in 2005, he met his fair share of critics when he first made connections in the online world. “Many people believed the cosmetics business wouldn’t [or] couldn’t succeed online,” he says. Yet, the sway these influencers exert dispels any argument that consumers need to touch cosmetics before deciding to make the purchase.

Live broadcasts serve as online tutorials to introduce each new product in real time. “We now make use of all forms of media to demonstrate to our customers how our products look and how to use them. It gives that real feeling, as if they are seeing the products in person,” he explains.

Unsurprisingly, he acknowledges that digitally fluent millennials are the company’s target audience and that the opportunity is there to convert them into lifelong customers – along with their successors, gen Z, and all who follow after. It’s another winning formula from one of Korea’s beauty kings.