Leader of the pack: Kaufland Poland 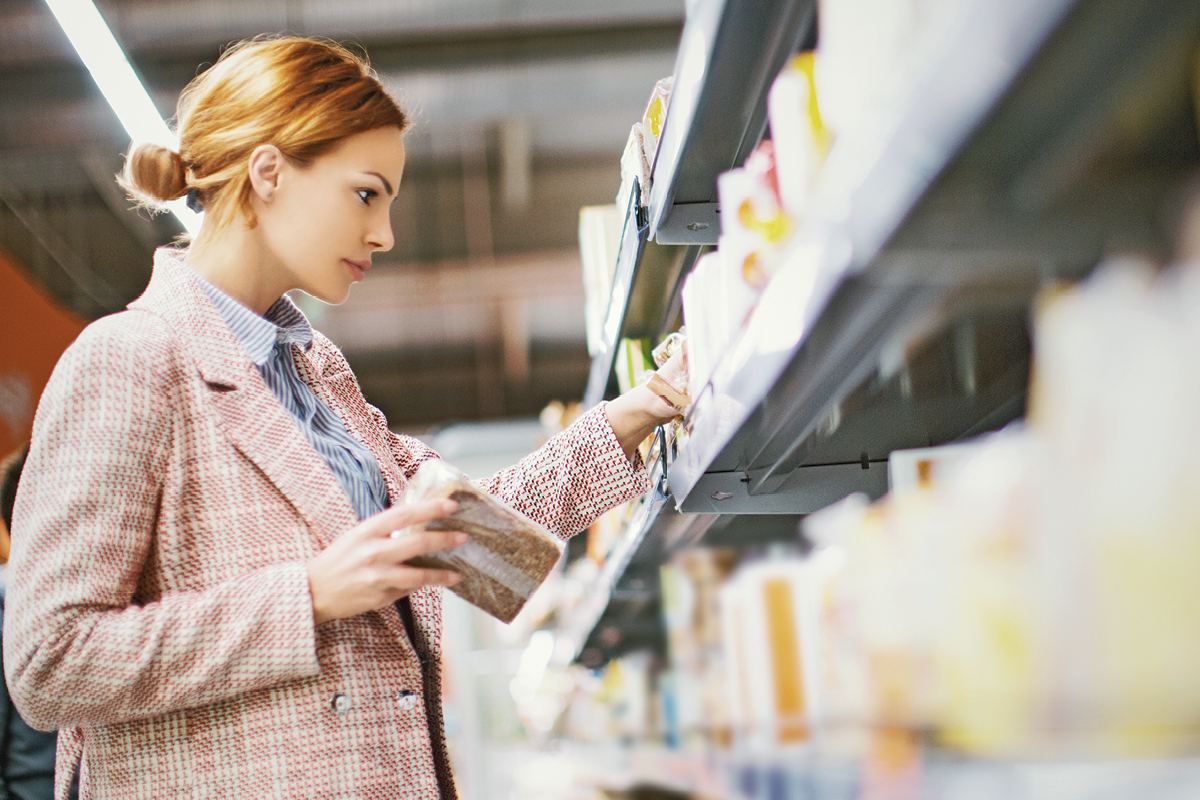 The motto that greets visitors arriving at the headquarters of Kaufland Poland (Kaufland) in Wroclaw’s Krzyki district is to the point,“If you stop improving, you stop being good”. The German supermarket chain’s Polish arm isn’t the only subsidiary to have adopted the saying either.

In fact, these eight words echo through every aisle of Kaufland’s 1,300 stores across Europe; from the first store to ever open in the German city of Neckarsulm in 1984 to the most recent additions: two locations in Chisinau, the capital city of Moldova.

In the years between, stores have been built in the Czech Republic, Romania, Slovakia, Bulgaria and Poland, where the brand arrived in 2001. Today Poland is one of the most important markets for the whole company, which is owned by the world’s fourth-largest retailer, Schwarz Group.

With 219 stores and over 15,000 employees, its growth in the country is showing no signs of slowing down; in February this year, it announced the takeover of three former Tesco branches in Warsaw, Gdansk and Krakow as the British supermarket restructures its Polish operations.

A further four ex-Tesco conversions are expected to be completed in the near future. In a crowded market, where international names such as Spar, Carrefour and ALDI jostle with home-grown chains for market share, four special values separate Kaufland from its competition: quality, price, choice and simplicity.

It’s these distinguishing features that are at the core of the company and allow it to offer its customers a large choice of 15,000 products at discounted prices.

To ensure it stays relevant and competitive in a changing retail environment, the company, led by President Gunnar Günther, has implemented a strategy of upgrading its existing stores.

No aspect of improving the customer experience has been overlooked. Another important element of the strategy has been the introduction of a number of own-brand labels such as personal care brand Bevola; Kuniboo and Hip & Hopps, two clothing labels for babies and children; and the Kidland range of children’s toys.

In 2019, it unveiled its private label clothing for both men and women and a new range of own-brand household goods, SWITCH ON. Other private labels include the K range, within which there’s the gluten- and lactose-free K-free range; K-to-go convenience range; and organic brand K-Bio.

Along with groceries, fresh produce – fruit and vegetables, meat, fish, cheese and baked goods – is a very important part of the product selection and an area where the Polish subsidiary has the leading edge. The promotion of a short supply chain is especially important.

Along with enlarging its selection of locally sourced meat bearing the QAFP (Quality Assurance for Food Products) logo, an industry designation that covers the chain of production from field to table, the company works with more than 400 local suppliers to ensure the continued supply of both fresh and regional products.

Earlier this year, a new platform was implemented called Regional Kaufland. The project enables local producers to apply to have their products stocked in Kaufland stores across the country.

“Customers are eager to buy local products because they know that they deliver great quality and allow you to prepare traditional recipes. Thanks to the Regional Kaufland initiative, visitors to our stores will have access to new products, and producers and suppliers will have the opportunity to increase sales and attract more dedicated consumers,” Kaufland’s Director of Corporate Communication, Maja Szewczyk commented in a statement to the press.

Kaufland is a subsidiary of Schwarz Group, a private family-owned German retail group and the world’s fourth-largest retailer. Schwarz, who also owns global discount supermarket chain Lidl, operates around 12,000 stores in 30 countries and employs over 400,000 people. The Lidl & Schwarz wholesale fruit chain was founded in 1930 by businessman Josef Schwarz, who merged with Lidl’s company. Josef soon turned the fruit-selling business into a grocery wholesaler. After Josef’s sudden death in 1977, his son Dieter took over the company. The first Lidl store opened in Ludwigshafen in 1973, with the hypermarket chain Kaufland entering the market in Neckarsulm in 1984 and building to 1,000 stores by 2011. 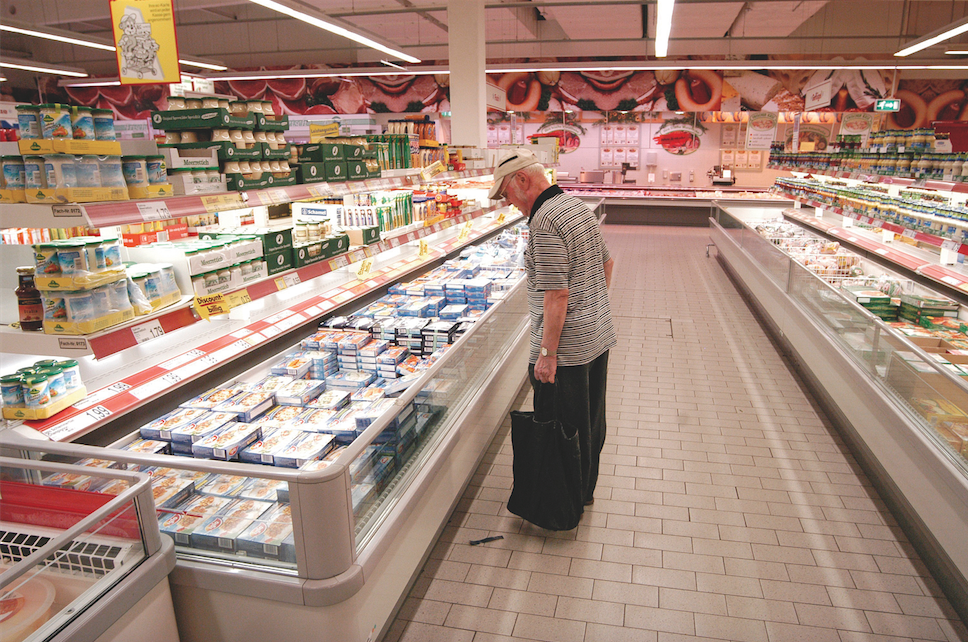 Using Kaufland’s private label products wherever possible, the chef has created an array of recipes that are available online, part of a package that includes both text and video assets. No stranger to the power of social media, with active Facebook, YouTube, Instagram and LinkedIn accounts, the company has even organised live streaming on its Facebook page, so fans can in real-time choose the type of dish the chef cooks or the sort of ingredients that are used.

Along with its regular special offers and promotions, Kaufland offers its customers value for money through Payback, a multi-partner loyalty program that offers access to special discounts, coupons and prizes from the supermarket itself and 300 partner vendors.

Other ways it enhances the customer experience is via the self-service check-outs that first appeared in 2016 to exist alongside, rather than supersede, the more traditional check-out experience.

More recent innovations include the Kaufland Click & Collect app, which, at three particular locations (Bydgoszcz, Gliwice and Wroclaw), allows customers to complete their shopping online before coming to collect instore.

The DHL handling service that was introduced in April 2019 is another initiative designed to meet the changing needs of Kaufland’s customers. From an early launch in 30 stores, today more than 130 of its stores across the country have the capacity to send and receive DHL parcels.

Currently, the company handles 1,600 DHL shipments per week. “With our customers’ needs in mind, we make sure that they find everything they need in one Kaufland store under one roof.

During the coronavirus pandemic, Kaufland partnered with the Szkola Na Widelcu Foundation to donate groceries to disadvantaged families. More than 500 people in the Warsaw area benefited from the Good Package project, including children who relied upon their school lunch for a hot meal. “We are aware that there are many people for whom buying basic food products has become a logistical and financial challenge. That is why we decided to support the Good Package project and help those in need,” commented Agnieszka Kotlinska, CSR expert at Kaufland Poland, in a press release. A donation of PLN1 million (€224,000) was also made to the Polish Ministry of Health to purchase testing kits and other specialist diagnostic treatment to fight the virus. Some of the measures the company took to protect its customers and employees during the outbreak included the installation of plexiglass windows and the distribution of face shields, as well as the regular disinfecting of surfaces and instore reminders of correct social distancing measures. Priority payment lanes were also allocated to at-risk elderly customers.

An example of this is the service of sending and receiving courier parcels, which can be used when shopping at the supermarket. Customers value this solution because it’s convenient and saves them time, and its growing popularity is the best proof of the importance of multifunctionality of commercial facilities,” Maja commented in a June 2020 press release.

As it is for most companies, social responsibility is also an essential part of the business. But what does that actually look like at Kaufland? In terms of product selection, it’s a commitment to an increasing range of organic and fair-trade products (including organic cotton in the manufacture of its own-label clothing), high-quality regional products and environmentally friendly cleaning products.

With our customers’ needs in mind, we make sure that they find everything they need in one kaufland store under one roof.

Animal welfare and protecting the oceans is also a priority; Kaufland’s range of fish and seafood products bear the MSC (Marine Stewardship Council) tick of approval, plus it is a fur-free retailer and has made a commitment to contributing to the elimination of poor animal breeding conditions.

A pledge has also been made to reduce the amount of waste and, as a result, all fresh products are transported in re-usable packaging. In line with its parent company Schwarz Group’s REset plastic strategy, Kaufland has targeted a 20% reduction of plastic consumption by 2025, and the production of fully recyclable own brand packaging.

Its commitment to the environment extends beyond its product range, however. Some of the smart energyefficient initiatives include using recovered refrigeration heat to warm its stores, drawing upon technology that boosts energy efficiency while reducing carbon dioxide emissions.

This system of repurposed waste heat is suitable for both city locations and those larger surfaces on the edge of the city. In recognition of its efforts to reduce the use of fossil fuels, the company has been recognised with ISO 50001 certification.

At the time of writing, the company was working on the development of its own network of electric car charging stations. Three stores (in Poznan, Szczecin and Zielona Gora) are early sites for the installation and the company hopes to open several more between now and March 2021. 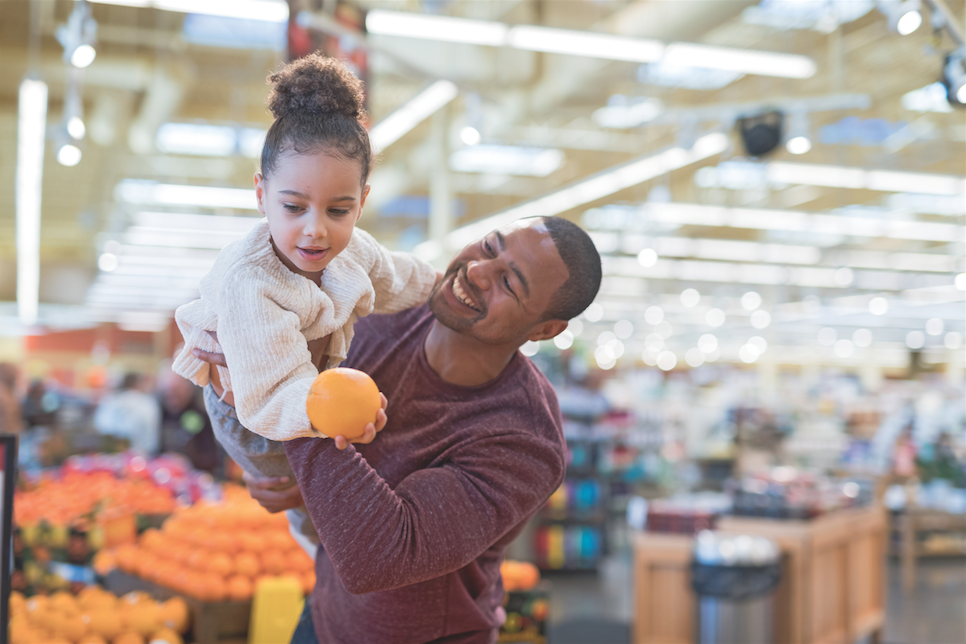 Kaufland is also a recent signatory of the United Nations Global Compact voluntary initiative, which is a declaration of its commitment as a responsible business to the Sustainable Development Goals.

“The reconciliation of economic, ecological and social interests is a fundamental principle of our company. The signing of the world’s most important and largest agreement for responsible business proves this once again,” commented President Gunnar Günther in a press release.

Kaufland supports SOS Children’s Villages, a global organisation promising that no child will grow up alone. Headquartered in Austria, this independent, not-for-profit international humanitarian federation provides for orphaned and at-risk children who can no longer live with their families as a result of parental health issues, family violence, alcohol and drug abuse, neglect and abandonment. Philanthropist Hermann Gmeiner founded SOS Children’s Villages in 1949; the organisation is active in around 135 countries, including Poland, where it started working with children in 1983.

For the fourth year running, Kaufland has been labelled a Top Employer Poland 2020 as well as a Top Employer Europe 2020. The company understands that it’s the people that make all the difference and rewards its employees for working hard with incentives such as international career progression opportunities.

Already, women hold over half of the company’s managerial positions and, in June 2020, it signed the Diversity Charter backed by the European Union, pledging equal opportunity and diversity in the workplace.

The company is also recognised as one of the friendliest in Poland with the receipt of the Service Quality Star 2019 award, a consumer-voted title that it has held since 2014. It’s just one of the awards in a crowded trophy cabinet; other recent accolades received by Kaufland include Good Brand 2019, Consumer Laurel 2019 and Superbrands 2018. 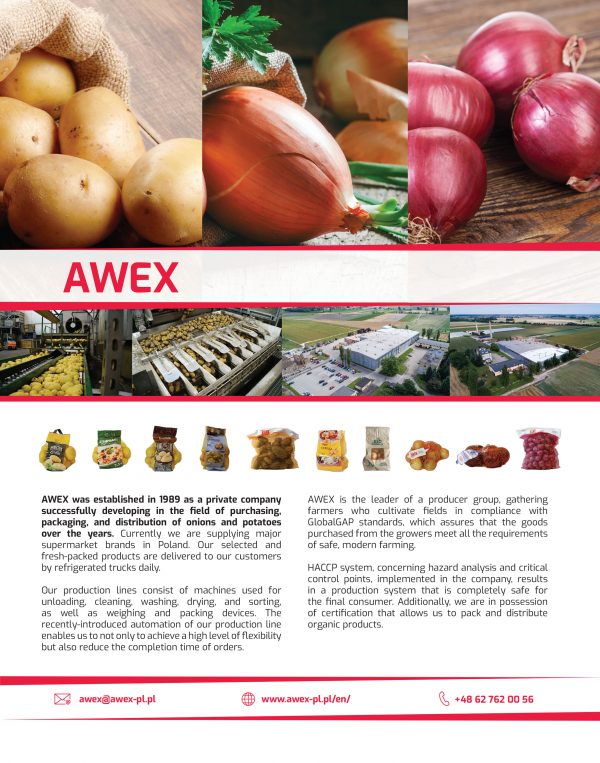 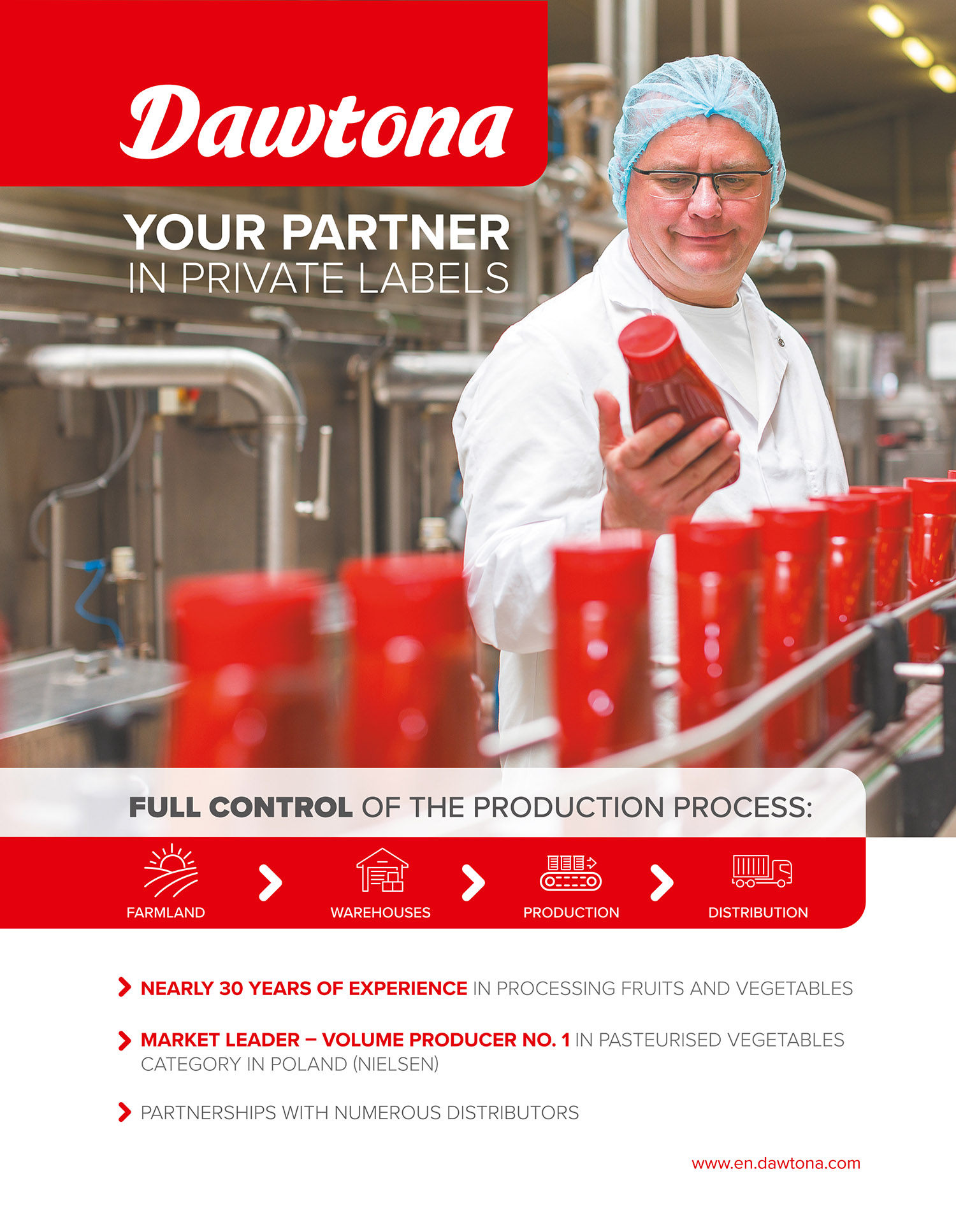 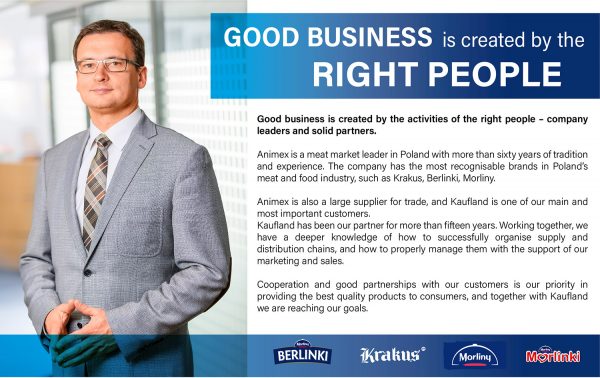