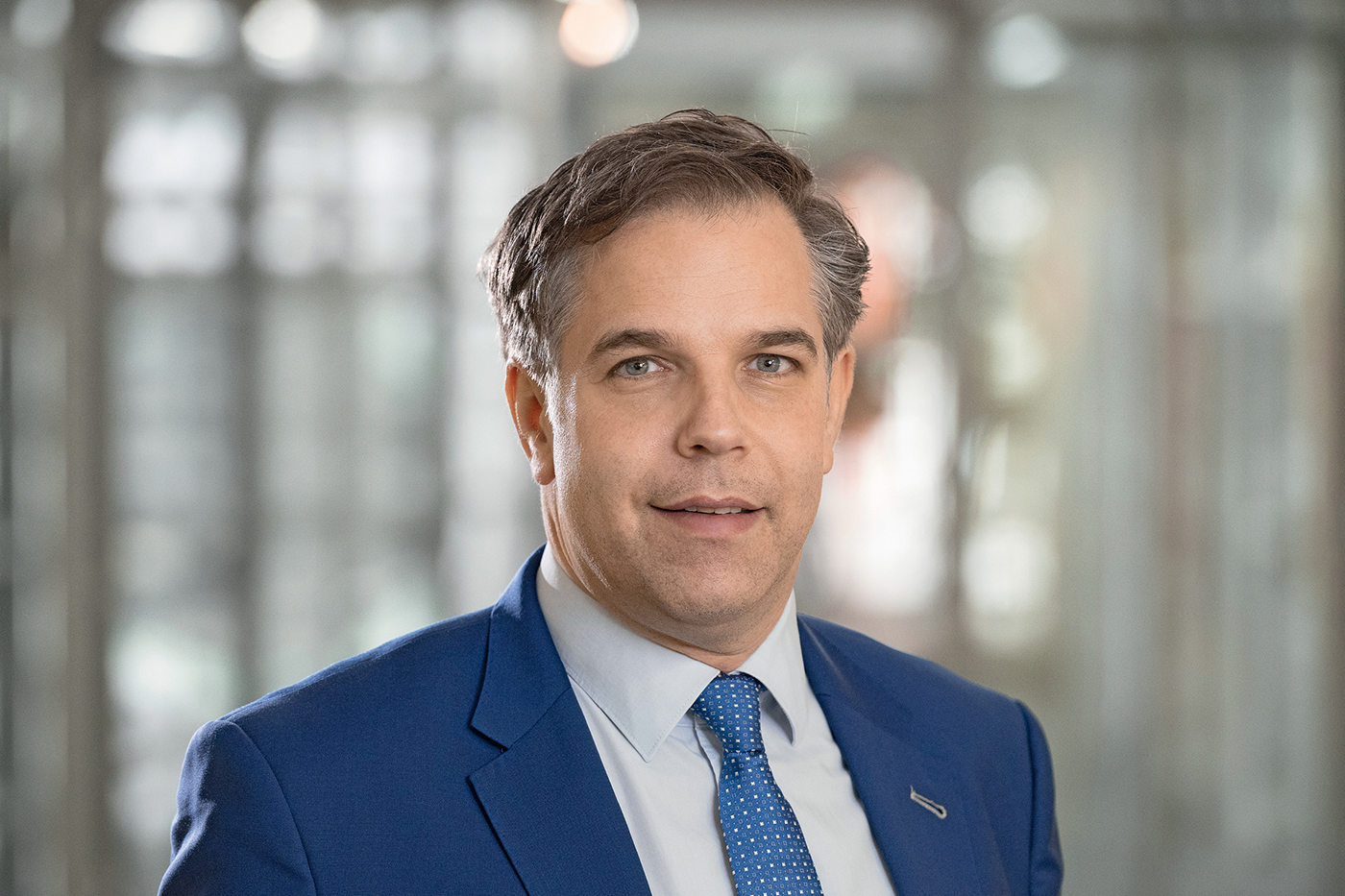 With revenues of more than €14 billion last year and nearly 80,000 employees, Würth Group has a sizable global footprint and is market leader in its core business. In its core business, the Würth-Line, the German wholesaler, sells fasteners, screws, tools, chemical products, protection equipment and a wide range of other construction products, operating in more than 80 countries.

Despite that impressive reach, Senior Vice President Markus Sattler still sees the company as a small player in Southeast Europe, the region he covers. “We still have a very small market share in my region.

I assume – and this is more a gut feeling – that we have between three and 5% of market share in this whole region, perhaps even just 2 to 3%, so we are very small,” he points out.

“There is still a lot of potential to grow.” That growth will be supported by bringing in highly skilled people to help the company advance its multichannel sales strategy.

While it is largely a matter of sticking to the basics using its existing army of sales representatives, which the company describes as its “heart and soul”, to reach customers directly, it’s also about combining intelligently with ebusiness, telesales and stationary channels.

You need to give entrepreneurs the freedom to find their way to the solution you want.

“It’s not about saying, ‘OK, we’re going to go in this new product area’ or ‘we’ll develop this new technology’,” Markus says. “No, we are a wholesale company and at the end of the day, we need to serve our customers the best way we can.

We need to convince more of them. There are still plenty of them out there who are not buying from us.” For Markus, who took on his current role early last year, achieving future growth is about a shift in mindset, ensuring that everyone understands and believes in the company’s high ambitions, and that this is supported by clear plans for execution.

“In the end, we need to do the same thing we’re doing already but with even more professionalism and clear follow-up mechanisms, with greater consequence,” he says.

Würth, headquartered in Künzelsau, Germany, was founded in 1945 as a private family company and remains one to this day. It has 3.9 million global customers, from small craft enterprises to international businesses on five continents. 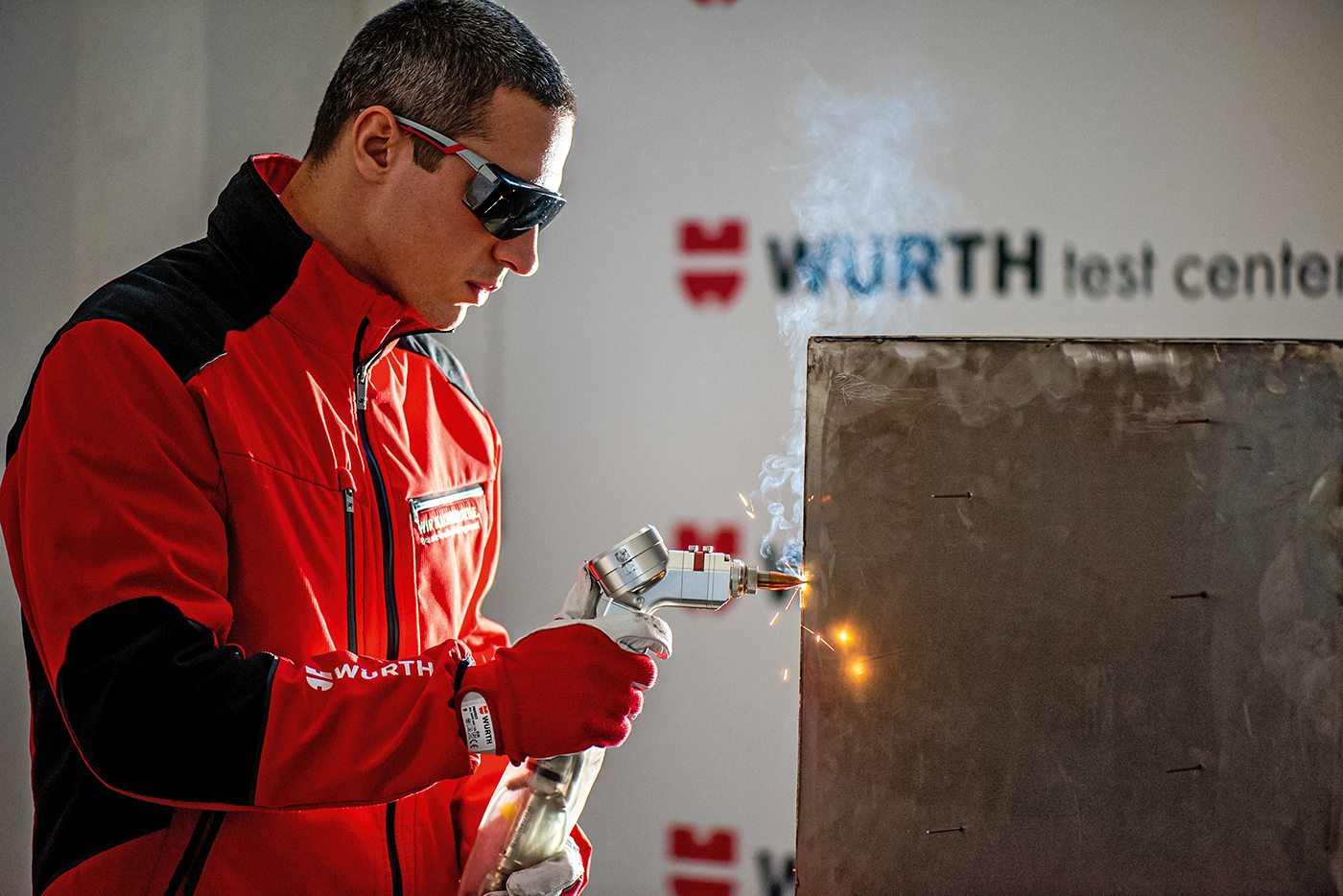 Among the more eye-catching products the company offers are large steered laser and plasma welding machines available to customers in Serbia.

“Really big ones, like large rooms where you can produce really big parts out of steel plates,” Markus shares. “I didn’t know that we did that before I joined, and I was quite impressed that we have the capability and that we also have customers in the craft business who are buying that.”

Being a family business allows Würth to focus on its long-term goals and not be swayed by short- or medium-term market swings. “The greatest advantage is that we can stay on a defined strategic path for the long-term and through difficult times.

We are a wholesale company and at the end of the day, we need to serve our customers the best way we can.

“We are not dependent on any quarterly results that we need to publish, which would somehow then need to change our operational tactics or our strategic plan. Here, we have a sustainable way of working, of achieving targets, of achieving strategies. It’s not changing every year or even every quarter.”

One of Würth’s main competitive advantages is the close bond its sales staff have formed with customers. Sales reps intimately understand the processes and needs of their customers and stay in regular contact with them, reaching out at least once a week.

“We understand what their problems are in their daily work, and we have a fitting product for that,” Markus says. “We offer the best quality you can find in the market for the problems they have, so there is this combination of having an extreme closeness to the customer and also the right products to help them and ease their daily work.”

However, sales reps do more than just talk shop. “These relationships are such that with a lot of customers, they’re not only talking about the products they want, they’re also exchanging stories about their personal lives because they’ve known each other for years. It’s really deep how they interact with them,” Markus reveals. 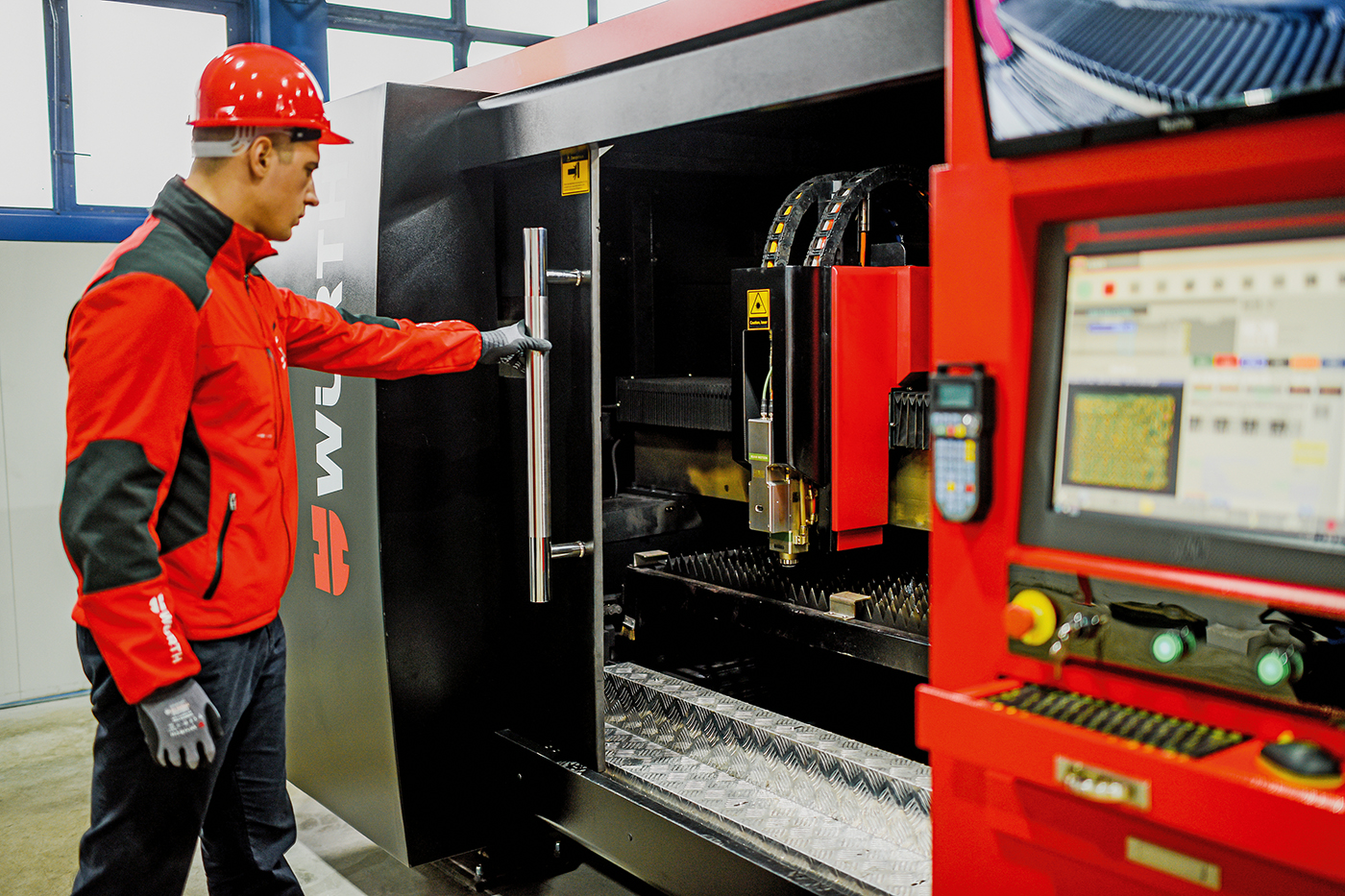 While they are building that foundation of trust with customers, Würth’s sales reps also benefit from advances in data science. “Sales is getting more fact- and data-based,” he says.

“It’s not only about gut feeling as it was 10 or 15 years ago, when you went to your customer and tried to understand what they could buy. We have a lot of system support now for our sales reps. This system-based selling approach has increased our reps’ general productivity by 20%.”

As a wholesaler, the company does not traditionally make its own products, but its unique understanding of the needs of customers has led to the development of in-house Würth power tools. Until recently, the Würth Group had bought power tools from other suppliers and sold them under its brand name.

But its own model is based on unique specifications derived from the company’s intimate knowledge of the needs of builders and craftspeople. “We have extremely good know-how when it comes to what the craftspeople require, what their specifications are,” Markus asserts. “We can define details so our products fit perfectly.

A little more than a year into his role, one lesson Markus has brought to the company that he has found helpful is the importance of granting his employees in the countries for which he is responsible the creative freedom they need to explore ideas. 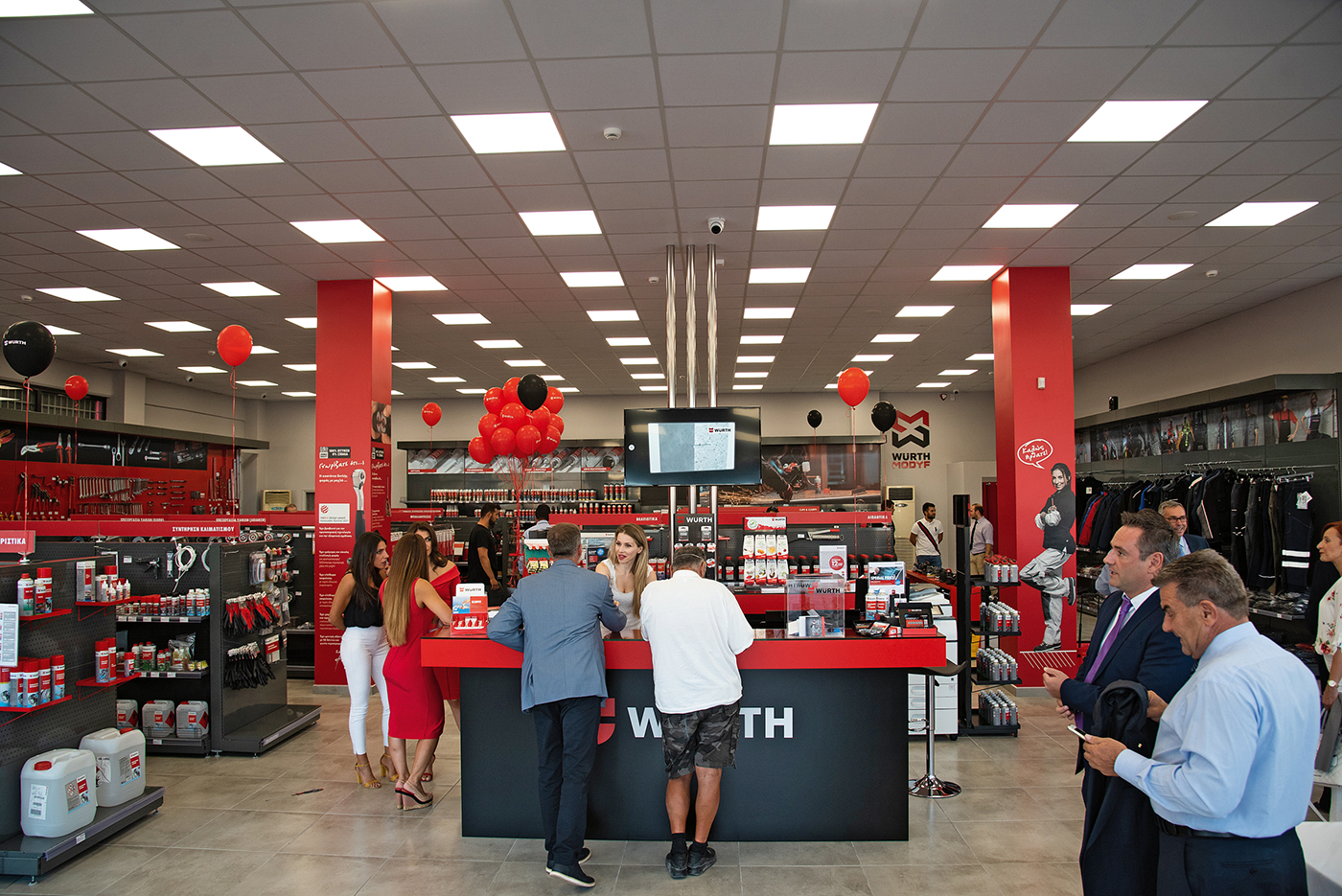 While working for the consulting firm McKinsey, he used to draw up extremely detailed plans with long checklists that he asked his colleagues to consult throughout the implementation of a project. “I used to have a lot of these to-do lists, which I shared, and I followed up on,” he recalls.

“What I learned is that if you steer an entrepreneur in one direction, you completely destroy entrepreneurship. You’re putting all your thinking into something and you’re not allowing the team to think anymore. You need to give entrepreneurs the freedom to find their way to the solution you want.”

Today, he just creates a “top level” to-do list, outlining where the management teams of the country organisations need to go, but leaving out many of the details of how to get there.

“It’s amazing what I learned out of that, because this was something I really struggled with in the past, and which also somehow stopped projects or made them unsuccessful. I’ve changed this behaviour massively within Würth and I see how successful it is.”

Markus became Senior Vice President just as the COVID-19 pandemic was beginning last year. This presented a huge challenge for a role that is defined by personal interactions and forging bonds.

“Trust is extremely important and to build it, you need to see people,” Markus confirms. “If you’ve been in a job for five, six, 10 years and you’ve travelled, then it’s not an issue. But as I started in a situation where I needed to build this trust, it was challenging.”

The pandemic has had some silver linings, though. The first was that Markus and his colleagues came to appreciate that phone calls could be just as effective for making sales as in-person visits, something that before last year few people in the company would have believed. That has presented an opportunity to improve profitability by reducing travel.

“I thought we were going to lose some sales when we moved completely to calling our customers, but it was not the case. This is very positive, and for sure it’s something that we’re going to keep on doing,” he assures.

It was also an opportunity to think more deeply about a multichannel approach, giving Markus the ability to push his local managing directors to go faster in opening e-shops and pursuing more online sales.

That was despite the fact that Würth’s own stores were allowed to stay open during lockdowns because its products were considered essential. “Some might think it was expensive to have your own retail shops around that time, but no, it wasn’t,” he says. “It was a vital unit in our set-up and sustained our growth.” 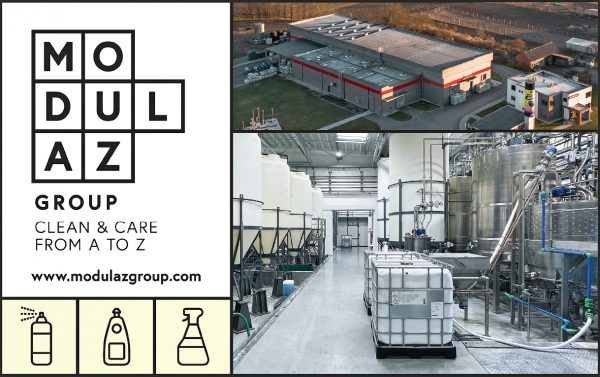 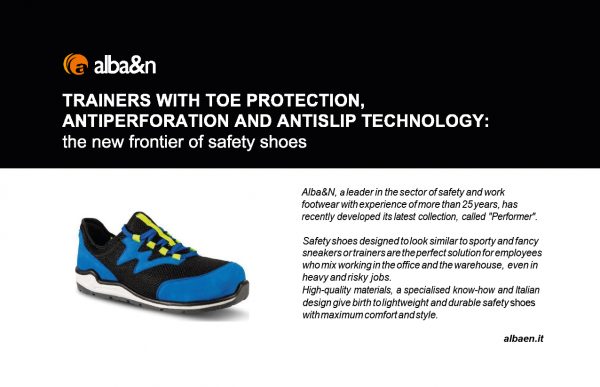 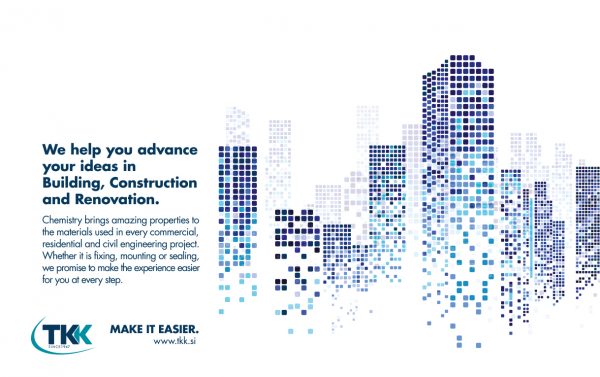 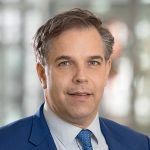