Made to order: Nagender Arya 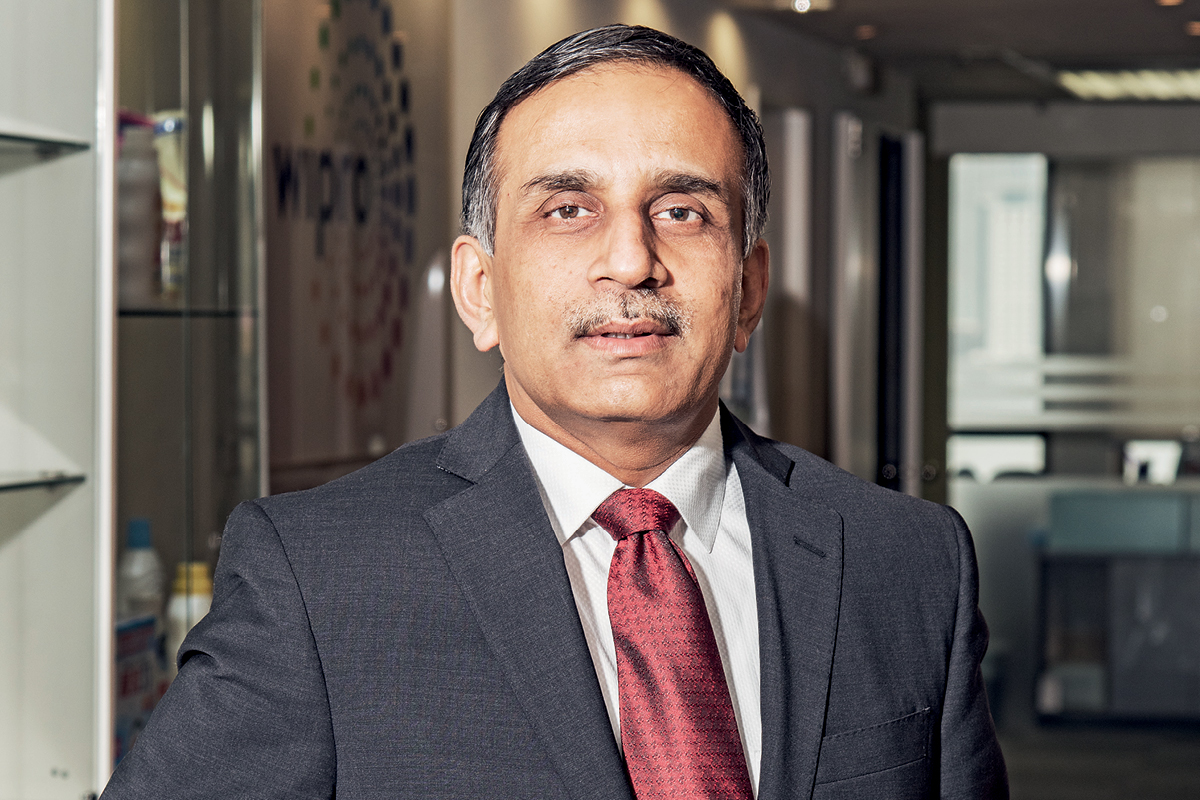 Nagender Arya, Wipro Consumer Care’s Regional Director, finds it hard to pick just one personal favourite from his company’s range of products. With a reputation for localising its brands for individual markets, Nagender’s profile as an athletic professional means that he’s spoilt for choice when it comes to picking the products he loves the most.

“Well, there’s Romano – a premium range of men’s hygiene and toiletry products,” he says. “I love that shampoo. Then there’s Yardley, which is an English brand that we acquired. There’s a fragrance in that line that I like a lot. And then I’d have to mention Bio-essence, which is great for when I go for a run and need to freshen up afterwards.”

The scope and variety of products that it offers is an integral element of Wipro’s strategy. With a range of 24 brands, including Enchanteur, Safi, Eversoft, Vitalis and Vigor, Wipro Consumer Care tailors its branding to individual markets, selling to more than a quarter of a million stores in South-East Asia and Greater China alone.

It’s a breadth of distribution and success that can be attributed to a persistent localisation strategy, ensuring that consumers in all religious, cultural and ethnic markets are catered to appropriately. Overseeing the diverse and expansive East Asia region, Nagender is well-suited to leading the consumer products business.

Born and raised in Delhi, India, as a child he was interested in physics and chemistry. “There were a lot of opportunities available to me. I chose instead to engage in social and community activities, organising festivals and exhibitions, and that felt right to me.”

His work in the community inspired him to study an MBA in Mumbai and eventually to develop an interest in consumer goods. “With consumer goods, I could touch the lives of millions. I could communicate with people and understand what they needed. It was fascinating to me and I felt like that was what I wanted to do.”

Nagender first got his chance to work in the industry while studying at university when Wipro brought its hiring efforts to campuses across India. “That was in 1991. I’ve been with the company ever since.” Nagender admits that his tenure has surprised even him.

“I remember thinking when I joined, maybe I’ll be here for a year or two, get bored and look for something else. I guess you could say I never got bored.”

He says he stayed with Wipro because he felt he could make an impact on the company’s growth and direction. “The company had a small presence in India but a lot of potential. I thought it would be an exciting challenge to join such an organisation, rather than one where things were already established.” Beginning in sales in rural India, Nagender was eventually promoted to area manager for the state of Uttar Pradesh, overseeing a population of more than 200 million, before moving on to managing the Eastern zone. “I liked the challenge of it all; there was that opportunity to really make an impact. I did that for about a decade, gaining experience across a varied geographic landscape.”

In 2000, Nagender moved to Wipro Consumer Care’s head office in Bangalore, where he gained cross-functional experience in HR and also became a black belt in Six Sigma methodology.

He moved back into marketing and was given charge of mergers and acquisitions in 2002. “Typically, this was a role that someone in finance oversaw but I was familiar with consumer goods business in India and knew I was up to the challenge.”

Between 2002 and 2016, the company made 10 acquisitions, which demanded his total attention. “Until 2007, we mostly focused on the Indian market, but we received clearance from our board to evaluate international markets and we started moving into the markets in South-East Asia. Let me tell you, it’s a full-time task and when you begin to look internationally, it becomes that much more intensive.”

Before 2002, Wipro Consumer Care was a business with a turnover of US$70 million, mainly focused on the Indian market. “Things have changed quite dramatically since then; more than 90% of our revenue used to come exclusively from India but now it’s about 50%.”

Wipro’s continuing growth has hinged on a healthy mix of organic and inorganic growth over the past 16 years as, Nagender says, they allow the company to move into newer markets and work with locals to provide tailored product solutions.

From that background in acquisitions, Nagender now oversees the East Asia region, which encompasses China, Vietnam, Taiwan and Hong Kong, as well as large swathes of the African and European region. That’s dictated by an internal belief that if you acquire a brand, then logically you should oversee its operations.

“It’s a unique model but it helps with continuity,” he says. “I’ve been pretty successful in my journey so far, having gained experience in India and internationally. Today, I oversee about 25 different countries and the teams are extremely diverse. I have to rely on that element of local knowledge each time for Wipro Consumer Care to succeed.”

“Today, I oversee about 25 different countries and the teams are extremely diverse. I have to rely on that element of local knowledge each time for Wipro Consumer Care to succeed.”

Because the company prides itself on its presence in individual markets, Nagender’s job is incredibly broad when it comes to strategising for them. For example, a global approach precludes making expansive, single solutions to problems. Instead, his work relies on identifying what makes markets unique and catering to those needs as required. 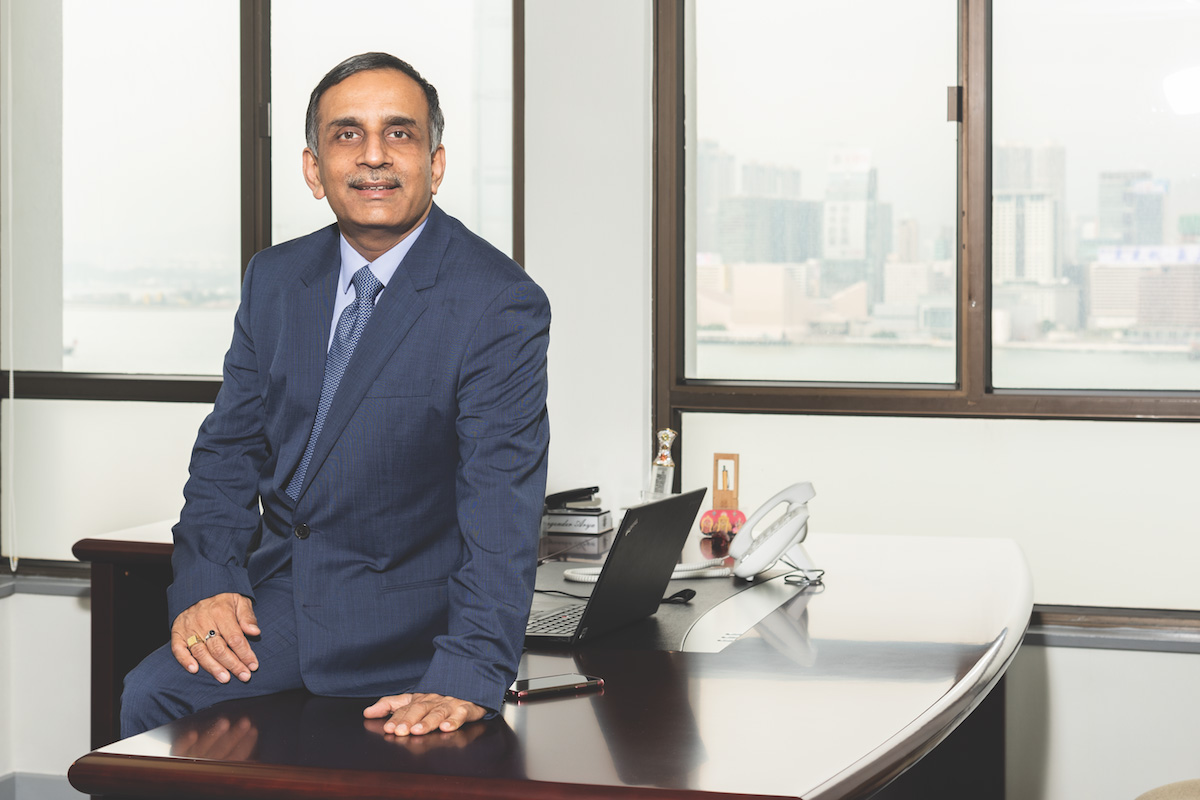 Nagender says ensuring that Wipro Consumer Care’s products are well positioned will ensure the company’s longevity. “We don’t believe in having a central, driven strategy, because we work from the bottom up.

“We investigate each market and try to understand what it is that customers want, and we can localise our offering of brands to meet local requirements, tastes and expectations within the brand’s overall guiding principles.”

On top of that, Wipro has solidified its approach to local communities by engaging in CSR initiatives, including providing aid in times of natural distress and environmental clean-up in any polluted areas the country operates in. “We’re not just committed to providing customers with an excellent product,” says Nagender. “We want to give back to society.”

It’s that fundamental care for and interest in the unique needs of customers that motivates Wipro Consumer Care. Nagender shares those values with the company, reiterating that business is not always about making as much money as possible or debating the details of mergers and acquisitions.

“We sell consumer products but that’s not what this business is about. We believe in people; we believe in adapting to help people and that’s what we want to do.” 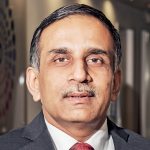