“We are the rebels of retail.”: Panu Porkka 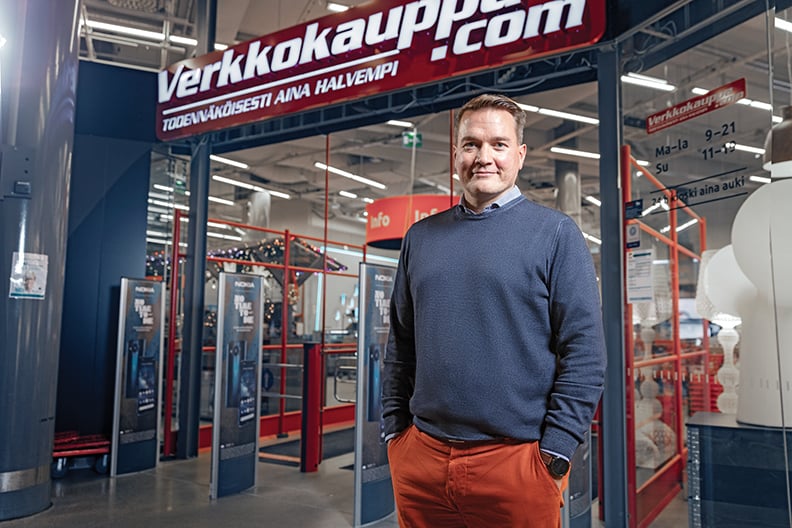 When Panu Porkka took his place on Verkkokauppa.com’s (Verkkokauppa) Board of Directors in 2017, its Founder, Samuli Seppälä, knew he had found exactly who would succeed him in the CEO role. “He told me that I was the first person he’s wanted to hand the torch on to,” Panu says.

After what he describes as a “smooth and natural” transition, Panu became Verkkokauppa’s CEO in March 2018. For the executive, joining the Finnish ecommerce giant was a natural progression in his retail career.

After taking the first steps with supermarket chain Lidl, he spent four years with general goods retailer Tokmanni before moving into specialty retail and the CEO role at Suomalainen Kirjakauppa, Finland’s largest chain of bookstores.

It was this knowledge of various retail sectors that was “needed and wanted at Verkkokauppa”, Panu explains. “The company was a giant startup and, as it and the people around it grew together, it was quite homegrown in many processes.” Change was required, and Panu was the perfect candidate to instigate it.

There’s nothing to disrupt us as we have always been digital.

“I was hired because of the ideas and benchmarks I could bring from different kinds of businesses,” he says. Under his leadership, the business that was built around an individual has grown into a team of senior managers who each play to their strengths.

“There are multiple shoulders to bear the weight of the operations,” Panu reveals. “Together, we can take the company to the next level.” Which is to become “everybody’s everything store”. Panu feels the company is already on the right track.

“We are the most visited and recognised e-tailer in Finland right now,” he says. Yet, despite the 70,000 SKUs listed on the website (or sold in one of its four bricks-and-mortar stores), there are still categories where he spots room for improvement: toys, and baby equipment and accessories are two examples he names. 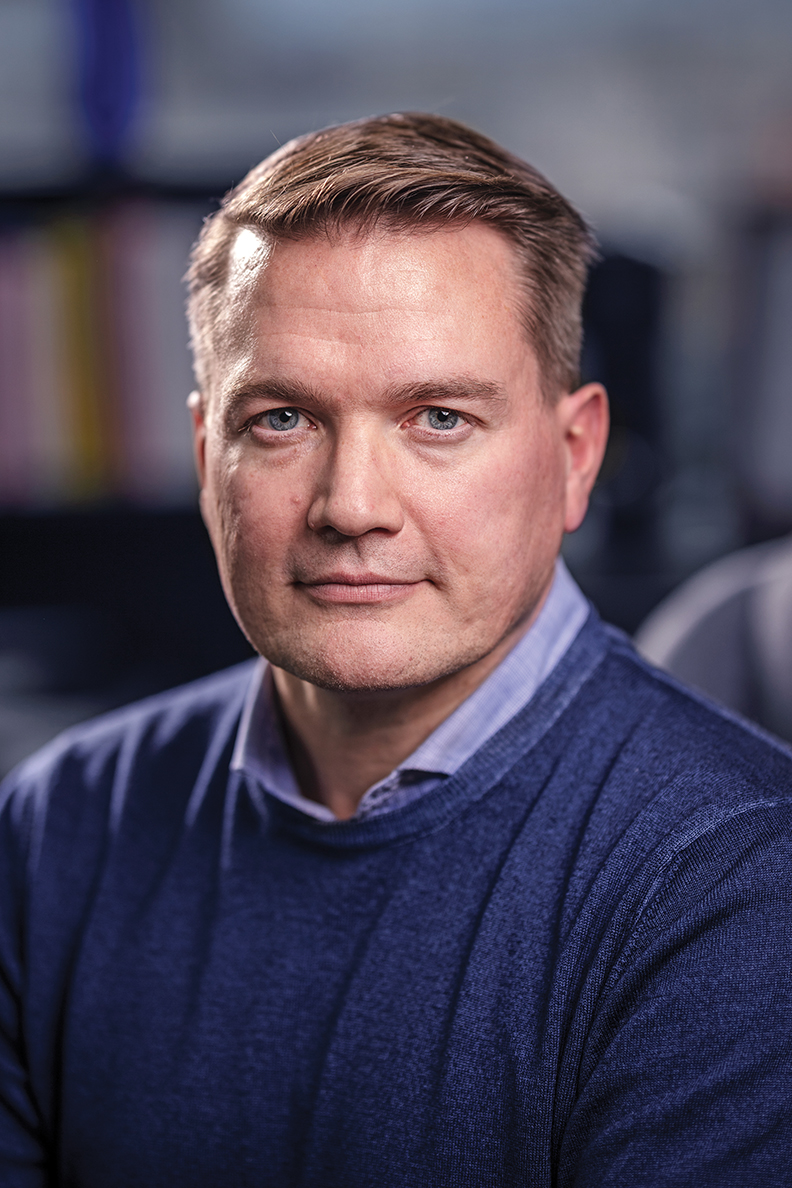 On the other hand, clothing, textiles and groceries are three segments Panu says the business is not interested in currently exploring. Of course, it’s one thing to list a product on a website and another to have it in stock. A local warehouse gives the company agility, a distinct advantage over regional competitors.

“This big facility is allowing us to pioneer same-day and next-day delivery,” he says, adding that these services have already been rolled out in greater Helsinki and other larger areas in Finland. It also means the company is setting the pace when it comes to consumer expectations surrounding faster and more flexible methods of delivery.

Yet it’s the company’s DNA which, Panu says, truly gives it the leading edge in the market. “We are the rebels of retail with a low hierarchy mentality, which means everyone can come to the CEO with ideas or questions or wishes,” he says.

“Although we have a team of 700, we are still a community.” An important segment of that team is Verkkokauppa’s in-house IT department, which designs and implements its robust ecommerce platform, as well as its ERP system.

“It’s our own code, made internally by the 60 or so developers on our staff,” Panu explains. It’s an asset that enables the company to be extremely reactive. “We have releases throughout the day. If we find new ways of delivering, selling or showing products, it doesn’t take us very long to go to market.”

Ensuring that its processes stay lean allows the company to uphold its promise of products at ‘probably’ cheaper prices to the consumer. It also promotes one of the lowest cost structures in the industry: 11%.

“But we still make a decent profit, which is unique,” he says. Panu’s business is one that has been setting the pace ever since it was established by the then 16-year-old Samuli in 1992.

“We were born online in a time when the internet didn’t really exist,” he says. And, as we move to a society where retail is increasingly moving online, Panu believes that’s what will put it in pole position. “There’s nothing to disrupt us as we have always been digital.”