On the market: Rajiv Warrier 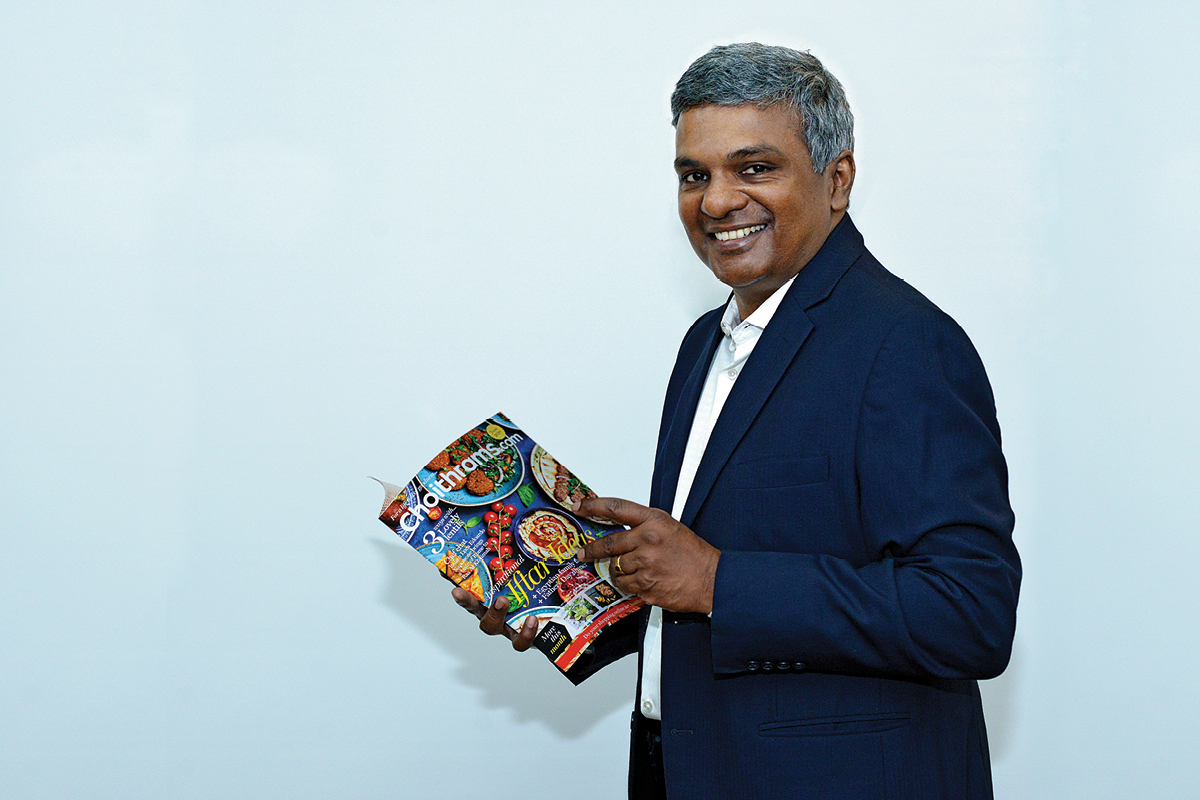 Long before he became the CEO of Choithrams, Rajiv Warrier served as the CFO of Rediff.com. An Indian news, entertainment and shopping portal, Rediff.com was one of the few to survive the dot-com crash of the early 21st century. Having worked in such a cutting-edge, digital business, one might wonder why Rajiv is now leading Choithrams, a UAE-based supermarket chain. The answer is simple: Choithrams may be a bricks-and-mortar retailer, but it’s at the technological frontline of the industry.

That said, Rajiv believes there is room for Choithrams to further develop its digital side. “Ecommerce is a part of Choithrams’ evolution, but I think we’re only now learning to use this new technology properly; using data to understand consumer behaviour, and to drive promotions and offers,” he says. “We are only getting into that space now, where we’re using social media and digital marketing to really drive offers.”

Rajiv’s focus on innovation comes at a good time, with other local supermarkets only just moving into digital retail, while the UAE retail industry faces a challenging economy. In 2018, the economy was hit by the introduction of value-added tax to most goods and services, making the general cost of living slightly more expensive. While the regional economy is forecast to rebound this year, two years of economic slowdown has also made consumers less willing to spend.

In response, Choithrams has become an organisation committed to continual evolution. “Moving from a trade-first to customer-first mindset is a really important change that I’m introducing with our teams,” Rajiv says. “Another focus area is our fresh food categories – fruit and vegetables, meat, fish, and bakery and deli goods. We also have a focus on ecommerce and on making the entire online-to-offline and offline-to-online process a good experience for the customer. Finally, we’re building more efficiency into our supply chain.”

This effort to prioritise a customer-first approach comes alongside Choithrams transitioning from a family-run business to a corporate organisation, a challenge that was the inspiration for Rajiv to take on the position. Choithrams has already put this approach into practice, with a Customer Happiness Centre introduced to Dubai stores last year. The centre allows customers to have complaints handled directly by the company, in accordance with government guidelines, and is part of a broader initiative to provide a better customer experience. Some customers have praised the idea of a dedicated complaints department.

Another challenge facing the supermarket chain is domestic competition. Fortunately, Choithrams’ online presence, which pre-empted that of some of the sector’s biggest players, gives it an edge. But the contest for prime real estate is still fierce, and Choithrams must compete with not only other supermarkets, but also the hypermarkets (supermarkets combined with department stores).

“The location of a supermarket is extremely important.”

At present, Choithrams owns 42 supermarkets in the UAE, 12 in Bahrain and eight in Qatar. It has a significant presence in the UAE, Bahrain and Qatar for retail, plus Oman for wholesale.

Though the chain is centred in the UAE, Choithrams has established partnerships with a wide variety of international brands like Weetabix, Kimball and Fruitella. Since 2014, Choithrams has also been an exclusive distributor of Tesco’s products in the UAE, an example of the company’s ability to build relationships across numerous countries.

Nevertheless, with numerous regional competitors, Choithrams can’t afford to become complacent. “There are so many supermarkets over here, and you have new chains opening new stores every day,” says Rajiv. “Again, you might open a community centre, but then you might have another local chain that moves in close to you, and another one further afield.” With this in mind, the Choithrams Group is not limiting its distribution network to the Gulf states. “The genesis of the group began in Africa and we have active businesses in the Gulf, Africa, UK, India and the US,” explains Rajiv. Rather than only partnering with suppliers from the country, Choithrams Group has its own branch in the UK, Natco Foods, which offers spices, popadums, chutneys, and more.

But what’s particularly remarkable about Natco Foods is that profits generated by the distributor do not go back to the shareholders. Instead, most of the profits are donated to the Human Capability Foundation, a UK-registered charity that primarily pursues social justice and equality throughout India. And this isn’t the only charitable initiative Choithrams sponsors either.

The Choithrams Foundation makes contributions to schools and hospitals, explains Rajiv. “In India, for example, there is an international hospital in Madhya Pradesh that does a lot of free surgery for those who can’t afford it.
“We also run a school for children from kindergarten to grade 12 that sets a very high standard, and where education is subsidised for those in need.”

The retailer encourages its customers to help out where they can. “We’ve implemented an initiative with Mastercard,” Rajiv adds. “During Ramadan, people are invited to make contributions to improve the environment. We match the donations made by customers.”

The company’s commitment to social responsibility extends to its operations, with Choithrams spearheading the search for plastic bag alternatives, introducing reusable jute bags from India 20 years ago. It will soon begin charging a nominal sum for plastic bags in some markets, to discourage the use of plastic bags. The company also endeavours to conserve water and energy at its outlets. 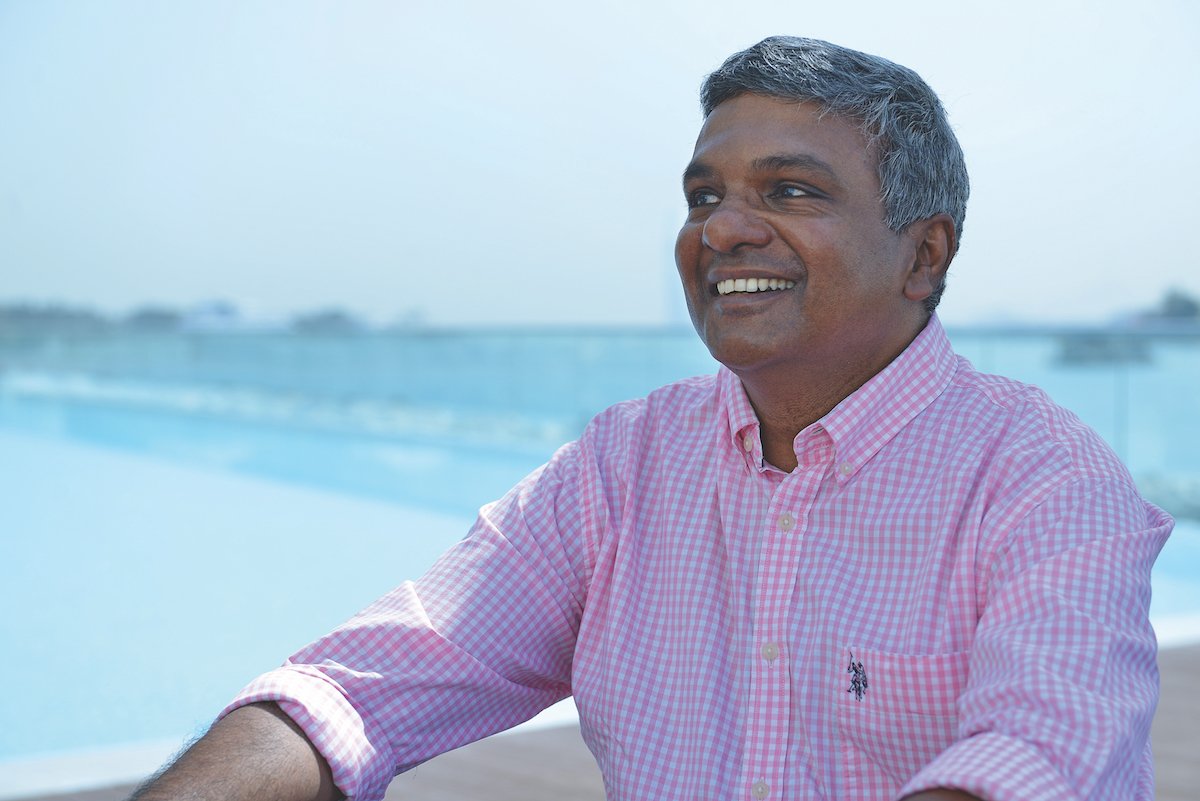 The measure of success

Like any practically minded business leader, Rajiv does view success in material terms, such as revenue, profitability, inventory targets, and so on. But for him, the measure of success goes beyond the obvious. He believes there are a number of traits a leader must possess before they can be said to be successful.

“Showing strength or courage when you face risk, there is success to be appreciated there,” Rajiv says. “Keeping one’s word is very important, as is reliability. Humility in accomplishment, rather than having too much of an ego – arrogance is often the enemy of success, isn’t it? I see success in people who inspire others to do well; I see success in people accepting responsibility for their mistakes.”

Rajiv also attributes the success of Choithrams to its business partnerships. The supermarket chain has been working alongside suppliers like Friesland and Weetabix for many years, and hopes to maintain that relationship well into the future. After all, it’s an agreement beneficial to both parties, enhancing Choithrams’ offerings and providing a widespread retail platform and visibility for manufacturers.

However, Rajiv defines a leader’s success by how well they manage their team. “A good leader,” says Rajiv, “must have a clear vision, must be able to delegate and to develop other leaders, must be a good communicator, must have the ability to work in and as a leader of a team, and must be able to conceptualise and to strategically plan the organisation’s future.” 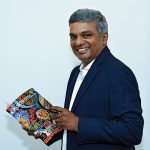