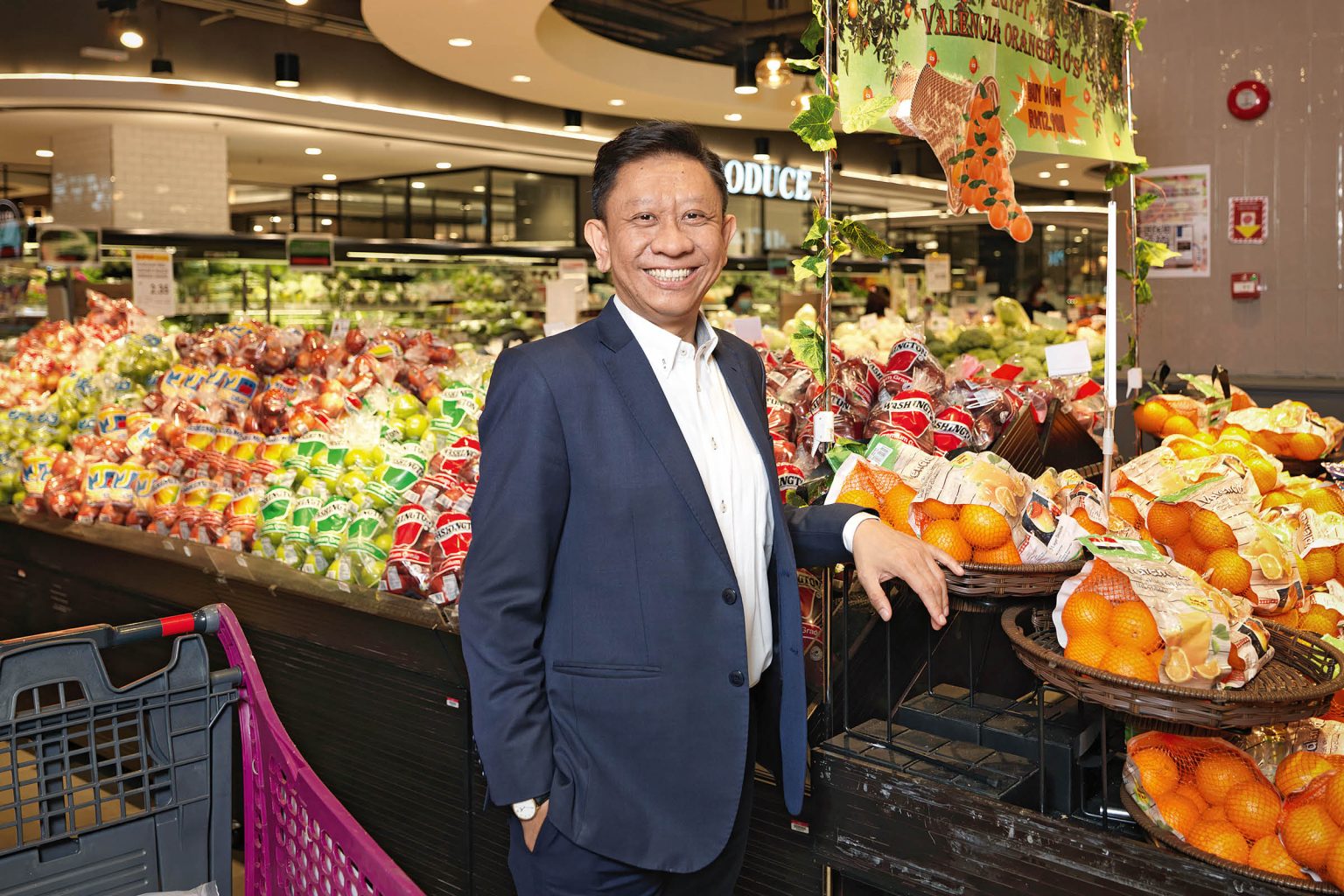 For a long time, steady and reliable were qualities held in high regard in the world of business, but in this age of disruption, those qualities seem to have become more of a hindrance. 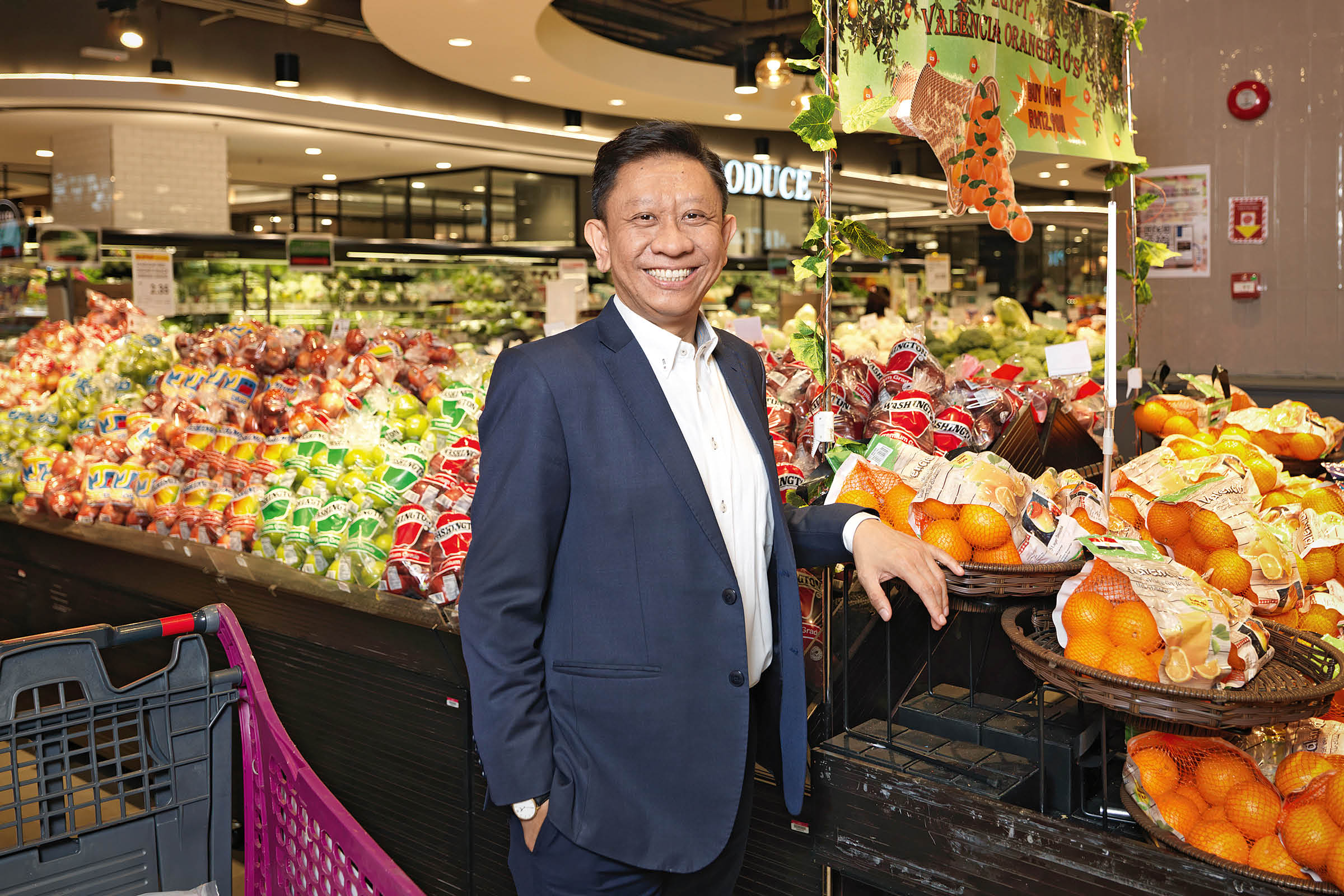 That is why, when Shafie Shamsuddin took the helm as CEO of Asian retail giant Aeon Malaysia, he knew a massive task lay ahead of him. The company’s roots date back all the way to the Edo Period when the Okada family opened a clothing shop in Japan.

In 1984, at the request of the then-Malaysian Prime Minister, it spread its operations and expertise to Malaysia. In the years since, it carved out a strong position in the local market as a bricks-and-mortar player.

However, as ecommerce flourished, it started to lag behind. Having seen the potential of Aeon in Malaysia, Shafie flew to Japan to meet with the seventhgeneration Okada family members who still own the business and personally request the post.

Then, he spent six months taking a strategic look at the ASEAN region as Chief Strategy Officer before stepping into the top role on 1 January 2020. By then, he was convinced that the task which lay before him was not to simply address the ecommerce shortfall, but instead to rethink the company as a whole.

“The reason I came on board was not to focus on ecommerce or bricks and mortar, but to overhaul the entire ecosystem,” he explains. That ecosystem is made up of five pillars – manufacturing and supply, retail, distribution, payments, and media communications. “Every one of these pillars has already been disrupted,” Shafie points out.

The reason I came on board was not to focus on ecommerce or bricks and mortar, but to overhaul the entire ecosystem.

“So, I’m asking how do I work with all of these pillars that have already been disrupted? I see potential for huge value creation if we collaborate instead of staying in our own industry focus.”

A change in mindset is therefore top of Shafie’s list of priorities. He referred to Uber Eats-style delivery platform Foodpanda, which has made significant headway across Asia, further fuelled by the pandemic as consumers stayed at home. It recently also began to deliver groceries door to door.

“OK, so what stops Aeon from doing what they’re doing?” he asks. “Aeon has 40 malls and more than 4,000 tenants, 30% of which are food and beverage outlets.” It also has access to supermarket products that its rivals do not.

“That means we have a lot more than they do. So what don’t we have? In the past, we didn’t have the platform. But more importantly, we don’t have the right mindset to make that transformation.”

That shift in attitude has to start at the top, according to Shafie. “We have changed the top 40 of the business leaders in Malaysia, bringing in a diversity of talent from not only Malaysia, but across Asia to lift up our digital transformation,” he shares. 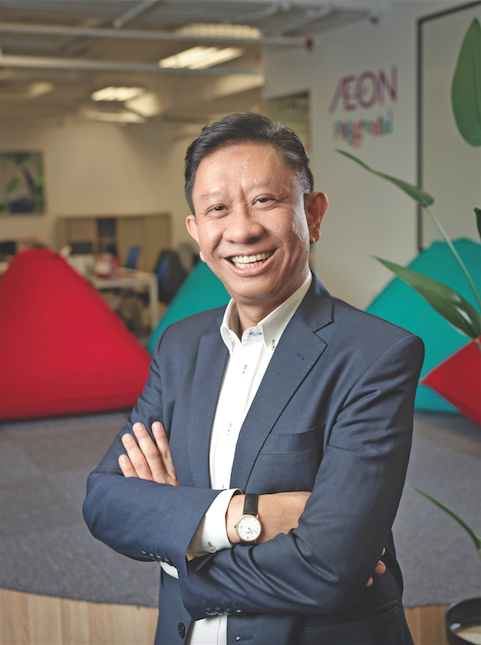 The stagnant head office building also received similar treatment, with Shafie tearing it down and building a new one, consolidating Aeon with Aeon Big, formerly Carrefour Malaysia, under one roof.

His first company meeting also represented a break with tradition. Instead of being held at one of the city’s big hotels, Shafie gathered employees together at one of the company stores where they had created a small garden, perfect for unveiling his new vision for Aeon Malaysia.

Instead of benchmarking against weaker competitors or other conventional retailers, Shafie argued that Aeon must look at a wider variety of businesses, brands and suppliers. “We had never looked at specialists in each of the categories, so I opened it all up for them to see that these are the real competitors that we need to look at,” he recalls.

The outbreak of COVID-19, while undoubtedly challenging, has in fact helped accelerate the changes that were already underway, with Aeon forced to swiftly innovate in order to continue serving its customers.

“The impact of COVID-19 has actually been good for us because it has become a catalyst for change,” Shafie says. “The destruction has caused everyone to come back from ground zero and, therefore, it’s a good opportunity for us to try out and innovate new things.”

One of the first exciting projects was a personal shopping service that helps consumers get their groceries without having to physically enter the supermarket.

“We had customers queueing up for their groceries because we were limiting the number of customers who could go in,” Shafie explains. Staff were pulled from their duties in other departments like apparel and household goods, which had been ordered to close by the government, and were instead put to work as personal shoppers.

“It went viral very fast,” he says. Since the service was launched, it has served almost 600,000 customers. “That’s pretty good, because not only are those numbers big, but they are purchasing on average at least two to three times more than previously,” Shafie points out. “So, we started to ask ourselves how we can do more on the personal shopper front.”

It’s about respecting the local culture, understanding that there are a lot of competent people locally and that we should involve them in making decisions.

The answer? A new WhatsApp-powered personal shopping experience that enables customers to place their orders via the messaging platform, with the goods then delivered directly to their homes. Even though they can now freely shop within Aeon stores, many are still using the personal shopper service.

Meanwhile, the company is catching up on the ecommerce front with the launch of an online grocery shopping service.

“We have seen an increase in online grocery shopping to more than three times when we started last year,” Shafie reveals, adding that Aeon’s largely over-40 and previously tech-resistant clientele have embraced it, thanks to the pandemic.

It followed that up by unveiling its own food delivery platform called Aeon Makan (meaning food) to rival the likes of Foodpanda. With its own battalion of delivery drivers, it has created job opportunities for those who had lost their incomes as a result of the Movement Control Order introduced to limit the spread of COVID-19.

In another bid to boost the local economy, Aeon introduced an initiative helping entrepreneurial types to open their own small grocery stores, restaurants, bazaars and dropships of Aeon products.

“The number of people who want to open up these small stores is huge, but they don’t have the means and the knowledge to do it,” he says. Aeon provides them with the supplies, the systems as well as the education to “survive and grow”. 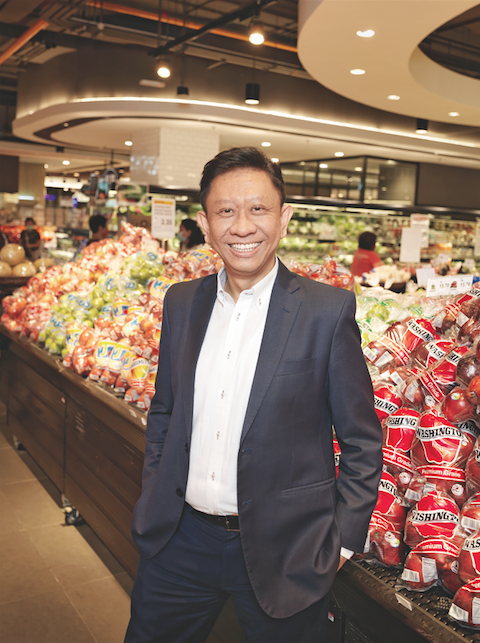 Then, in February this year, the company kicked off the Sambado Challenge – a cloud kitchen concept to help small and medium enterprise traders make it through tough times caused by the COVID-19 pandemic. The concept revolves around collaboration with potential startup restaurant entrepreneurs building from personal recipes without any capex.

The quality and scale-up are organised and supported by Aeon, and the concept has attained already more than MYR1 million (US$244,000) within about a month. The collaboration with Malaysian celebrity Alif Satar saw Aeon donate one packet of Sambado chicken rice for every 10 packets sold to those who fell in the bottom 40% of household incomes.

At the launch, Shafie highlighted a daily sales target of 20,000 packets of Sambado nationwide through its network of more than 65 Aeon branches, meaning 2,000 packets would be donated every day. Shafie is far from finished.

In January, Aeon inked a deal with New York-based tech company Boxed, which will help shape the company’s future. The tie-up will see the US startup create an endto-end ecommerce solution to drive Aeon’s digital transformation, with a storefront platform and inventory-picking software all part of the package, targeted to launch in the third quarter of 2021.

“The way I see it is that the technology that Boxed is able to provide to us is not solely for our online fulfilment arm, but it is going to serve us even more as we create a fulfilment centre within our malls and our stores, because we have more than 50 locations across Malaysia,” he says.

“We see that, in the next five years, around 15–20% of our revenue will be coming from Boxed online.” With so many major milestones already, what does Shafie consider his greatest achievement? After Aeon acquired Carrefour Malaysia, now known as Aeon Big, in 2012, there followed seven years of losses.

But in 2020, even as the industry struggled, Aeon Big finally moved back into the black – a massive turnaround that he attributes partly to a fresh approach to the particularities of the local market, something which has often been overlooked by the big multinationals.

“It’s about respecting the local culture, understanding that there are a lot of competent people locally and that we should involve them in making decisions.” 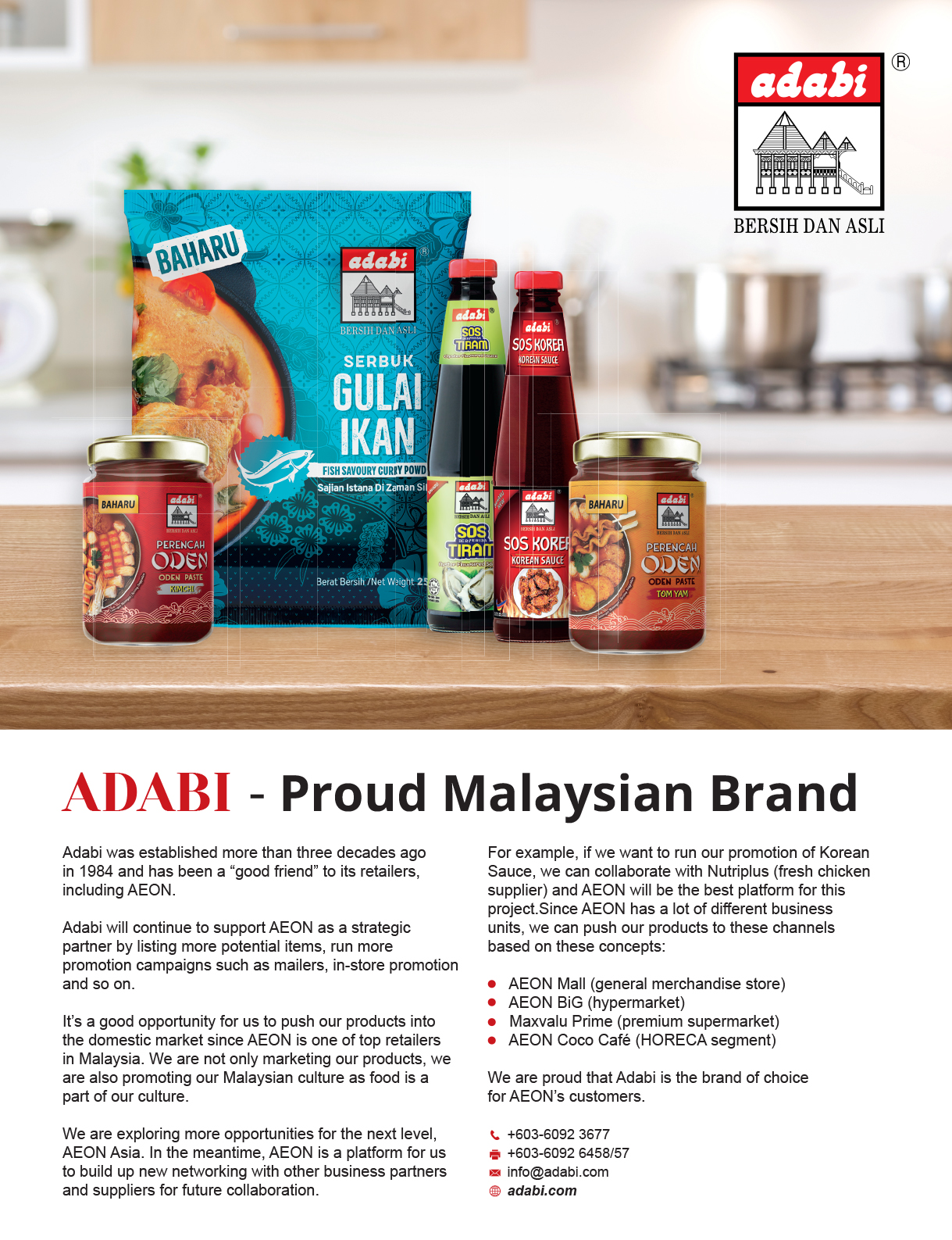 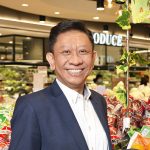