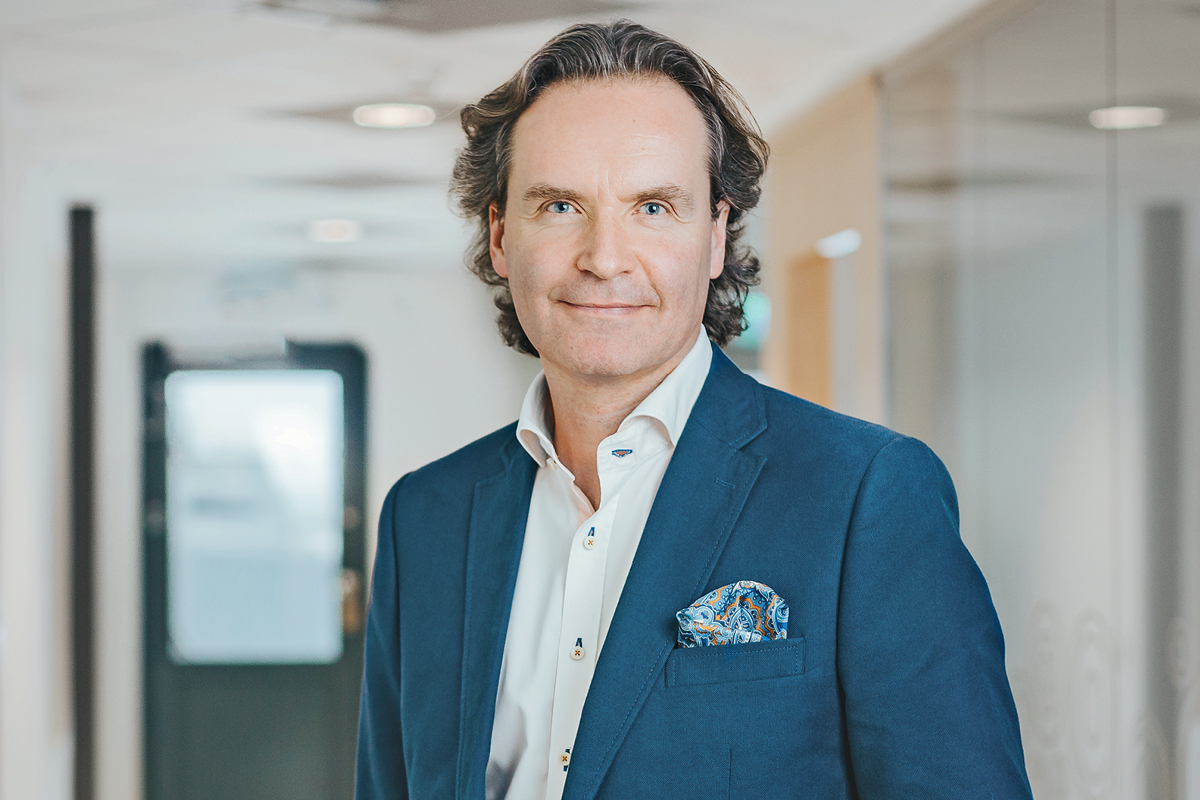 Stefan Lebrot gets a little emotional when he talks about his steam oven. “It’s my favourite appliance,” he professes. “I’m half French, so I love cooking. This oven can go from below 100°C to above 200°C. It can be used not just for vegetables and fish, but also gratins, pizzas, and anything you want. It’s like a drug to me; I don’t cook anything without it.”

While most people may not share the same strong feelings for their ovens, he believes that every homeowner experiences some form of connection to their appliances.

“You get to know your whitegoods very well, because you use them at home every day. They are no longer just products. You can derive pleasure from using them, especially when it comes to cooking appliances. You form a relationship with them that is warm, and sometimes even intimate or passionate.”

Stefan says that these feelings are what gives meaning to his work and has kept him going for the past 25 years in the industry. His career began in 1995 with Electrolux as an Assistant Product Manager, and culminated in the role of Managing Director of Smeg Nordic.

In 2018, he brought his wealth of experience to Elon Group, a leading retailer of household appliances in Sweden, as CEO.

“When I joined, Elon was only present in two countries – Norway and Sweden. My vision was that the firm would become Nordic, and we achieved this in a year,” he recalls. Besides Norway and Sweden, Elon now has a presence in Finland, Denmark and Iceland. Next came digital transformation.

“We had a home page that didn’t offer a great customer experience,” he confesses. “I believe that, to be the best, we have to be strong both digitally and physically.”

The solution was the launch of a new platform in January this year. Its effect was immediate; the firm quickly saw an uptick in online sales from zero to about 25%. Part of those sales today comes from products that didn’t even exist in Elon’s catalogue before 2019.

I would like the industry to focus on creating true customer value, rather than on price competition.

Since its foundation in 1967, the company has carved a niche for itself in whitegoods and has managed to thrive on it. However, Stefan wasn’t content to let the firm rest on its laurels.

“I didn’t think it was a smart move, in the long-term, to focus only on one segment,” he says. He made the decision to expand the product range to include browngoods, or all consumer electronics.

Instead of building this new segment from scratch, the company opted for a partnership with established browngoods retailer Electra, which had its own chain of retail stores called Audio Video. Not only did this partnership diversify Elon’s product range, it also increased Elon’s presence in the Swedish market when all of Electra’s 110 Audio Video stores were rebranded to Elon in November last year.

“Our network of stores increased from 300 to more than 400 as a result,” says Stefan. With more stores comes the capacity for more customers. “To be honest, Elon’s logo, marketing and music used to be a little old-fashioned,” he admits.

To attract a new generation of shoppers, he led the firm on a rebranding exercise. A new logo was launched last year, and the visual identity of the stores given a revamp.

In a push to reduce the environmental impact of Elon’s operations, Stefan has come up with an ambitious yet controversial plan to have most of its products delivered by train. “We are encouraging our suppliers to be more environmentally friendly by telling them to transport 30% of their goods from their factories to our central warehouse in Sweden by rail,” he reveals. “My goal is that this 30% will become 50, and eventually 70.” This applies even to suppliers who are located overseas, outside of Scandinavia. “Our suppliers have factories in Hungary, Poland, Turkey and Germany,” says Stefan. “We also have Chinese suppliers who have factories in Europe.” No matter where the goods are coming from, and no matter if trains are slower, Elon has made its preference for this more sustainable option clear.

Where it used to be what Stefan calls a “warehouse store” in which whitegoods sat on shelves in endless rows, it is now styled like a showroom, with kitchen, bathroom and laundry room sets showcasing the products in their environment.

“It allows the consumer to get inspired,” he says. “That’s why our stores now have the tagline ‘välkommen hem’, which means ‘welcome home’.”

Appealing to the end consumer is important – this was the aim of digital transformation and the rebranding exercise – but one of the biggest streams of revenue for Elon is its business-to-business (B2B) segment.

In Sweden and Norway, new residential developments always come complete with appliances already installed. In these cases, it’s the construction companies, not the end consumers, who are Elon’s customers. “When I joined, I knew that we were already the strongest B2B player working with the private construction companies. However, I felt that more could be done with HBV, which is the organisation involved in developing public housing in Sweden,” Stefan explains.

His wish was granted when the firm won an open tender to handle all repairs and installations of whitegoods in HBV developments throughout Sweden.

One of Elon’s most distinctive qualities is the way its business is structured. Unlike its closest competitors, which run on full ownership or franchise models, the firm has multiple shareholders in the form of its retail store owners.

“Every shop owner gets a share of the company,” Stefan reveals. The significance of this statement can only be fully appreciated when one considers that Elon Group has a total of around 500 retail locations inside and outside Sweden.

“What I like about this system is the human aspect of it,” he says. Because the people who run the store are not employees of Elon, but owners, they are invested – and it shows. 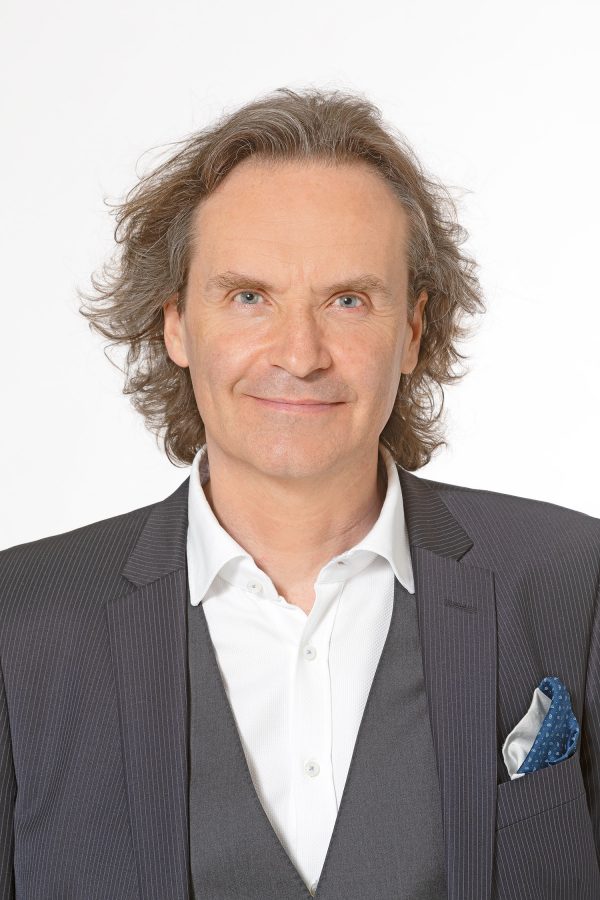 “I see the power of engagement. These store owners really care. It’s not a show, it’s not because they want to earn a salary. It’s because they won’t have a salary in the long run if they don’t retain customers. There’s a lot of sincerity and long-term thinking.”

This customer-centric approach taken by Elon’s store owners is something that Stefan wishes was more common among the company’s peers.

“I would like the industry to focus on creating true customer value, rather than on price competition,” he reveals. Unfortunately, not every company sees eye-to-eye with him and there remain some black sheep.

“It is easy to fool the customer with low prices. But if something goes wrong with the product or if there’s no after-sales service, then the customer’s trust and experience are ruined.”

Such behaviour seeds distrust among consumers and is disadvantageous for the industry as a whole. But given Elon’s long history and well-established reputation, Stefan isn’t too worried that the company will suffer any fallouts from the bad choices made by less responsible businesses.

“Since the day I joined, I have emphasised entrepreneurship and engagement in the local stores. These qualities have always been part of the DNA and identity of Elon; all I did was communicate them better and put in place tools to make them even stronger. This is the legacy I want to leave behind – for Elon to stay true to its DNA and identity.”