Bobby Lehane is spearheading a revitalised CHU Underwriting Agencies as it disrupts the Australian strata insurance sector – from within.

Bobby Lehane is spearheading a revitalised CHU Underwriting Agencies as it disrupts the Australian strata insurance sector – from within. 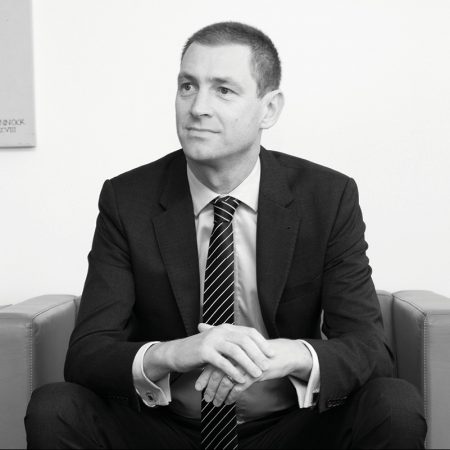 Bobby Lehane views strata insurance as an industry ripe for disruption. And he’s not just working off instinct. “The whole concept of disruption is really permeating every facet of business and society,” the CHU Underwriting Agencies CEO says, offering taxis, hotels and media as examples of industries that have already witnessed its transformative effects. He believes insurance is no different.

“Different parts of the insurance cycle have already started to adapt, but what I’ve found with strata is that it’s still very traditional, with lots of manual processes and a reliance on paper,” he explains. “That, to me, is an open invitation for Google or somebody to come in and say: ‘You know what? We’re going to do all of this differently – and cheaper.’”

It may not necessarily spell the end for the existing players in the market, he says, “but by addressing the same business challenge in a different way, with a digital tool set, it has the potential to have a fairly damaging effect on not just CHU but a lot of insurance businesses.”

With an early career spent in what he describes as technology and transformation roles, Bobby was introduced to the world of insurance when he joined Zurich Financial Services Australia as CIO in 2007, before being appointed COO Asia–Pacific and then executive general manager in 2012. 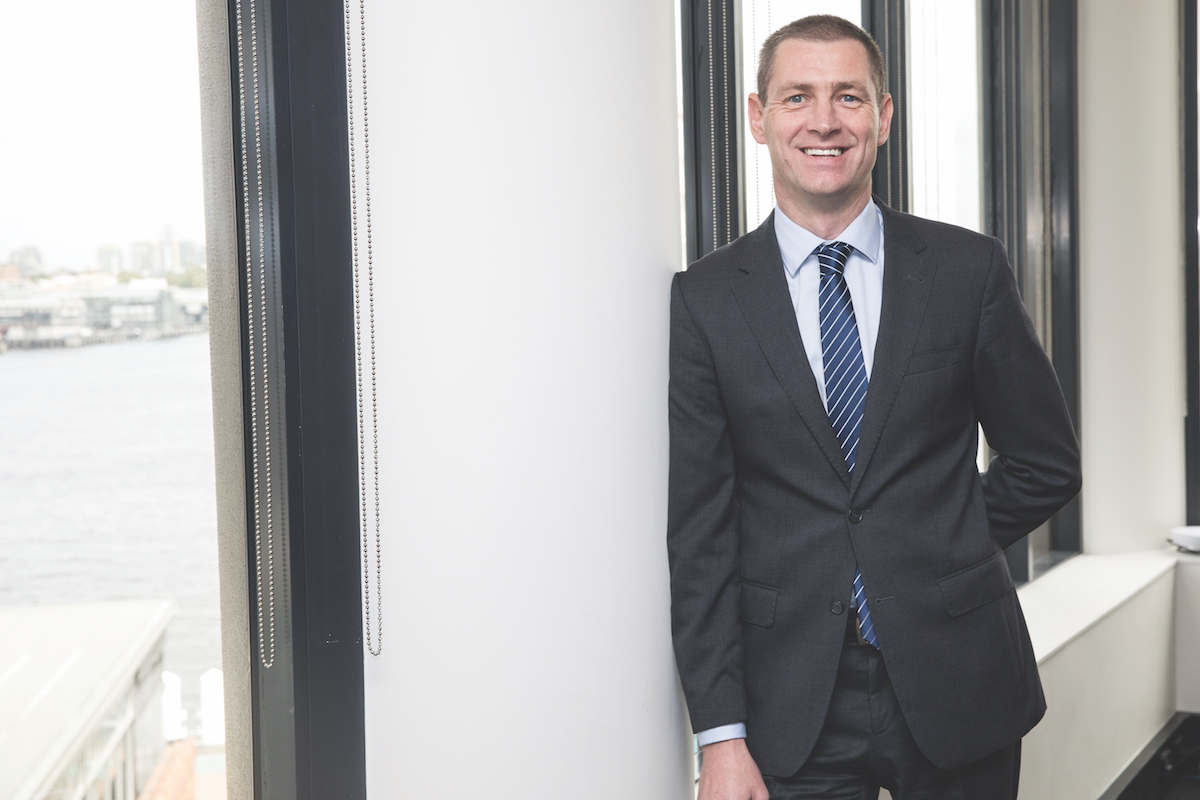 We need to be innovative; we need to change the way that we think and the way we engage

When insurance broker Steadfast Group acquired CHU, Australia’s oldest strata insurance company, from QBE Insurance in 2015, Bobby’s background – a distinctive blend of technology, management and insurance – made him a natural fit for the style of leadership CHU’s new owners had in mind.

“Steadfast recognised that, in order to make the most of its purchase, there was a significant transformation and repositioning for the future required,” he says. “It was an opportunity that really appealed to me.”

He explains that his early focus has been on future-proofing the business. “CHU has been around for nearly 40 years, but hadn’t undergone any real significant change until Steadfast took over ownership. The question we asked was, ‘What do we need to do to ensure that we are around for another 40 years?’” he says. While he acknowledges that the answer relies on a number of different approaches, digital marks the most obvious starting point.

And, positioned as the largest provider of strata insurance in Australia, he is acutely aware that, “If we don’t disrupt our business, then somebody else will. Everyone wants a piece of our business. We have to continue to lead, to reinvent, so if anyone thinks that they can copy us they will be copying something that’s no longer relevant because we’ll have already changed to meet a different market need.”

What’s the secret to disrupting one’s own company? “We need to be innovative; to change the way that we think and the way we engage. We need to change the product that we offer to market,” he responds.

An important step was unveiled in late 2016 with the launch of CHUiSAVER, a digital underwriting agency owned by CHU, complete with its own Australian Financial Service licence and a promise to deliver low-cost strata products directly to the market. Its first product is a residential strata insurance underwritten by QBE (also the underwriter to CHU).

“One of the most significant innovations may not sound like an innovation at all, but, strangely enough, in strata insurance, it is,” he says, referring to the increased minimum excesses offered by CHUiSAVER’s residential strata insurance. “Traditionally, strata insurance has a very low excess, but that was reflected in a higher premium,” he explains. “With CHUiSAVER, we’re giving consumers the choice, from a product perspective, of reducing the premium by approximately 20%, offset by a higher minimum excess.” It is, he says, a move away from how consumers have historically purchased strata insurance.

Early results are positive. "Consumers are conscious of minimising their premium, and understand that, with these types of tools, they have an ability to do that.”

Bobby acknowledges that drastic transformation won’t happen immediately – but that’s all part of his strategy. “I can’t just decide that my traditional business is going to become a paperless one overnight because I fear that, if I were to do that straightaway, the impact would be very, very significant,” he says.

Instead, his intention is for CHUiSAVER to also serve as an innovation lab. “It’s the place where we can try new ideas and concepts. What works can be gradually migrated over to our premium business and what doesn’t, isn’t.” For Bobby, it’s a strategy designed to manage the inherent risks that come with innovation.

CHUiSAVER runs on another of CHU’s homegrown products called StrataTech, an online policy and claims management system. “It allows our customers and our intermediaries to self-serve in a way that they already can in many other facets of life, but that just wasn’t available in the strata insurance space,” he says. Bobby is aware that the benefit of scale has allowed the company to invest in the tools and platforms it has, especially in a difficult market.

“We’ve been here for the duration, so that means that we are a target for every single new entrant into the market. It also means we cannot be complacent; we cannot rest on our laurels and rely on the fact that we have been dominant since 1978. It has nothing to do with that anymore. It’s all about the future,” he says. 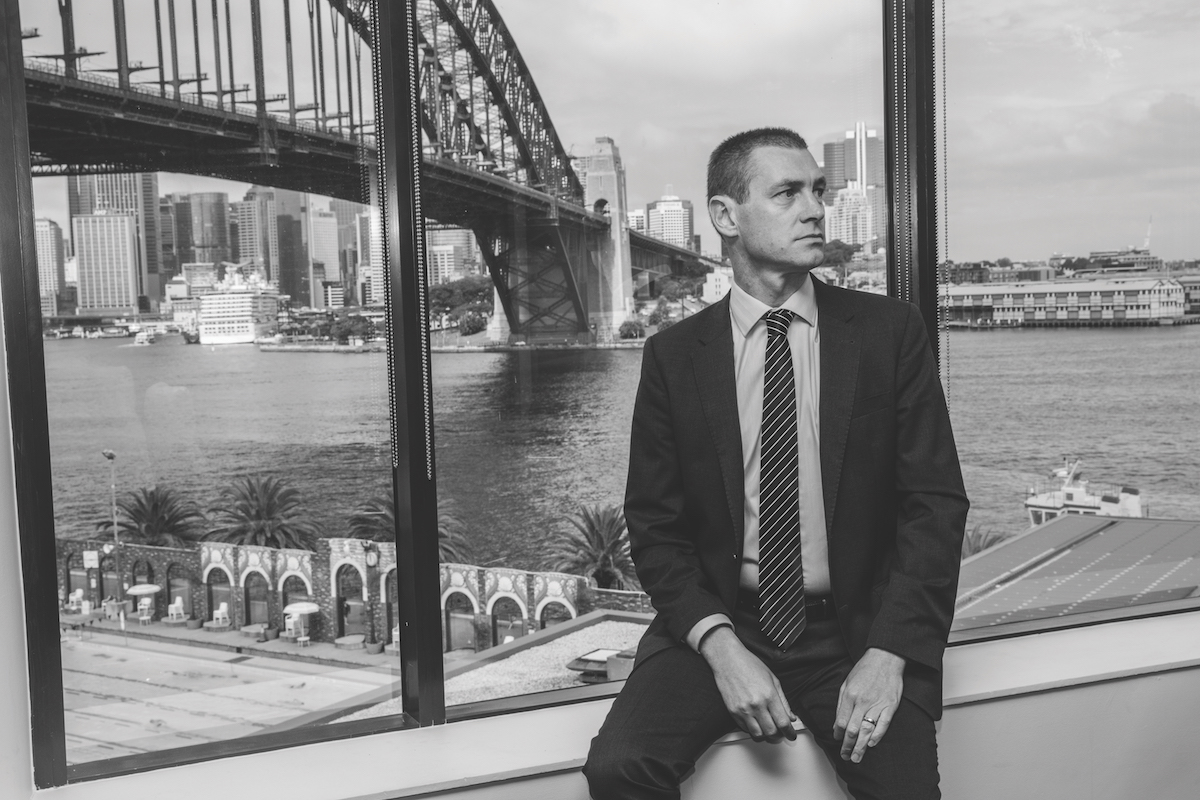 We cannot rest on our laurels and rely on the fact that we have been dominant since 1978.

Bobby predicts that in 5 years’ time, the insurance landscape is going to be completely different to today, for both the industry as a whole and the strata insurance sector.

“I think the industry is starting to take the digital threat seriously. There’s the whole InsureTech buzzword that has been hyped for the past couple of years, but I think this year we’ll see something in terms of actual adoption. There’s an array of smaller companies that are launching products and services that the larger insurance players are recognising as both a threat and an opportunity. As for strata insurance, it will not be nearly as paper-intensive as it is today; it will be predominantly electronic.”

Consumers are cutting out the middlemen

Bobby also believes that human nature, and the extent to which we are pushing boundaries with our desire to self-serve, will lead to an inevitable rationalisation of distribution partners. “Currently, there are a lot of different parties involved in the distribution of strata insurance, such as brokers and strata managers, but consumers are starting to make the decision to go direct.”

He’s not necessarily advocating this approach: “I still see a very important role for intermediaries in ensuring the right advice is given where it is actually needed,” he says – but admits that it’s an irreversible trend that is touching all aspects of our lives. Having inherited in 2015 what he refers to as a “distracted company with low morale,” another of Bobby’s impressive achievements is his re-engagement of staff, customers and the market.

“When businesses go up for sale, people tend to get a bit distracted,” he says. “But there was already a core of great people; they just needed a little bit of a lift.”

Along with opening effective channels of communication with company employees, he also prioritised meetings with CHU’s established network of intermediaries. “It was important to convey the message that we had a plan for the business, and that we were going to service the hell out of them” – and deliver what they promised.

“Which we did,” he states. “The past few years have seen a significant mindset shift. We have to demonstrate that we care more about the business and customers than anybody else.”

As Bobby ensures that CHU continues to dominate the space it’s in, he’s aware that his plans for future-proofing the business must include the provision of diverse insurance solutions for modern living. “We’ll continue to be Australia’s leading strata insurance provider. But we want to leverage off the strong niche presence we have to deepen the relationships with our customers.

“CHU established strata insurance as real business, developed the product and brought it to this point. Now we’re taking the logical next step: moving away from a traditional business to one that’s fully equipped to not only survive but really to thrive, to prosper and lead the way into the future.”