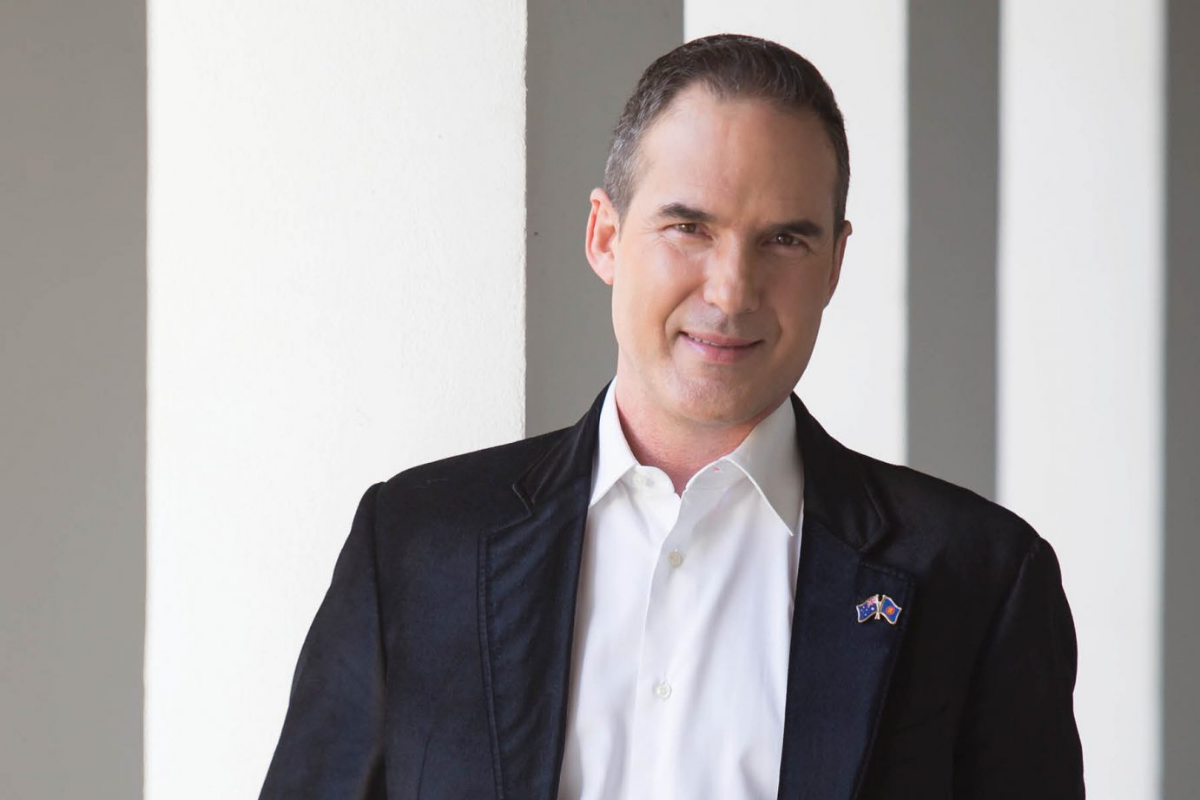 Whether for his career or to whet his appetite for adventure, Australian-born and bred Design Worldwide Partnership (dwp) Executive Chair Brenton Mauriello has lived in a number of places over the years, but to him, there’s only one true home base. “I’ve spent some time in Penang and Dubai and so on, but home has always been Thailand,” he tells The CEO Magazine. “I’ve lived here for 27 years; I’m actually a Thai citizen now.”

Thailand is where he got his start with dwp, a leading integrated design company that provides architectural and interior design solutions to clients across Asia, India and the Middle East. “When I started with dwp, it was as a general manager, and that was about 17 years ago now,” Brenton recalls. “After I bought into the company, I moved up to CEO. And just this year, actually, I moved into the Executive Chair role.”

The dwp Brenton began working for versus the company dwp is today is vastly different. When he signed on in 2004, it had recently purchased four other design practices and was rather disjointed. In that, Brenton saw opportunity.
“I was leaving the pharmaceutical industry at the time, where I was very successful, but I didn’t necessarily enjoy doing it every day,” he shares. “So, when I saw this opportunity, it was exciting. The company had legs, the people were great and things were growing rapidly. I felt it was time for me to get back to something I really enjoyed.”

And something he was really good at – when Brenton came on board, he was quick to get to work, unifying the formerly disconnected global design and architecture practices under one dwp brand. And thanks to his work all those years ago, along with his steadfast commitment and leadership up until today, the company is a stand-out in the industry.

“We’re an Asian-based company that works to international levels,” Brenton points out. “There are very few truly global companies that have grown out of South-East Asia, but we have. And we are just one company. We’ve always been one.”

We’re an Asian-based company that works to international levels. There are very few truly global companies that have grown out of South-East Asia, but we have.

Its uniqueness doesn’t end there either. At dwp, there’s an unwavering belief that everybody is part of the team. There’s no, ‘That’s not my job’ or similar sentiments; it’s all, ‘Let’s roll up our sleeves and drive this ship to success together.’

“We have a DDD policy, meaning, ‘We don’t do Davis,’” he says. “So, if somebody comes in and says that their design is the best, and they get grumpy because we challenge it, then forget it and leave. Because you’re not dwp.” 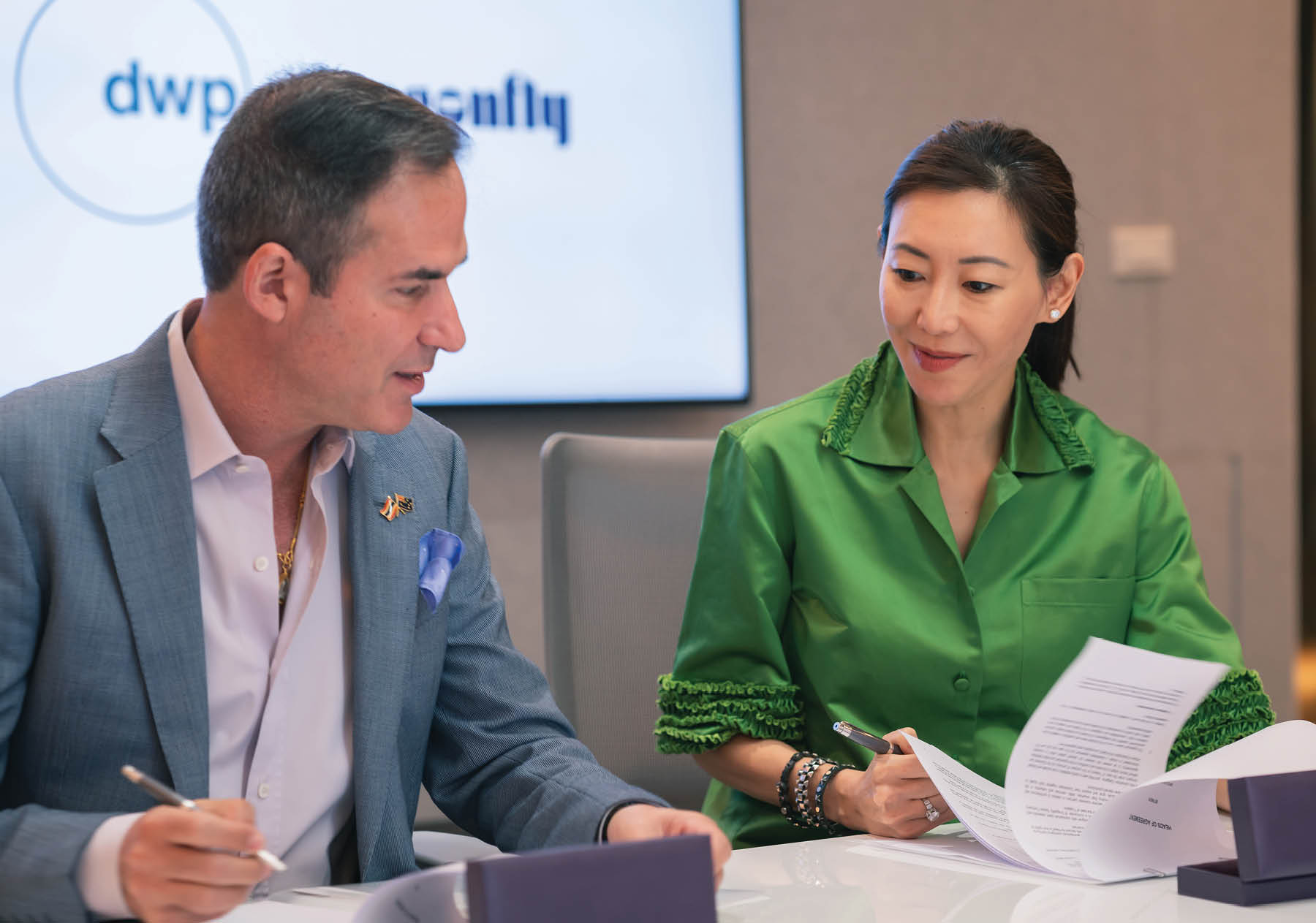 It might sound harsh, but according to Brenton, it’s all about teamwork and providing customers with the best. “We will fight until the end that we are better together. If you want to be a star designer, then go out on your own and do it by yourself,” he shrugs. “Here, we have people of all stripes. And you don’t have to be a designer to comment on a design.”

We manage to bring out the best in every culture, every designer.

One day a week, every project in the company is reviewed on Zoom or Google, and anybody from the company is welcome to attend. “Everybody has an opinion, and everybody will be heard on design Wednesday,” Brenton reveals. “This fun, dynamic cultural interplay during those reviews is part of the excellence that we have. We manage to bring out the best in every culture, every designer.”

At this stage of dwp’s journey, Brenton’s proud of the dream team it has assembled. And honestly, with COVID-19’s most unwelcome arrival and its rather cringe-worthy long-term stay, it couldn’t have been at a better time. “I don’t think we’ve ever had a better team than the one we have now. And that’s because we’ve invested during the difficult times,” he says.

“Since I’ve been with dwp, we’ve been through fires, floods, the financial meltdown and now COVID-19 – it’s just been one catastrophe after another here in Thailand. But somehow, we’re still here.” 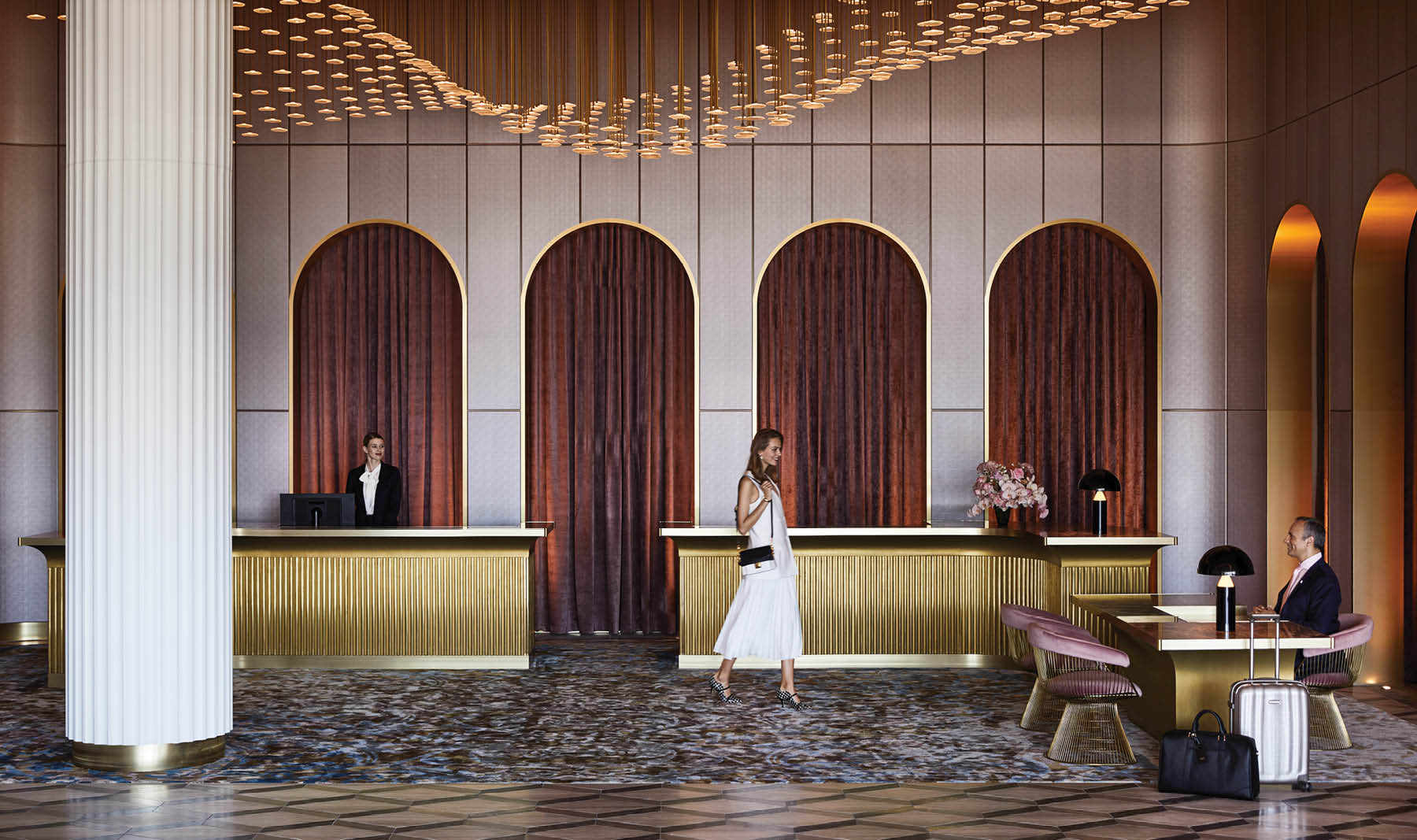 However, dwp has stuck around not by chance or luck, but by a number of things that have all centred around one thing: passion. “We’ve moved quickly; decisively planning for the worst, but hoping for the best. But hoping is not strategy, action is,” Brenton stresses.

“So we’ve communicated openly. And we’ve been very transparent about our numbers and how we’re performing so our people have understood. Everybody has made sacrifices; sacrifices that were asked of everybody, not demanded. We’ve been in the fight for our life, and everyone has stepped up.”

Unfortunately, dwp did have to let go of some staff during this time, something Brenton laments as “painful” because it’s always been a value of his to keep everyone. But unlike past crises that have been “short and sharp”, the COVID-19 pandemic just continues to linger, one outbreak after another.

We’re not on our knees; we’re out there fighting. And we are more determined, more focused and better armed with more enhanced capabilities than ever before.

“In the medium- and long-term, the immediate problem is staying alive and staying profitable,” he admits. “This is a difficult environment, so we want to just be doing the best that we possibly can do. And we’re pretty much there.

“We’ve made some large investments, bringing in the right capabilities and asking the whole company to make sacrifices. It’s a very delicate and difficult balance, but that’s part of the strategy and the operationalising of it.”

The investments have already started paying off, because dwp recently secured a lot of healthcare work in Australia, which Brenton believes will allow the company to “see out” COVID-19. “The medium-term seeds that were planted in 2020 and 2021 are starting to show through,” he smiles.

“Coupled with our investment into capability for the future – we’re looking at mergers and acquisitions, specifically in Australia and the UK – we feel we’re in a good place to continue into the future, doing good design and being profitable.”

The bottom line is, Brenton says, dwp is still around. “We’re still here, and we’re better than we’ve ever been. We’re not on our knees; we’re out there fighting. And we are more determined, more focused and better armed with more enhanced capabilities than ever before.”

“Collaboration with a distinguished design company like dwp is a great inspiration. We work together to deliver a high-quality and long-lasting experience for our clients, supporting each other to achieve our mission of contributing to social wellbeing.” – Pakapaphob Pattanaphiyasuk, General Manager, Siam Okamura International 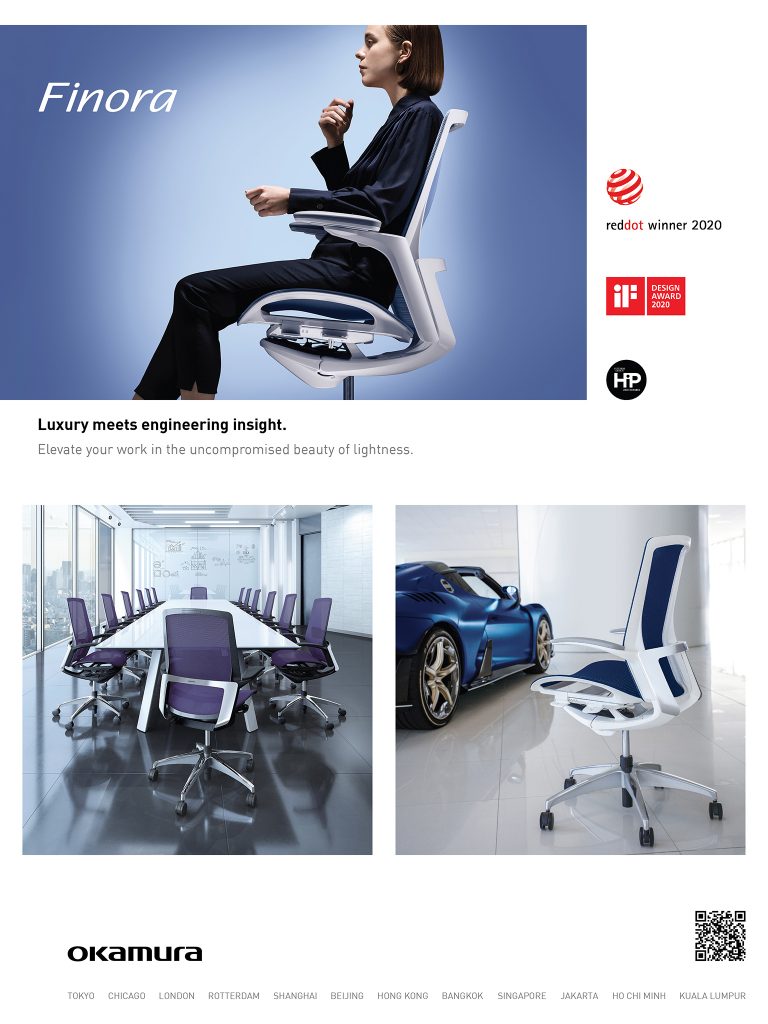