When The CEO Magazine approached Han Loke Kwang and asked him whether he’d be willing for us to feature him in the magazine, he seemed confused and taken aback. “Why would you want to interview me?” he asked modestly. “I’m an architect, not a CEO.”

But as Principal Architect at HYLA Architects, Han has a hands-on role in designing every project. And as the founder of HYLA, he has spent the past 25 years building a successful firm that the industry highly regards for its design excellence and professional service.

“I don’t measure success – creativity is more important,” Han explains. “For me, creativity means only looking forward, not back. I’m always looking at the next thing I want to do.

What’s the next design? Even within a project, what’s the next part of the design that I want to do? Of course, I want to be happy with everything that I’ve worked on, but once it’s finished and I’m happy with it, then it’s over and I move on.”

Although Han is reluctant to think of himself as a successful businessman, he does have a clear vision for leading his team of 18 employees, including young interns. “I’ve never seen myself as the CEO, but for my office, I will call myself the ‘creative energy officer’,” he says. “I need to give this energy to all my staff so that they can be pushed and inspired to do their work.

“As a leader, I believe it’s critical to give design opportunities to my staff to maximise their potential. So, even at a very young age, I give them responsibilities and ownership of their projects,” he continues. “I want to push them to see how far they can go. I think that’s the best way to help people grow and learn.”

After spending 32 years working as an architect, Han can’t imagine himself in any other industry. Yet he does admit he chose the profession on a whim. “I decided to become an architect only on the day I had to apply for my university course,” he recalls. “I chose it purely on the basis of what would be the most fun thing to do at university, rather than what I would like to do for the rest of my life.

It was very short-sighted, but when you’re a teenager, you often think only of the immediate gratification. The university prospectus showed students going to studios and making models, and I thought that looked like something that could be quite fun to do. Thankfully, it worked out okay.” 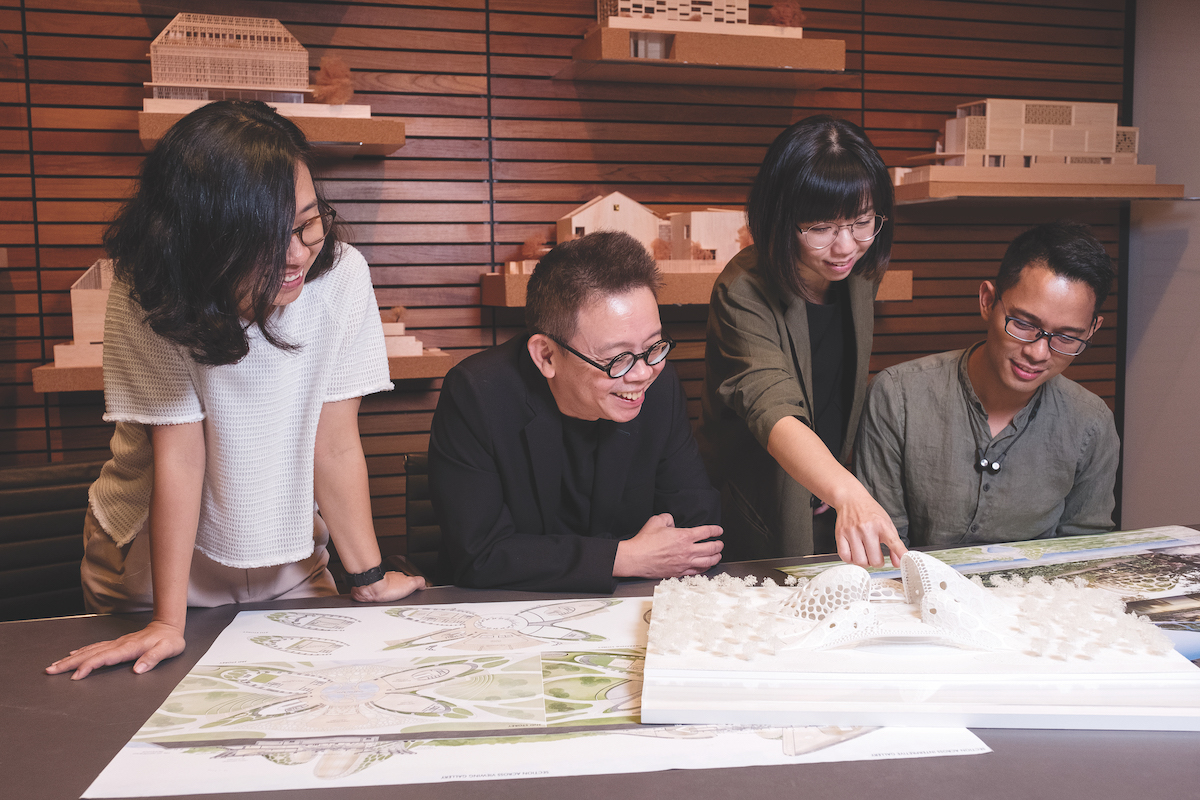 “Okay” is a bit of an understatement, given Han’s success in the industry over the past three decades. After graduating from university, he worked for Singapore’s public-housing authority, the Housing & Development Board. “In Singapore, if you get a scholarship like I did, there’s a bond. You have to work for the government for a period of eight years,” Han explains.

“So, I started my life as an architect working for the government, but I didn’t finish my bond. I bought myself out and joined a big commercial firm.”

After 12 months, Han realised working in a large company wasn’t for him. “When I became an architect, I always knew I wanted to start my own firm. That was always the end goal,” he says.

“So, I decided to set up my own firm with two other partners, and we formed HYLA Architects in 1994.” One of his partners later retired, and the other departed the business to start his own firm, leaving Han as the sole remaining founder and principal architect.

HYLA Architects has grown over the years and now employs 18 people, but Han points out it’s still quite small, and he has no desire to expand the business.

“I’m happy with the current size,” he says. “I like to have control over every project and every detail, so I need to keep it at a size that allows me to maintain this control.” Every year, HYLA Architects works on anywhere from five to 10 designs. Most of these are high-end landed residential projects. Han likens each project to making a movie.

“You assemble a team of people, and they will vary from project to project, just like a movie. Everyone has to be aligned to the same objectives and goals, and the architect is like the director, moving and pushing everyone along,” he says.

“I have been using, more or less, the same handful of contractors since the beginning, and some suppliers have also been the same. I’m very loyal to people who do good work for me and serve me well. I will keep going back to them.”

“I’m very loyal to people who do good work for me and serve me well. I will keep going back to them.”

Continuing the movie analogy, Han says delivering a happy ending for his clients is his top priority. “No matter what you do, usually there will be problems here and there in a project, but the most important thing is to have a happy ending,” he says. “Of course, there’s no substitute for doing excellent work along the way.

If you do excellent work, then clients will trust you, and they will listen to you. It is also very important for us to listen to the clients, to really hear what they’re saying, because design is such a subjective thing, in many ways. Personal reactions are hard to predict, so we have to be very sensitive to what they say and try to anticipate what will work for them.”

HYLA Architects has won numerous prestigious accolades, including Singapore Institute of Architects Architectural Design Awards and URA Architectural Heritage Awards. The firm’s work was also included as one of 1,037 exemplary buildings around the globe in The Phaidon Atlas of 21st Century World Architecture. “It’s always nice to have someone else recognise what you’re doing,” Han says. “A client of mine once said that I live, breathe, eat and sleep architecture – and that’s very true.”

“My favourite quote comes from (Indian civil rights activist) Mahatma Gandhi: ‘When I despair, I remember that all through history, the way of truth and love has always won. There have been tyrants and murderers, and for a time, they can seem invincible, but in the end, they always fall. Think of it – always,’” Han says.

The passionate architect holds all of his past projects close to his heart, refusing to single out any favourites. “Every project is like a baby, and I often use the analogy that we are like surrogate mothers,” he says.

“Every project is like a baby, and I often use the analogy that we are like surrogate mothers.”

“Each project usually lasts about two years. So, we are like surrogate mothers for the client’s baby, and during the time it is in our hands, we love it, take care of it and give it all our energy, attention and creativity. When it’s finished, we give it away. We say, ‘Okay, here you go – this is your baby.

We’re finished with it, now you take care of it.’ A parent is proud of all the babies he looks after, so my goal is to be proud of every project.” 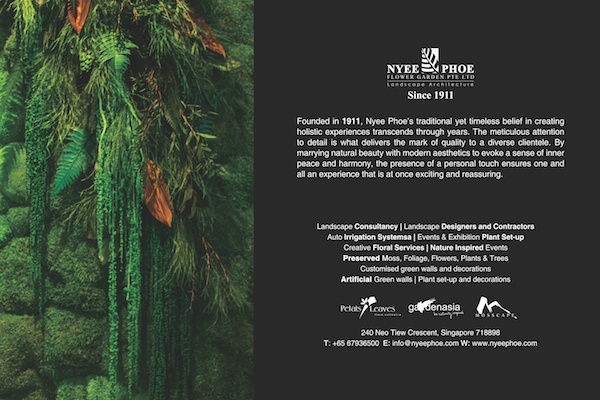 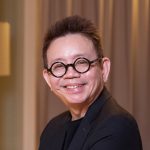