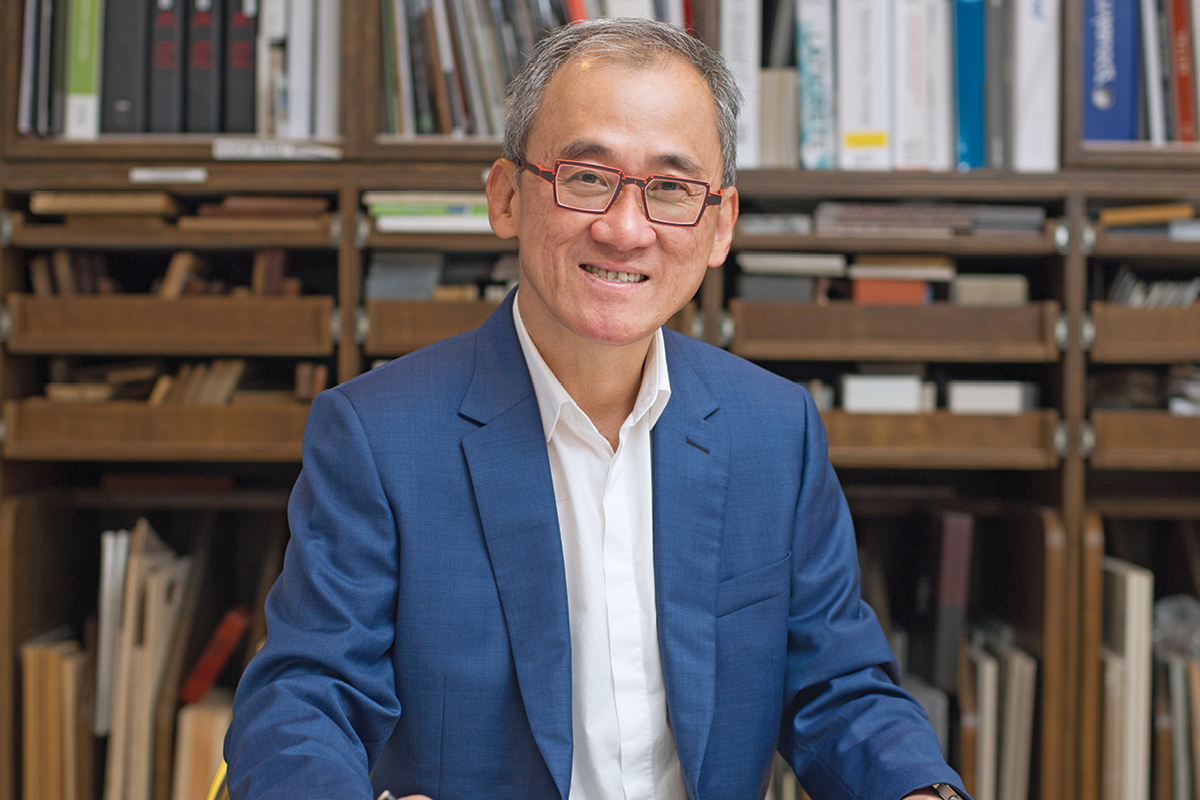 Forum Architects Founding Director, Tan Kok Hiang believes the word ‘innovation’ is overused in the world of architecture. Instead, he suggests that more thought be put on beauty. “Beauty is one of the rare positive thoughts that crosses your mind,” Kok Hiang tells The CEO Magazine.

“If you think about it, we entertain many anxious and negative thoughts on a daily basis. We worry about meetings, we poorly judge people we meet, and we think the worst of stressful situations. But then we see a beautiful Japanese fabric or a Javanese dance or a beautiful home or a nicely plated meal, and we feel wonderful. 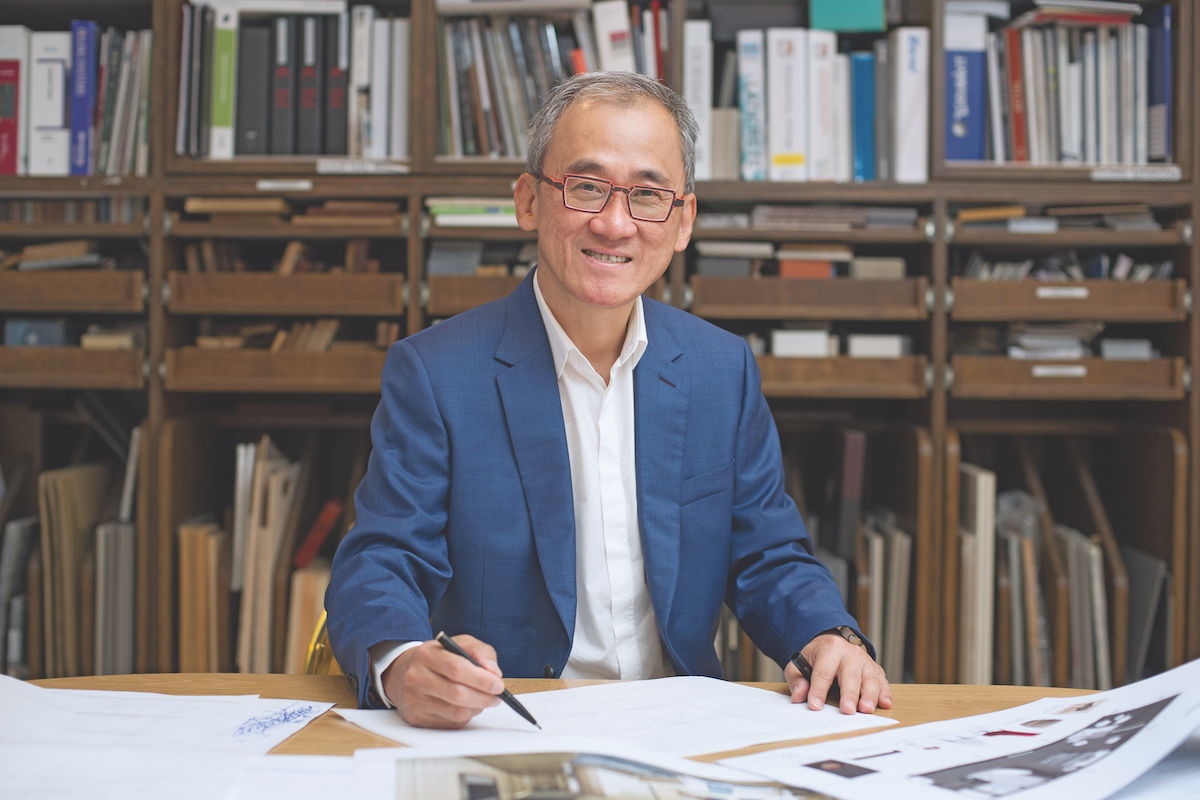 It creates a pause from the onslaught of negativity. So I believe it is essential that clients and architects recognise the tremendous effect that beautiful architecture creates.”

Kok Hiang acknowledges that “it is in an architect’s DNA to want to break new ground and be innovative”. But this should not be the only focus. “Sometimes, that effort takes away energy that could have been spent refining and creating beautiful proportions and details,” he says.

“The world of architectural design awards recognises innovation more than a well-crafted and simply beautiful piece of architecture. I think there has to be more of a balance.”

Kok Hiang did not intend to establish the Singapore-based architecture company in 1994. He had been working at architecture firm Akitek Tenggara, and after completing tender works for the KK Women’s and Children’s Hospital in Singapore, he decided to take a break.

“I told my then-boss, Kheng Soon Tay, that I wanted to leave,” Kok Hiang recalls. “But it didn’t turn out to be a break at all because Kheng Soon generously handed me two projects to continue with. They weren’t small projects for a small start-up so I was incredibly lucky. The unfortunate thing was I did not get my break and still haven’t to this day!”

Its reach extends past Singapore to countries including the Maldives, Egypt, China and Malaysia. Forum Architects has won more than 50 awards, while Kok Hiang was awarded the President’s Design Award Singapore for Designer of the Year in 2014. Kok Hiang has a number of favourite designs within the company’s portfolio. “Each has something special and different that I wanted to create,” he muses. For Henderson Community Club – which was paired with a four-storey Neighbourhood Police Centre – he says, “I wanted to break the mould of the usual community club and invested in creating synergy between cohabiting organisations on the same site.”

The Boon Tat Street shophouse – with its unconventional aluminium roof – “was an exploration into contemporising the indigenous shophouse architecture”. The Assyafaah Mosque “was the creation of a modern Singaporean mosque that bore no relationship with Middle Eastern models”.

And where does Kok Hiang get ideas for his designs? “I am not sure,” he ponders. “The famous architect Louis Kahn used to say that architects are just the medium through which the design solution flows. So I guess, it’s about listening; to the site, the users, the times, and hoping like hell that what comes out isn’t rubbish!”So far, one of the most challenging projects Kok Hiang has worked on is the Yale–NUS College.

“The famous architect Louis Kahn used to say that architects are just the medium through which the design solution flows.”

“The project was challenging because there were essentially two clients, Yale and the National University of Singapore, and both had very exacting standards,” Kok Hiang explains. “The presidents of both universities were very involved in the design process and looked at details involving colours, plant types, and so on.

They were extremely intelligent and well-informed so you had to always be well-prepared. The project was about finding the sweet spot between architecture in the tropics and Yale’s 300-year history, grounded in a totally different cultural and climatic milieu.”

In the more than 25 years that Kok Hiang has worked in architecture, he highlights that buildings have undoubtedly become more complex. “Twenty years ago, we would make a ‘guestimate’ of rain or ventilation into a building and then design the appropriate openings,” he says. Kok Hiang adds that as buildings have improved, architectural practice has become much more demanding. This in turn means procurement systems tend to seek bigger and more experienced practices.

“The downside of that trend is that younger and smaller firms today do not have the same opportunities that we had 20 years ago,” Kok Hiang notes. “This is not healthy because the firms doing really nice work today grew from small practices 20 years ago.”

As the company heads into the future, it is keeping its eye on benefiting clients in the Asian region – particularly in the healthcare and hospitality sectors.

And as for Kok Hiang, one type of building he looks forward to designing is a winery. It’s one of the few structures he has yet to design. “I know that sounds superficial but I like wine a lot,” he says. “I believe I understand wines, winemakers and wine drinkers enough to create something wonderful.” 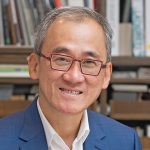