The impact of Brexit extends beyond the economic ramifications; even though building construction services provider Reiwag operates across central and eastern Europe, far from the UK, Managing Director Viktor Wagner has already noticed some division.

In London, for example, he was taken aback by the locals’ subconscious distinction between ‘Britain’ and ‘Europe’. Despite these tumultuous times and the ever-changing political-economic landscape, Viktor remains stoic, a philosophy that dictates his approach to business.

“We have to do our best to succeed all the time, to make everyone happy, particularly our clients,” he says. “Life goes on. We have to accept what these politicians are doing, and we have to find the best way to be successful, as we always have.”

Reiwag, a provider of cleaning, administrative and security services for buildings, has a history going back more than a century. In fact, the company began with Viktor’s grandfather Jakob, who established a cleaning company in 1903. In that time, Reiwag has weathered numerous economic downturns.

Decades after the company’s birth, Viktor’s father advised him that postwar Europe offered no future for cleaning services so young Viktor sought a career in banking, first in Vienna, then in New York. Upon returning to Vienna, Viktor set about starting his own business, partially funded by a car insurance payout, and informed by the business acumen he’d absorbed from his time in the US.

Eventually, he merged the company with his father’s, and Reiwag began to grow into its current iteration. In 2017, the company’s turnover was more than €70 million and at the end of 2018 it reached €76.5 million. Of Reiwag’s profit, Viktor characteristically says he’s “not unhappy with it”.

The success of Reiwag, Viktor believes, is down to the employees, and he’s careful to ensure that their contribution doesn’t go unnoticed, taking the time to personally thank each employee.

“The most important thing is that (employees) know we need them. Without them, we have nothing.”

“We also invite our customers to share their compliments with our employees,” says Viktor. “Our employees are proud of their work. They receive acknowledgement and awards. The most important thing is that they know we need them. Without them, we have nothing.” Viktor notes that this recognition has, on occasion, brought employees to tears (of joy). It’s no surprise that an employee celebrating their 15th, 20th or even 25th anniversary with Reiwag is not uncommon. As an example, Viktor recently celebrated the Czech Republic managing director’s 20 years with the company, while the Vienna managing director, Thomas Dittrich, has already hit the 30-year mark.

Even those employees reaching retirement age are often unwilling to leave the company, says Viktor. To accommodate them, he is willing to provide positions with reduced responsibilities or hours so they still feel both valuable and valued. As far as he’s concerned, the only thing that matters is an employee’s ability to meet a client’s needs.

“If they’re working well, then they’ll be accepted by our client,” he says. “When we show our client the results of the past few years, we explain that the most important factor is that employees are happy, confident and enjoy their job. Our clients have discovered our staff are fantastic people.

In Austria, we have people from 39 different countries working for Reiwag. We’re successful. Everybody has to do their job. We try to help them. We teach them. We have a training centre. We do our best to make them successful and provide a lot of know-how.”

Clients have noticed Reiwag’s commitment to its employees and the fact that the employees extend that same commitment to the company, its mission and its clients. This culture has contributed to Reiwag’s customers being deeply loyal to the service provider, to the point where Viktor has been asked several times to help facilitate a client’s international expansion.

Moldova is a good example – the Kaufland Group, a German hypermarket chain, recently expanded to Chisinau in Moldova, but being a client of Reiwag in existing regions, the Group decided it needed Reiwag’s help to make that move. Viktor agreed to go with Kaufland to Moldova and having a pre-existing client relationship there meant Reiwag could also expand to the region without any significant risk.

Conversely, Serbia represented the other side of that coin; Viktor says the lack of friendly customers resulted in the Serbian division not making a profit until last year, even though it’s been operating since 2011. These days, growing international expansion in Serbia has vindicated the company’s move. Similar requests have been made regarding Montenegro, though Viktor is not yet convinced the small nation can accommodate Reiwag; caution is essential when building a brand. “If you increase the business too quickly, it can be risky for maintaining a healthy culture,” says Viktor. “The service business is based on people. They have to do these jobs. They have to be available for the clients more or less 24 hours a day. Because if the client calls up and needs help, the employee needs to have the right urge to take care of the company and its clients. We need everybody to have a service-oriented mind.”

Viktor believes that Reiwag can’t achieve success on its own; the employees must be totally invested in the company’s mission. “I can work 15 hours per day, I can do this and that but if we don’t have the right people in different countries, even here in Austria, we don’t have a chance,” he explains.

“I have an unlimited opportunity to be successful, but only with the right people.” 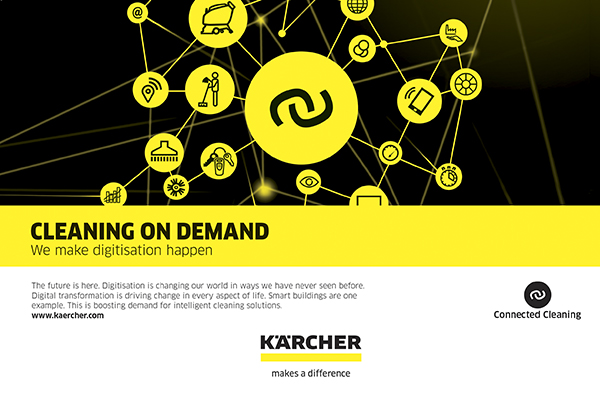 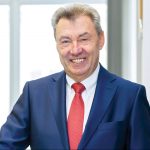