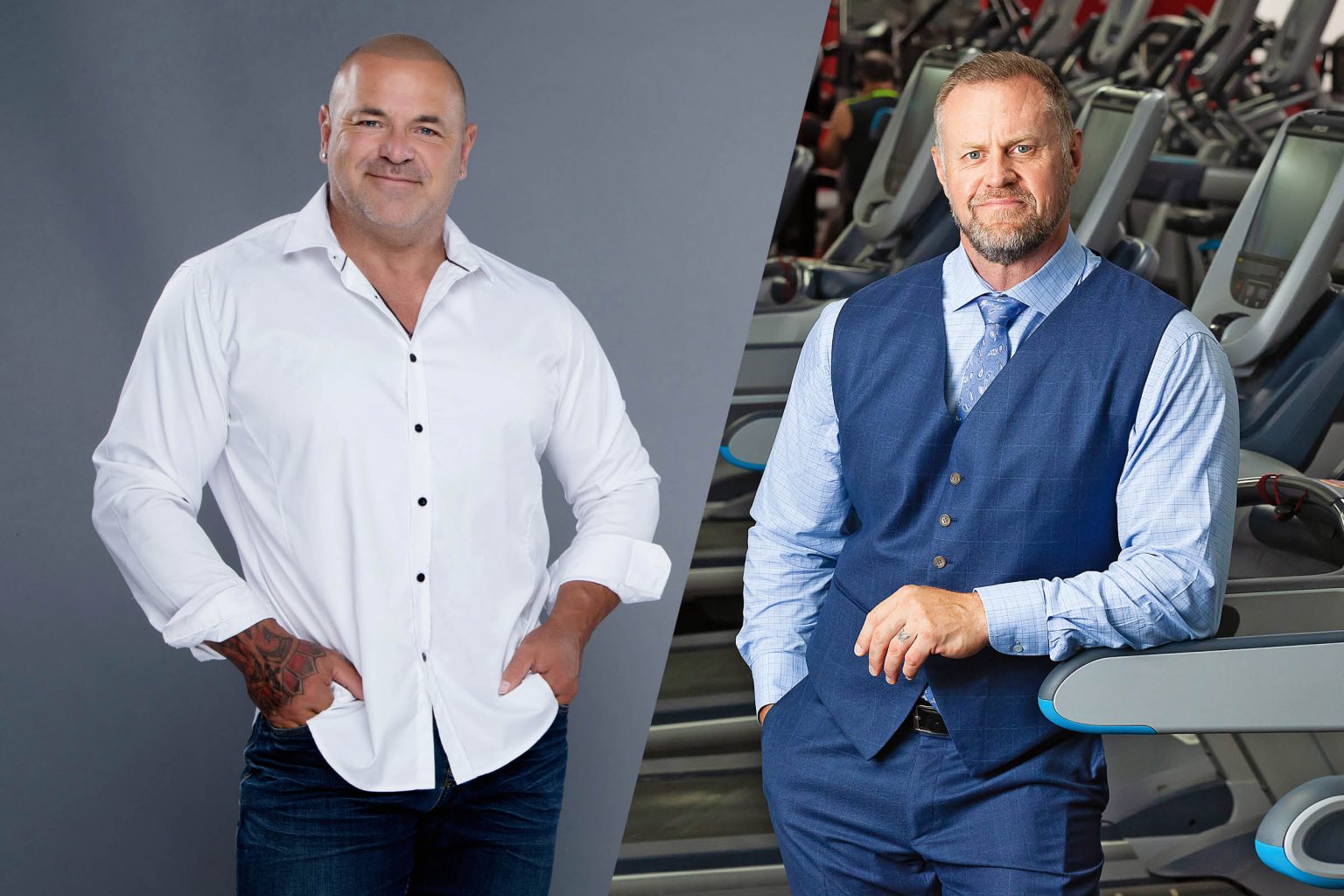 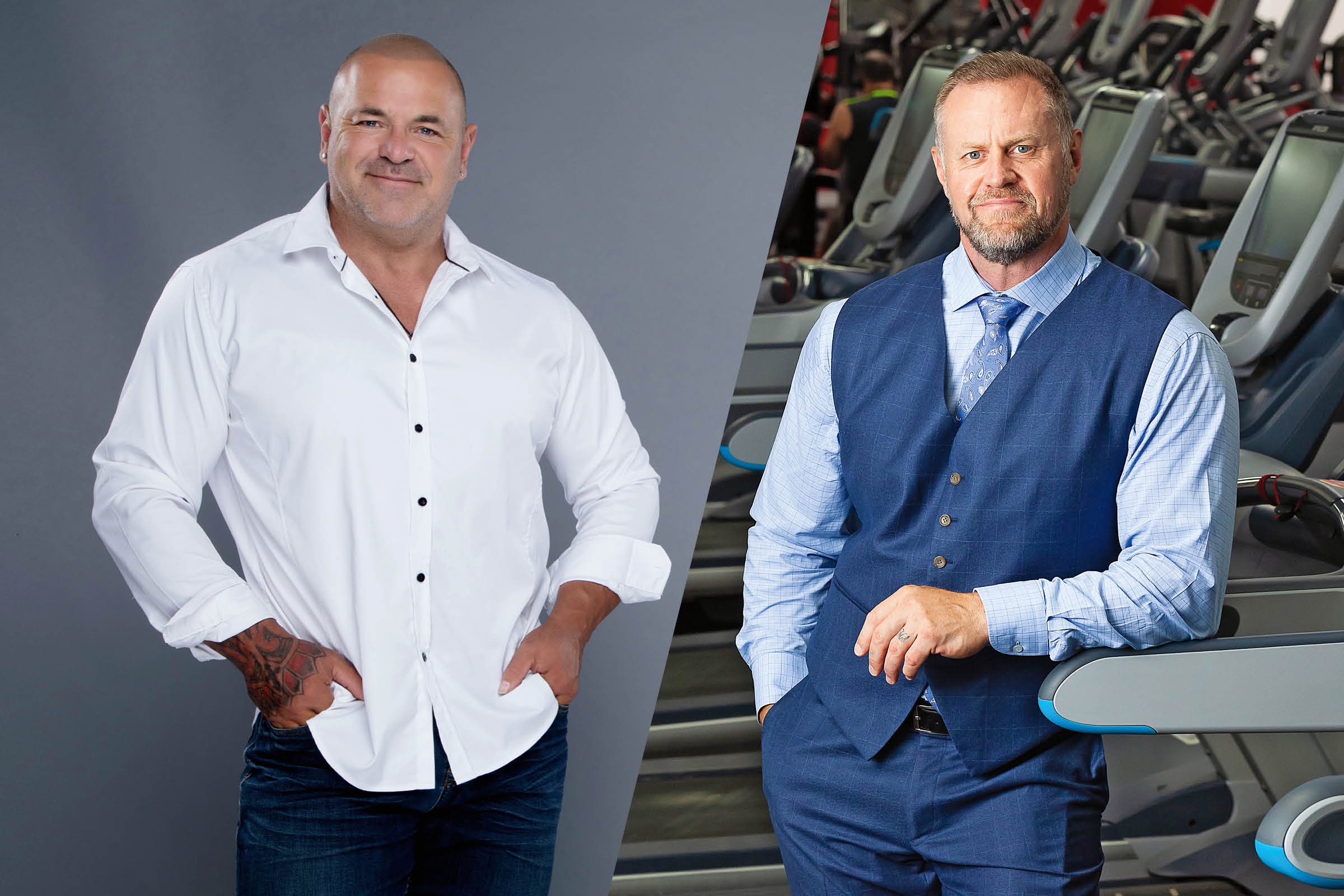 “For a gym operator, it’s really difficult to try to keep up with that,” says World Gym Australia Director Mike Nysten (pictured right). “However, some do try, and they end up changing their fundamental core to adopt the fad into their businesses; oftentimes neglecting the stuff their loyal customers want them to have. Then, they start losing people because all that’s left is the fad people. And just like the fad, they come and go quickly.”

As a longtime fitness enthusiast – Mike has been training since he was 14 years old – he’s seen this script play out time and time again. In fact, it gives him a bit of a chuckle when he thinks back to when he and his business partner, Director Jon Davie, went on to open the first World Gym in Australia in 2008.

The duo faced a lot of resistance over the name of the business. Everyone from their peers to equipment suppliers was telling them that it would be crazy to include the word ‘gym’ in the club’s name. They said people wouldn’t join because of the stereotype attached to the word.

“Gyms are hard work, they’re sweaty, and all of those bad things actually get you results,” Mike smiles. “Jon and I have always said if you’re going to come to our gym, you’re going to have to sweat, but you’re also going to get results.”

“Culture is everything. No matter what business you are in, the culture your brand offers is what attracts members. And the culture you instil in the club is what keeps those members. ”
-Jon Davie

Because of this strong foundation, they stuck to their guns and kept the name. “We weren’t afraid of the name. Jon and I both believe that the best results come from a well-equipped gym,” he says.

If anyone needs proof, they just need to take one look at the two of them. Mike is a former Mr Australia and has also been placed in the top six in the Universe Championships five years ago. And Jon is a retired bodybuilder with a slew of competitions under his belt.

Surprisingly though, the majority of a gym’s population isn’t the bodybuilder type – they only make up about 2%. Most gym members are the average person, who simply wants to build a fit and healthy body.

“Even though we both have backgrounds in bodybuilding, we didn’t want to open a club that solely went after one market. We wanted to offer the opportunity for anyone to come and find a place in a gym where they felt comfortable and that offered the best equipment, trainers, classes and so on for them to reach their goals,” Jon shares.

And they didn’t want to just open a local gym using their names. They wanted a gym that had some strength behind it. That’s when they met with Mike Uretz, CEO of World Gym International, back in 2006, and their search was finally over. “World Gym was somewhere we felt right at home,” Mike tells. “When we met Mike, it was almost like a family reunion. We hit it off straight away. We had very similar ideals and views on where fitness was going and where it had come from. It was just a very good fit for us.”

Two short years later, Mike and Jon opened their first World Gym Australia in Penrith – a state-of-theart club with a functional gym floor that’s become synonymous with the World Gym brand. Over the years, not much has changed. Each of their 32 gyms around the country still has the iconic gym floor full of weights and people moving about.

And each is outfitted with the equipment necessary to achieve results. “We’ve always kept that the uniform component of our business,” Mike reveals.

“But over time, that has definitely evolved to allow more styles of fitness within our building. Now, there are more functional areas catering to different types of training. Where these spaces used to take up about an eighth of a space in a corner somewhere, they now take up almost half of the gym.”

World Gym Australia is setting the standard for World Gyms across the globe. Directors Mike Nysten and Jon Davie work closely with World Gym International to help roll out clubs in other countries based on the profitable model they built in the land Down Under. “The way we have built our clubs in Australia has grabbed international attention because nobody in the world gym front does what we do in terms of retail within our gyms,” Mike says. “The global World Gym market is looking to us for advice on how to encapsulate what we’ve done here and model it in places like Dubai, the Philippines, Egypt, Russia and other places throughout the world.”

Driving this evolution was the skyrocketing popularity of the fitness phenomenon CrossFit and the rising number of women who were getting into fitness and bodybuilding.

“CrossFit was instrumental in gaining us a bit of traction. Because as people started getting into CrossFit, which is all about weights, barbells and planking plates, they realised that sometimes they wanted to do something else too,” Mike points out.

“And our functional gym allows them to do that. It’s a modern approach to a gym because it’s all-encompassing.” Not only does each World Gym Australia franchise have the best equipment and best gym floor, but it also has a cafes. “We encapsulate everything needed to get results, but nothing more. There’s no fluff,” Mike says. “There are cafes, but they’re designed as part of the function. You need to have protein after you train in order to recover and grow muscle.” More than simply helping their members get ripped, these cafes also offer additional touchpoints for interaction. “They give us more opportunities for conversation,” he explains.

“We’ve always believed that we’re a service industry and, therefore, we are constantly looking for ways to reach out to our members and ensure they’re receiving value out of their memberships. It’s more than just scanning their cards and giving them a smile. These cafes and the retail sector, in general, help us build relationships with the people who come through our doors.”

It’s all part of the World Gym culture. Unlike other gyms that focus heavily on high membership rates, World Gym homes in on usage rates. “Culture is everything,” Jon stresses.

“No matter what business you are in, the culture your brand offers is what attracts members. And the culture you instil in the club is what keeps those members. So, where other clubs open and push for thousands of members, hoping that half won’t come back because they don’t have the space, staffing or resources to cope and cater to that number of members, we set out to equip our facility for return members. We do this by offering the staffing and servicing that gets them results. It’s our best retention tool.” Mike adds,

“We actually want people to join our gym who want to train and become fitter, healthier, stronger and to lead happier, longer lives. That’s always been our goal.”

“We actually want people to join our gym who want to train and become fitter, healthier, stronger and to lead happier, longer lives. That’s always been our goal.” – Mike Nysten

That’s why when the COVID-19 pandemic hit, World Gym made it out not only unscathed, but also better than ever. Two weeks after reopening in June, the company signed a whopping 5,000 new members across the country.

“We were doing the right thing by people at the right time, which I believe is something we do anyway. But the pandemic just gave us a good way of showing it,” Mike says. And the “right thing” he’s referring to is offering an online platform of at-home workouts for everyone – not just members – that was completely free of charge.

“We created a gym online, which came at the donation of our people’s time. And it was free for everybody. We ended up having about 1,300 non-members on the platform using it.

“We wanted World Gym to be at the front of mind for people. That way, when we reopened, they’d remember that it was our club that supported them through this challenging time. It had a really good impact. We had a net gain of members through COVID-19.”

While Mike and Jon have always taken a careful approach in regard to opening new clubs – they’ve opened 32 clubs over the past 14 years – the COVID-19 pandemic only offered more proof that it’s indeed slow and steady that wins the race.

“This pandemic has taught us that nothing’s certain anymore. Anything can happen,” Mike says. “So our focus is definitely growth, but careful growth. Jon and I think very carefully about every gym we open – we won’t allow a franchise to open a gym that we ourselves wouldn’t open because we don’t want to put anybody in a position where it doesn’t work.

“Our brand is everything and we want to make sure that it has some real longevity. We’re opening five to six clubs a year, and we feel that’s a good, sustainable amount. It gives us a good foundation and time to ensure that we do each of them right. And it’s working, because every time we open a new club, they just keep getting better and better.” 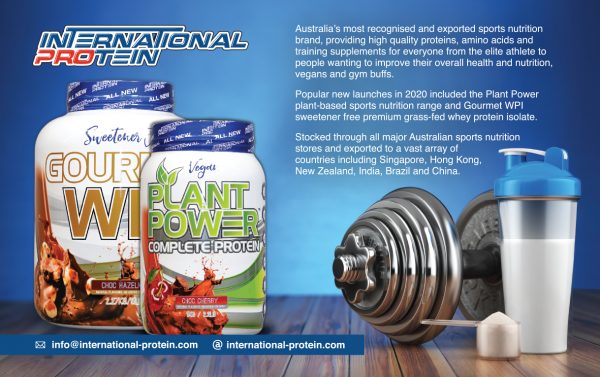 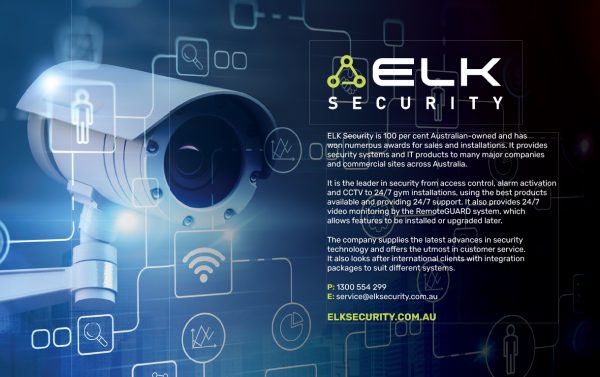