Fit for a kingdom: Justin Musgrove 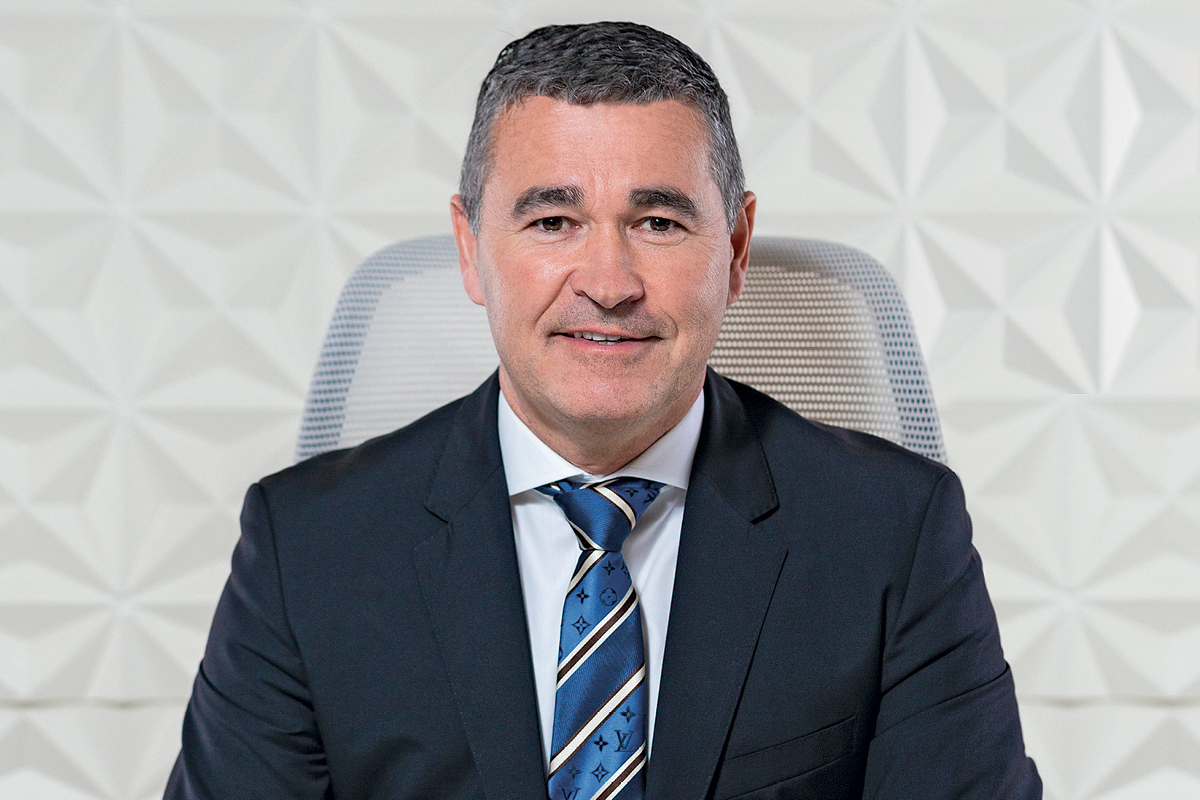 Justin Musgrove isn’t the first – and won’t be the last – executive who believes that now is a very exciting time to be running a company in Saudi Arabia. “The level of transformation here is literally happening daily,” the CEO of Leejam Sports Company (Leejam) enthuses.

From tourism to real estate and, in Justin’s case, fitness, dormant industries are now awakening as a result of Saudi Vision 2030, Crown prince Mohammed bin Salman’s strategy to reduce Saudi Arabia’s dependence on oil, diversify its economy and develop public service sectors such as health, education, infrastructure, recreation and tourism.

“There’s a real focus on growing the health and wellbeing of the nation,” he continues. Having opened its first Fitness Time gym over 15 years ago, and currently with 130 locations (and counting) across the country, Leejam is perfectly positioned to play a leading role in this transformation.

“Obviously, increasing the number of active members of health clubs contributes to the health of the nation. Beyond that, however, we’re working on projects with both the Ministry of Health and the Ministry of Education,” he says.

One such initiative, currently in the design stage, is a container (“a travelling gym, for want of a better word,” Justin explains) that will travel around schools to raise awareness about diet and exercise.

“There’s a lot of obesity and diabetes and we want to intercept that before the figures get any worse,” he continues. “Plus, these are our customers of tomorrow and it is important to start them thinking about their health today.”

After four years as CEO of The Bannatyne Group (and over 12 years of employment with the company) in the UK, Leejam’s market-leading position in the Middle East was something that drew Justin to the role in late 2019.

Yet the changes inside the Kingdom aren’t going unnoticed around the world and he acknowledges that, as a brand, Fitness Time has competition biting at its heels.

My job is to protect the future and to transform and innovate Leejam from a cherished Saudi brand with some 15 years of tradition to a global leader in terms of technology, strategy, HR and employment.

Along with its main local competitor, Bodymasters, he says a number of international players are either already or soon-to-be on the ground. “They see Saudi Arabia as a honeypot of opportunity,” he says.

Which means, that despite its current market placement, the company expects stiff competition ahead. “My job is to protect the future and to transform and innovate Leejam from a cherished Saudi brand with some 15 years of tradition to a global leader in terms of technology, strategy, HR and employment,” he affirms. 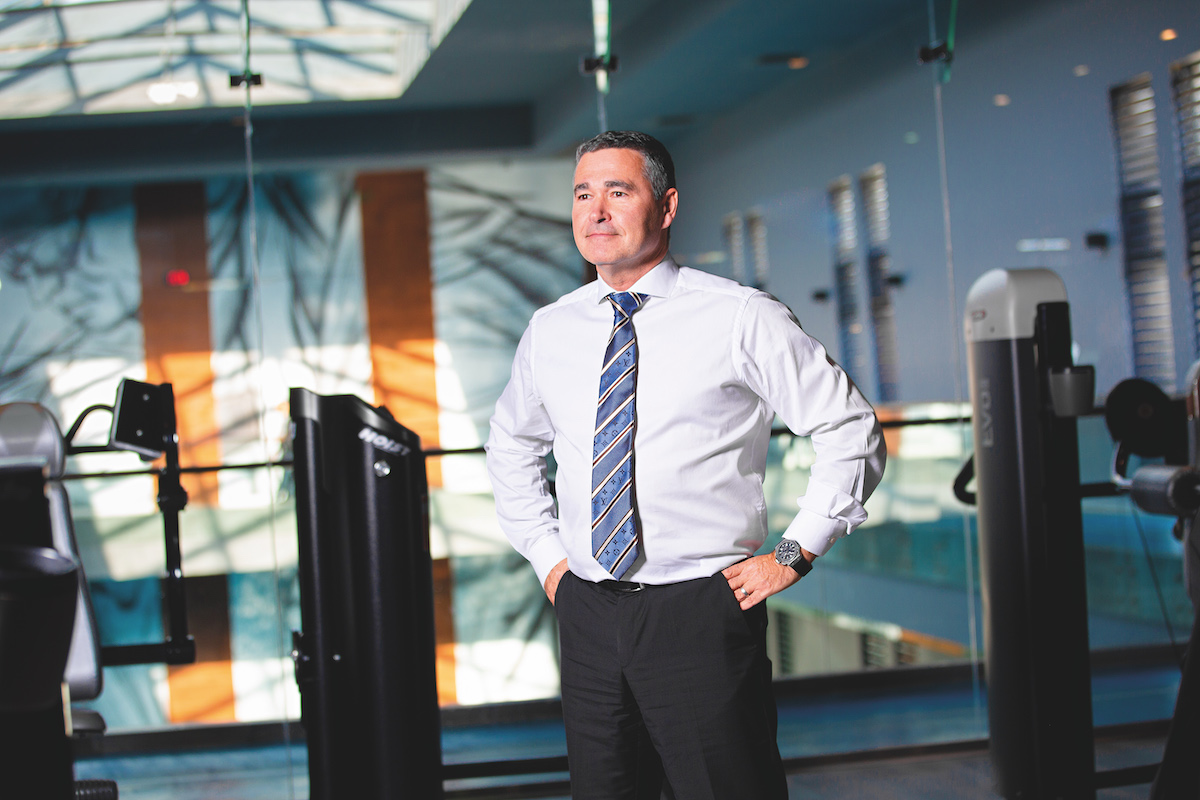 His is a multifaceted approach to the challenge. “We’re already the most accessible fitness chain in the country,” he says, adding that most people decide on a gym to join based on location rather than price.

“We will continue to expand, with 15 additional locations every year for the next three years,” he continues.

Along with its full-service Fitness Time offering, other formats are being pursued. “We are diversifying into the small box model and hope to launch seven locations by the end of Q2 this year,” he explains, adding that while these will be powered by Leejam, they won’t be under the Fitness Time name.

“We are also introducing a ladies’ boutique gym as well as a budget men’s concept, which will be open around the clock.”

Outside the country, the company also has four locations in UAE – a figure set to double by the end of the year. Another area of enormous potential for Justin is female fitness, a market that has only opened up in the past two years.

In this short space of time, the company has opened 34 of its women-only Fitness Time clubs. From a career spent working in his native Britain, Justin acknowledges that the past few months have been a crash course in local customs, such as segregated gyms.

“I find the cultural differences fascinating, but we’re changing,” he laughs, before praising his team. “I’m tapping into their experience in the region and learning very quickly.”

While mixed gyms may be far off on the horizon, one taboo set to be broken is music. “I know it’s surprising that we don’t have music in any of our gyms but until now it has been forbidden.

But people are working out with their headphones on, so they are obviously listening to it,” he says. A blend of Arabic and Western music has been selected as an appropriate soundtrack to the gym experience.

Music is just one of the “enhancements” Justin is planning to add as he looks to protect and enhance Leejam’s future. “If you take a look inside our business, we don’t have any extras,” he explains.

Selling food, beverages and protein supplements has been identified as avenues to both increase revenue and overall customer experience. “We’re also looking to add spa services such as manicures, pedicures, massages and salon services to our female gyms,” he adds.

Beyond the traditional fitness centre models, Justin explains that the company is also looking to grow its corporate wellness business. “We’re currently located inside two financial institutions and one major petrochemical company,” he says.

“Rather than selling them memberships, we are paid to manage and operate gyms for their staff under the Fitness Time banner.” He calls it a significant area of interest for leading businesses in the country. “We’re in talks with all the big players,” he adds.

While his short-term strategy seems firmly mapped out, Justin admits that there’s a long way to go. “The industry is less than 20 years old. And, when you consider that we have over 130 locations and a majority share of the market, that tells you that it’s still very small.”

Compared to the US, Scandinavia and the UK, where the percentage of the adult population who are gym members is well into double digits, in Saudi Arabia it stands at around 4%. “There is lots of potential,” he enthuses. “And plenty of room for growth.” 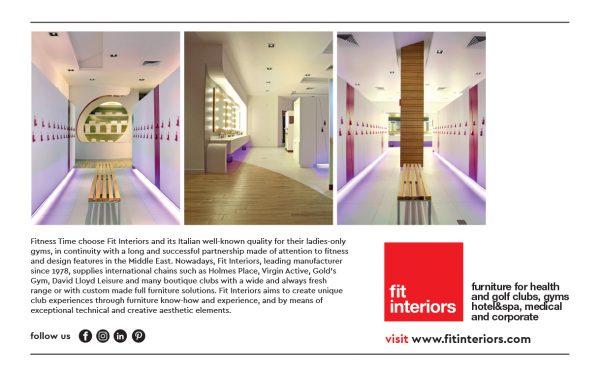