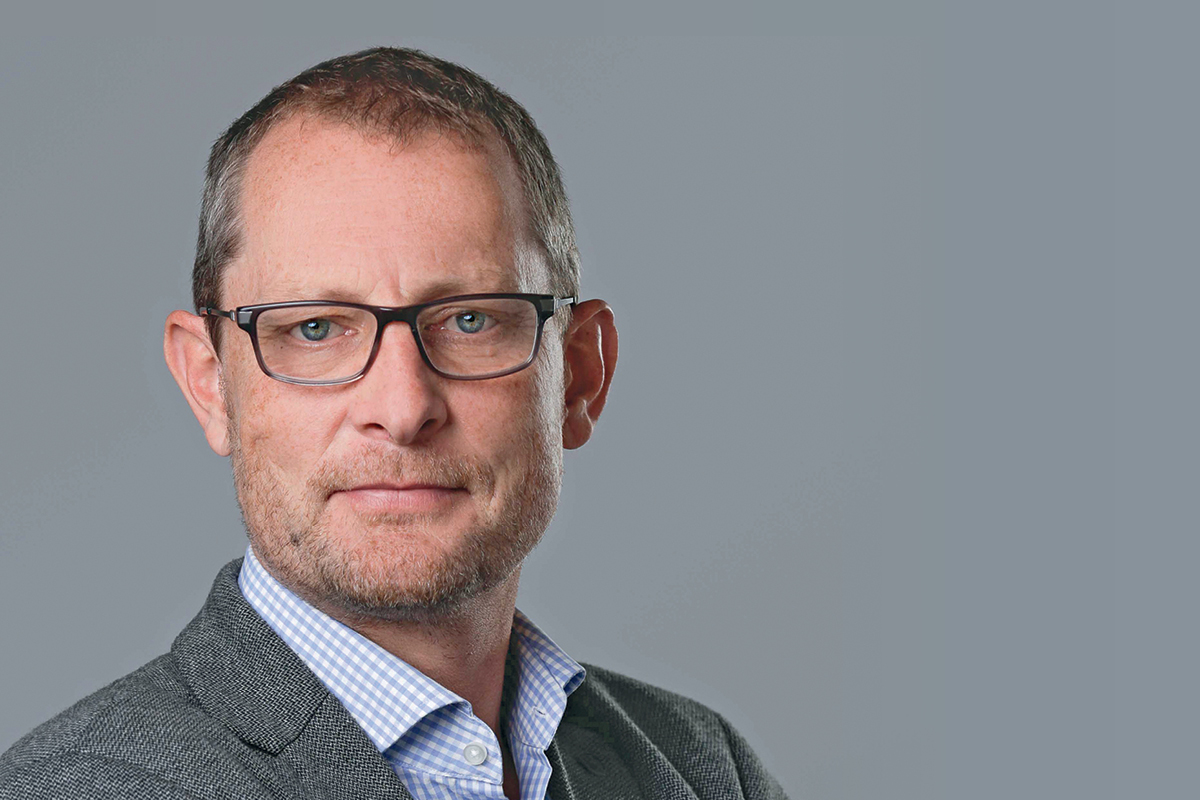 For Robert Klein, the most memorable football match will always be the 1978 FIFA World Cup Final that he watched as a boy of eight. “I saw the match at home with family and friends. I remember the incredible atmosphere; the stadium raining with confetti. I also remember being impressed by Mario Kempes, Argentina’s football superstar.”

Little did he know that 40 years later, meeting football stars and watching live matches would be just another day at work for him. As CEO of Bundesliga International, the international arm of the eponymous German football league, Deutsche Fußball Liga (DFL), Robert’s career today is one that would probably have his eight-year-old self constantly weak at the knees and starstruck.

What young Robert most definitely wasn’t aware of, however, was the reality of leading a sports entertainment business. Bundesliga International was set up in 2017 to extend the German league’s presence outside Europe. “We have been marketing the league internationally since 2008, but it has always been through selling media rights to our matches,” Robert shares.

“With the establishment of Bundesliga International, we are trying to go beyond that. Our company is one component of the DFL Group, which produces all the content surrounding Bundesliga matches – whether live, digital or social. In effect, the DFL Group is now a multifaceted media company focused on telling the Bundesliga story, not only in Germany but also across the world.”

In the two short years of its existence, Bundesliga International has extended its footprint across the globe. Robert explains the organisation’s rapid expansion: “We had our first international office open in 2012 in Singapore to cover the Asia–Pacific region. South-East Asia has a huge fan base.

There’s over one billion football fans, of which more than half are interested in the Bundesliga and one fifth are what we call ‘avid Bundesliga fans’. This means they follow us week in, week out.”

“In March this year, we opened an office in China for the sheer size and footballing potential there,” Robert adds. “We’ve also entered into a partnership with IMG Reliance in India to grow our business there and, of course, we have our office in New York, which serves the US, and Canada, as well as Central and Latin America.”

Then there is the team of experts, built over the last two years in communications, event marketing, digital, key account management and business intelligence at the company’s offices, all of which Robert says are “central” to the global company.

“Fans and business partners demand customised and localised solutions to feel the emotional connection with our league, clubs and superstars. Through our unique set-up, we can deliver this where they want it and how they want it,” he says.

Running such an international brand and incorporating the different demands of different cultures must take some doing when it comes to leadership, but Robert appears to have that all sewn up, too. “It’s a combination of trusting and challenging,” he explains.

“In my early years, I had several superiors who covered the whole gamut of management styles. I had a micro-manager, an inspirational manager and an insane manager. What I learned, and what certainly worked for me, was giving your co-workers and your team autonomy and responsibility. 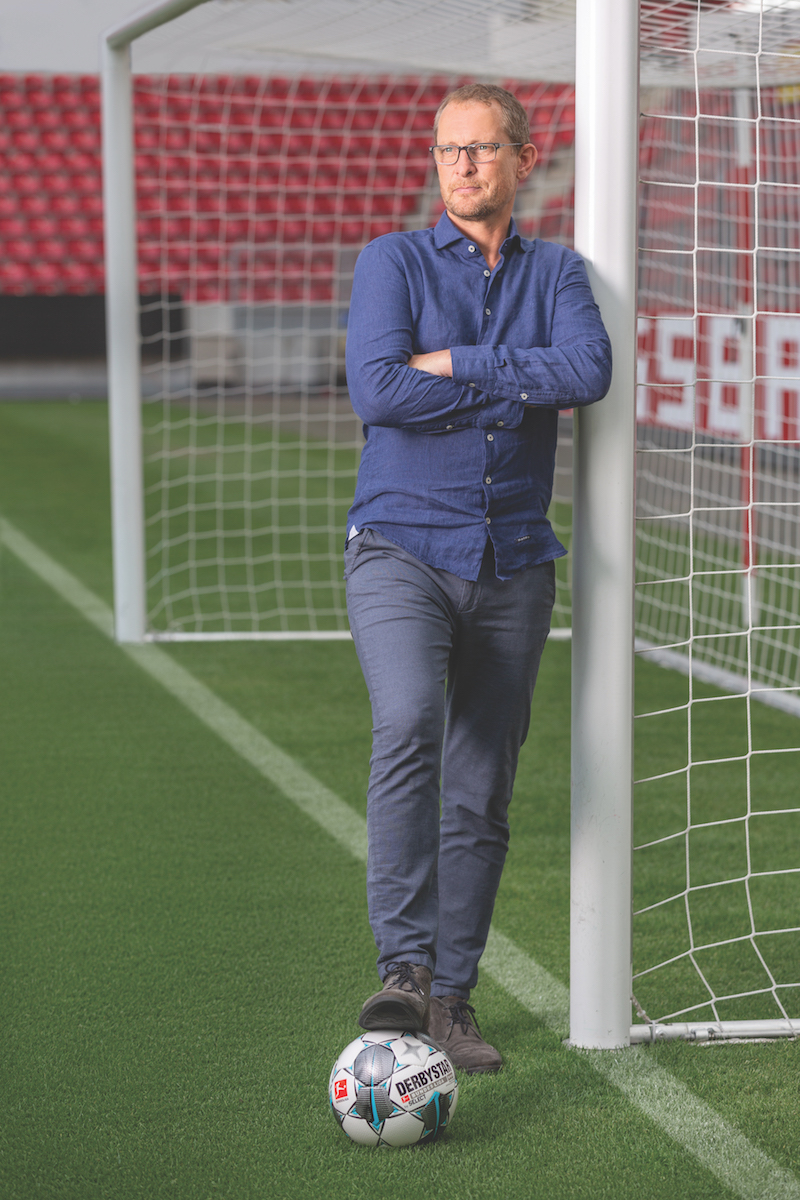 If you encourage a culture of openness and frankness, you give your team an ability to challenge, speak or make a decision. If it’s wrong, you deal with it, and if it’s right, you continue. If you can espouse this, then you are going a long way down the road to seeing a motivated and inspired team.”

But then, of course, there are the fans. Keeping your team onside is one thing but keeping the fans captivated is quite another.

Wooing the next generation of football fans – the gen Z – has proven to be somewhat of a challenge for the Bundesliga.

“They have brought with them a huge shift in the way content is consumed, and we need to be able to adapt and deliver to their preferences,” Robert admits.

“I think you can learn from all the regions and, in our case, we had to because we need to understand what our partners in the different regions want and also what the fans want.”

Full-length matches watched on big screens remain as popular as ever, but data, such as impression rates collected from videos, have proven that it’s the game highlights, or short-form content, that is the greater attraction for younger fans.

Keeping score: The Bundesliga by numbers

The number of countries in which the Bundesliga is broadcast.

The average attendance of all Bundesliga matches, making it the highest attended football league in the world. Seven clubs averaged attendances of 50,000 or over for each match day last season.

The league’s overall turnover in the 2017–2018 season. Its revenues have doubled in the last decade.

The firm is also working on providing more customised content. It has come up with a unique tool that allows media partners to choose the type of match updates they want to deliver to their viewers. They simply have to input the player they want to showcase, the match they want to receive highlights from, as well as how long those highlights should be, and they will receive a video customised to their preferences after the match.

With such clear plans and a global strategy, Robert hopes to lead the Bundesliga to becoming the most popular sports league in the world. “Bundesliga occupies a sizeable chunk of the sports business,” says Robert.

“It’s currently the sixth biggest of all sports leagues – basketball and American football included. In football, or soccer, it’s the second biggest league globally.” If this is the league’s current standing, top spot definitely feels like an attainable goal. 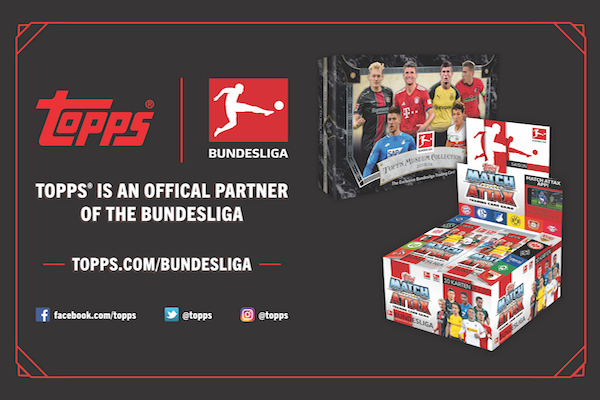 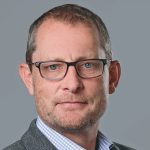