“We’re a Big Part of Making Phnom Penh the Hub for a Digital Asia”: Ian Watson 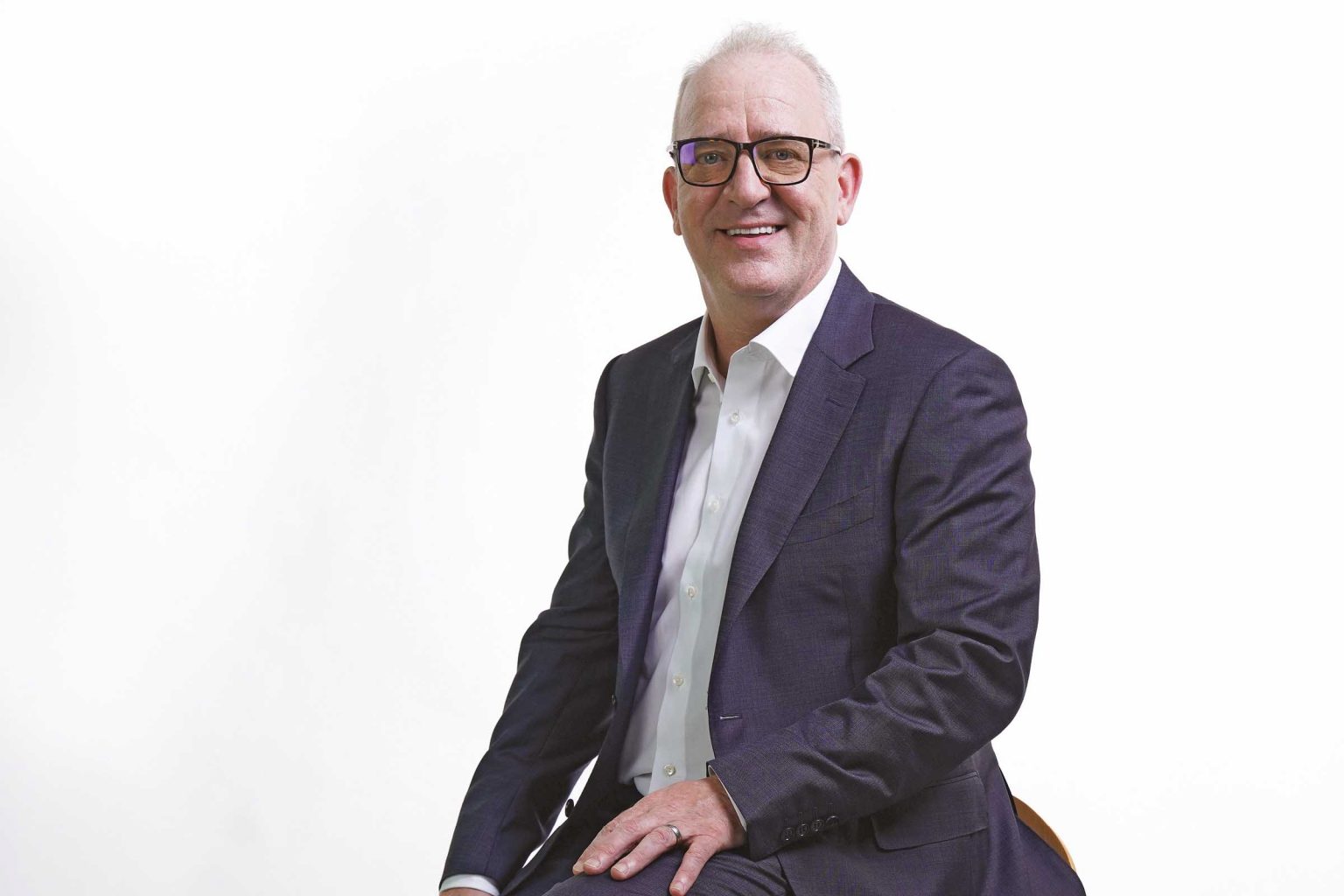 Cellcard had an extraordinary start to 2021, by any standard. The company was already used to winning awards, but being named Best Mobile Network Service Provider by International Finance magazine showed that its extraordinary achievements are now being recognised globally. 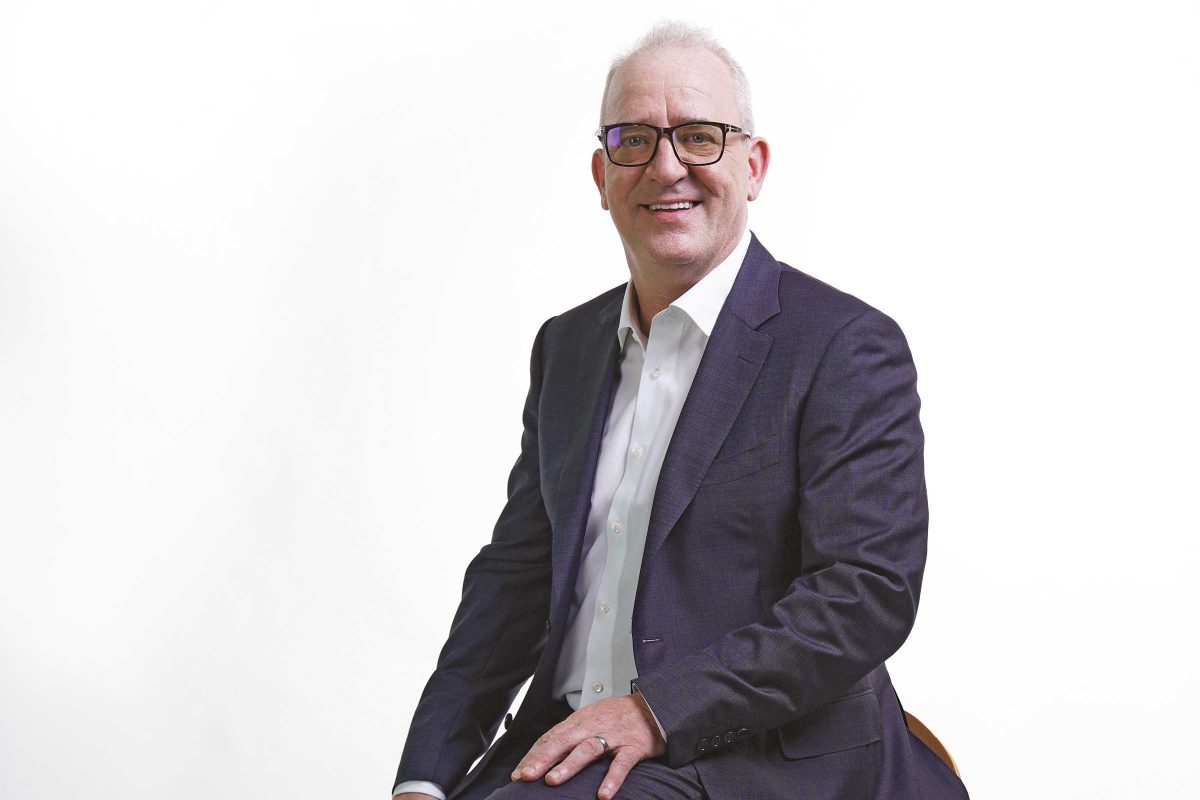 It also picked up two major industry trophies from Global Brands magazine, but the most significant accolade was its place on The Silicon Review’s prestigious 50 Most Valuable Brands, a list most CEOs would give their right arm to be included on.

“It’s a great recognition and a reflection of our innovation and hard work to spearhead the digitisation of Cambodia,” Ian says. But such innovation is hardly new. It has arguably been the driving force behind the company’s meteoric rise since launching in 1997.

For starters, it introduced SMS and roaming functionality to Cambodians, and was the first telecommunications company to achieve nationwide coverage. Next it pioneered 3G, credit sharing platforms, virtual gaming and online loyalty plans. Its influence on the economy is undeniable.

In the two years after it launched 4G in 2015, the kingdom experienced a 36% growth in mobile subscribers, which in turn, boosted gross domestic product by 2.9% (the equivalent of US$610 million).

Today, it has 3.2 million subscribers, around a fifth of the entire population. Ian is hoping that the current 5G rollout will be just as significant. “We think 5G will be the driver for a fully digitised Cambodia,” he says.

“We’re a big part of the process in making Phnom Penh the hub for a digital Asia, and all of our success has shone a light on the nation as a major telecommunications player in the South-East Asian region. We’re the network for the TikTok generation.”

Before we bring in someone new, we make sure they understand the Cellcard DNA. We class it as a family, standing together and falling together.

Ian – who was named 5G Asia People’s Choice Award for Operator CXO of the Year in 2018 – joined Cellcard in 2012 from the Cambodian bank Wing, where he oversaw a successful restructure.

After 20 years in Asian business, today he is recognised as an industry thought leader and advocate for the rollout of mobile services beyond major cities to impoverished rural and remote areas. Cambodia, he says, is uniquely positioned to benefit from digital breakthroughs.

“Consumers here are very tech savvy and deeply engaged in digital platforms. Mobile has 100% penetration while fixed line is at less than half a per cent. When we talk about internet here, it’s mobile.”

The country emerged from the horrors of the Khmer Rouge in the 1970s, but political turmoil remained through the Vietnamese occupation, a coup d’etat in 1997 and authoritarian regimes where accusations of human rights abuse were widespread. Stability may have returned, but there are still significant social problems. 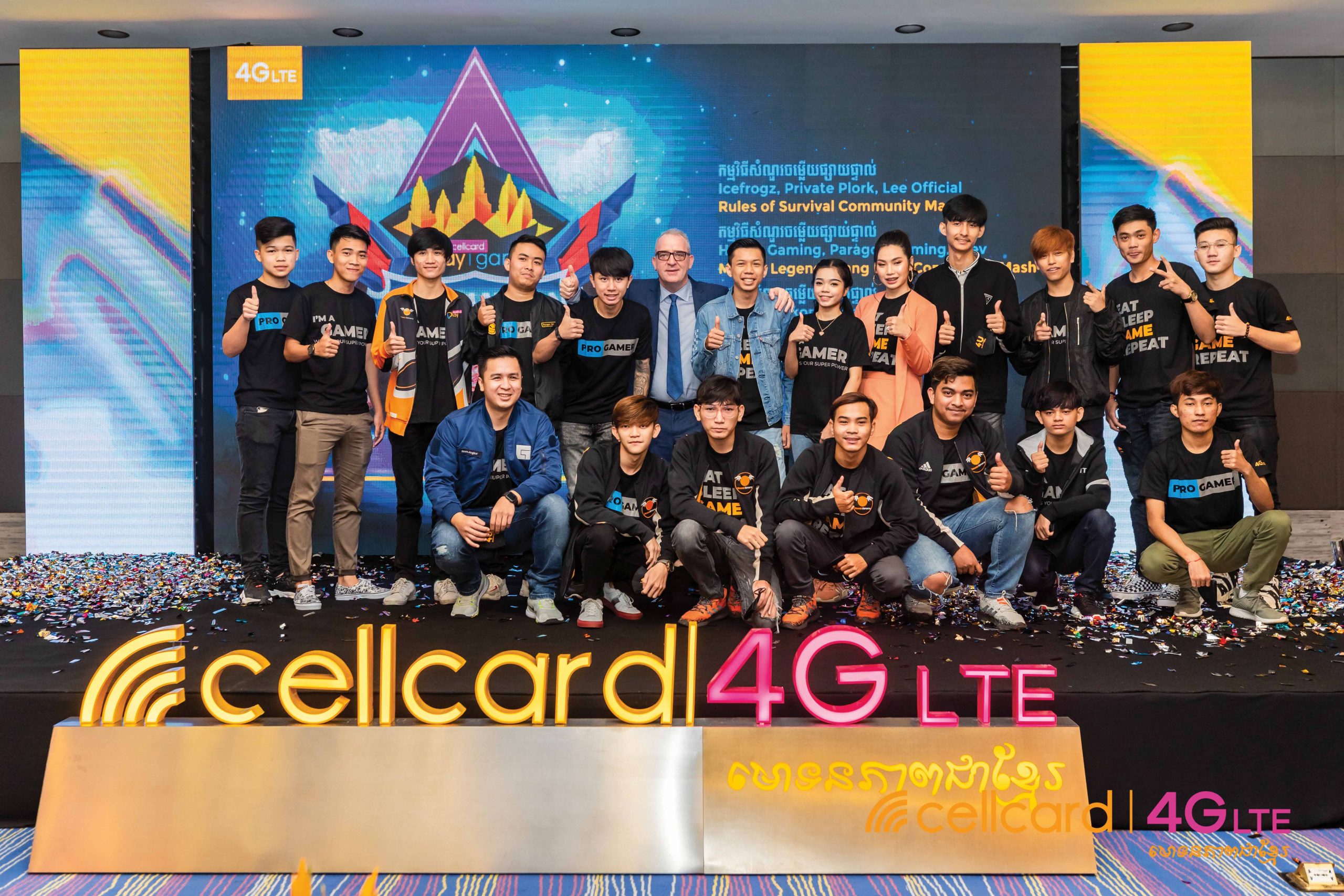 To Ian, it’s the new generations who will fulfil the country’s potential. “Around 60% of people are under 30 and they’re all into mobile phones, online gaming, chatting with friends, watching TED talks, YouTube, you name it,” he says.

“They want careers in these digital technologies, in AI, IoT, programming, gaming, health, fintech and agritech. It’s this age group that will drive the future growth, not just in Cambodia, but throughout the region too. They will use the technology we provide them to build a sustainable economy.”

By far, Ian’s biggest challenge over the next two years will be building a robust and widespread 5G network. Last year, Cambodia’s Minister of Posts and Telecommunications Tram Iv Tek tasked Cellcard with getting the process underway, highlighting predictions by economists that the network could lead to revenue increases of 36% by 2026 as gaming and video streaming opportunities are opened up.

“With the impending rollout of 5G, there is a lot at stake for Cambodia as a nation,” the minister told reporters. “For Cambodia to take a share in that value and growth, our nation must act quickly.” Cellcard conducted the first end-to-end 5G trials from a radio to a core network and quickly achieved impressive results. 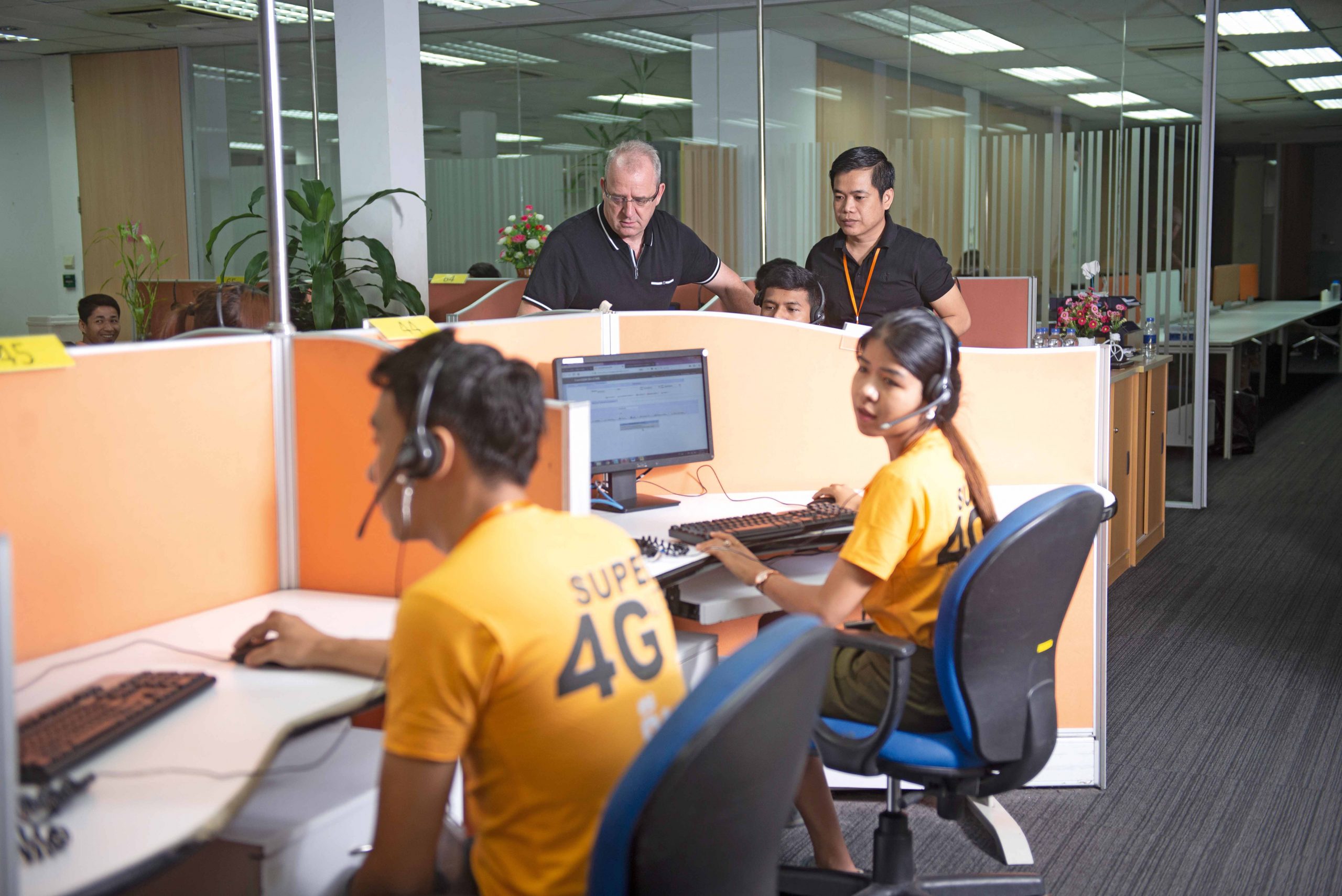 “The sites we’ve got up and running are showing speeds of two gigabits per second, and that’s what we want to take nationwide so everyone has access to a world-class platform,” Ian says.

“We see huge opportunities in areas like aquaculture, agriculture and logistics. “Then there are things like smart cities, a properly interconnected society that will actively grow the economy further still. Imagine a virtual 5G digital lifestyle hub as the centre of entertainment and growth for Cambodia. There is so much change to come, and we want to be the catalyst for all of it.”

Cellcard is already the market leader in e-sports, online gaming, digital payment systems and digital TV. Its mission now is to set a template of excellence that emerging communities can follow.

It’s not the bulging awards cabinet that’s made Ian most proud this year – it’s the development of Pouk Mak, the world’s first major Khmer language messaging app. “It’s like rolling WhatsApp, Line, and Viber into one, with geolocation, video sharing, track and trace, and health information in a chat and social media app,” Ian explains. “And it’s all in the local language, so it’ll really help drive digital literacy across the nation.”

The COVID-19 pandemic has made the mission even more urgent. Even though Cambodia had fewer than 500 cases during the first year of the crisis and no reported deaths, the lack of tourists and stymied international trade has decimated the economy.

Cellcard responded quickly, though, devising one of the world’s first 5G coronavirus telehealth services by the end of March last year to help the critically ill. It meant doctors in the capital could make assessments of patients in clinics or homes across the country through videoconferencing.

It also connected the health and telecommunications ministries, so they could monitor feedback from medical professionals. When schools were forced to shut, the company gave them free data to facilitate online learning.

It did the same for frontline doctors and nurses to thank them for their vital work to contain the virus. Sadly, a quarantine breach in February this year led to an outbreak that had infected almost 7,000 people by the end of April, with around 40 deaths.

Phnom Penh was plunged into a strict lockdown as the World Health Organization (WHO) warned the country could be on the brink of a “national tragedy”.

“Unless we can stop the outbreak, Cambodia’s health system is at a high risk of being overwhelmed, which would have disastrous consequences,” WHO’s local representative Dr Li Ailan warned.

The Cellcard technology will continue to play a crucial role in delivering updates to far-flung communities and allowing medics to recommend treatments for those they can’t see in person. It’s a project that Ian is passionate about, having developed a strong bond with his adopted country.

“We’re here for all Cambodians. That’s important to all of us,” he says. “Cellcard will never lose its Cambodian identity or love for the people, and that involves understanding the various cultural needs and regional nuances in everything we do. I learned that things are done slightly differently here compared to neighbouring countries. Sometimes that means taking a bit more time or allowing for certain sensitivities, and that’s OK.”

Possibly his biggest priority as CEO has been building an ambitious management team around him, and never losing touch with the shop floor. “There are no airs and graces,” he notes.

“I sit down with the staff to have lunch; we have cups of tea together, and I have an open-door policy. I organise a ‘breakfast with the CEO’ once a month with different departments, so I can understand what they think, uncover any issues and garner feedback about how we can do better.

“I know that I’m nothing without the team here at Cellcard. Before we bring in someone new, we make sure they understand the Cellcard DNA. We class it as a family, standing together and falling together.”

It means there’s no room for self-importance, least of all from the CEO. “People need to know they can implement things without Ian Watson. It’s not the Ian Watson show, it’s the Cellcard show. I walk our three floors every day, from the top to the bottom. And I firmly believe that the cleaner really is just as important to me and the company as the IT director, and I make sure they know that.” 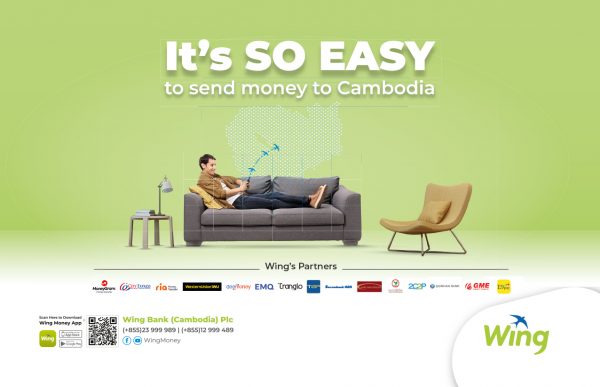