Lifeline to the state: Anthony Donald As an island state, tucked away at the bottom of Australia, Tasmania is dependent on shipping. It’s a lifeline to the state, facilitating the importation of essential consumer goods, as well as the exportation of the agricultural, mining and forestry exports for which the Apple Isle is famed.

The existence of an efficient network of port infrastructure and services is therefore crucial to the state’s continued prosperity. Anthony Donald, CEO of port-management organisation TasPorts, agrees. “We are the gateway to mainland Australia and to the rest of the world, from a freight movement perspective,” he declares.

“With over 99% of goods coming in and out of our seaports, we are absolutely vital, whether it’s fuel, furniture goods or consumer goods from the mainland, or forestry or mineral exports. If you took the time to analyse and assess the number of Tasmanians who are connected in some way, shape or form to TasPorts as an organisation, I don’t think there would be many who aren’t impacted by us.

“As a business, we are positioned to be a strong indicator of the health of the economy, but we’re also positioned to be a huge influencer of the state’s growth in terms of economic prosperity, job creation, the growth of existing businesses and the creation of new ones. It’s a very dynamic environment.”

Founded in 2006 by the amalgamation of all Tasmanian port authorities, TasPorts today oversees each of the state’s 11 ports in collaboration, where once the port corporations were in direct competition with each other. The state-owned corporation also operates Devonport Airport on the north-west coast, the Bass Island Shipping Line and various marine services.

The significance of TasPorts’ infrastructure to Tasmania isn’t just in facilitating transport; the ports form the birthplace of many Tasmanian cities, making them the centre of public life in more ways than one. “A lot of our city locations were created around the ports,” Anthony says, “so we have a lot of natural connections and history with local communities, which we continue to value and don’t take for granted.”

In fact, some of these ports are among the oldest in the country, and while the infrastructure isn’t significantly different to many other ports, they’re quite aged. TasPorts is currently dealing with high maintenance costs combined with a low asset utilisation (that is, relatively low shipping movements and freight volumes, which was at its worst during the global financial crisis). 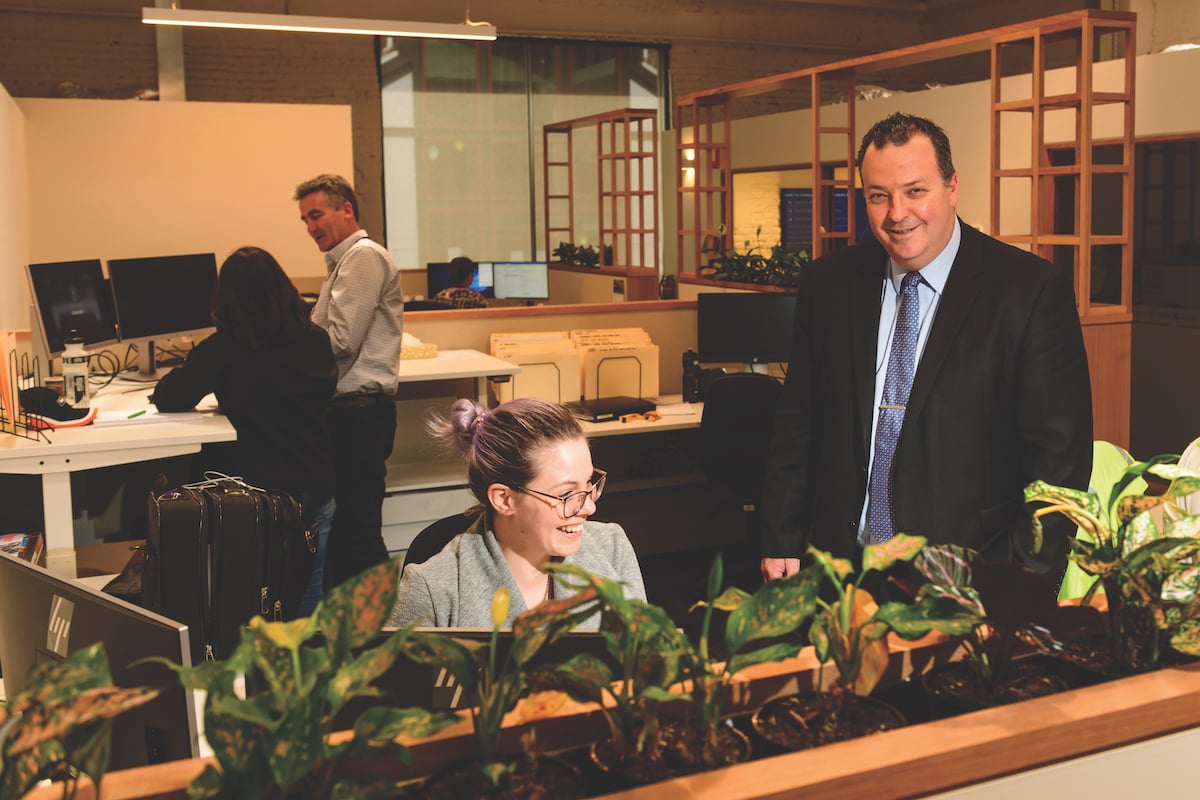 But Anthony’s most crucial effort towards transforming TasPorts is a cultural overhaul. “We’re developing our culture at a rapid rate of knots,” he explains, “and I’m excited about the capabilities of our people and how they will shape our future direction. These days, when you spend most of your time at work, human nature is that people want to be challenged, and to be doing valuable work that they feel delivers good outcomes. But it’s also about making sure that you put people in an environment where they’re doing things as teams and doing things together, and delivering great results. Rewarding work, in a positive culture, is just as important as the outcomes.”

“Rewarding work, in a positive culture, is just as important as the outcomes.”

Anthony is responsible for about 300 staff members across TasPorts, and the pride in his voice when talking about them is unmistakable. Asked what his greatest achievement is, Anthony is unequivocal – it’s been the nurturing of culture within the company. As he describes it, the talent was already in place, but he’s helped to engender a positive culture that he sees whenever he tours TasPorts’ facilities.

Moving forward, he hopes to employ team capabilities that previously hadn’t been used to their full potential, while also developing new competencies. “We are an infrastructure owner, but we’re also an operator. The breadth and depth of capability required within our business is very broad,” Anthony explains.

“We certainly need people who are technically capable in their areas of functional expertise. But, just as importantly, we’re encouraging attributes that are more values oriented. We want people with honesty and integrity, who are naturally encouraging of the highest safety standards; people who are exceptional communicators and demonstrate the values of respect, trust and honesty.

“We want people with honesty and integrity, who are naturally encouraging of the highest safety standards.” 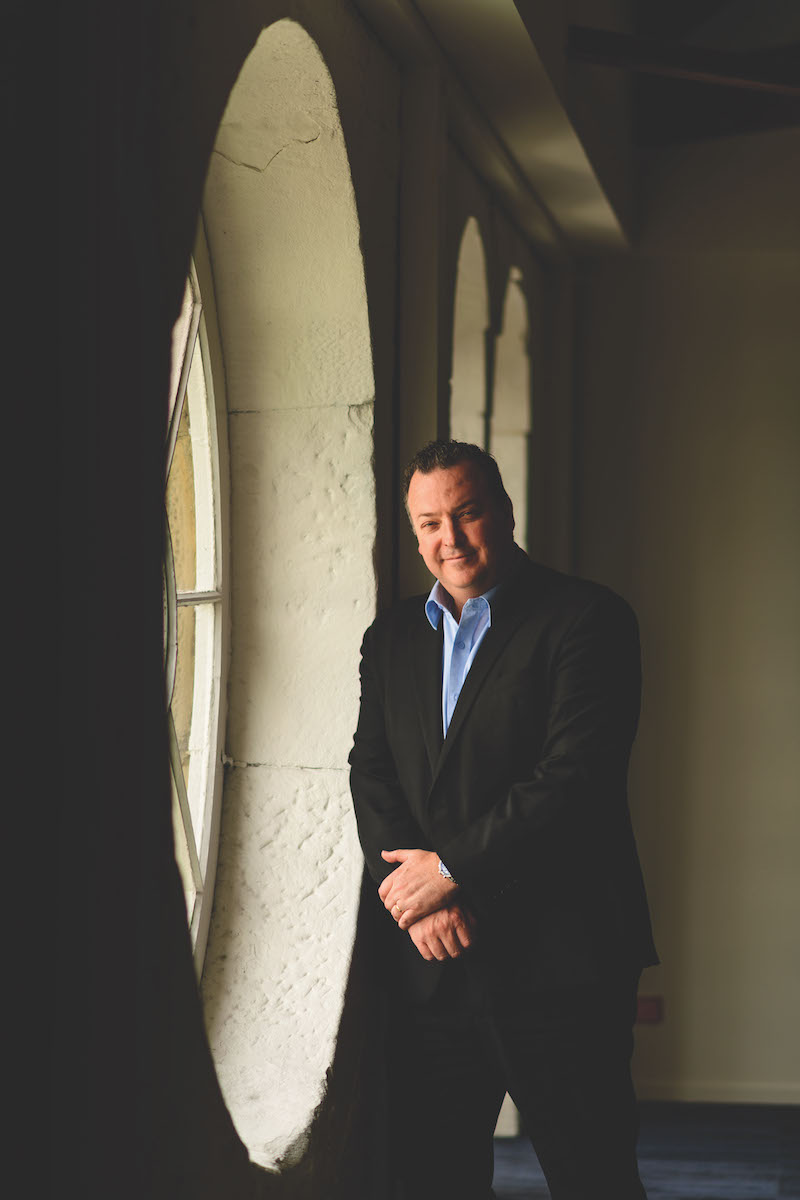 “We’re also going to great lengths to develop our teams to work with each other, and to recognise the diversity of capability and behaviour that exists within our organisation, so that our teams continue to drive better performance and expect better performance from each other, and we can therefore deliver better results for our customers, the government and the state. It’s just so vital.”

And that mission continues to drive the TasPorts team. Anthony says he continues to see pride expressed by his team, largely thanks to an awareness of what TasPorts does for the people of Tasmania – he describes it as “a significant ingredient for success”. Equally, Anthony asserts that TasPorts’ critical contributions to Tasmania’s functioning imbue the team with a powerful sense of responsibility; they take their jobs very seriously.

As Anthony describes it, this mission comprises two objectives. The first is to “facilitate trade”, and the second is to “act with sound commercial practice”. Guiding these two objectives is a strategic 15-year master plan, launched just over a year ago. With a focus on massive growth in the short-term, the plan provides guidance around the way each of the main ports is developing and growing.

The plan includes A$200 million of investment over the first few years, with the first group of projects well underway. These include new and enhanced infrastructure for larger ships for TT-Line and SeaRoad, and a new icebreaker, the RSV Nuyina, for the Australian Antarctic Division in Hobart. The capability to welcome larger icebreakers will also help cement Hobart as the gateway to the Southern Ocean, and thus Antarctica. For example, the Chinese icebreakers RV Xue Long and RV Xue Long 2 both recently visited Hobart, demonstrating the evolution of a partnership with China’s Antarctic program.

TasPorts will continue to grow existing commodity markets, but also help create new ones where possible. For example, the port corporation is considering an international container terminal at Burnie, a manufacturing, forestry and farming city on the island’s north-west coast. While Tasmania does have some connection with international shipping, it’s not yet as much as Anthony is planning, and facilities for larger ships will enable more overseas freight.

“We’re looking to deliver a joint commodity terminal with international container services being amalgamated into bulk-mineral exports in amounts,” Anthony explains. “We’re confident that we’re going to be able to create an opportunity to attract larger vessels to Tasmania to help provide greater connection for international shipping via imports and exports.

“Our objective there is to increase freight volumes through a reduction in freight costs. If we can get larger ships to come into our port, then the cost of those freight movements will be dramatically reduced, and we believe that will result not only in the growth of existing markets but also the potential to create new markets.”

With state investment in irrigation, agricultural export has the potential to grow rapidly, so projects like Burnie’s joint commodity terminal are essential. But Tasmania is known as much for its tourism as it is for its industry, so for Anthony, TasPorts is equally focused on moving passengers as well as freight. Ultimately, it’s just one more piece of evidence that the port corporation proudly connects people, products and solutions, for the benefit of all Tasmanians. 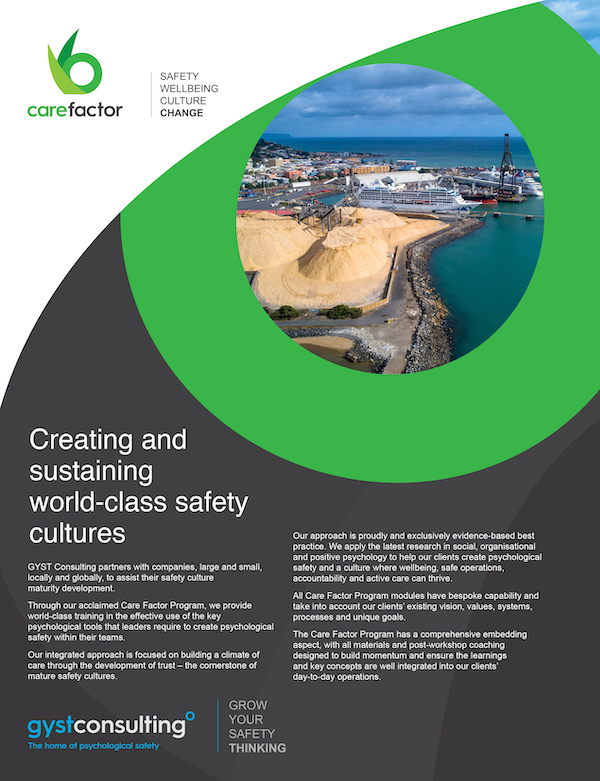 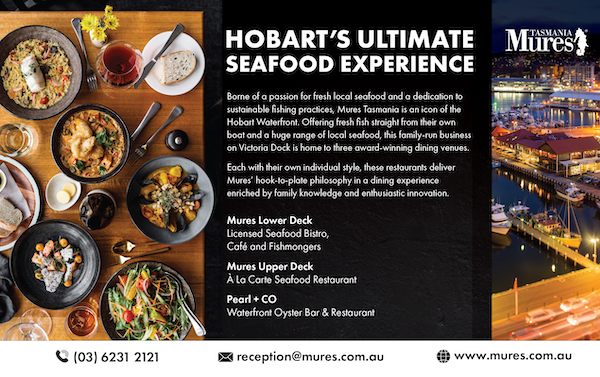