Flying taxis, Hyperloops and supersonic jets might be getting a lot of media attention these days but the truth is that the humble bus still plays a vital role in getting more of us from point A to point B. While buses might not sound as sexy as Elon Musk’s levitating capsules, they’re quietly becoming more innovative over at Volvo.

“One day I might be meeting government representatives in a particular state, territory or country, and the next day I am meeting a family business about to buy their first tourist coach,” he says.

Volvo buses – engineered to last for 20 years plus – are getting increasingly automated, connected and electric, according to David. So what does that mean? Well, one day they will: drive without humans; talk to other vehicles and deliver wi-fi to passengers; and use clever batteries instead of petrol or diesel. All of this while remaining some of the safest buses on the road.

Rising populations and growing levels of congestion mean that town planners are increasingly looking at how to get more people to use public transport instead of private vehicles.

“Each city will need to develop a customised solution to solving the problem of how they move people into, out of, and around the city,” says David.

“It won’t be a task for buses alone and many cities are taking a metro-style, multimodal approach using buses, light rail and heavy rail with integrated ticketing.”

Asia is booming for Volvo Buses but Australia remains a key market for David, with large customers including government operators in cities like Sydney and Brisbane. “Over the past 10 years, one in two buses sold in Australia has been a Volvo,” he says.

“Over the past 10 years, one in two buses sold in Australia has been a Volvo.”

“In the past few years, the focus on sustainability and planning for the future has meant we have had much closer engagement with governments across the region,” he says.

“We now not only work with those in transport and transport planning but have seen energy, economic development, infrastructure, environment, city planning and manufacturing sectors all take an increasing interest in the movement of people. So instead of dealing with a single minister or department we are seeing involvement across various levels of governments in different countries.”

Volvo’s buses are embracing technology that can benefit passengers wherever it is safe and economical to do so. “The digital future is really exciting and I see buses connecting to a greater extent with the environment around them,” says David.

“Imagine if the cafe where you buy your coffee knew what time your bus would arrive and have your order ready as you step off it. We really aren’t that far away from this future.” In 2019, Volvo Bus Australia plans to connect every vehicle it sells in certain markets. “That means, with the customer’s permission, we are able to support them with real-time data on all aspects of vehicle operation, which will help identify vehicle faults before they occur and ultimately reduce the amount of time a bus is out of operation,” says David, adding that it also allows Volvo to use GPS functions to limit speed in particular areas.

David and his team of 50 people operate across offices in Australia, Hong Kong, Thailand and Singapore. He describes himself as an extremely driven individual with high personal standards, and someone who likes to lead by example.

The father of two teenagers is proud of the diversity of his team, with women making up 40% of his management staff, and 16 nationalities across the workforce.

In 2018, there were several promotions for high achievers – something David is also proud of. Listening to people, understanding what they need to get results, and removing obstacles are things he focuses on.

“We have built a great culture where the accepted high standards don’t need to be written down but are part of the way the organisation now behaves,” he points out. “I work at a high pace and can happily say my inbox is empty at the end of every day.”

Trust is a key factor for David as his team is spread out across Asia. “With increasing flexibility with work hours, working from home, and the agile office, trust is something that’s critical to the way we do things – regardless of whether the employee is a 20-year veteran or new hire.” 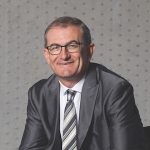