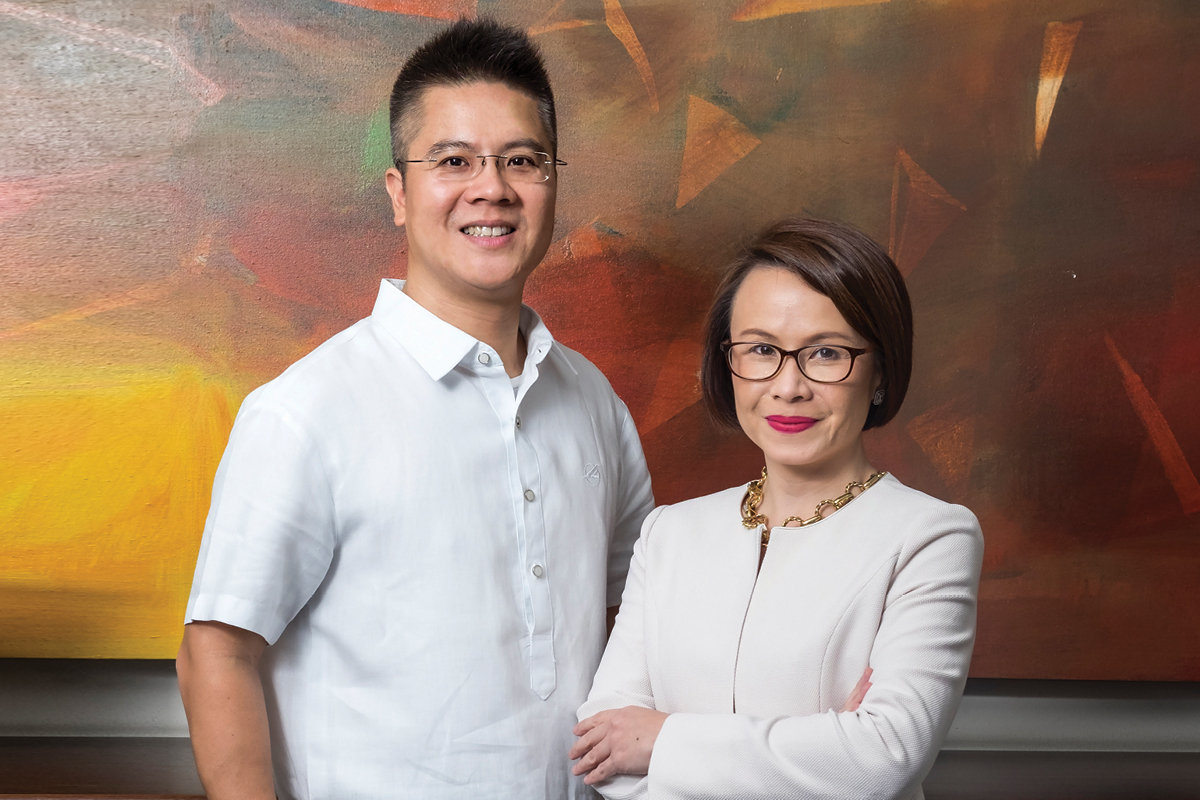 It was September 1945, the end of World War II. The Philippines had been liberated from Japanese occupation, and mechanic Jose Hernandez was scrounging spare parts from abandoned US military vehicles to restore an old truck he needed to transport merchandise for the family business.

However, within days of the Chevy hitting the road, locals were hopping on board, wedging themselves among the bags of rice, fish sauce and laundry soap, to hitch a ride.

Quickly establishing that the unsolicited passengers would provide a more profitable business, Jose installed wooden planks at the back of the open-sided truck to accommodate them. His wife, Marta, became the treasurer, and he set off on his first run along the 200-kilometre return route from Batangas Pier to Divisoria, with his ‘conductor’ brother-in-law Leonardo hanging onto the side collecting fares Victory Liner was born.

Jose’s grandson and the company’s vice president of operations, Edward Hernandez, describes the stories surrounding those early days as legendary. They are retold many times, particularly at company events, when Victory Liner’s fleet of nearly 1,000 vehicles, 25 passenger terminals and routes that traverse most of central and northern Luzon and Metro Manila, are celebrated.

Edward remembers his grandfather as a formidable character, instilling the virtue of hard work and discipline into his children and extended family right up until his death in 2001. “He was very strict and really tough, and my uncles tell me they were disciplined harshly,” Edward says. “But all the things he taught us about commitment, sacrifice and discipline were important and I believe that’s why we’re what we are today.”

“Everyone in the family was encouraged to help with the business, even when we, all the cousins, were very young. We were pulled into the shop during the school holidays to do our fair share and to learn directly from him or the managers. We’d rotate too. One time I’d be at the overhauling shops, learning how to overhaul an engine, at another I’d be working in the electrical department.”

Victory Liner is based in Caloocan, northern Metro Manila. Most executives and members of the company’s board are family members. Edward’s father, Johnny T Hernandez, is president and his cousin, Marivic Del Pilar, is vice president for treasury and marketing. Edward says that being family does not automatically entitle anyone to a position within the company, nor are there jobs for the in-laws. More of his grandfather’s scrupulous rules.

“We need to get outside experience working somewhere else before we can formally join the company,” Edward explains. “I studied hotel and restaurant administration at the University of the Philippines and worked with some hotel and restaurant chains here in the Philippines, as well as in America. After that, my father called me in to help with the company. We do have a choice, but personally I wanted to contribute my share.”

Most bus companies throughout the Philippines are privately operated, so the transport system is not subsidised by the government. In fact, most of the regulations and policies governing the bus industry stem from the lengthy experience and lessons learned by Victory Liner itself.

“Our safety record is unmatched in the country, and the government has heeded this,” Edward says. “GPS, speed limits, safety protocols, inspections – all these things were non-existent in the Philippines until we implemented them. Scheduling isn’t mandated by the government, either. We are unique because we introduced specific schedules.”

“GPS, speed limits, safety protocols, inspections – all these things were non-existent in the Philippines until we implemented them.”

“Also, in the Philippines, most operations in ticketing, accounting and HR are still manual. Our goal is to automate, and we’ve been visiting companies overseas to determine the best systems for us. We’ve introduced some already. It’s a process, but we’re getting there.”

Victory Liner drivers are heavily screened and undergo extensive training, not only on the road, but in workshops detailing defensive driving, economical driving
and customer service. Once accepted into the company, they undergo a six-month probationary service on easier routes before being upgraded to longer and harder journeys. 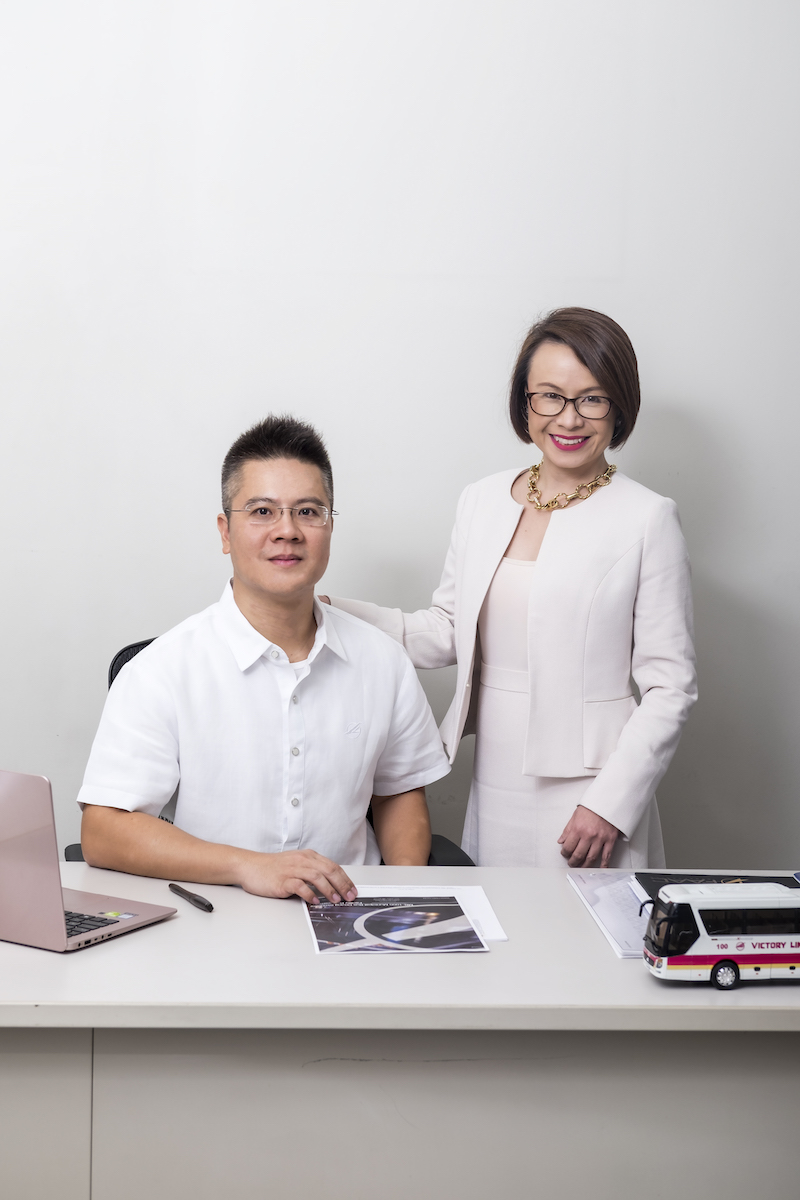 However, Edward stresses, while skills are vital, personality and commitment are regarded as just as important. “We’re in the service industry, primarily there to help others, so our customers are paramount to us,” Edward says. “While we understand transport is a basic need, we also realise it’s not as simple as just getting people on a bus and driving them somewhere.”

“We want to make all our journeys, from the lowest to the highest fare, memorable and provide the customer satisfaction they all deserve. The motivation to serve is ingrained in each of our drivers while they transport passengers from one destination to another.”

Edward, who has also completed a Masters in Strategic Business Economics, says he’s adopted a different leadership style from that of his grandfather. Rather than enforcing strict rules with little opportunity for negotiation, Edward prefers a more participative approach.

“I am a bit different,” he admits. “My grandfather’s demanding rules were followed, no matter what, whereas I believe in the capability of our managers and prefer to give them the independence to develop their own management style. Of course, we have metrics in place to ensure the company is heading where we want it to, but as more of a results-oriented person, I’m happy to give managers a free hand to use their own style of management. For me, a manager can deviate, as long as we reach the goal together.”

“For me, a manager can deviate, as long as we reach the goal together.”

“I also like to employ professionals at the top of their field,” he adds. “We have managers ranging from those tenured in the company to new blood; a good mix of people who rose up through the ranks and those from outside the industry.”

For Edward, however, the company’s real success is measured by the loyalty of its customers, many of whom have relied on Victory Liner for getting around for generations. “I see grandparents and parents encouraging their children to ride with us, just as they did,” he says. “Our service is going right down the line and that’s testament to the fact that we’ve been doing something right. What really makes me proud is when I read comments on social media from people saying how happy they are with our service.”

“We also have third-generation employees whose grandparents worked with my grandfather. That is very special. They are proud to work with us and to help us
serve the country.” 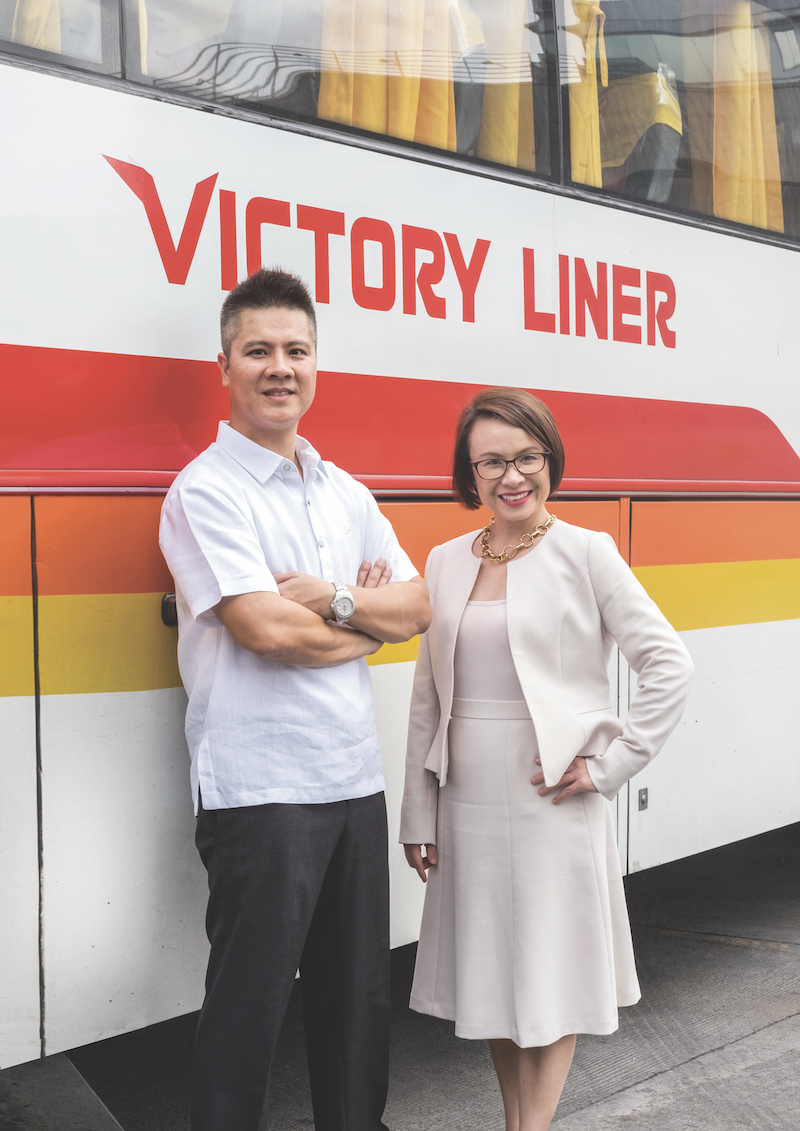 These exceptional relationships extend to Victory Liner’s suppliers too, in particular, RYCO Inc, Bridgestone and MACC, with whom the company has enjoyed decades of partnership. Edward describes their association as going beyond purely business. “These companies are very important,” Edward says. “Just like our passengers and staff, we have multi-generational suppliers from families who interacted and did business with my parents and grandparents. We are on to our third generation with RYCO, and second for MACC.”

“Sometimes our families lived in the same rural city, and as children we went to the same high schools. We get together, not only because of business, but to go out just to have fun or join in family gatherings. Actually, it’s really one big family. That’s how it is here in the Philippines.”

Twice a year, the Hernandez family gets together to celebrate summer holidays and the new year. Extraordinarily, Edward knows everyone, about 100 of them, by name, from matriarch and chair of the board, Gerarda H Villa, to the tiniest toddlers.

“It’s not so extraordinary, really, because I am in charge of keeping the family tree,” he laughs. “I am the custodian and have to maintain all the records. And yes, it’s getting difficult because we are up to the fifth generation and, like many other families, we are scattered all around the world.”

Edward, who has two children of his own, admits the family company is a paradise for the youngest members of the Hernandez family. His young son, Kiro, like most little boys, loves buses, and a trip to the office is a treat.

“He has lots of fun exploring the garage, having a look underneath the buses or peering at their engines. And, of course, he loves going for a ride.”
Edward still occasionally hops on one of his buses, particularly the Manila to Baguio route, and while he’d prefer to travel incognito, without fuss, that’s becoming more difficult.

“They do find out,” he laughs. “But I like it because it’s often so much more convenient than driving and parking my own car. I hop on, sit comfortably, don’t have to find a car park, and then I’m fresh and ready for a meeting. That’s what I tell my friends too – why take the car when you can hop on a Victory Liner bus? Efficient, safe and relaxed.” 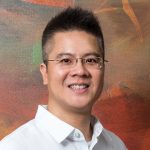