“I’m not a CEO who sits in the office all day.”: Lee Kah Chye 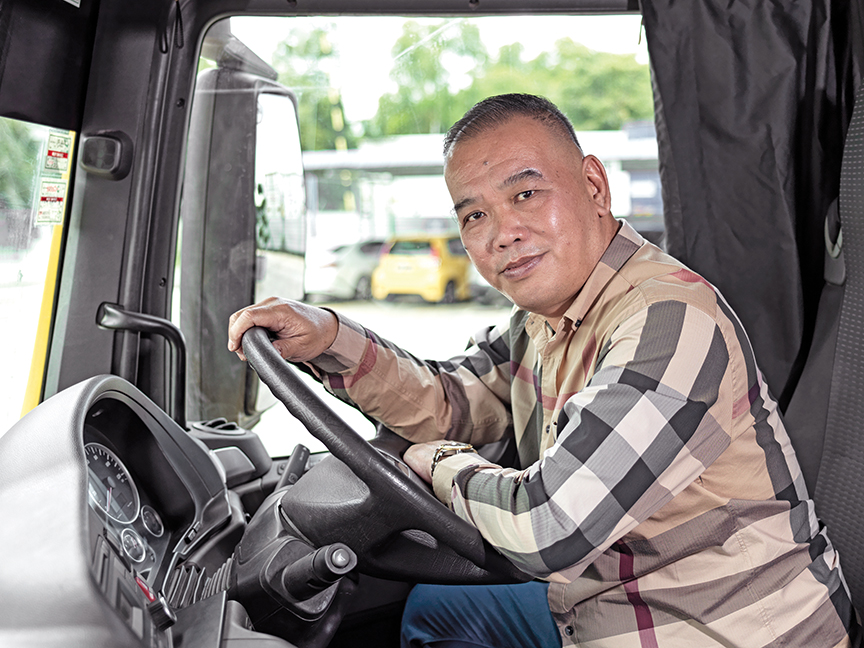 Lee Kah Chye practically grew up in the family business. “The company started very small,” he explains. “My father, the late Lee Ting San, actually ran the company from our house, so as a child, when I’d finished school, I’d help him out.”

Assisting his father from a young age meant that he was afforded an inside look at the industry – and over the years, came to understand why his father loved what he did as much as he did.

So it was hardly surprising that when it came time for Kah Chye to choose a career, there was never any doubt in his mind as to which path to follow. At LTS, he started at the bottom and gradually worked his way up, gaining valuable experience in every aspect of the business along the way

“I did everything from operations to sales,” he recalls. “So that’s really how I learned the ropes of the business.” Kah Chye explains that even today, he utilises much of that knowledge and experience across the company in his role as CEO, acting more like a general manager, as he oversees so many aspects.

“I’m not a CEO who sits in the office all day – I’m always out, meeting customers, understanding their needs and looking for new opportunities. My father was a very humble man and I’ve learned to be the same type of leader from him. He was a very hands-on leader, as am I.”

When Ting San first founded his eponymous company in 1974, it was a small venture providing basic goods delivery in Penang. From there, because of his dedication, drive and keen business sense, LTS flourished – expanding its services and earning a reputation as one of the most trusted names in the industry thanks to the excellent customer service, efficiency and safe delivery of all products. 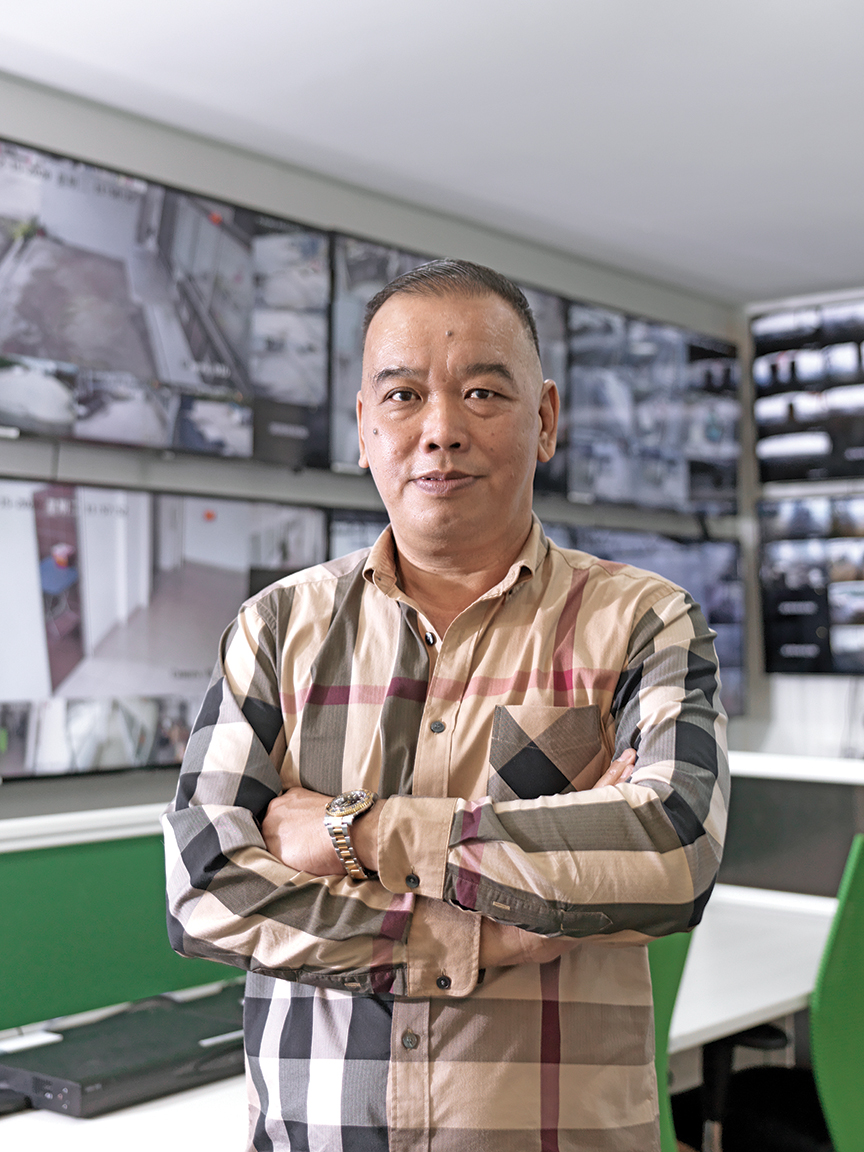 In 1999, Kah Chye was appointed Managing Director of the company before his father sadly passed away in 2003. “We have always been focused on safety – that’s been my father’s motto forever,” Kah Chye says.

“And that’s not only about guaranteeing the safety of the shipments from point A to point B and making sure that the cargo is delivered in the best possible condition, but also the safety of our drivers. They’re on the road for so much of their lives, so I remind them always to think of safety first. We don’t want there to be any loss of lives – that’s always been very important to us. We really treat our employees like members of the family, so we do everything we can to ensure they’re happy and protected.”

At the same time as honouring his father’s roots and upholding the practices and core values at the heart of the company, when Kah Chye took the helm at LTS, he also recognised the need to evolve.

“We started off as a lorry transport company,” he says. “Today, we’re still running that part of the business, but the second core component is container haulage, and we’re a very prominent player in this part of the world. The third core element is the warehousing business and distribution. Those are our three main pillars, but they’re all technology driven – whatever we do, we ensure we merge it with technology. That’s the reason why, even in the early days of GPS, LTS was one of the only places really utilising that kind of technology.”

We have always been focused on safety – that’s been my father’s motto forever.

LTS’s mission to stay at the absolute forefront of the industry by prioritising innovation has truly set it apart from its competitors time and time again.“Everything is done through the internet, so customers are now able to visibly see their orders, the trucks and the electronic proof of deliveries,” Kah Chye explains.

“We have some very advanced technology in place, including a finance management system, tracking system, GPS and Internet of Things software – we’re always looking at features being added. Our trucks are equipped with front and rear cameras to really see what’s happening on the road, and in case anything happens, we can improve upon measures.

“Not everybody is doing things like this. LTS is one of the very few companies in our industry investing in innovation. But I see it as very important, because it’s not just about carrying the goods and delivering them. We want there to be added value in what we are offering the customers.”

Now, with a team of more than 150 people and a fleet of close to 1,000 vehicles across the nation, LTS is looking to continue expanding sustainably, particularly by growing its warehousing capabilities, container depot centres and ecommerce elements.

Kah Chye also recognises that mutually beneficial partnerships are integral to the success of the business and is proud that LTS has such strong, lasting relationships with everyone it interacts with.

“We treat our suppliers the same as we do our employees, like family,” he says. “They’re very important to us – MAN, Mercedes-Benz, Volvo, Scania and other suppliers – we’ve created a very close rapport with them.

“With partnerships, there’s only growth, but if you just think of them as suppliers, it’s a short-term, artificial relationship. Because Penang is famously known as the Silicon Valley of the East, it houses a lot of multinational companies, and international freight forwarders are also good customers of LTS.”

While Kah Chye has no plans to depart the company he is so passionate about any time soon, he’s safeguarding the company for the future and continuing his father’s heritage by training his eldest son to one day take the reins.

However, he is adamant that his son won’t be receiving any special treatment – rather, like his father before him, he’ll have to work his way up, step by step. “Every day when I wake up, I look at ways that we can continue to improve our processes and do better in every aspect,” Kah Chye says.

“It’s very special to be training the third generation and passing on the family legacy, but I’m ensuring that he’s learning from the bottom up, just as I did. There are no shortcuts. But by investing – both in products and practices, as well as in people – we’re preparing LTS for an incredibly bright future.” 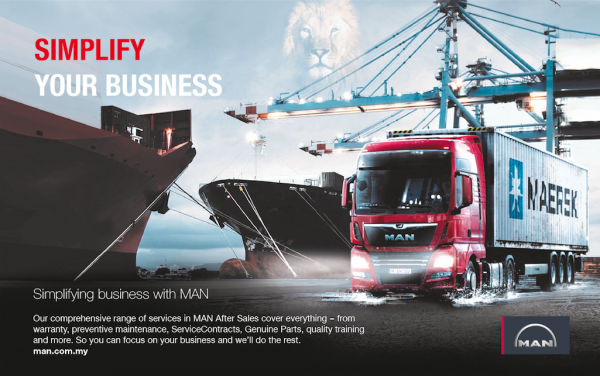