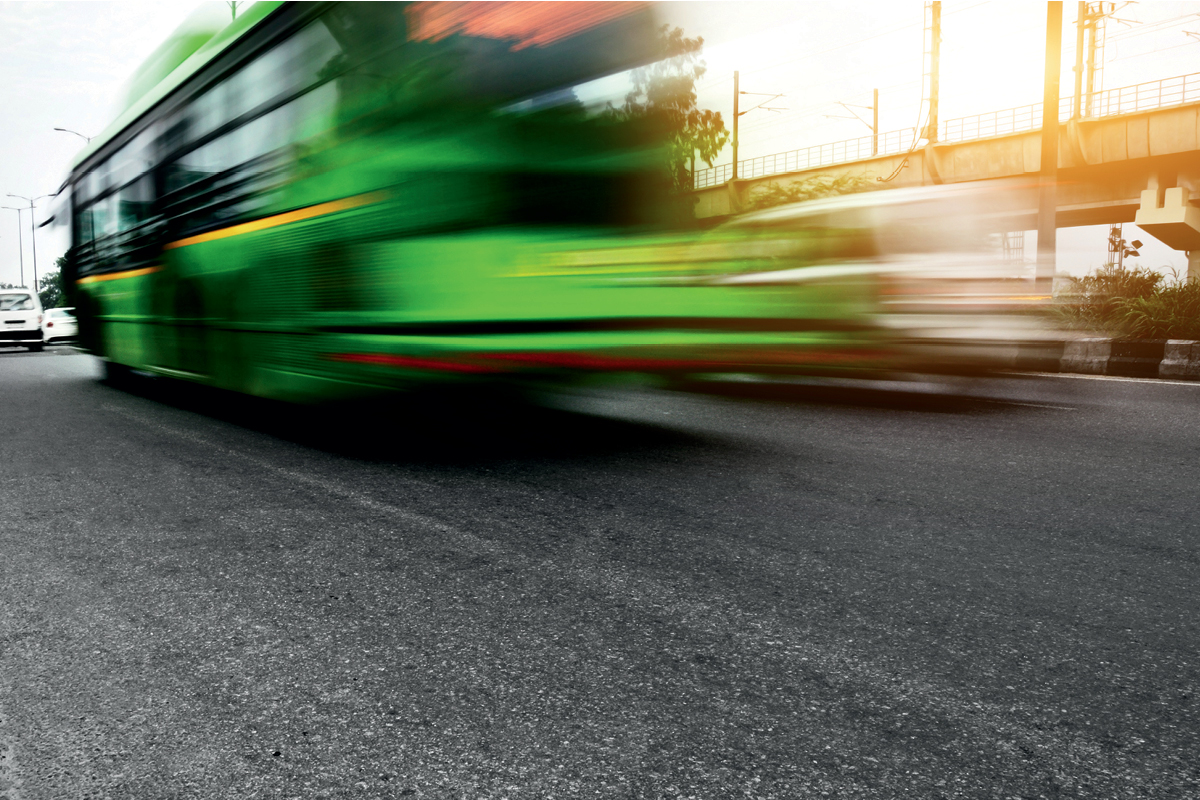 During the two years that Manoj Kumar was at the helm of Delhi Transport Corporation (DTC), he was on a mission. He wanted the passengers boarding his buses to move more comfortably and efficiently throughout Delhi.

About 3.53 million people ride a DTC bus every day. It was a big call and a particularly ambitious one considering that even Manoj admitted his fleet was not at its best.

While the government-owned DTC is the main public transport operator in Delhi – it operates about 3,700 buses, more than half of the 6,200 buses covering Delhi routes – many of its buses had extreme signs of wear and tear, with a large number completely out of service due to a constant need for maintenance.

“When I took over the role in 2018, I saw the fleet was very old and deficient,” Manoj said earlier this year, while still in the role. “We were desperately in need of new buses, so every effort has been made to achieve that and procure new buses, something that hadn’t been done for eight years.

“The game plan is to keep upgrading our fleet, retire old buses and buy new buses equipped with the latest technology. We also want to create an overall better environment for our passengers. With that in mind, we plan to upgrade our bus shelters, stations, terminals and toilet facilities.

“The possibility of vertically stacking parked buses is also being considered. This will create more parking space in the centre of the city, rather than parking our buses far away and accruing dead mileage back and forth into Delhi.”

In response to COVID-19 and India being put into lockdown at the end of March, only those involved in providing essential services were allowed to travel on DTC buses, which meant only half were travelling their usual routes.

Manoj, who is from the Indian Administrative Service, made impressive inroads into his quest to upgrade the fleet during his posting in DTC. In just two years he was successful in implementing changes to not only replenish old buses but also have them replaced by electric models.

Two types of buses operate throughout India – low-floor buses and standard-floor buses. The former has the advantage of being accessible from the pavement with just a single step, while the latter requires a few steps to board.

Traditionally under the Cluster Scheme of Delhi Integrated Multi-Modal System (DIMTS), only standard-floor buses were run, however, last year DTC made the decision to buy 1,000 low-floor air-conditioned buses to augment its fleet.

The new low-floor buses are equipped with fire detection systems, remote monitoring systems and wheelchair ramps for the convenience of passengers with disabilities. Further, these buses will also have provisions for CCTV cameras, panic buttons and GPS systems to ensure the safety of female passengers.

DTC has operated since 1948 and while switching its entire fleet to the more eco-friendly CNG between 2000 and 2003, the corporation wants to progress its environmental stance in the hope of acquiring 1,000 electric buses under the FAME (Faster Adoption and Manufacturing of Hybrid & Electric Vehicles) scheme.

Launched throughout India in 2015, the scheme is part of the government subsidised NEMMP 2020 (National Electric Mobility Mission Plan), which promotes manufacturing of electric and hybrid vehicle technology and its growth. 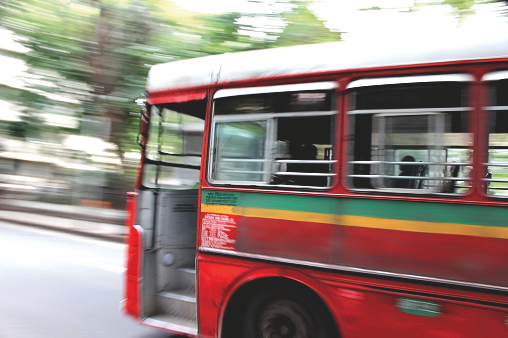 As part of the scheme’s second phase, DTC has been allocated 300 buses to trial with expectations for them to hit streets by early next year.

Under the Electric Vehicle Policy 2018, the government is hoping a quarter of its fleet will comprise e-vehicles by 2023.

“This enables faster adaptation to electrical vehicles and is a scheme to encourage more and more transport undertakings from transition to environment-friendly electric buses,” Manoj said.

“Having had the unique experience of using compressed natural gas for the past decade, making forays into electric buses is a natural progression for us. While we applied for 1,000 buses, we have only been allocated 300, but it’s a step in the right direction.”

While Manoj was inspired by DTC’s plans for the future, he was under no illusions as to the enormity of the project. He wasn’t so much perturbed by the cost – “finances are not an issue” – as he was by the detail of providing a better service to DTC passengers.

For him, the biggest challenge was to change the mindset of his 26,000-plus employees, teaching them customer service and how to use new technology. Manoj also admitted that he was indebted to his major longstanding partners, Tata Motors and Ashok Leyland, which have provided and maintained DTC buses for more than a decade.

He said the relationship with the companies had been perfected over the years, describing it as a partnership reliant on reputation.

“They were the guys who supplied the equipment and buses, way back in 2009 and 2010, and they have maintained them ever since. We have a day in, day out relationship with them and of course it’s a huge advantage having the original manufacturer maintaining the bus with genuine parts coming from their factories.

“You can’t have more credible partners than Tata Motors and Ashok Leyland,” he says.“Working together, we want to give our customers a more friendly, more assured, efficient transport service.” 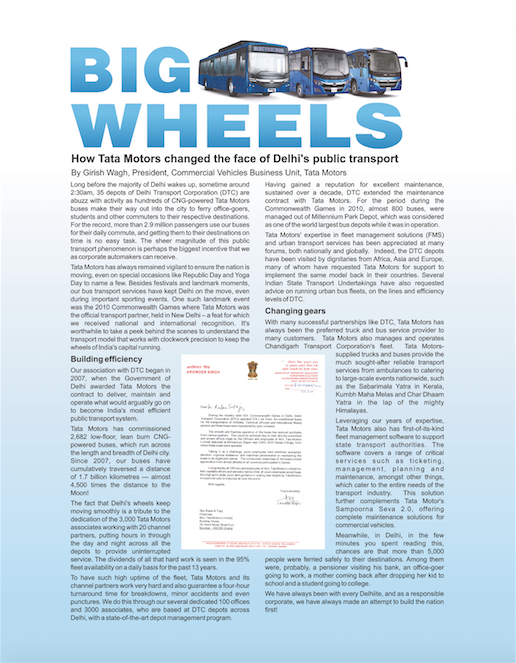