We have an innovative approach: Muhammad Saifullah Noor 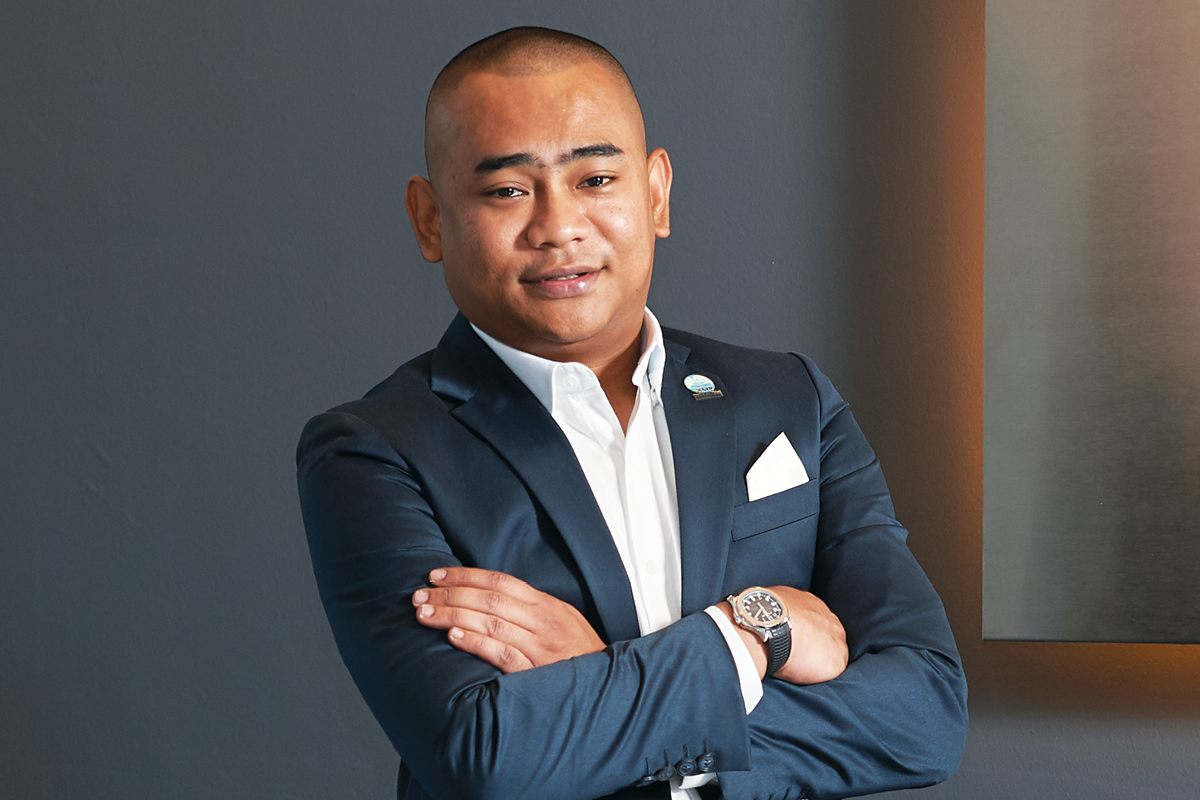 A bustling maritime trading post since the 15th century, the Strait of Malacca has long been a port of call for ships along the Maritime Silk Route between Europe, the Middle East and Asia. Each year, hundreds of thousands of ships transit trough this waterway connecting the Pacific Ocean on the east and the Indian Ocean on the west. Located in the centre of the Straits is Kuala Linggi International Port (KLIP), a US$4 billion development designed to handle the biggest oil tankers on the planet, offering storage, ship repairs, fabrication yards and other port and maritime logistics services.

Funded largely by its founders, port operator T.A.G. Marine and port developer Linggi Base developed the 250-hectare KLIP in 2016 to attract a slice of traffic sailing on to the Strait of Malacca. The popular and congested trading hub is located in a region that produces US$600 billion in oil trade every year – a third of the world’s annual oil trade.

The KLIP development complements other major ports along the Strait of Malacca. With its value-added services, the potential for savings is clear for those who do business in this region. Strategically positioned between the Negeri Sembilan and Malacca, KLIP is well-connected to Kuala Lumpur International Airport as well as the surrounding cities.

KLIP CEO Muhammad Saifullah Noor is committed to developing the base into a world-class, green industrial hub for oil and gas infrastructure, and port and maritime services.

“Surrounded by naturally deep and calm waters, KLIP occupies an ideal location for lightering services of liquid bulk cargo carried by large and ultra-large vessels,” he explains. “The maritime services we provide are easily accessible without much deviation from the active shipping lanes within the Strait of Malacca – saving time and money for shipowners, brokers, agents, oil majors and traders.”

A skilled accountant and the son of T.A.G. Marine founder, Noormustafa Kamal, Saifullah was called to the organisation in 2009 in a finance and general management capacity. “I always believed in the organisation’s vision, capacity and capability to further develop KLIP, and have played a core role in its turnaround and expansion ever since,” he explains.

“These activities have led to major job creation within the local business community, providing opportunities to tap into local resources and upscale the expertise of other sub-sectors in our marine industry.”

Saifullah explains that KLIP has significantly boosted Malaysia’s GDP in the past 10 years, as a result of the heavy influx of ships paying to use the port. “KLIP and its marine services complement the needs of vessels passing through the Strait of Malacca, with enhanced services, central positioning and safer navigation,” he says.

“It is a logistics hub for oil and gas trading in this region, and it has brought flourishing economic and socio-economic development to the region by creating a hub for the petrochemical sector.”

“The journey hasn’t been easy,” Saifullah admits. “And it wouldn’t have been possible without KLIP’s shareholders, who have been persistent and tireless in their efforts to transform the project into a major regional port.

Significant funds were needed to develop our in-house resources and personnel, and acquisition of tugboats, barges and other equipment that required high capital investment. T.A.G. Marine has managed to secure all of this because we have an innovative approach and impressive track record in the maritime industry.”

KLIP also faced scrutiny in the media regarding its perceived environmental impact. Nevertheless, Saifullah and his team managed to overcome these issues. “A certain quarter of the local community believed the development of the port and project was non-viable, so it was an uphill battle to prove to everyone that our development of the port is sustainable. It took time, but the evidential benefits of KLIP outweighed these doubts,” he explains.

“KLIP has been consistent in adhering to the standards of the International Maritime Organization and we have undertaken various environmental studies to make sure our port and maritime services operate at the highest level. Both our business and our clients will continue to monitor the potential environmental impacts of our operations into the future.”

According to Saifullah, Malaysia’s marine industry has been very positive towards the development of lightering and maritime services such as KLIP. “In the development stages, we were particular about adhering to international marine standards and Merchant Shipping Ordinance in regard to licensed port limits.”

Saifullah says the potential growth of this port will translate into a number of positive impacts on the socio-economic environment in Malacca and Malaysia, and is expected to generate about US$4 billion in domestic and foreign direct investment in the coming years. Nevertheless, KLIP’s gross development value is expected to increase up to US$25 billion upon the completion of the project.

Under Malaysia’s Government Transformation Programme – aimed at transforming the country into a high-income nation as per its Vision 2020 – port and maritime activities have been identified as a National Key Result Area to drive economic growth. Saifullah says KLIP is well-positioned to benefit from this increased focus on improving the country’s port and maritime services to become a stronger maritime nation. 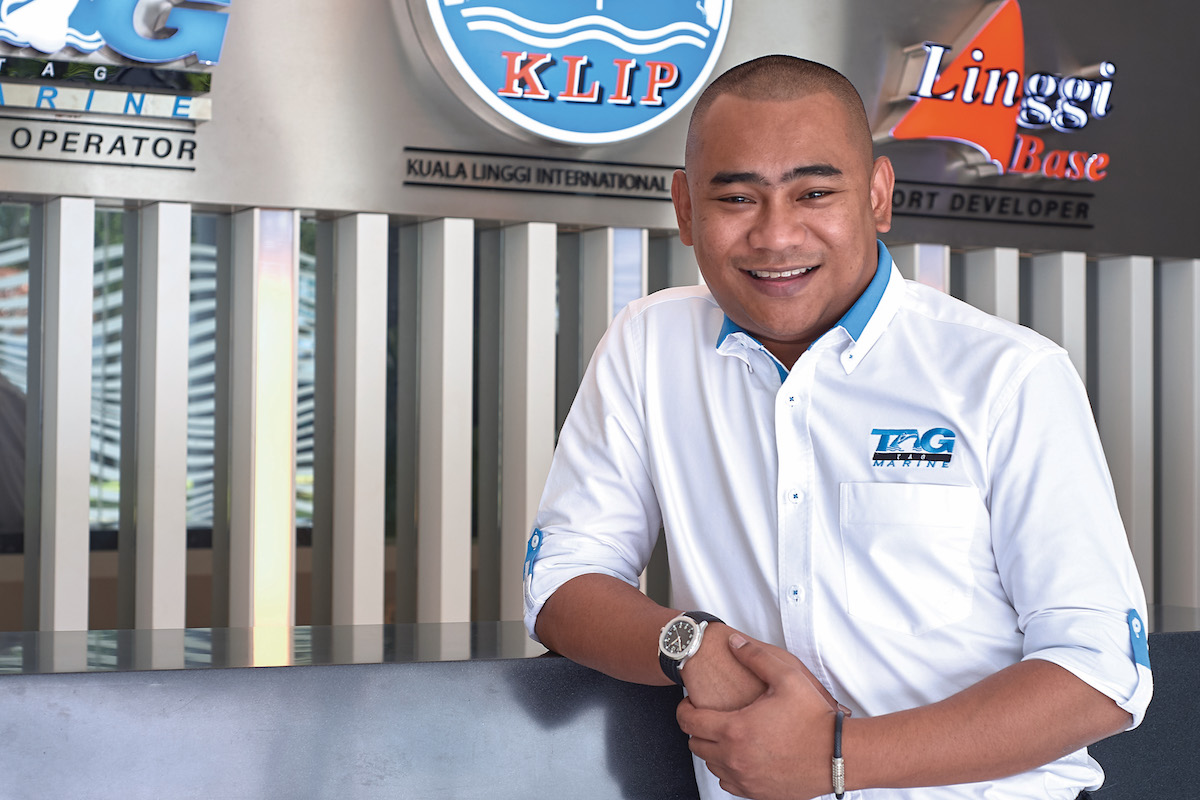 Saifullah describes the culture at KLIP as lean, mean, performance-driven and results-oriented. “You have to do what you like and like what you do. We uphold the highest level of integrity and we pride ourselves in the delivery of superb and efficient services at all times,” he remarks.

“We are a flat, friendly organisation in which no internal politics are allowed. We place emphasis on strategic planning to ensure we have maximum efficiency and our staff are experts in their respective fields – enabling them to empower others and drive results across every department.”

When it comes to developing strong partnerships with suppliers and vendors, Saifullah first aims to develop a feeling of trust. “This trust is based on our shared commitment to delivering reliable and efficient services – it works both ways. T.A.G. Marine has a proven track record in good marine business dealings, which encourages other companies to do business with us,” he explains.

“T.A.G. Marine has a proven track record in good marine business dealings, which encourages other companies to do business with us.”

“The best part of my job is when I manage to overcome or resolve issues and deliver the desired results to our clients. Being acknowledged for these accomplishments really boosts my self-esteem and confidence.”

According to Saifullah, the future of shipping in Malaysia is on an upward trajectory. Improved support services and provisions to ensure maximum efficiency are expected to boost trade opportunities manifold and the government has implemented substantial measures to create a free economy for trade.

In the short-term, T.A.G Marine will further develop KLIP to optimise its water column and its relationship with stakeholders and potential clients, and increase job opportunities.

“We’re working to minimise congestion down south and improve KLIP’s regional branding to attract more vessels. With increasing numbers of large ships plying through this region, our vision for the future is that KLIP will become a global green industrial hub for oil and gas, and maritime services, making it the preferred choice of all logistic and maritime industry in the region.”

“My leadership philosophy rests on my belief that hard work and perseverance pave the way for success. A good leader is passionate about their work, committed to achieving their goals, and far-sighted and visionary towards accomplishment. Most importantly is attitude – you have to be a role model to others.” 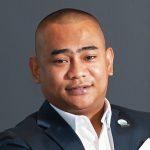