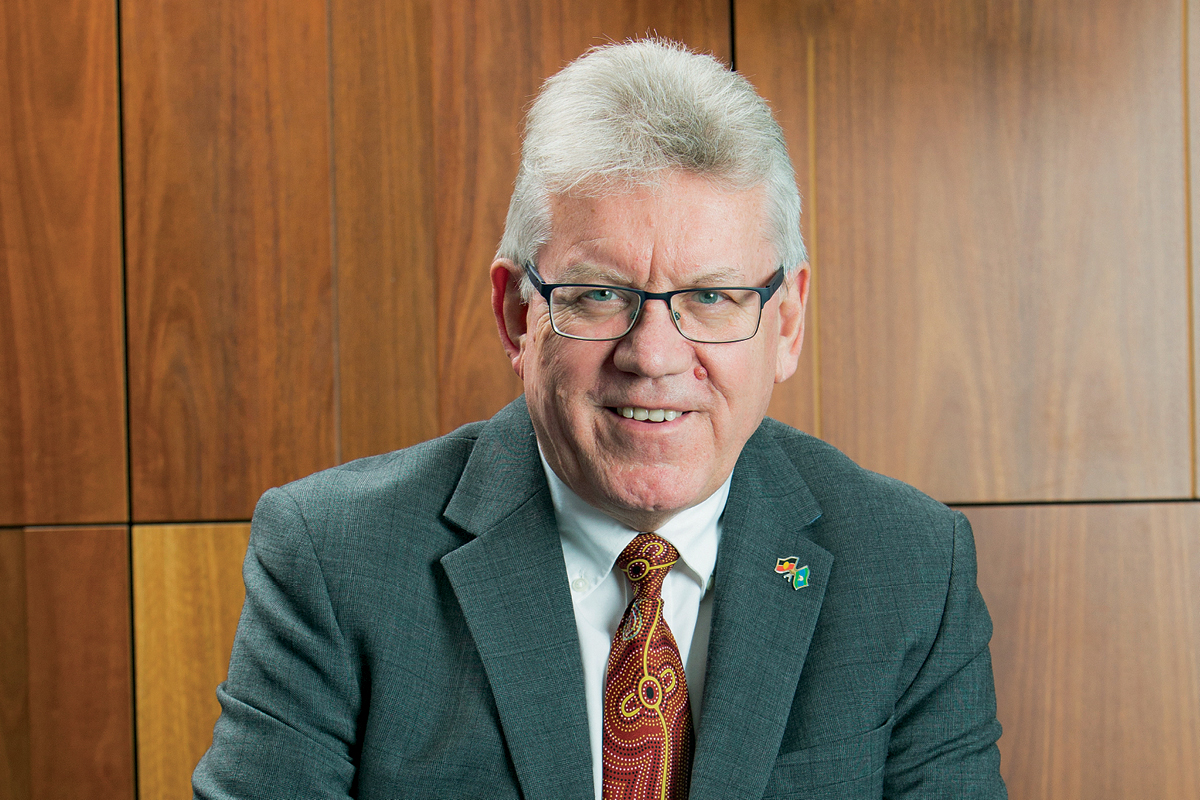 Neil Scales is the longest-serving Director-General in transport and infrastructure in the Commonwealth. For him, it’s about working for a great purpose. “I love that every day is different, and I love making a difference.”

Neil is obviously passionate about people, internally within the organisation and externally in the community. With more than 9,000 staff in locations across Queensland, the Department of Transport and Main Roads Queensland maintains an overhead strategy to ensure everybody is the best they can possibly be.

The Department has around 90 female engineers. Neil cultivates an environment of empowering women in the workforce. “We’re encouraging them to keep competing through professional development, and the subset of that is we’ve got flexible working options,” he says.

“We’re encouraging women to come back to work. I’ve seen the numbers grow in the past seven years. Approximately 32% of the workforce are females, and my executive leadership team consists of four women and three men.”

To better connect with people, Neil does a series of roadshows each year, where he visits different regions of Queensland. “I have them here in Brisbane, but I also go out to the regions and do a presentation about where I see the Department going, what we’re doing with technology, our various initiatives. But the most important part is the Q&A at the end. I’ll take a question on anything from the floor.”

Neil and the Department have seen plenty of natural disasters to date, and continue to face them. “We had tropical cyclone Penny, then we had bushfires, we had the worst monsoon in 500 years and tropical cyclone Trevor,” he says. “All these things put stress on the network and require the department to connect everything back up again as soon as we can for the economy and for businesses and facilities.

“We’ve had overlapping natural disasters this year,” Neil continues. “And this is one of the things that signal climate change is a real issue and is going to cause challenges, not just for this department, but for the whole of Australia.”

The organisation is tackling these challenges in several ways. “First, when you’ve experienced a natural disaster, you pump out as much accurate, relevant and timely information as you can, and we use our website, Queensland Traffic, for that,” Neil explains. “That’s going to provide accurate information about what’s open and what’s closed, and how long it’s going to take to fix.” The second step is to “target harden” the infrastructure. “We use something called foamed bitumen,” Neil explains. “When water submerges a road, you usually get lots of problems with the road’s surface after the water goes away but with foamed bitumen, it’s much more resilient, so we’re using more resilient materials as a matter of course.”

The Department uses a road surfacing material called EME that uses 25% less greenhouse gas in its production. Neil says that, while the Department tries to encourage people to use electric vehicles, it will lead by example and use material on the road that is more resilient and uses less carbon dioxide to make.

Another way to tackle climate change is by reducing greenhouse gases. “We’re experimenting with electric vehicles,” Neil says. “We have the largest electric vehicle super highway in the world in Queensland, from Cairns to the Gold Coast, from Brisbane to Toowoomba, and there are free charging stations every 200 kilometres. We’re encouraging people to use electric vehicles in the future.”

On top of that, it’s also spending around A$230 million on cycling campaigns, including Australia’s first ever ‘hackathon’. “Over the next four years, we’re encouraging more people to cycle actively,” Neil assures. “We did a thing called BikeHack19. It encouraged people to come up with innovative ideas from bike tech to gamification and new business, and cycle more.

“We’re not just using the traditional methods,” he continues. “We’re trying to use new technology to attract, retain and connect people to our network.”

“We’re trying to use new technology to attract, retain and connect people to our network.”

Way of the future

The Department has put effort and resources into Mobility as a Service (MaaS). Neil is confident that MaaS is the way of the future. “It allows travellers to plan their journey before they leave their home,” he explains.

“It is about connecting all modes of transportation – whether it’s bus, rail, ferry, walking, cycling, electric scooters or rideshare – into a system that allows people to plan their trip.”

Another initiative Neil has overseen is connecting autonomous vehicles or driverless cars to a more accessible payment system. “We’re going to have the biggest single trial, starting in Ipswich, at the end of this year,” he says. “We’re working on a new-generation ticketing project that will allow you to use your device or any contactless credit card to pay for travel.” 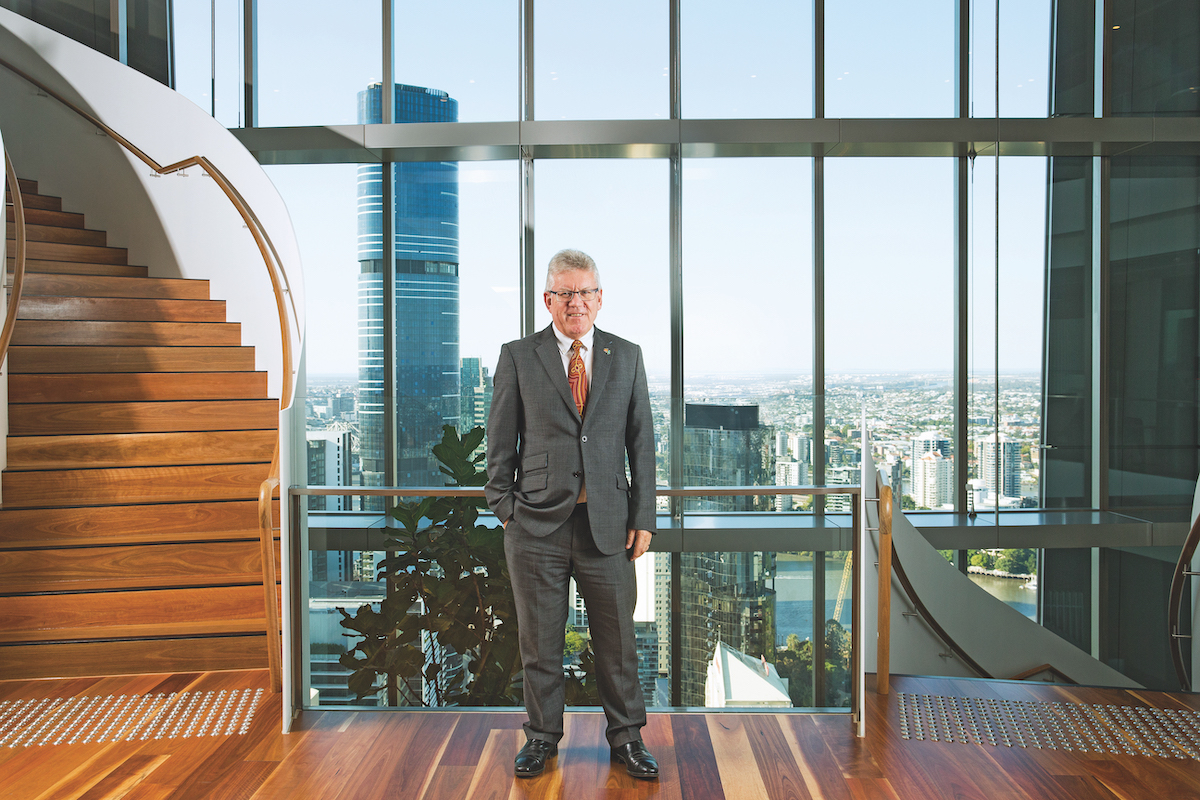 With new projects come new challenges, and that includes infrastructure for driverless cars. “People might think we can do driverless vehicles now but that’s not true,” Neil explains. “You must have the infrastructure ready to accept the autonomous vehicles.

“The work we’re doing is to look at what infrastructure and systems we need to implement to support connecting autonomous vehicles. The perennial challenge is going to
be delivering infrastructure on time and on budget.”

Today, Queensland’s annual road toll is 107, the lowest it has been since 2014. To increase road safety, the Department implemented the Traffic Management Improvements at Roadworks Project, which focused on three Es of traffic management: Engineering, Enforcement and Education.

“First, we use our engineering expertise to iron out any problems on the road,” Neil says. “That might be where we know there are high crash incidence rates. But we’ve just put out something called ‘Hold the Red’, which incorporates speed and radar cameras to detect if someone is going to go through a red light, then hold the red light at the other side of the junction, so there’s no T-boning.”

The Department is also providing a ‘green path’ on green signals for ambulance and fire brigades if they’re responding to an incident. “This technology decreases the potential for an emergency vehicle going through a red light.”

The second, Enforcement, means the Department, its colleagues and the police must work together to enforce the rules. This includes increasing the fine in Queensland to A$1,000 if someone causes an accident while using their phone.

“Obviously, stopping people from using their phones while they’re driving just isn’t working,” Neil says. “I have my smartphone, I lock it in the boot when I drive. It’s one area where we’re really pushing the ban forward.”

The last is Education. With the advent of mobile phones and new technology, particularly smartphones, driving has become more dangerous. The Department wants to reduce accidents on its roads, so it continues to educate people on the dangers of the road.

“We’ve just had a two-day summit on driver distraction,” Neil says. “It was led by my Minister and myself. We try to educate people and publish solutions to stop distracted driving. Distracted driving, fatigue, drink-driving, drug-driving and not wearing a seatbelt kill people – the so-called ‘fatal five’. 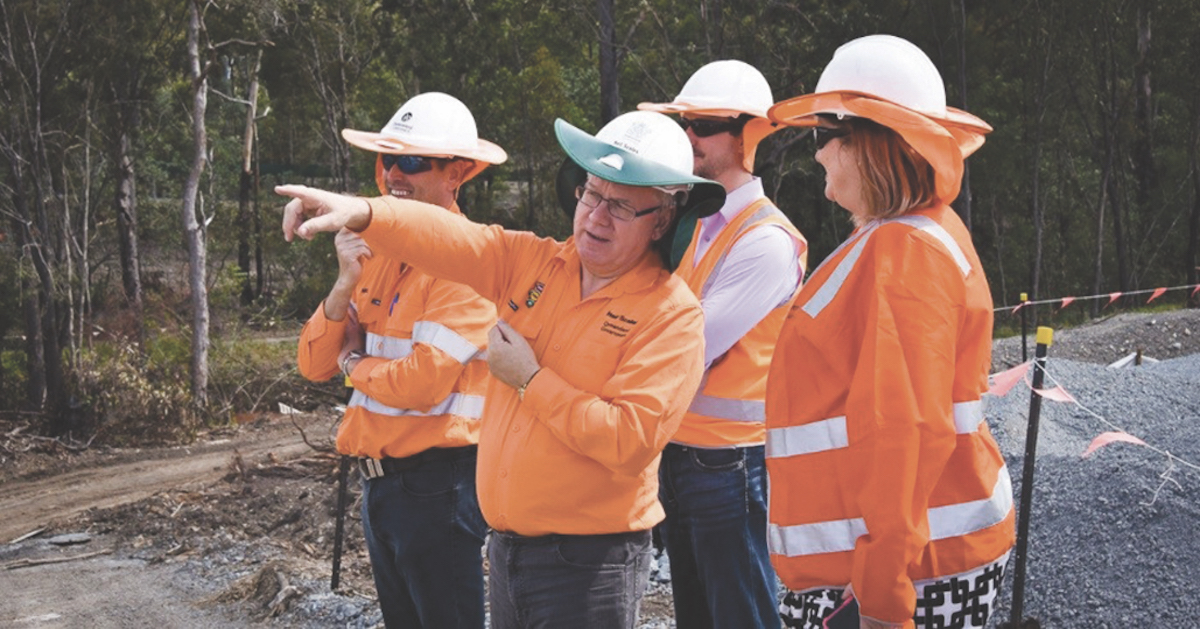 Neil considers his father as the greatest influence on his work. “He told me, ‘Neil, treat the person at the door or the person at reception the same as the Managing Director.’ Everybody has the dignity of their employment and you need to have respect,” he reflects.

“He also told me that I’d have as much impact on an organisation as putting my hand in a bucket of water and taking it out – the water would look like my hand had never been there,” he continues.

“He’s an 86-year-old miner in my hometown, and the third thing he told me was: ‘When you’re negotiating, let them know your answer really quickly; don’t say you’ll think about it. Otherwise, the people you’re negotiating with will convince themselves over the weekend that you’ve agreed to their terms.’”

The second person who has influenced Neil is Isambard Kingdom Brunel, whom he considers the best engineer the world’s ever seen. “Fortunately, much of his work has survived, so there’s quite a lot to look at. Brunel built bridges, ships and railways; he was just a great man,” Neil says.

The third is Leonardo da Vinci. “He was an incredible artist and engineer.”

“I come across as a credible leader because I’m down-to-earth and authentic. Leadership style is something you work at.”

Neil is also a champion of Indigenous Australians. He’s lived in the country for 20 years and, as a first-generation immigrant from England, he became interested in Indigenous issues in Australia. “It has become a passion for me,” he says.

“I didn’t know anything about the situation here. There’s no visibility of Indigenous issues from England at all. Once I learned, I became invested in it.”

The Department has involved more Indigenous Australians in its community building and projects. “I’ve had the Aboriginal community as a champion for us, so I’m a champion of the work in the community,” he says. “I’ve been working with the mayor and the community on different issues and what we can do. I want us to be an influence for better outcomes.”

Neil says he bases his leadership around four elements: the leader, the led, the tasks and the context. “I come across as a credible leader because I’m down-to-earth and authentic,” he says.

“Leadership style is something you must work at. Transport is a people business, and you must be genuine. You can’t be seen as detached or standing apart; you should be talking to the people all the time.” 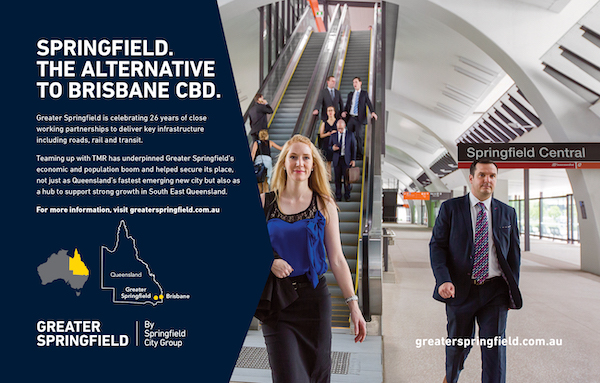