When the stars align: Pete Chareonwongsak 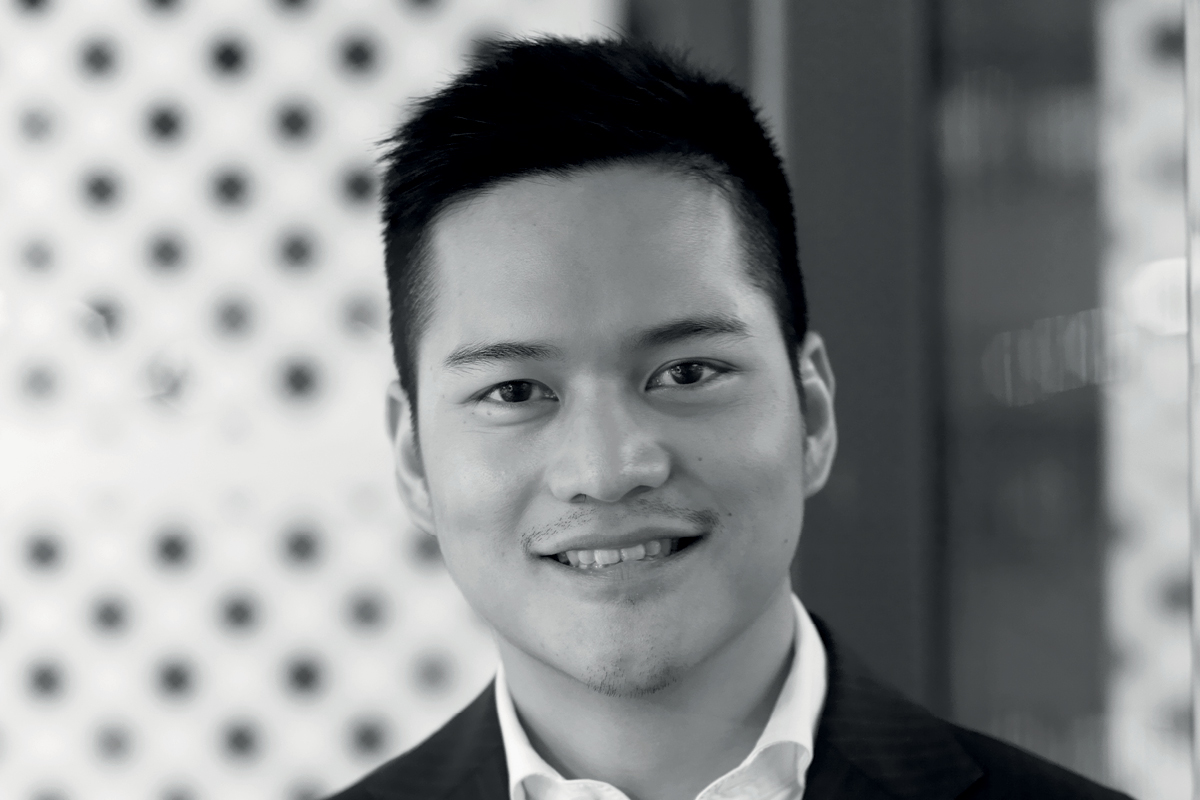 The best opportunities in life usually come along when you least expect them. That was certainly the case for Teleport CEO Pete Chareonwongsak. Back in 2012, he was working in finance and admits he had “zero interest in aviation” until a chance meeting with AirAsia Group CEO Tony Fernandes led to a job offer he simply couldn’t refuse.

“At the time, I was an investment banker and I was working on a project for Tony. He was trying to buy an airline in Indonesia. Halfway through the deal, he turned to me and asked whether I would want to join AirAsia. I thought he was crazy because he asked me in front of my boss in a formal meeting in the boardroom,” Pete laughs.

“I thought it was some sort of joke, but clearly he wasn’t joking because he asked me to come and see him afterwards. I said, ‘You’re leaving me in a very awkward position, but you must be doing something right, because I’ve never seen anyone as nuts as you before. What do you want me to do for you?’ And he said, ‘This airline that we want to buy, I’d like you to run it after we’ve bought it.’ And I said, ‘Tony, I know nothing about airlines. I know nothing about running a company. I am literally behind a desk doing research.’ But he said, ‘No, I think you can do it.’”

And he was right. Pete was appointed AirAsia Group Head of Business Development and spent the next four years setting up airlines in India and Japan as well as joint ventures in training, ground handling and leasing.

In 2016, he was promoted to AirAsia Regional COO, where he led the successful turnaround of AirAsia Philippines, just as Tony predicted. However, after working in many project-based roles, Pete was keen to sink his teeth into a role with a long-term vision.

“I’d pretty much worked on something different every 18 months, so I wanted to build something for a bit longer, rather than just cleaning things up and fixing them,” he recalls. “Tony told me he felt there was a huge opportunity in logistics that we’d neglected for so long. He wanted me to figure it out and make it my own.”

In 2018, Pete became CEO of AirAsia’s cargo and logistics arm, Teleport. Tasked with spearheading the company’s transformation from a legacy business into a digital venture, Pete knew he had a big job ahead of him – and he couldn’t do it without the support of his team. At the time, Pete was just 29 years old, which was a challenge in itself.

“I felt it was important people could look past my age and see the impact the team could create in a short period of time,” he reflects. “It wasn’t about the cult of a young leader; I needed to show I could work alongside people at all levels, ages and functions and demonstrate that with the same group of people we could quickly achieve a completely different set of results and earn their respect that way. I can’t change how I look or how old I am, but I knew I could change the perception people had of me.” 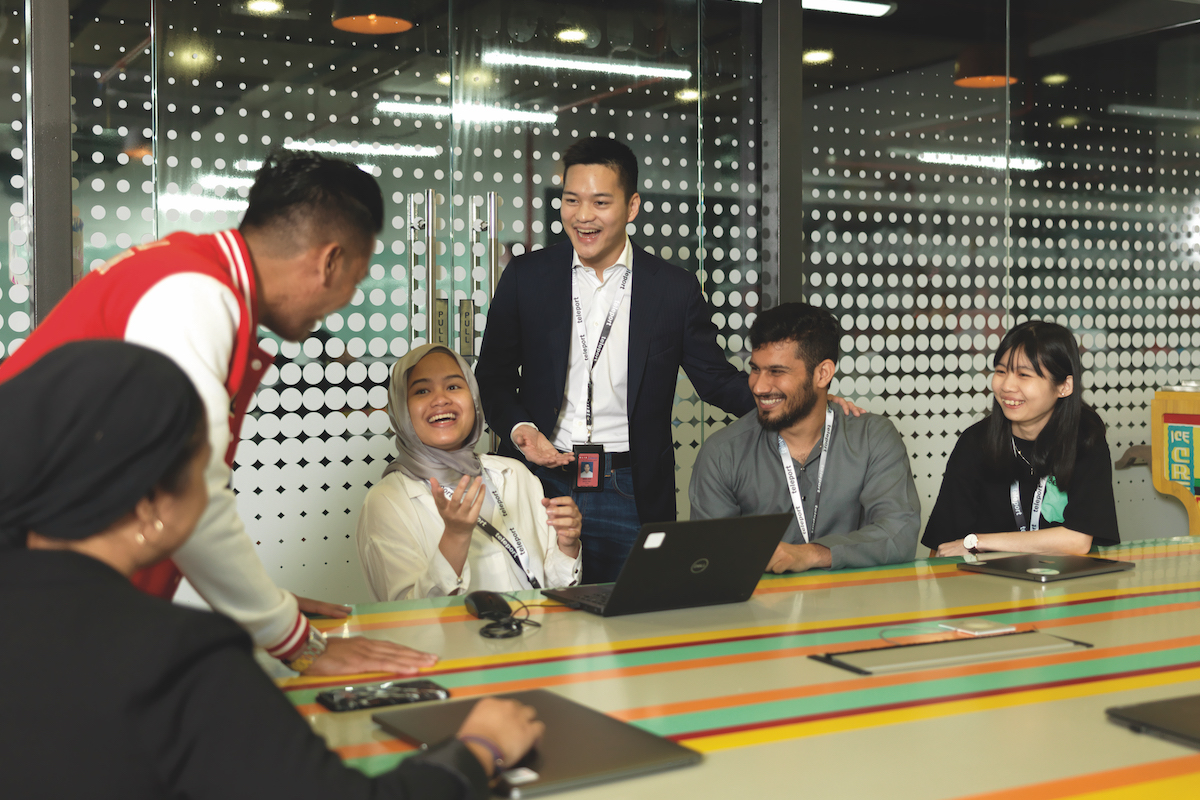 Teleport’s ultimate goal is to disrupt the logistics sector by enabling everyone – from large companies to small business owners and individuals – to ship their parcels and products across South-East Asia in 24 hours or less.

“We’re not building a business just for the lucky few or the big businesses, but essentially for anybody and everybody that needs access,” Pete says.

“The world is changing very quickly, and I think old business models will be trumped by new business models. The opportunity over the next three to five years is really to redefine what logistics looks like in the new world. Step one is to ensure that, for us, A to B doesn’t mean airport to airport anymore, it means door to door. It means door to door anywhere across South-East Asia in the same day.”

Pete points out that the rise of ecommerce in South-East Asia is a golden opportunity for logistics providers. Backed by AirAsia’s infrastructure, Teleport is in a prime position to take advantage of this growth trajectory.

“I felt it was important people could look past my age and see the impact the team could create in a short period of time.”

“Ecommerce strikes the region very slowly and then very rapidly. It’s currently less than 2% of retail in South-East Asia, whereas it’s more like 20% in China and the United States. Ultimately, ecommerce is that once-in-a-generation tailwind where we believe the stars are aligned for us,” he explains.

“In the age of ecommerce, packages get smaller and consumer expectations get faster. That’s perfect for an aeroplane like ours that we use for passengers and cargo. We have the best equipment for the business. No-one else can go and purchase 270 aeroplanes tomorrow or suddenly launch 85 routes in South-East Asia. No-one else has that foundation.”

According to Pete, Teleport’s digital transformation was made possible by maintaining strong relationships with its business partners. “Logistics is so huge; it’s impossible to do everything yourself,” he notes.

While Pete has worked hard to transform Teleport over the past two years, he concedes it’s still a work in progress. And most importantly, he stresses that it’s been a team effort from day one.

“This truly isn’t a one-man band. I can only be the catalyst for a lot of what we want to do and where we want to go. Ultimately, the team has to be empowered,” he insists.

“This truly isn’t a one-man band. I can only be the catalyst for a lot of what we want to do and where we want to go.”

“A lot of people have taken the leap of faith to believe in what we’re trying to build and sacrificed a lot to get us to where we are today. This wasn’t built by the CEO; this was built by the team that was enabled by the CEO.”