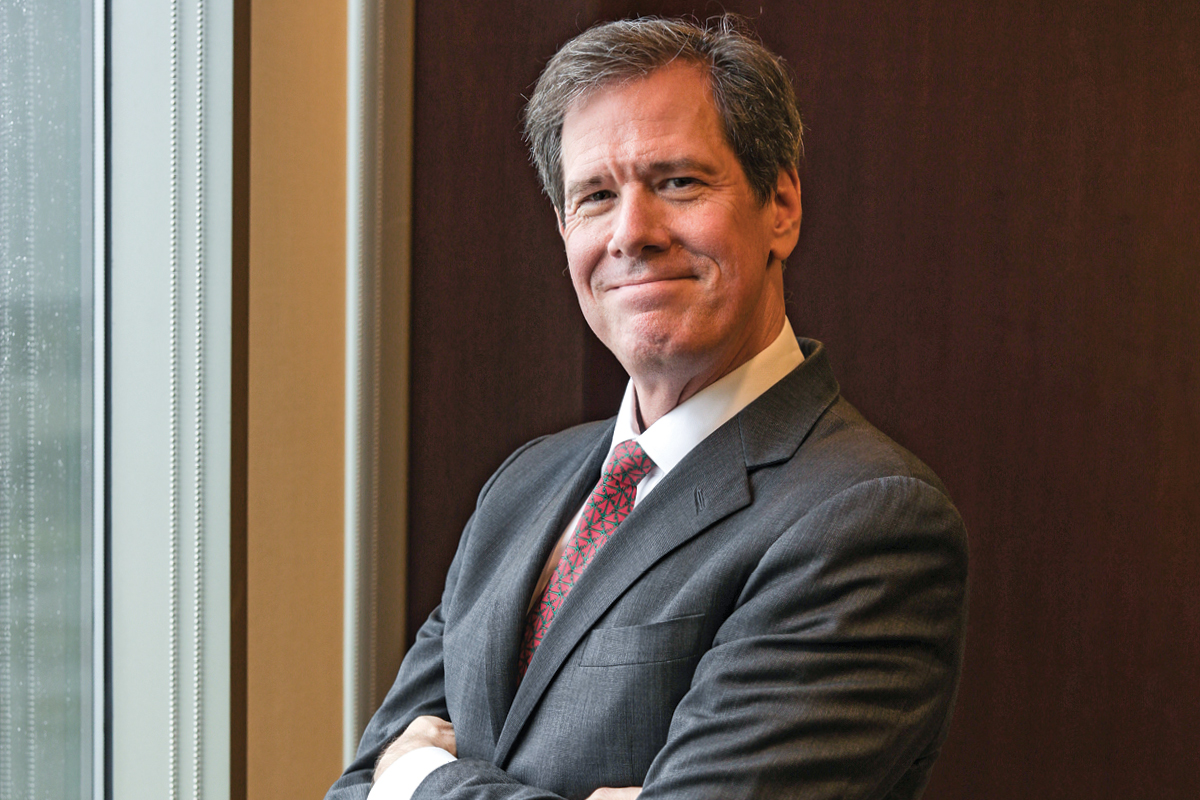 For Quintin Kneen, one of the greatest risks he took as a business leader was stepping back from his position as President and CEO of GulfMark Offshore in late 2018. Following the company’s acquisition by Tidewater, he was appointed Tidewater’s Executive Vice President and CFO, assisting in the alignment of two former competitors.

“Few people take that move, but I felt that the post-combination company would be the greatest franchise in the offshore energy business,” he recalls.

“There remains a lot of work to do to get us to a point where I would call this a clear success, but I feel that with the work the team has put in with the integration of the two companies over the past year, as well as some of the recent organizational changes, we’ve set ourselves on the right path.”

And now, just a year later, that risk has paid off in a big way. With Tidewater’s previous CEO, John Rynd, having stepped down in September 2019, Quintin has, in a manner of speaking, returned to the helm of GulfMark, or at least the company that now incorporates GulfMark’s capabilities.

As President, CEO and Director, he’s charged with the responsibility of guiding the company through this transformative period, as well as navigating an industry trying to recover from a downturn.

It’s no surprise that Quintin characterizes the merger as one with great potential; today, Tidewater is the world leader in providing support services to the offshore industry (which includes oil and gas, and wind energy).

“I felt that the post-combination company would be the greatest franchise in the offshore energy business.”

Starting from a single specialized offshore vessel in 1956, Tidewater now offers comprehensive services, including transport of crews and supplies, towing and anchoring mobile rigs and assistance in offshore construction projects.

But Quintin believes the future holds potential for further growth. “My vision for Tidewater is that we create the safest, most reliable, most scalable and most cost-efficient offshore vessel company in the world,” he says.

“This is being done by streamlining our shore base operations, utilizing technology and pushing accountability to the lowest appropriate level in the organization.

“We operate 220 vessels across the globe today, and we are the largest global operator. My vision will make us the vessel operator with the highest return on capital. To the extent we achieve that vision and remain the largest operator, all the better. Guiding the company through the recovery in the offshore oil sector remains the near-term priority, and achieving this vision will position Tidewater as the lowest-cost operator of high-specification offshore vessels, and ensure we have the highest return on capital in the industry.” 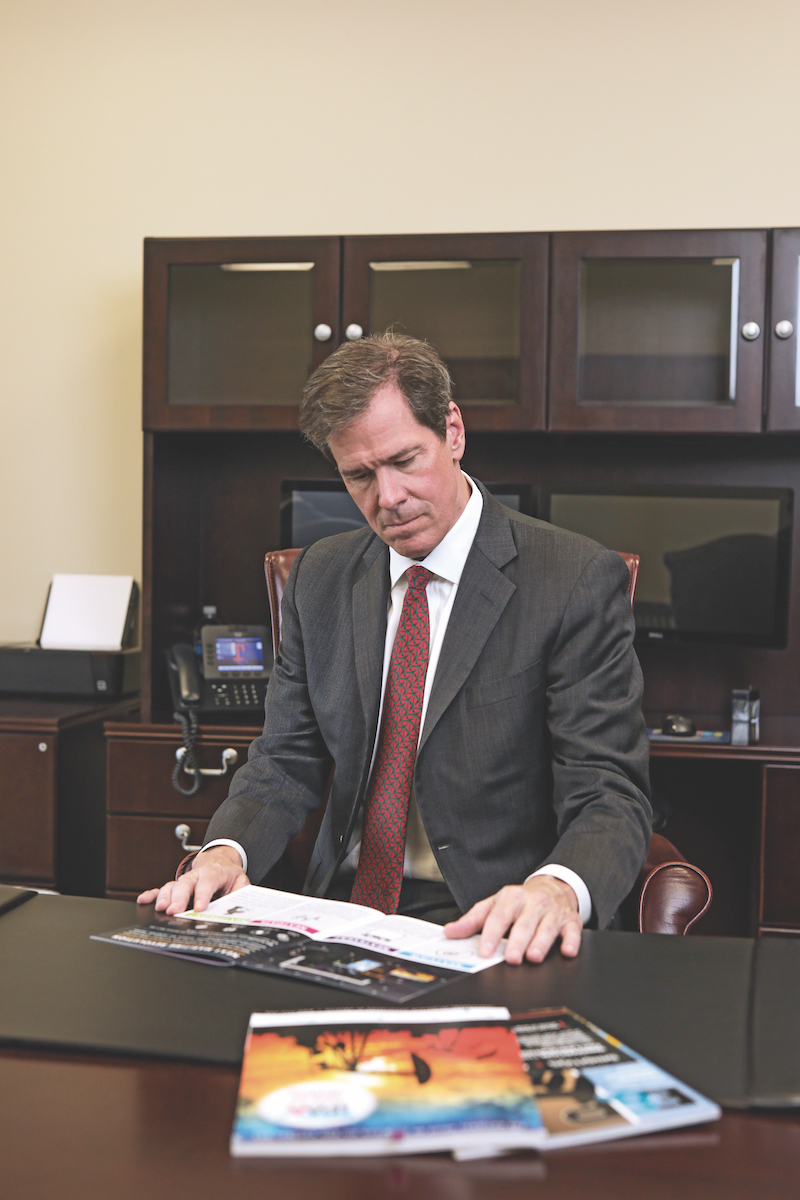 As the offshore industry – one particularly prone to cycles of difficulty – recovers from a downturn in shipping and energy, Quintin has developed a solid framework for Tidewater to move forward.

Throughout the second half of last year, the company reformed its executive management team, while incorporating new technology to improve Tidewater’s agility and scalability.

One particularly challenging element of the industry slowdown has been a decrease in available talent. Quintin says it’s been difficult to draw new talent into the business, which has led to an excess of talent at the top.

His solution is to build up the next generation of executives, maintaining a consistent leadership into the future.

Part of Tidewater’s efforts in this regard include the support of charities and organizations that help galvanize this younger generation and promote new talent.

This also goes a long way towards Quintin’s efforts to build a strong culture. “We’re only just beginning to recover from a five-year contraction,” he explains, “and to say it’s been tough on employees is an understatement. Keeping people motivated when you can’t provide the cash bonuses that other industries can offer, or trying to motivate them with equity compensation that is a fraction of the value you anticipate it will one day reach, requires choosing your staff well.

“Maintaining the right culture requires respectful, thoughtful leadership that over-communicates during periods of stress, but it starts with good hiring practices that match people to the challenges of your industry. Getting people excited and reigniting their passion for this industry is very important to us. We are spending a lot of time working on making our roles less administrative and more thought-provoking going forward to help foster that excitement.”

Quintin says this period of challenge and transformation has made clear to him the value of collaboration – the idea that a team can be greater than the sum of its parts.

The importance he places on working together has helped engineer “a safe and rewarding environment” for Tidewater’s employees, while positioning the company to offer substantial return for shareholders, through a focus on return on invested capital.

Despite the downturn of yesteryear, Quintin remains sanguine about the possibilities for the offshore industry. He believes participants in the sector will achieve focus, efficiency and financial success, while also predicting that maintaining a global presence may give way to regional specialization.

One of Quintin’s most intriguing predictions is that of industry consolidation; this, he believes, will lead to vessel fleets being merged, with poor-quality assets being scrapped – a net benefit for the industry.

But Quintin is careful to remember that Tidewater exists in a world much larger than the industry. “We’re a responsible participant in the oceanic environment,” he says. “Shipping companies attract people who love the ocean, and protecting the ocean from harm and leading the effort to ensure we have a sustainable oceanic environment is key to all of us.

“From water management and the reduction of noxious emissions to offshore wind farms and battery technology, we will continue to support the development of an offshore shipping industry mindful of the quest to foster sustainability.” 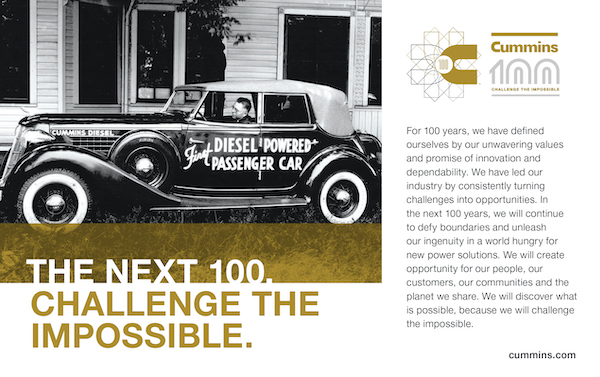