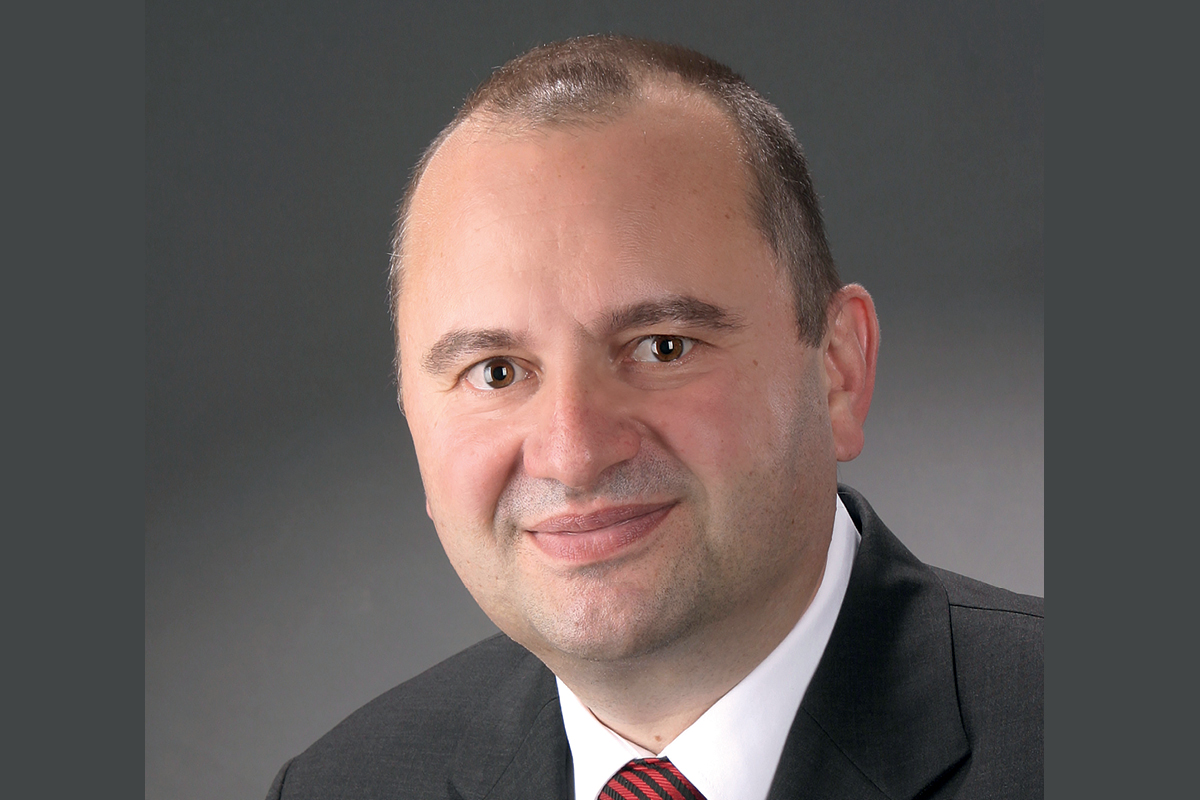 Würth Industrie Service, according to its CEO Rainer Bürkert, was founded on the principles of having an entrepreneurial spirit and the freedom to innovate. This was the motivation that drove Würth Group founder Reinhold Würth’s early efforts in business, after the death of his father left him running the business in 1954, at the age of 19. He built up the Group until it had more than 400 companies. Today, Rainer ensures the survival of these ideals in his leadership of the company Würth Industrie Service, one of the companies of the Würth Group.

“We want our people to have total responsibility,” says Rainer. “If they come up with an idea, they have the ability to implement it. At the end of the day, they’re free to act like a small entrepreneur in a big company. This company is known for giving employees that kind of freedom. When an employee does things the right way, they can create businesses, develop ideas without restriction.”

This encouragement of innovation plays a crucial role in Würth Industrie Service’s ability to stay at the cutting edge of the logistics industry. The company’s niche is C-Parts, small machinery components that attract disproportionately high procurement and processing costs. Würth Industrie Service aims to offset this through its management system, which handles more than one million types of industrial mounting materials and fasteners. 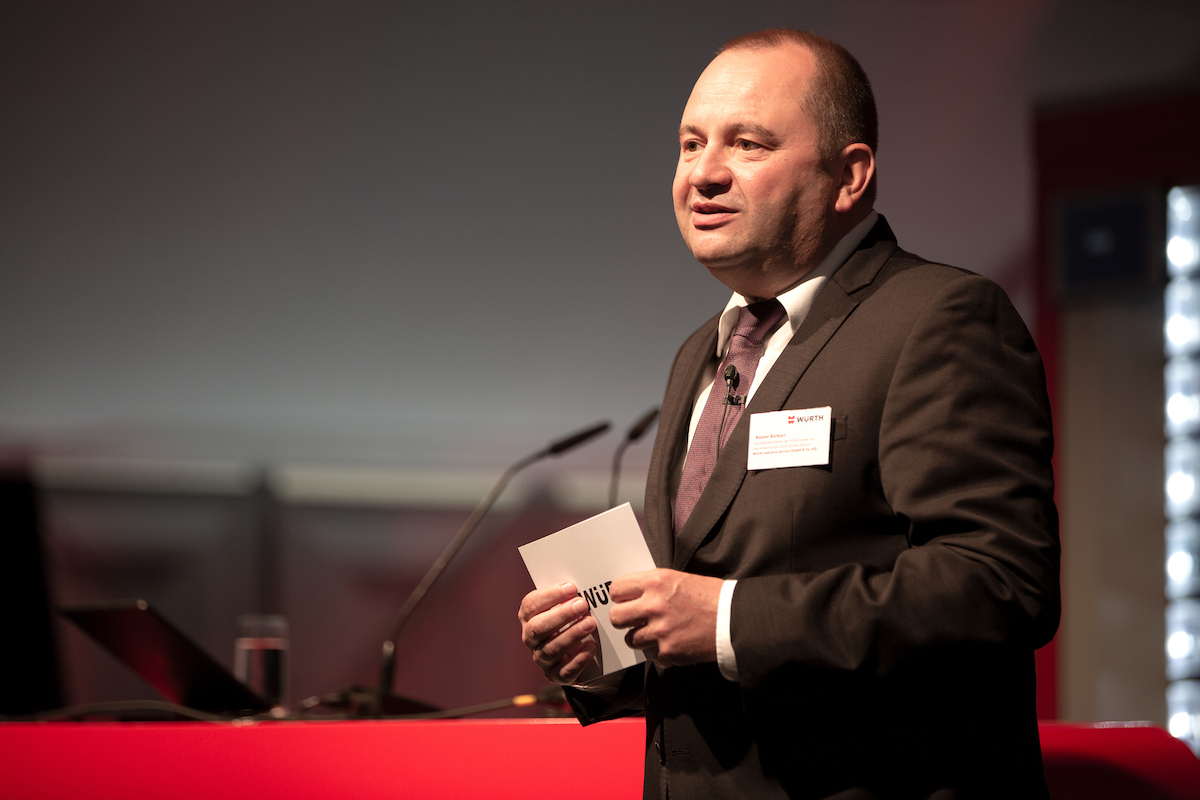 Rainer notes that the sector is subject to massive technological change and Würth Industrie Service must look to the future of digitalisation. To fuel this technological innovation, the company invests heavily in its R&D department and maintains partnerships with several universities. As well as this, Rainer organises “innovation teams”, which collaborate on new avenues of research for the company.

“These innovation teams are agile,” he says. “They’re assigned a concept, and the team consists of people from different departments who will work on that concept until they’re finished. From there, we look for the next idea. We have a strong network for creating our own ideas and systems. Our employees benefit from bringing ideas into the company.”

However, Rainer says the needs of the customer have not fundamentally changed – instead, it’s the demand of services that has shifted. With this increased demand, Würth Industrie Service has had to implement more efficient documentation of products, requiring a transition to a digital environment, with all-new IT systems. It’s a challenge to undergo such an overhaul, but today the company is all digital and no paper.

The result is an environment that facilitates a productive relationship with the company’s long-term, reliable suppliers. “We have an advanced platform from which we can work together, where we can exchange data, information and documentation with our suppliers,” Rainer says. 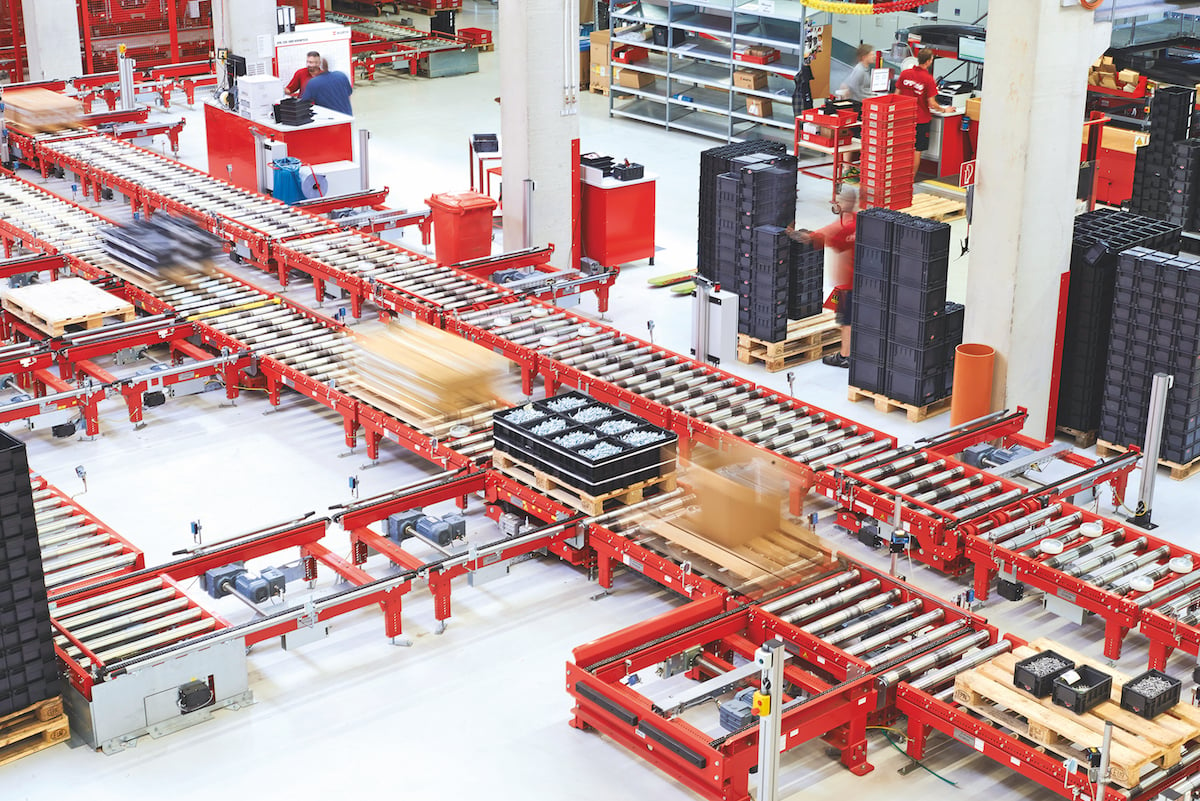 “For them, it’s easy to know what we want, how we want it and how to deliver it, so we can concentrate on advancing their products, and bringing innovation to our suppliers.” These changes have resulted in considerable growth for the company – not least, a rise in the number of new customers. Over the past 25 years, Rainer has seen the Industry Division of Würth go from a value of €5 million to €1.5 billion, with an average growth of around 10% each year.

He expects this to continue over the next few years at least and, what’s more, he aims to see the Industry Division of Würth double in size by 2025. Over the course of these next few years, Rainer wants the company to spend its time building capabilities and skills. Würth Industrie Service will be investing €130 million into its site in aid of this, and with this improved aptitude will come even more customers and younger, more innovative team members.

“We’re a young company,” says Rainer. “We’re growing rapidly. Therefore, we’re able to hire young people. With young people, you get fresh ideas in your company. This young thinking allows us to always have the latest skills on board.”

Rainer’s emphasis on ideas and creativity stems from the company’s founder. “One of my biggest inspirations is founder of the Würth Group, Professor Würth,” he says. “Even though he’s now 83 years old, he’s focused on the details, he’s open-minded, and he allows everyone who’s working with him to create their own ideas. He’s always supporting new ideas. This is a necessity for business – having a vibrant curiosity, always looking to the next hilltop.” 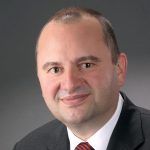