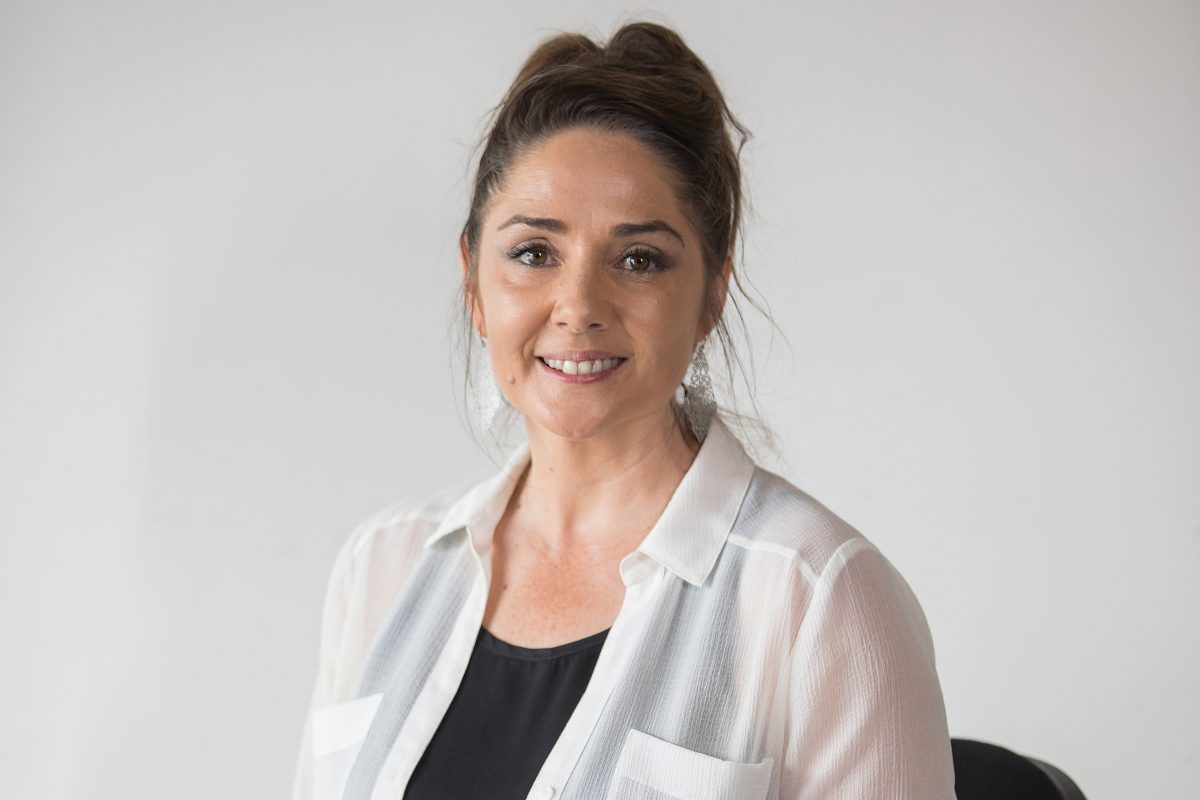 A mother of three who wanted to be a silent partner, Rebecca Rowe certainly didn’t set out to be Shield Traffic’s Managing Director. “My role was primarily to build the company’s document system for accreditation purposes,” she says. When the business partner split two years into the five-year deal, Rebecca was left with a Queensland-based company in an industry she knew nothing about.

“I had never run a company before,” she reflects. “But six years ago, with my husband, friends and family support, I found myself owning one. It was a steep learning curve; I quickly had to learn how to run a company with more than 100 employees.”

She set about educating herself and applying leadership methods. Gaining the support of her employees, Rebecca and her team learned to tackle it together. “It’s been fantastic, and we have a great group of people,” she says. “As a result, we’ve had real success. It’s not just me; it’s been the people around me that have built my success in this industry.”

Rebecca describes the traffic management company as an excellent place to work. “We have a low turnover,” she says. “We laugh a lot. We talk a lot. Everyone contributes, and the team helps identify what we do well and what we need to do better. Collectively, we sit at a round table and discuss where it should go. Everyone has support, and everyone is heard.”

Rebecca’s passion is people; she wants to empower them to feel important. She has learned the value of a leader who will listen with the intention of understanding. “Everyone’s role is equally important because we can’t do one without the other,” she says.

It’s crucial to Rebecca that every person in the company has a voice. “It gives a chance for my quieter members to express ideas, instead of just the people with stronger personalities,” she explains.

“I think that’s been our secret here. Success to me is everyone feeling that they have some ownership in this company because they’re all contributing. Every idea is heard and considered.” 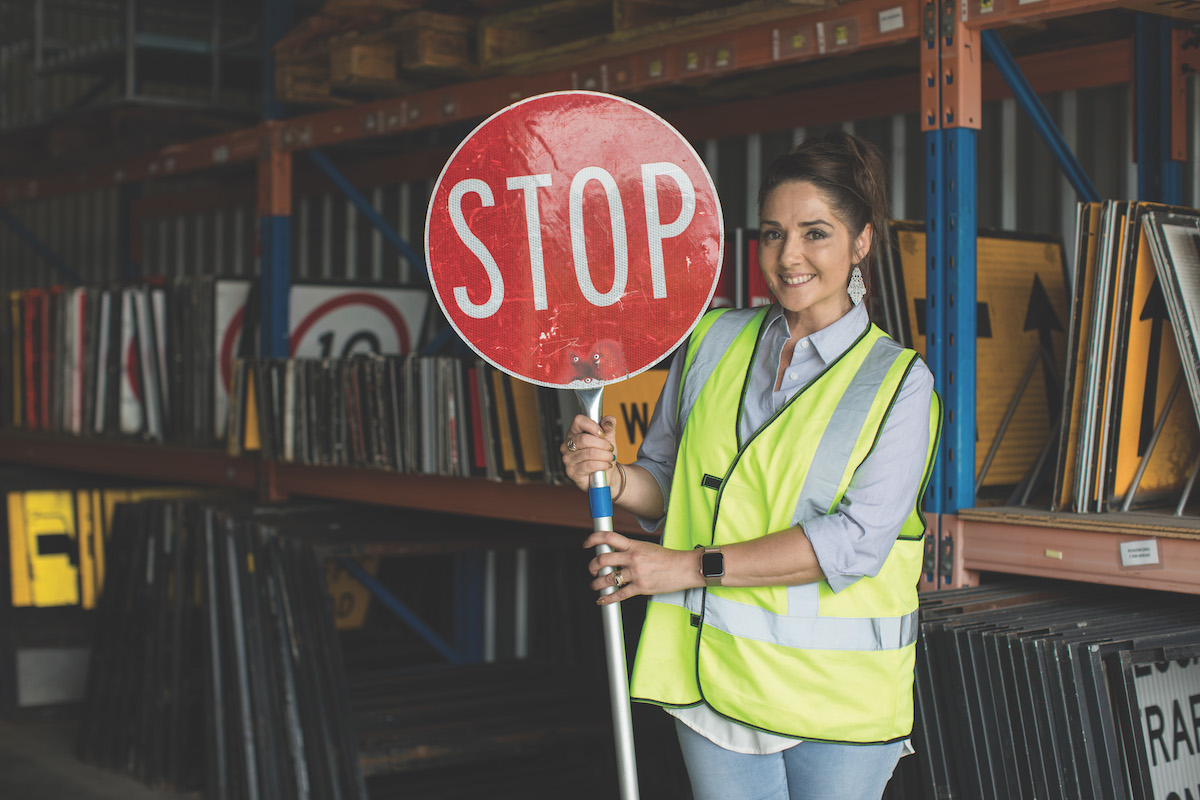 She has shifted the company’s focus to the people and the reason why the industry exists, rather than the bottom line. “My greatest achievement is that I’ve built a company that offers employment to people to support them and their families,” she says. “To be a business owner in this country is hard work, and I work to keep my company going so that I can give people in regional Queensland an income.”

Traffic management protects the lives of people on the road. “Traffic control was created to build a buffer,” Rebecca says. “It creates safety around people and protects road users. I think my success comes from bringing it back to being a respected profession. When they stand on the road, they should be respected for what they’re doing – saving the lives of people.”

Rebecca commutes from Melbourne to Queensland, usually staying for five days at a time. “I have three children,” she says. “Getting on a plane on Monday morning and not seeing them until the end of the week for eight years has been tough. I’ve watched them go from the start of primary school to the end of high school and missed half of it.

“There have been a lot of times when I’ve questioned what I’m doing, but one day, my little one wrote in a school diary that she wanted to be like me and run a company, and at that moment I realised that I wasn’t failing them in the choices I had made.

“I watch them be so capable of running their own lives at a young age. They’ve learned to be selfless, self-sufficient, competent and confident.”

Although some might think that a full-time working mother may not be ideal for their children, Rebecca believes the opposite can also be true. “Perhaps it gives them a role model or helps you realise that you don’t have to be present 24 hours to be a good parent,” she says. “It’s hard to balance, but for all the working mums out there, and the working dads, we can still be both.

“I don’t believe it’s a women in business thing. I think it’s the ability to recognise that parenting in today’s age is not like the old days and we are going to have more homes where both parents need to work,” she says. “It’s just reality, and normal for our children. So, as a good friend of mine always says, ‘Embrace the suck!’” Rebecca is enthusiastic and creative, and describes herself as a disrupter. She says she loves a challenge and is continually thinking of new ideas. Still, her real sense of achievement comes from learning to get the best out of people and turning it into a business that generates opportunity.

“I’ve realised that I love learning how to understand people, figuring out what they need and shaping a business that provides that,” she says. The business is certainly generating opportunities, and Rebecca says the demand for its services, quality and compliance has been growing.

“Years ago, when we were competing against national players who were dropping the price out of the market to swallow up smaller players and gain a monopoly, we decided that we wouldn’t follow them and wanted to lead as a small company,” she explains.

“We focused on improving our quality and service and gaining respect and value. We held on and hoped that we could ride through the national monopoly. Sure enough, we’ve been getting phone calls for years to push our region and supply further out. I’ve always said no, believing we had more than we could handle already.”

Last year the company received a phone call asking it to consider moving further up the coast. After much discussion and research, it changed Rebecca’s outlook. “We had some meetings, had a look around, and I realised that in those regional areas, compliance and safety could be boosted from the way we operate, and there was room to bring some new perspective to our industry,” she says.

This year has seen two new branches open with the intention to provide services undiluted to other regions. “When I mean undiluted, I’m not going to promise the world to them,” she explains.

“I don’t want 100% of the market; I want 10% of the right market and people who are interested in the value of protecting people’s lives and making sure everyone goes home at the end of the day.

“We’re pushing and we’re growing, which is imperative. We’ll see where it goes from there. If I can offer employment to more people around the great state of Queensland, then so be it.”